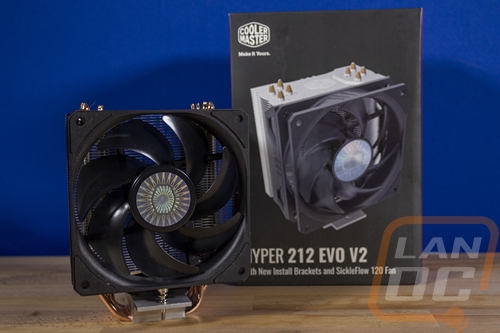 For cooling performance testing I do a whole series of tests. I run three different load types both at 100% fan speed and with the stock fan profile our motherboard provides. I do this across three different CPUs to get an idea of what to expect depending on what you are using the Hyper 212 Evo V2 on. This includes the 3900X, 3600X, and then the 3400G. I start with the AIDA64 Stress Test using the FPU load which is the most demanding. Because Ryzen CPUs like to cap at a specific temperature and downclock for these extra demanding workloads I also keep track of the clock speeds. Sadly our original Hyper 212 results seemed to be off and I had to remove them. At 100% fan speed on the 3900X, the Evo V2 came in at 73c which was running with the Dark Rock Slim and U12S. The same goes for the stock fan profile. With the 3600X the Evo V2 was two/three degrees lower than the Dark Rock Slim and U12S at stock fan speeds and  4/5 with the fan cranked up. Then on the 3400G it matched them at stock fan speeds and came in a degree behind at 100% but did get a step up in clock speeds. 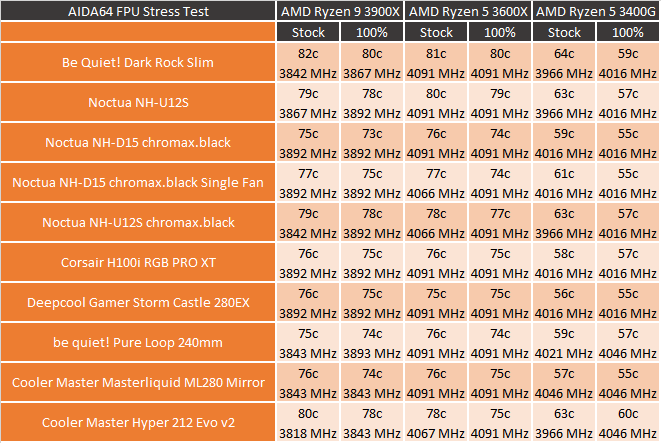 My next test used Blender as the workload, which is another FPU workload but is a real-world usage. With the 3900X the Evo V2 came in below the Dark Rock Slim in performance both on temps but matched it on the stock fan speed clock speeds where the Noctua NH-U12S ran slightly cooler with a bump in clock speed. On the 3600X the Hyper 212 Evo V2 ran warmer than the other two on both tests but did at least match them in clock speeds. Then for the 3400G, the EVO V2 came in a degree lower than the Noctua at stock fan speeds but two higher at 100% fan speed, but matched clock speeds at 100% and was a touch higher on clock speed at stock fan settings. 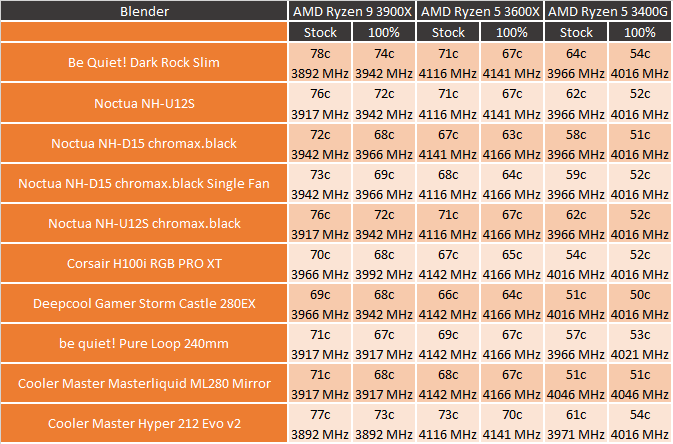 My last tests were back in AIDA64’s Stress Test again, but this time using the CPU workload which is a little more realistic with your everyday usage as well as in game performance. This workload doesn’t push things as hard and doesn’t require we keep track of clock speeds for each cooler. The Hyper 212 Evo V2 did well with the 3900X, being both the Dark Rock Slim and the NH-U12S at 100% fan speed and matching the U12S with the stock fan profile. With the 3600X it outperformed both coolers on the stock profile and matched the same 55c on the 100% fan speed. Then with the 3400G it was significantly cooler on the stock fan profile but matched the U12S at 100% fan speed and beat the Dark Rock Slim by 1 degree.

We have 771 guests and one member online