Today we are looking at the Noctua NH-U9B. This of course is far from the first product from Noctua that we have tested; in fact, we have looked at just about everything from their current product lineup. The NH-U9B is similar to the NH-U12p but smaller. Replacing the 120mm fan with a 92mm the NH-U9B is the perfect size for smaller more compact setups. If it's anything like my past experiences I'm sure I won't be disappointed. 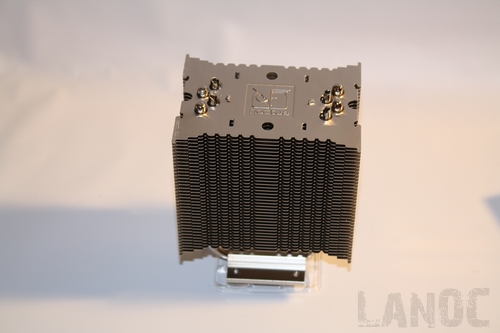 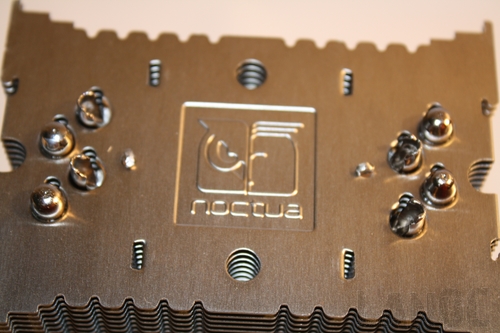 Noctua packed the NH-U9B into a smaller version of the same packaging that we have seen their other heatsinks in. The front has the typical Noctua brown, black, and blue coloring. Also on the front you will find a short feature list and most importantly a window giving you a glimpse of the heatsink hiding in the box. Moving around the box there are two diagrams (one for LGA775 and the other AM2+) showing off the SecuFirm mounting system. Along with the diagrams there is a list of parts that you will find in inside. On the back Noctua has a list of features with descriptions and pictures along with some great information on the Vortex-Control Notches also. On the last side there are a collection of Awards from some of our review friends along with short product descriptions in six languages. 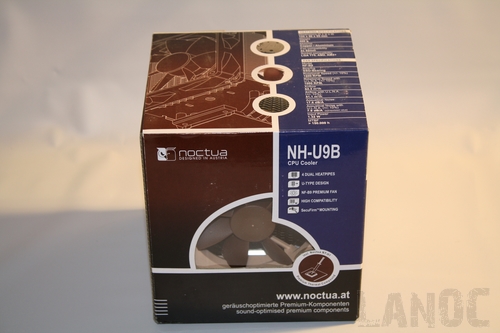 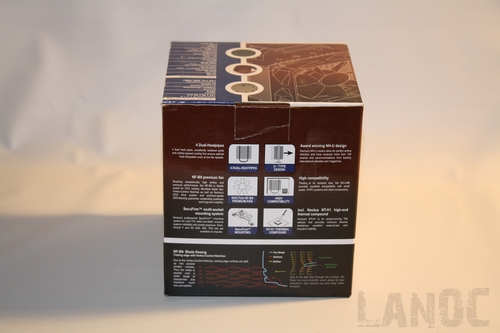 I hate to sound like a broke record, but Noctua found what works best and use repeatedly. All of the parts are broken down by the platform, bagged and labeled making it very easy to find the parts needed. The instructions are very professional and easy to read. As much as I hate removing the motherboard to install heatsinks, it's rare to find a good heatsink anymore that doesn't require it. I have found the Noctua both through system is simple and easy to use, making it one if not the best setups in the business. 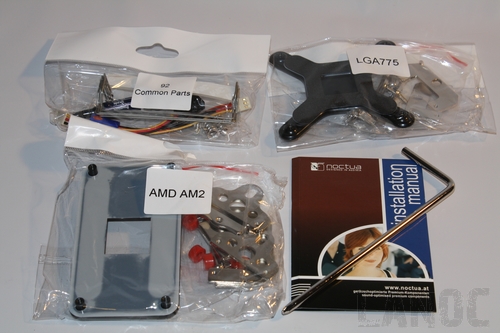 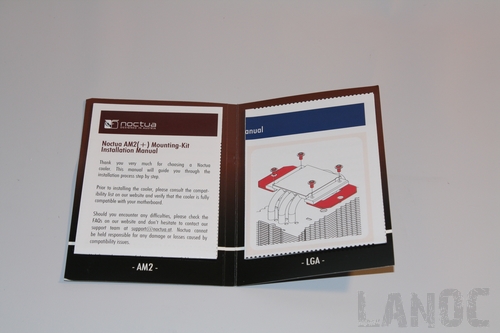 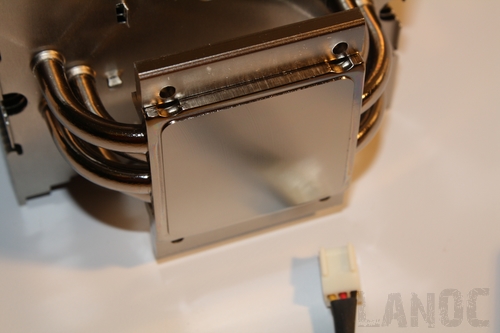 I put the NH-U9B through our standard heatsink test. Our standard test consists of letting the pc idle with nothing but RealTemp 2.5 running and recording the lowest average temperature reached. For our load testing, we ran prime95 for an hour on all four CPU cores. The highest average temperature reached is our result. While doing all of our testing no matter the time of the year we make sure the ambient temperature is at 70 degrees. Our CPU clock is set to stock settings and all of the fans on our Antec Twelve Hundred are turned on the max setting. Because of the case, some of our results may be lower than tests run in cases with less airflow. Some people have experienced lower temperatures using a push pull setup with the NH-U9B and because of that Noctua sent along a 2nd 92mm fan.

After putting the NH-U9B through our testing, I was pleasantly surprised by the performance that I saw. Coming in close to the NH-C12P's performance numbers with a smaller fan was good to see. When using a second fan in a push pull configuration my test numbers didn't change, but I think this may have to do with how close the 2nd fan was to the cases rear fans. In a different case, the numbers would probably be different. 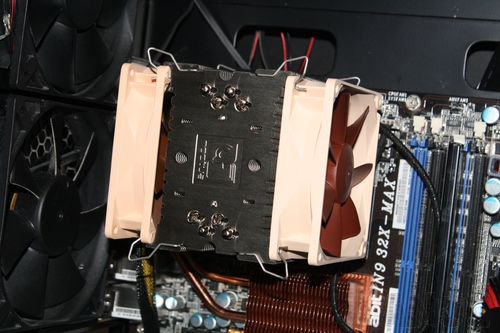 At this point, I expect to be surprised by the performance for Noctua's heatsinks. It's always obvious that every last detail has been thought about to an extreme. With the NH-U9B I of course wasn't disappointed. The installation went perfect with the help of clear instructions and clearly labeled parts. Of course I would still love to see Noctua use different colors for their fan's, the brown and pink don't really go with most setups. At just under $50 bucks, the price is a good value for a Noctua heatsink making this a popular choice. 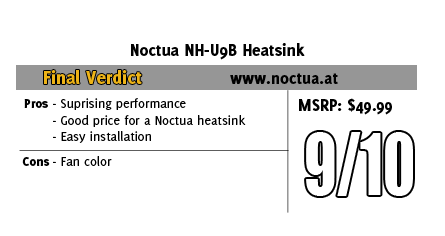 You might call him obsessed or just a hardcore geek. Wes's obsession with gaming hardware and gadgets isn't anything new, he could be found taking things apart even as a child. When not poking around in PC's he can be found playing League of Legends, Awesomenauts, or Civilization 5 or watching a wide variety of TV shows and Movies. A car guy at heart, the same things that draw him into tweaking cars apply when building good looking fast computers. If you are interested in writing for Wes here at LanOC you can reach out to him directly using our contact form.
Discuss this article
Log in to comment
Posts in discussion: Noctua NH-U9B 92mm Heatsink

We have 1489 guests and one member online