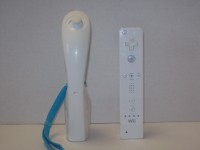 Everyone hates cords. They're messy, tangle easy, and are simply an unwanted restriction. With the next generation gaming consoles putting some much emphasis on wireless controllers and accessories, companies have begun to eliminate wires that do still exist. One of the more obvious is the cord that connects the Nintendo Wii's remote the the nunchuck controller, and ThrustMaster generously sent us their solution to test.

The adapter comes packaged in that hard crimped plastic that we all hate, so find you're local theives and thank them once again for this one. ThrustMaster, however, does a good job of displaying visuals that describe exactly what the product does, what is included, and pretty much how it works without even opening it. The adapter also comes packaged with the required batteries (two AAA). While this is a nice touch, it does present a potential problem that we'll address later. 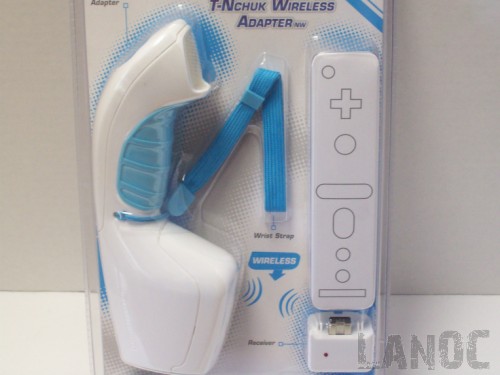 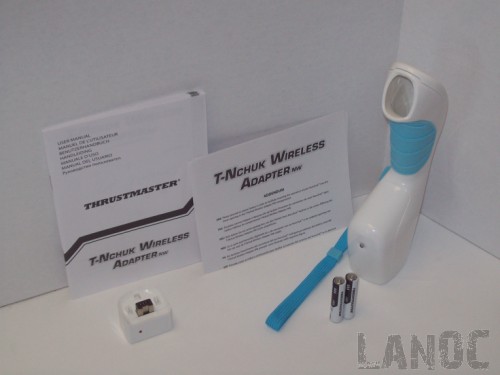 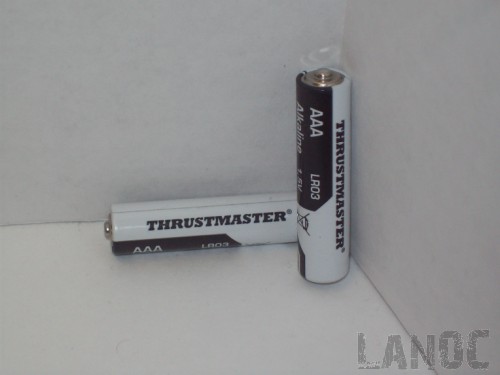 When you remove the pieces from the packaging, you'll probably be able to figure out on your own how this works.However, ThrustMaster does include step-by-step instructions on how to install the adapter if you should need them. On the Thrustmaster nunchuck piece, there are two plastic plates that slide off; one revealing the space in which the nunchuck and cord are held, and the other where the batteries and nunchuck plug in. Since the cord can't be removed from the nunchuck, something obviously has to be done with it. The Thrustmaster adapter has basically a hallow well  positioned under the nunchuck where the cord is kept. It is fed from the top of the piece and simply winds around until the nunchuck can sit in the designated space. The male end of the nunchuck is then from the bottom of the adapter, both plates are put back into place. This truly does run very smooth, and should only take a few minutes to complete. The receiver is simply a square adapter that plugs into the Wii remote where the former nunchuck cord had. This Wii remote piece is a little tight, and takes quite a bit of effort to remove should you need to. Once everything is in place, the wireless adapter is ready to be used. Simply turn on the Wii, and press the 'Connect' button on the nunchuck to sync the device, and you're all set. Overall, the process in quick and convenient. 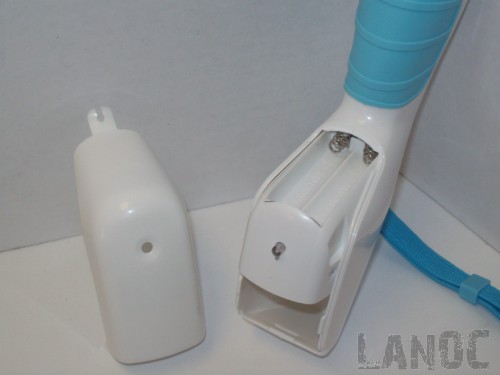 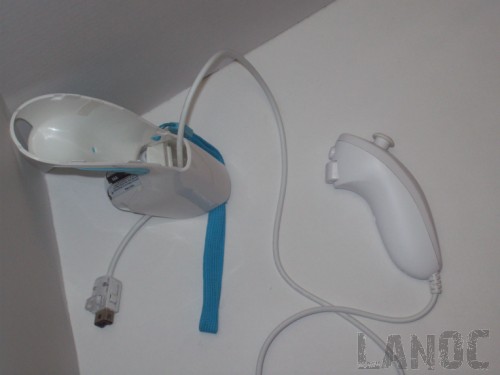 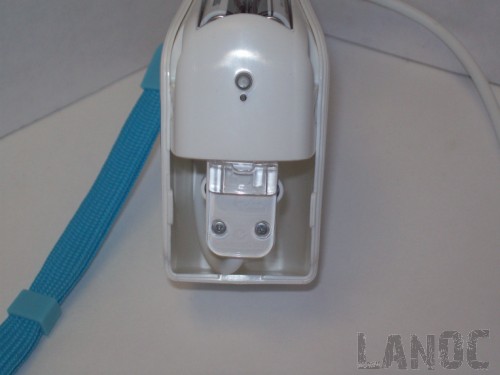 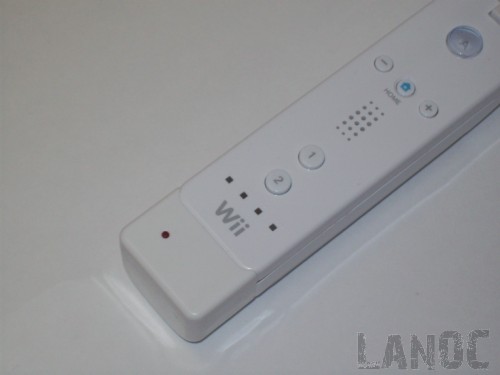 The first time you play boxing on Wii Sports without the restriction of that in-between cord, you won't want to go back. ThrustMaster's adapter includes a rubber piece on the underside of the nunchuck that prevents and slippage and provides an overall comfort. If you use the wrist-strap, you won't even notice its there; however, if you're daring and don't wish to use it, it's probably better just to remove it all together, as it can whip around and get in the way. I feel obligated to mention that there's probably a reason for a strap, so do so at your own risk. The addition of the well that holds the cord does feel awkward at first, and takes some getting used to. It almost feels heavy, and if you play sitting down it's hard to hold to nunchuck upright as you could before since there about four inches of additional length now. As mentioned earlier, the adapter does run off batteries. This is obviously neccessary, but since it takes simple AAA batteries this creates another expendenture for you. That being said, I did use the adapter extensively, and the included set of batteries are yet to run out of juice. The included batteries are advertised to run for 60 hours and since ThrustMaster isn't a name in the battery market, I'd have to assume the top brands such as Energeizer or Duracell will last that much longer. Another aspect worth mentioning is that with the receiver plugged into the Wii remote, the silicone Wii remote sleeves are unusable. I know people who took these off right away and people who would never think of using the remotes without them, so this is an important detail for you to consider personally. With a little DIY alterations, you should be able to cut off the  pieces of the sleeve that conflict with the receiver, but again it should all be done at your own risk, knowing the warranties may not cover such a modification. In-game, the adapter runs flawlessly. There is no lag between input and response as you sometimes see with wireless adaptations. Put simply, when you press the analog stick left your character will move left without hesitiation. Again, the added plastic well for the cord does take some getting used to, but it seems a small sacrifice for the freedom thats gained. 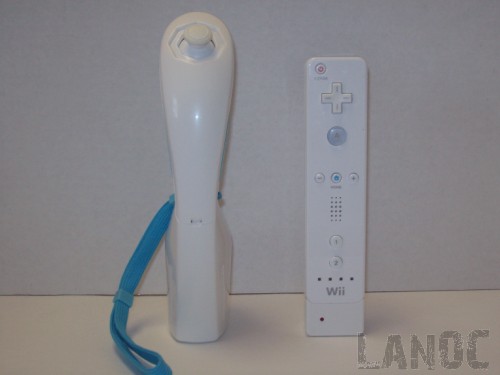 The ThrustMaster wireless adapter has a few minor flaws, but it is worth noting that its not anything that the company could help. Something has to be done with the cord, for instance. However, the benefits of eliminating the that in-between cord are beyond worth it. There are other models that provide similiar wireless capabilities, but ThrustMaster's is among the best available. 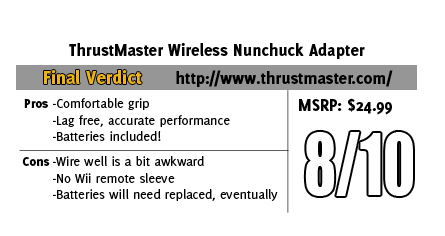 You might call him obsessed or just a hardcore geek. Wes's obsession with gaming hardware and gadgets isn't anything new, he could be found taking things apart even as a child. When not poking around in PC's he can be found playing League of Legends, Awesomenauts, or Civilization 5 or watching a wide variety of TV shows and Movies. A car guy at heart, the same things that draw him into tweaking cars apply when building good looking fast computers. If you are interested in writing for Wes here at LanOC you can reach out to him directly using our contact form.
Discuss this article
Log in to comment
Posts in discussion: ThrustMaster T-Nchuk Wireless Adapter