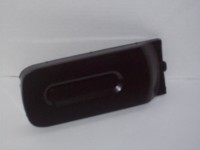 There are quite a few reasons why a person would need a new 360 hard drive shell, which is essentially an enclosure in the console gaming world. One may be simply that the factory shell has broke, another may be that you simply don't like the color of your current shell. But the third, and perhaps the instance where XCM holds value, is for system mods; no where on this shell do you see the company's name, advertisements, numbers, or writing of any kind. It is simply a blank shell, ready to serve whatever your purpose may be.

The shell arrives in a simple cardboard box, wrapped in a soft cushioning material. Once the shell is removed, another smaller package lies within that conveniently holds the required torx screwdriver, an extra spring for the release mechanism on the Xbox 360 and a black release button. There are no screws included; the screws from the factory-built hard drive are re-used to put the new shell together. One can look at this both ways:good, since you probably won't need both shells to be assembled at the same time and you don't have to worry about keeping track of them, or bad since if you would happen to lose a screw or two at some point, you're basically S.O.L. A generic screw may be able to be used, but with the whole R.R.o.D. problem, I'm afraid to even look at my 360 wrong. 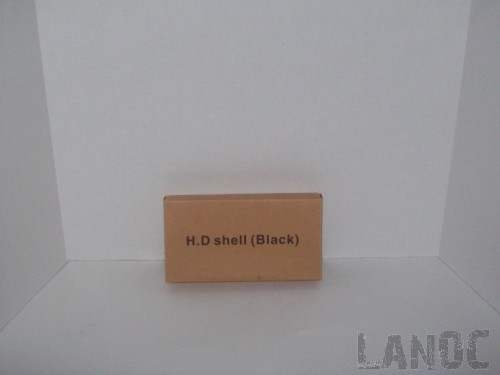 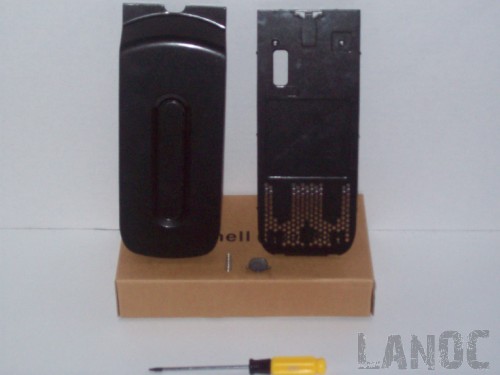 Going back to the fear of ruining the system, this is where things get a little more rocky. The first step is to obviously remove the hard drive from the current shell. After removing the screws (and you'll have to void the Microsoft warranty by breaking the seal to get to a screw) and removing the back side of the shell, the hard drive becomes visible. The spring mechanism can also be seen, and some care needs to be taken here to ensure the spring doesn't snap and send the pieces flying. The spring and the V-ish shaped piece need to be removed, the former so you don't lose it and the latter so you can re-use in the XCM shell (again, one is not included). At this point, the drive needs to be removed, and this is where I became nervous; its stuck in there, and without much research its hard to determine what exactly is keeping it in. On the bottom side of the drive  is a pretty nice sized piece of strong adhesive tape that helps prevent the drive from moving. It takes a little muscle to pull this from the plastic, but the drive is sturdy and holds up fine. 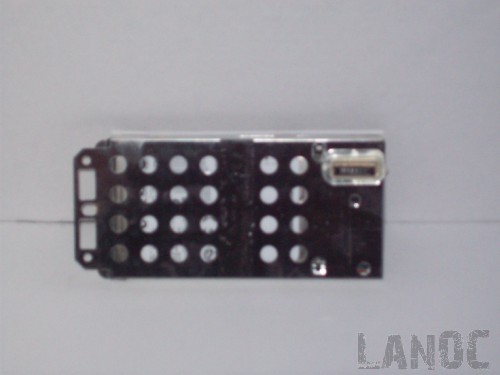 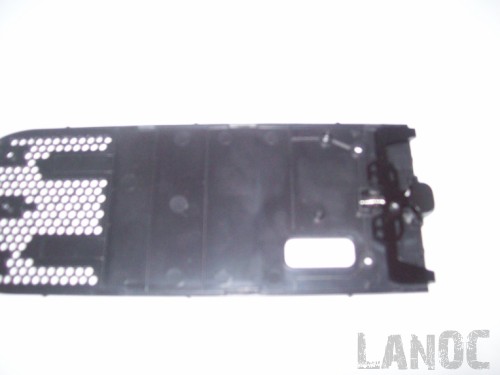 Please note that up to this point, I've covered the removal of the drive from Microsoft's shell, and this information is included because it is part of the process, but really has no effect on the rating of the XCM shell. So now we start the transplant to the new shell. The first thing to do is re-assemble to spring mechanism in the new shell. The spring that XCM has included is a little different; while the spring from Microsoft is a consistent-sized cylinder, XCM's narrows a little at the end to better fit the rod. Either can be used, but the XCM is a little more convenient. You'll need to use the mentioned V-shaped piece, which is what actually gets pressed by the release button and retracts the peices that hold the drive in the 360. This goes in easier than one would think, the only caution being that it is under pressure now, as such is the nature of springs. So during the placement of the drive itself, the shell should be kept level. At this point, the drive is ready to be inserted, and the only factor to keep an eye on is the alignment of the male-peice that plugs in to the 360. Just ensure that this peice is centered in the oval-shaped opening to guarentee if fits right in the system. Placing the drive is almost a one-shot deal: you've still got that adhesive strip, so the drive will stick as soon as you put it in. You can, of course, remove it and try again, but its a good idea to avoid wearing down the adhesiveness. (Again, XCM isn't to blame here). If it hasn't been done, you can also insert the included black release button at this point (it helped to wait since there's nothing holding it in place until the top is put on). Once the drive is in and aligned correctly and the mechanism is complete, simply  use the screws to secure the front of the drive and complete it. It is a little difficult to get the top on while keeping the  mechanism in place since the shell is designed to be a snug fit, but with a little care it should only take a few minutes. 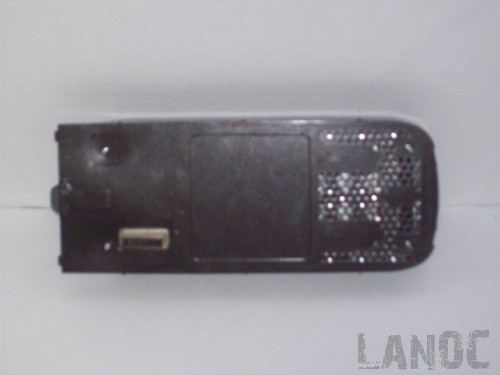 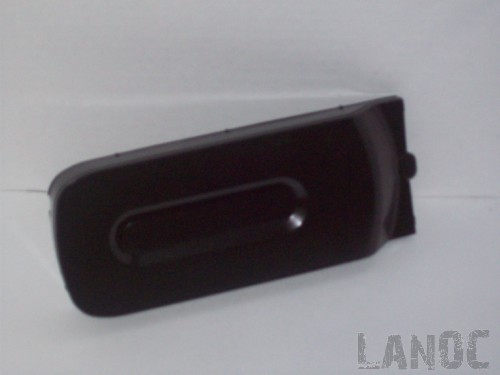 This is pretty straight-forward: the shell holds the the drive perfectly, and installs into the 360 just like it should. The hard drive reads fine, and no weird sounds or any other abnormalities exist. The shell may look goofy when used with a pure white Xbox, but it works great if you have decals, an elite and purchased an additional hard drive, or as mentioned before plan to mod it in someway. The shell is basically a blank canvas for your creativity, so I'd highly recommend this shell for those planning on custom modification. Overall Hardware such as this is hard to judge since a lot of factors, such as not including extra screws, are open to opinion. In any instance, anything that could be veiwed as 'negative' with this shell is very minor. The XCM hard drive shell does what its supposed to do, does it well, and even has a few perks such as the mentioned modification options. 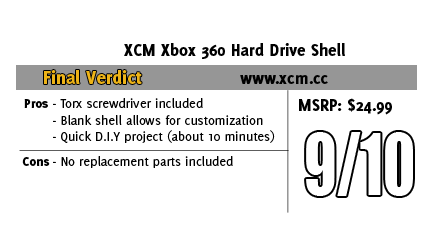 You might call him obsessed or just a hardcore geek. Wes's obsession with gaming hardware and gadgets isn't anything new, he could be found taking things apart even as a child. When not poking around in PC's he can be found playing League of Legends, Awesomenauts, or Civilization 5 or watching a wide variety of TV shows and Movies. A car guy at heart, the same things that draw him into tweaking cars apply when building good looking fast computers. If you are interested in writing for Wes here at LanOC you can reach out to him directly using our contact form.
Discuss this article
Log in to comment
Posts in discussion: XCM Xbox 360 Hard Drive Shell

We have 1018 guests and no members online