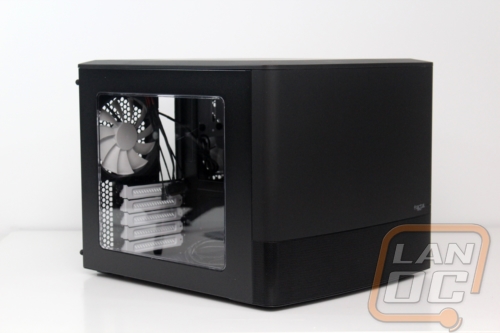 Before I could get to testing I did have to install our test bench into the Node 804. Sadly my Micro-ATX board was MIA so I had to dig out a random Mini-ITX board for testing. It didn’t put out the heat that our 4770k powered board would, but it still supported the GTX 980 that would generate most of our heat. To get started I had to install the motherboard risers, I was a little bummed that at least the four for Mini-ITX didn’t come installed like they do on some other boards. Even so the board went in quickly with just four screws. The GTX 980 went in quickly as well and frankly there is more than enough room for an even longer card should you need it. The Node 804 will also support taller cards as well, there are a few inches from the top of the card to the side panel. From there I just had to flip the case around and get our hard drive in and wire up the power supply. Installing the hard drive in the cages did require me to pull the cage out to get to the back screws, with a hard drive in I could see just how much room the filled cages would take up as well, there is just barely enough room to run your wiring between the hard drive and our power supply. Routing our cabling was easy although I would still prefer the hole to be closer to the side of the board. The Velcro hold down was a nice way to clean up the largest portion of the wiring, making the back of the case nearly as presentable as the front. The only real issue I ran into was when I tried to power the fan controller, the attached power cable was just short enough that it requires the connection to be on the motherboard side. For the cleanest wiring I would like that cable to be a little longer to reach behind the motherboard tray or even better having the fan controller behind the motherboard tray completely. 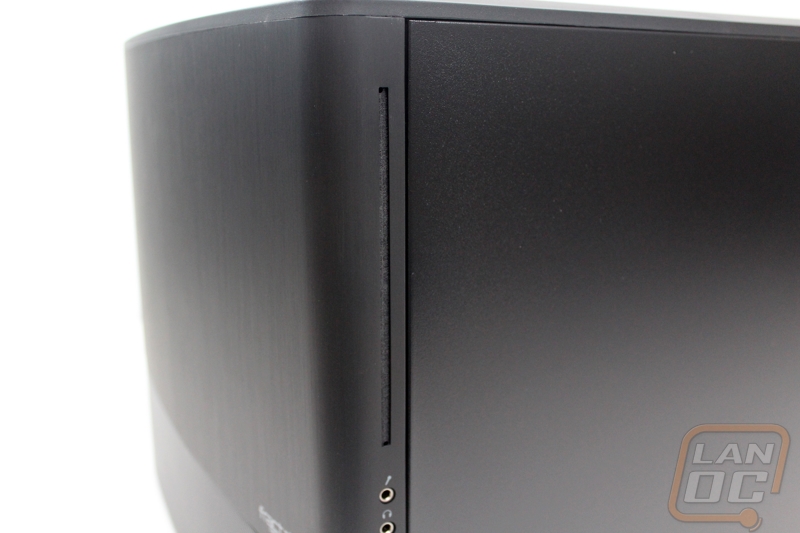 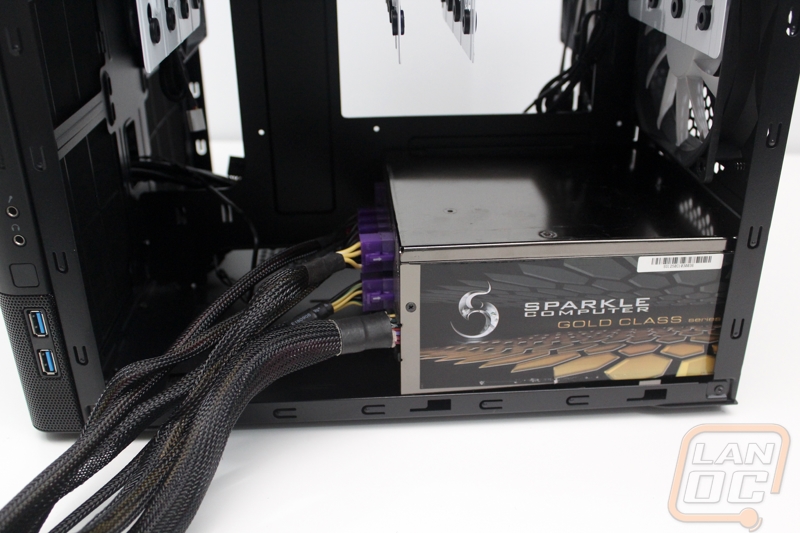 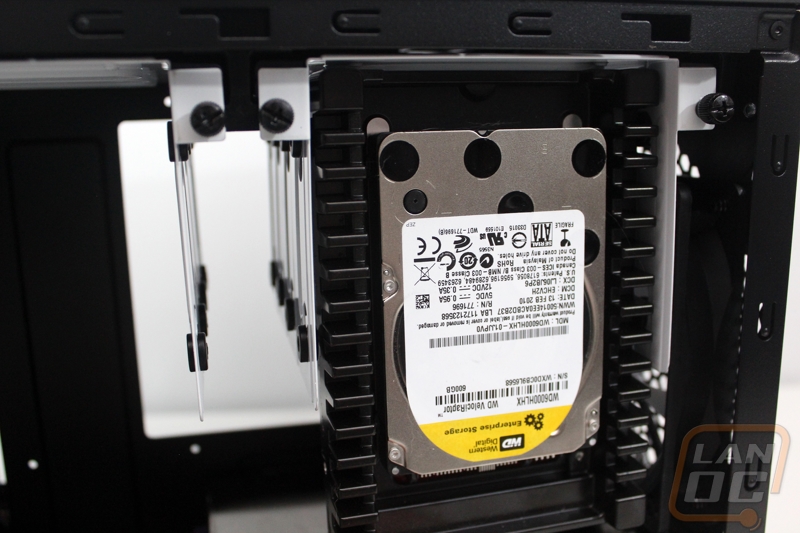 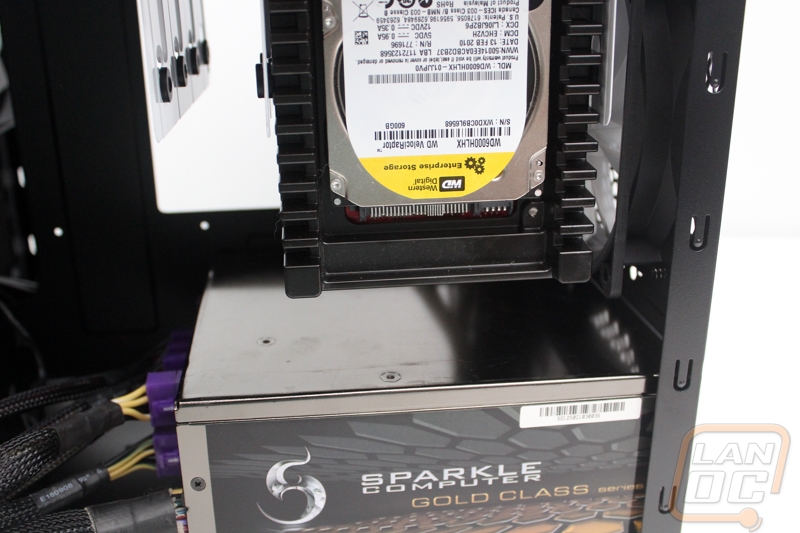 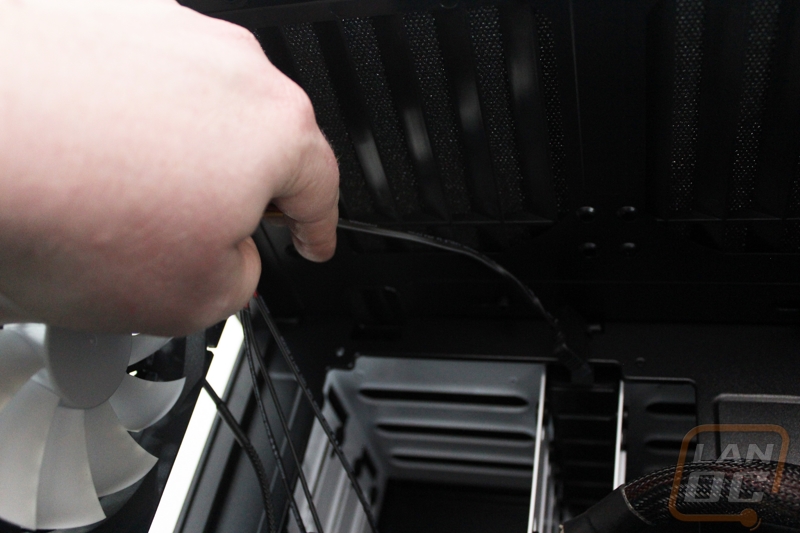 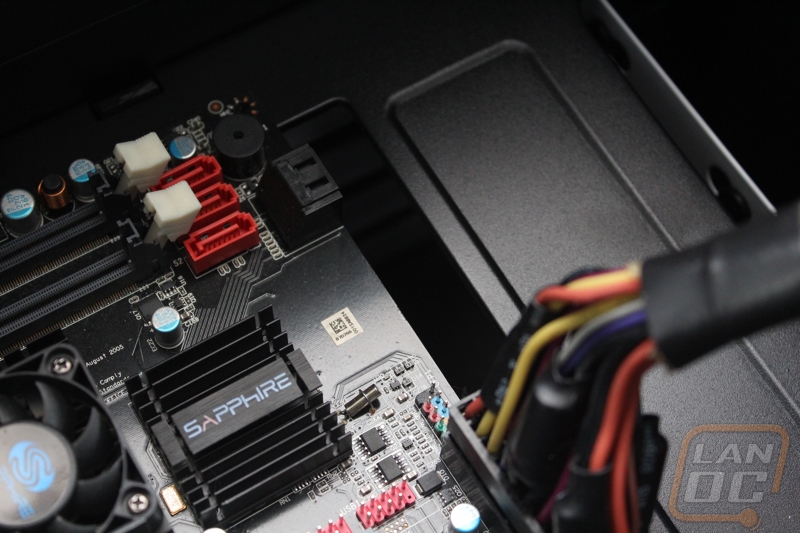 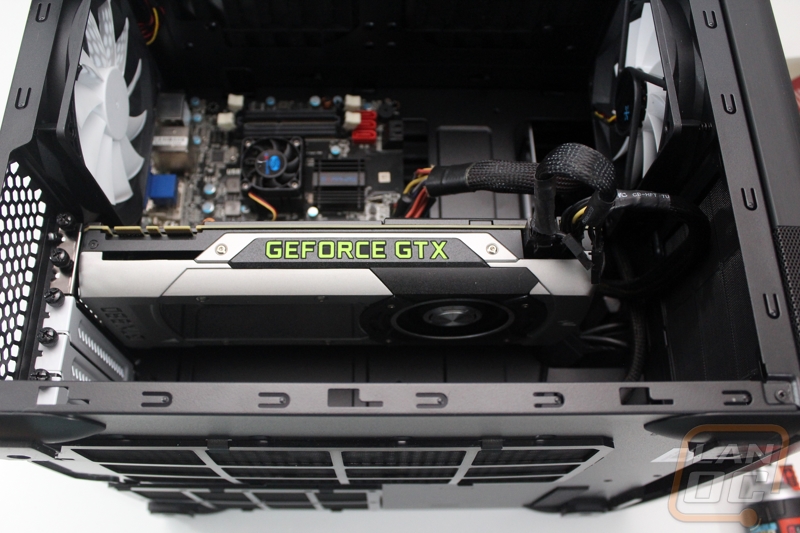 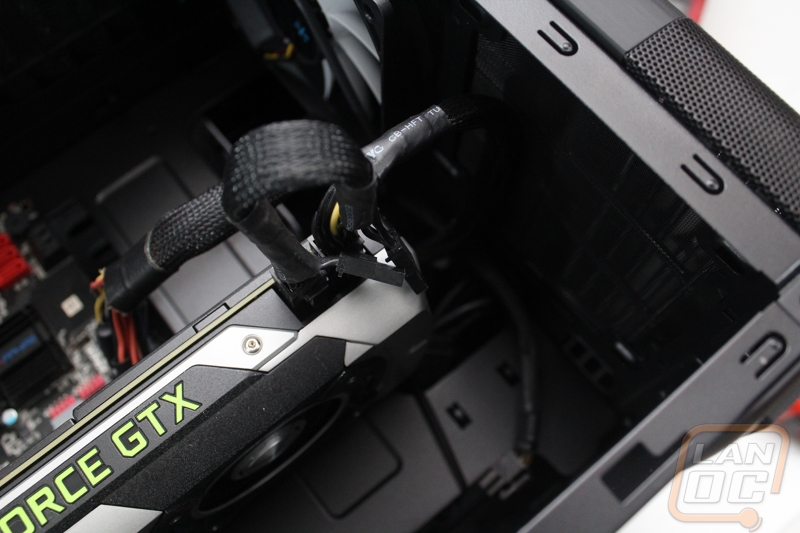 With everything installed I spent a little time toying with the fan controller to see how noisy the included fans were. Honestly even at the full fan speed it wasn’t an issue at all. The three included fans were enough to keep things running cool as well but the case is designed to handle a LOT more if you are interested in upping your cooling.

When it came to everyday use I was a little concerned that the wider case design would take up to much room on a desk or even worse at a LAN. You do have to give up some space on a home desk, especially because you won’t be able to hide the computer inside of your desk, but it’s not a big deal. For LAN use the larger size will make things a little tighter though in the 3 foot area that most events give you. It is doable, but you will be cutting out what extra space you had left.

VaporX replied the topic: #35920 29 Nov 2014 14:50
The move to SFF building continues to grow. For me personally anything over an mATX sized case is just to big and bulky. Right now for me there are two companies fighting for my case of choice and Fractal is one of them. The Node series is amazing and the Define Mini as well as Arc mini give you two other styling options while staying small.
Read More...

We have 801 guests and one member online