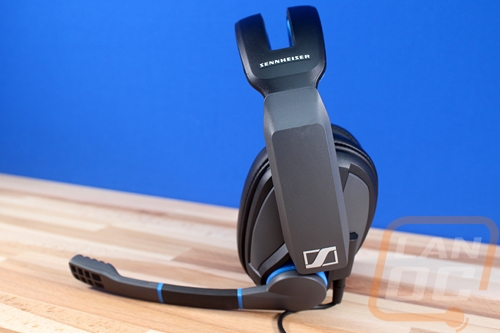 For performance testing, I hooked the GSP 300 up to the Sound Blaster X7 DAC to make sure it had the best possible signal and spent a few weeks using it as my main headset. This consisted of gaming, movies and TV Shows, and music while working. For gaming, most of my time was spent in Wildlands. This meant many extended sessions where I wore the headset while working then all through the night when gaming as well. Extended sessions are the best way to find out if something doesn’t fit perfectly because any extra pressure will push on an area and start to eventually hurt. I was very surprised that the GSP 300 didn’t cause me any pain or discomfort even after a full day and night on constant use. Typically the headband is a problem area for me but the dual bands and thick padding did a great job fixing that. The smaller earcup design was also a concern, pressure directly on my ears always causes discomfort but most of my ear did fit and they didn’t end up hurting. I would still prefer a larger cup size, though. My ears did warm up a little from the sealed design and the fake leather material but no more than any other headset.

The headset size fit my big head and still had a little room for expansion left so I was a little concerned about smaller heads so I had my wife try the headset on. She had to adjust it down in size but it fit her well as well. 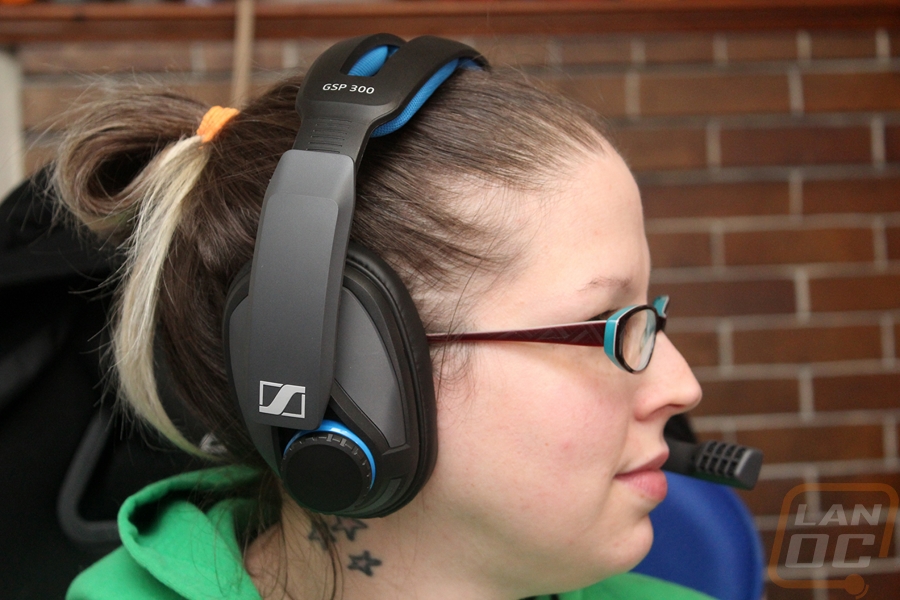 The other aspect that I really liked was the overall weight. They weren’t as light as the Fatal1ty headset but the lower weight I think did help in the overall comfort in extended use. I was also happy with the build construction. There were no creaks or noises when moving the headset around, something that most other gaming headsets seem to have.

The built-in microphone performed well in my testing. It was more than enough for coms in game and some basic VoIP use and it was noticeably better than the everyday gaming headset microphone. Specification wise it outperformed the SteelSeries Arctis but I did personally feel the Arctis sounded a little better, mostly because it picked up my voice louder than the GSP 300. That said it is a great microphone. The microphone boom turns the microphone off when you flip it up if you need to turn things off on the fly. The flexible area that I mentioned previously though didn’t really help. You can bend it but it doesn’t stick in place so you get what you get. The height adjustment had enough to push the microphone all the way down out of view, though. 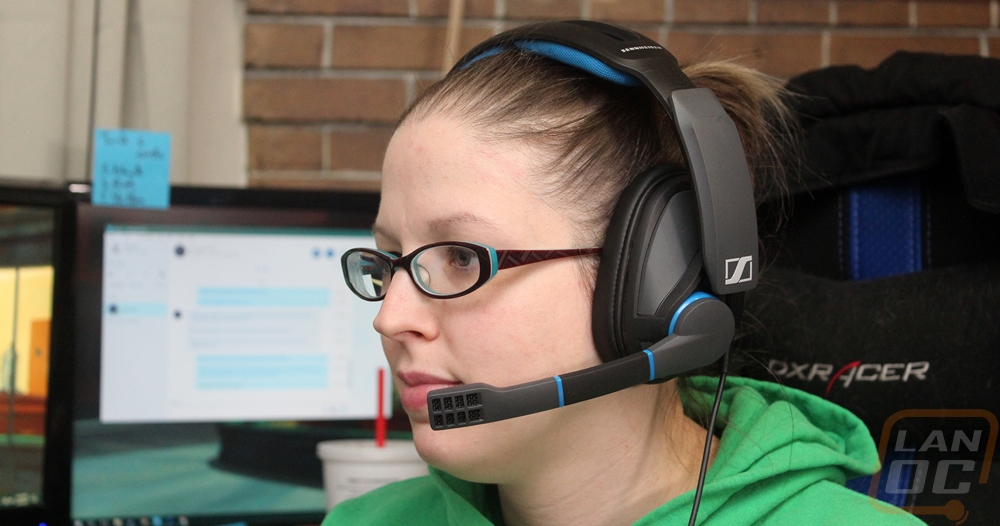 With comfort and the microphone testing out of the way, the rest of my testing was focused on the audio performance. This is where I expected Sennheiser to really perform because they have been doing this for years where most gaming headsets are from much newer companies. First off I noticed right away that the GSP 300’s had a lot of noise isolation. A sealed earcup design and fake leather on the pads give a great seal. I couldn’t hear anything around me at all including me typing on my mechanical keyboard even as I write this. So if you need to listen for a timer or a delivery you will need to keep an ear off, if you want to block out other noise these will do the trick.

Audio performance is exactly where you would expect them to be. They are one of the best sounding gaming headphones, at least at this price point, but you wouldn’t want to compare them to a more expensive pair of headphones from Sennheiser. The bass seems a little boosted to keep up with what I would guess are larger drivers in the larger around ear headsets. I can't confirm that because they didn’t list the driver size, though. Highs are crisp and so are the mids, I would just prefer a more flat EQ when it comes to the lows. They sounded great in movies and music especially with the lows and in game performance was on point as well for a non-surround configuration. They have a wider frequency range than the Arctis and it shows. In other words, they are on par with the best regular gaming headsets if not a little better but for anyone expecting performance like a $300 pair of headphones you will be disappointed.

I was surprised at how much I ended up using the built in volume knob on the earcup as well. I rarely use in-line volume controls but this one is easy to reach and worked really well.