This year at CES Corsair introduced their SP2500 2.1 PC speaker system to the world. At the press conference, more than one person was a little skeptical after hearing its MSRP of almost $250. After spending a little time with the speakers during our booth tour I could see the potential, but with all of the noise on the floor at CES it can sometimes cover up the bad. Having the opportunity to get one of our own I was excited to see what it is really capable of. Let's jump in. 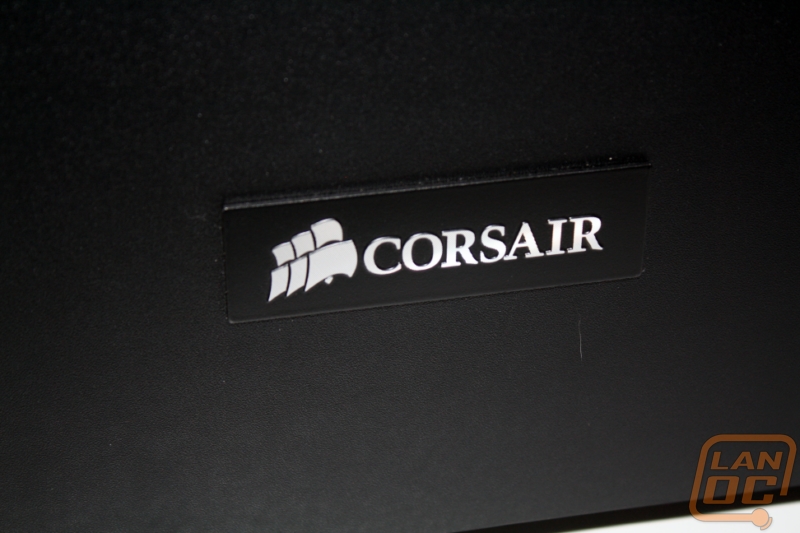 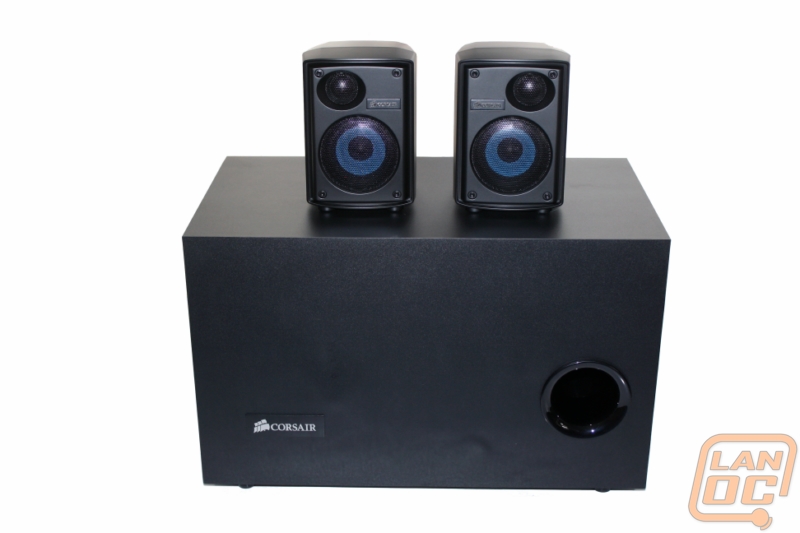 Packaging
Apparently, judging the size of the SP2500 is difficult on the convention floor because as soon as it arrived here I was blow away by how large the box is. As with any other Corsair product the box has their standard blue trim along with the product name and a large picture of the speakers on the front. They have also included the wattage in the bottom right corner. Our packaging shows 220 watts, but a quick read of the FAQ on the product page on Corsairs website produces a nice bit of information about how future packaging will show 232, the power they realized the SP2500 produced after production started. 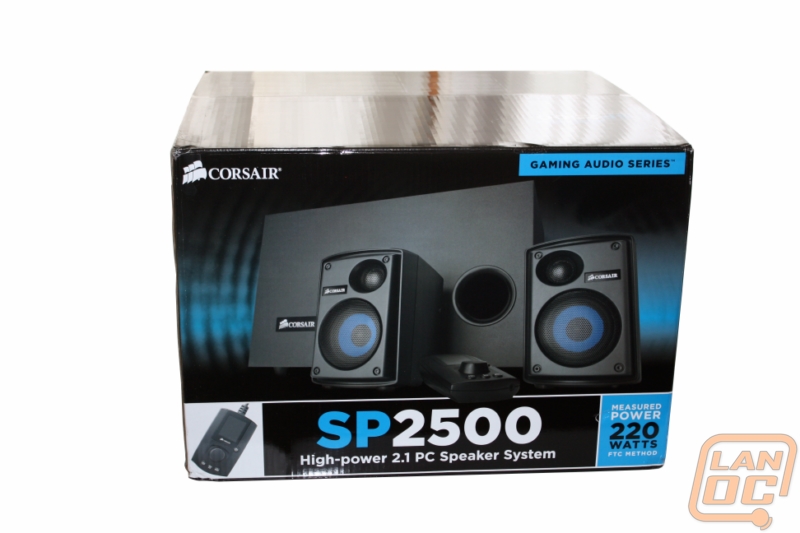 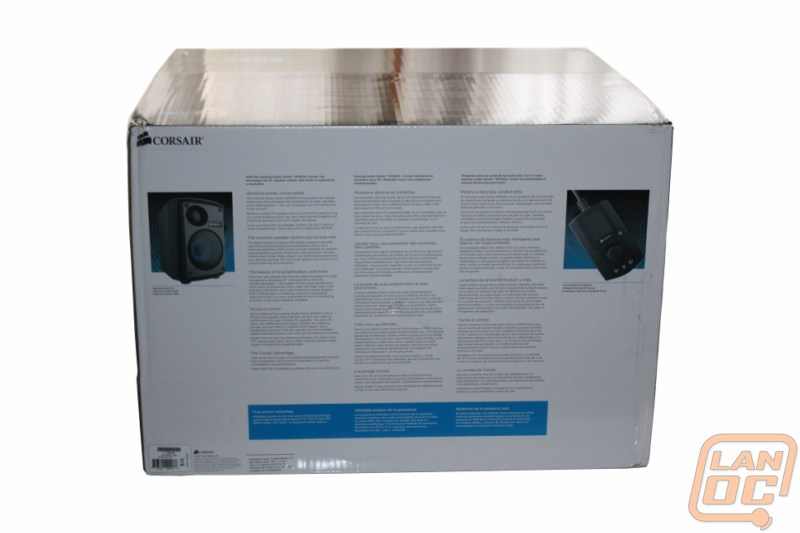 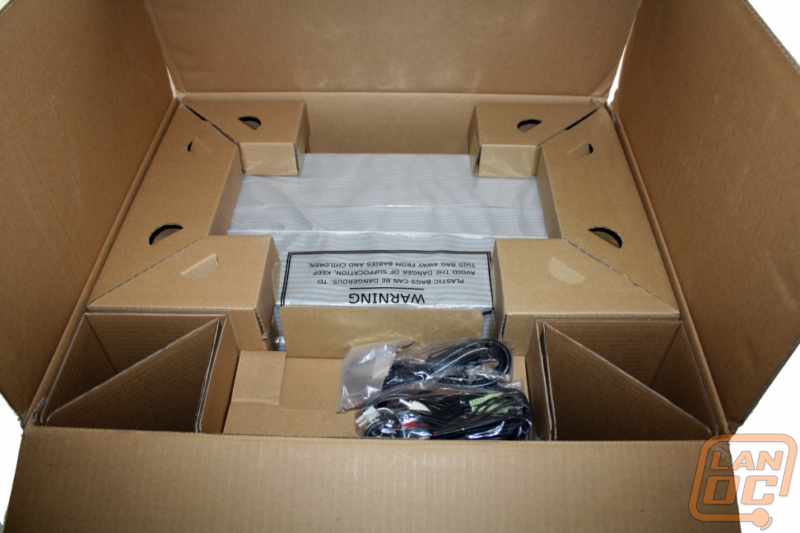 Inside the box I was impressed to find that every single component, cable, or manual had a location. The sub obviously took up a good portion of the package and it was protected with cardboard boxed around each corner. Pulling all of the cables and components out and unwrapping took a little while, Corsair made sure that nothing would get scratched or damaged while shipping. 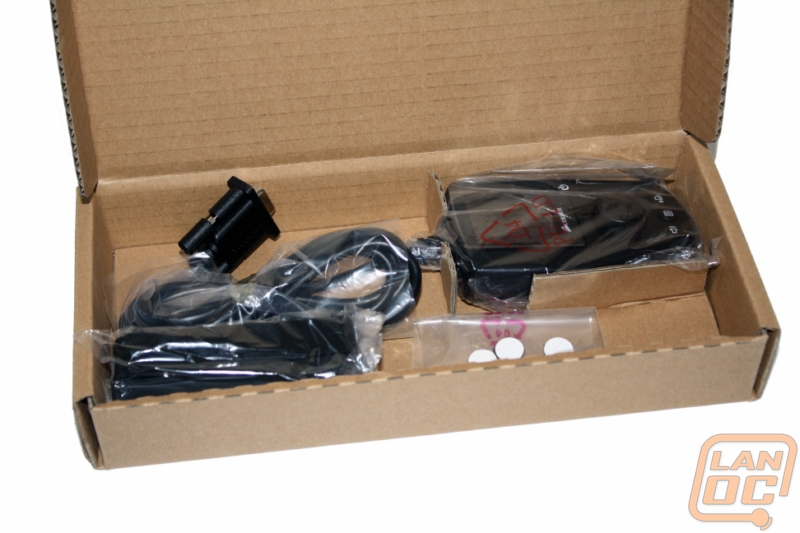 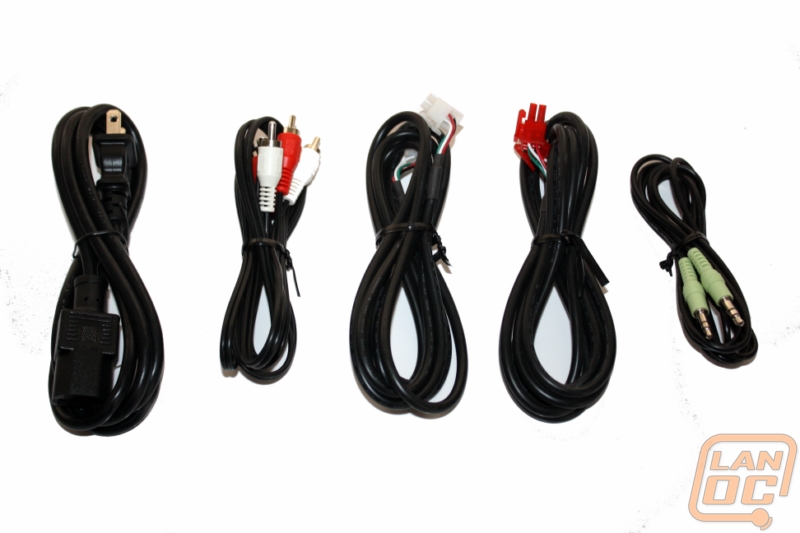 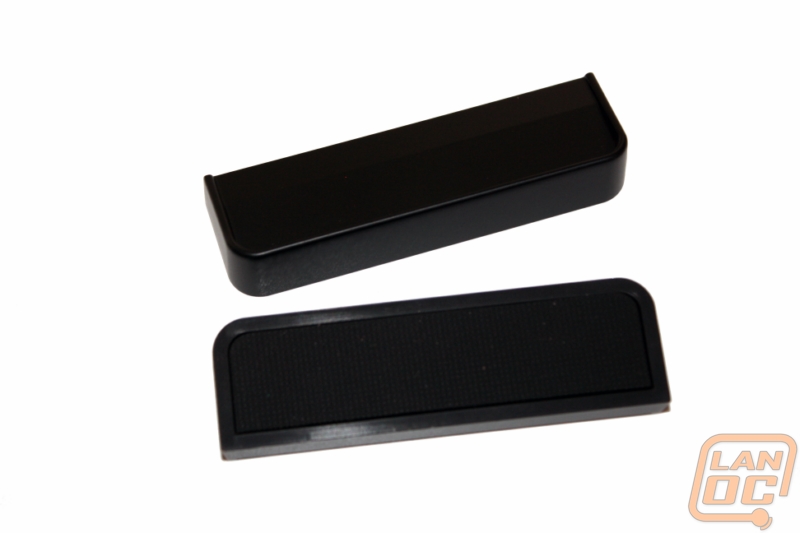 Installation
After digging the SP-2500 out of its packaging I set out on the task of getting everything setup and ready to go. I started by placing each of the speakers and the sub in the locations that I wanted them. In my case I wanted each speaker on either side of my monitor and the sub about 3 feet to my left, keeping it away from being kicked. Setting up the speakers was easy, I also used the included stands to angle each speaker up. 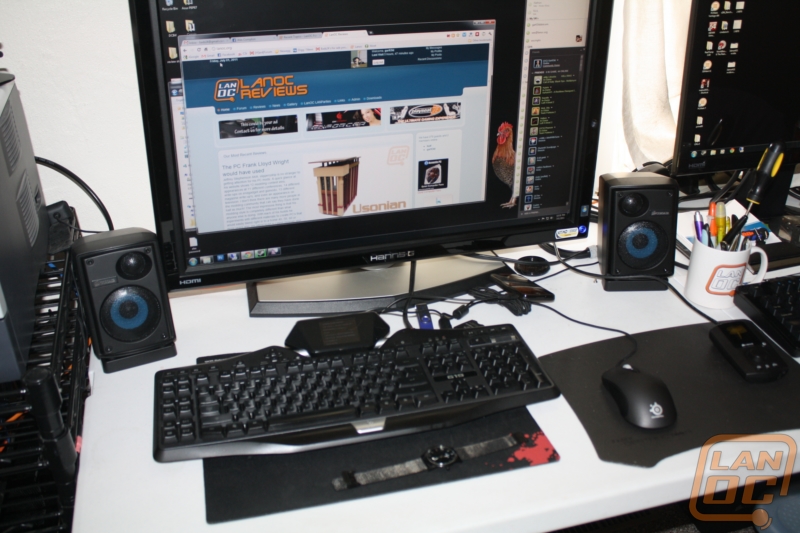 After placing the sub I moved on to wiring everything up. Each of the speakers uses a 4-pin plug just like an old P4 power connection on a motherboard, each color-coded for left and right (they are have a small diagram to show you where to plug each in also, right on the speaker). Beyond the speakers you have an SVGA cable connection for the controller, your power cable, and your choice of RCA or headphone ports for audio input. In my case I would be using the 3.5mm to 3.5mm cable to plug this into my main work PC. 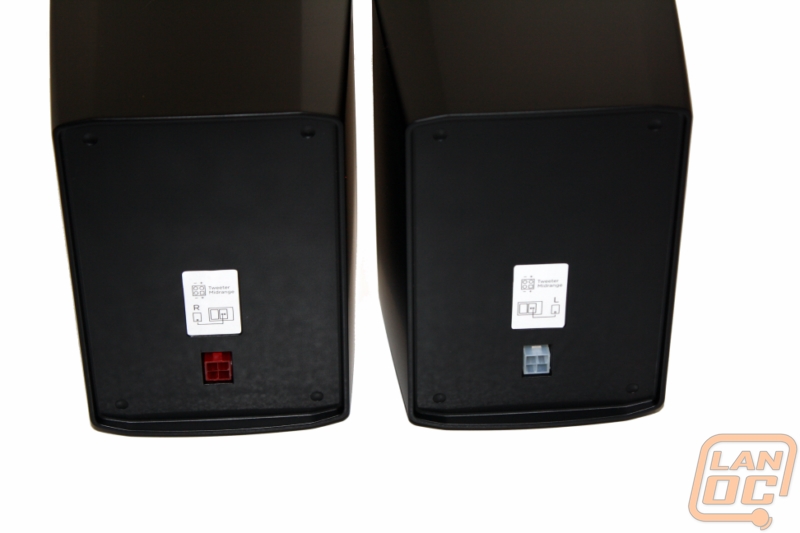 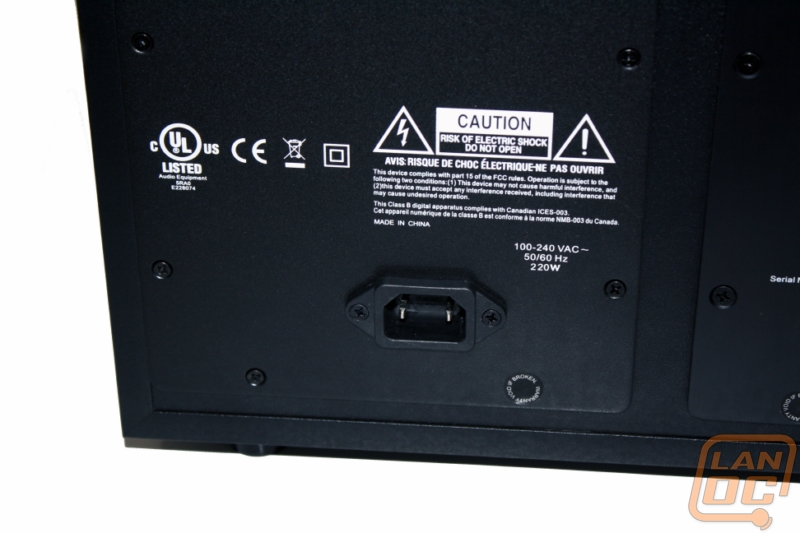 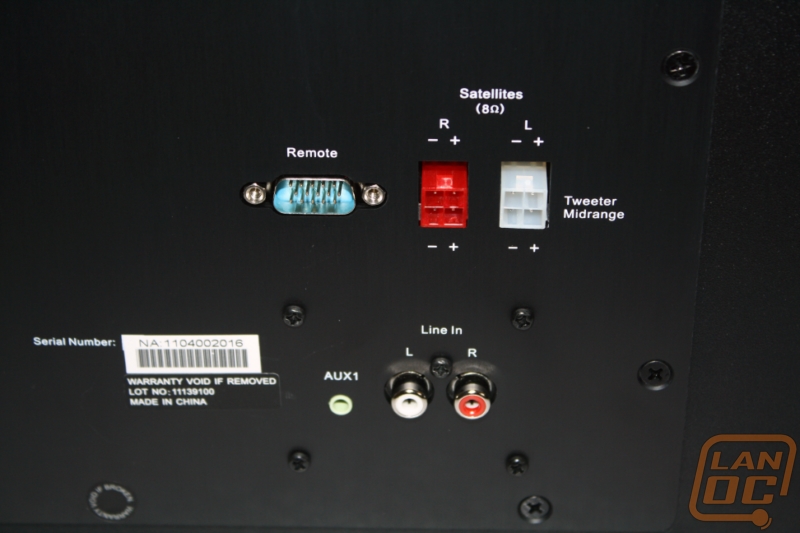 When hooking up the four pin connections for the speakers I ran into a problem. The six foot long speaker cables just didn’t have the length to reach from the sub to the farthest speaker. Because of this I had to move it a little close under my desk. The move gave more than enough length, but I went ahead and contacted Corsairs customer support to see if they had any plans on selling a longer cable. As it turns out they will provide a 10 foot cable to anyone who has a problem, at no cost even! The controller can use a standard female-to-male SVGA cable to get as much length as needed. With the sub moved, hooking everything else up was simple. 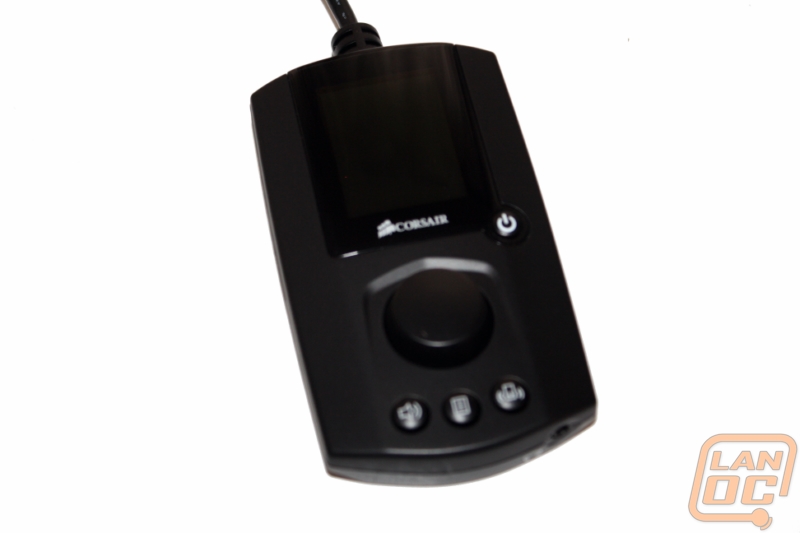 
Our experience with the SP2500 was impressive from the second we turned them on. Putting a variety of music on showed right away that this audio system can and will make anything sound better than it should. Highs and mids were well defined and undistorted at any volume. Playing with the included controller I especially enjoyed the separate control for the sub. For some PC speakers sub control isn’t a big deal, but the SP2500’s sub is capable of getting you evicted or if nothing else ruining your relationship with anyone who lives near you. 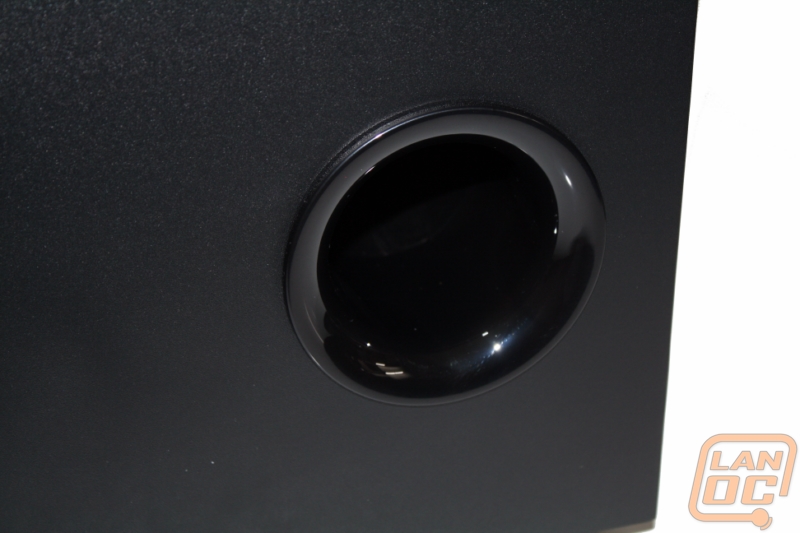 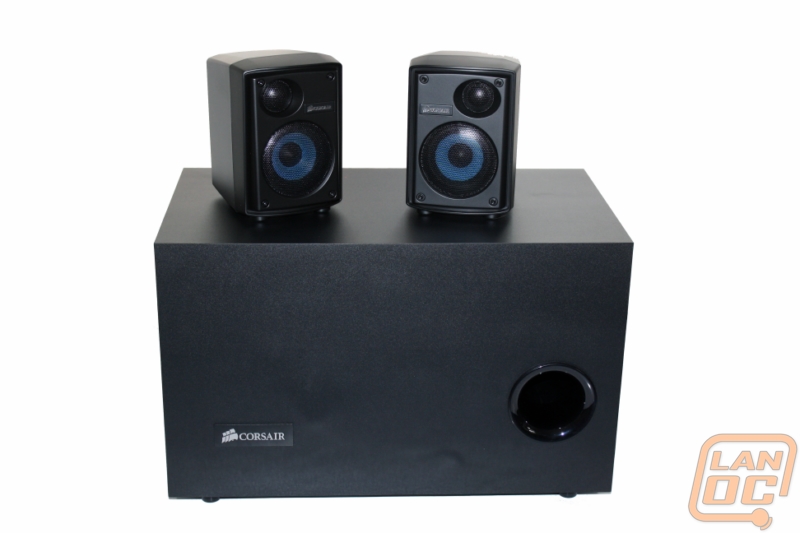 My experience while watching movies was mirrored with the SP2500’s music performance. Obviously this is only a 2.1 system, surround sound wasn’t the goal. But I still enjoyed watching a few of my favorite movies with the SP2500. Voices came out crisp and clear and the sub bellows out lows that suck you right into the movie.

I’m sure most of you are curious how they performed in-game, right? Typicaly you may love audio performance in movies and music but in-game performance can suffer. To a point that could be true with the SP2500, only because of the lack of rear speakers for directionality. In my case, I prefer a 2.1 setup for their ease of installation. The SP2500 had decent directionality, the best that a 2.1 speaker setup can do. Even without that, I found myself getting pulled in. Just like with the movies, the amazing lows that shake the room just pulled me into the game. My first experience with the SP2500 in game was a quick game of Crysis Wars online. While driving around in a tank I had someone run up and throw C4 on my tank. When the tank exploded I literally jumped. That was the moment that I realized that I could never go back to anything less. 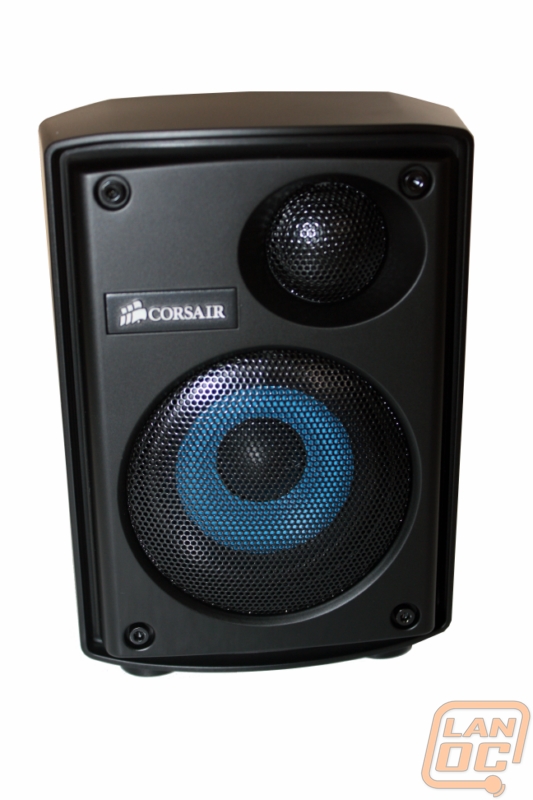 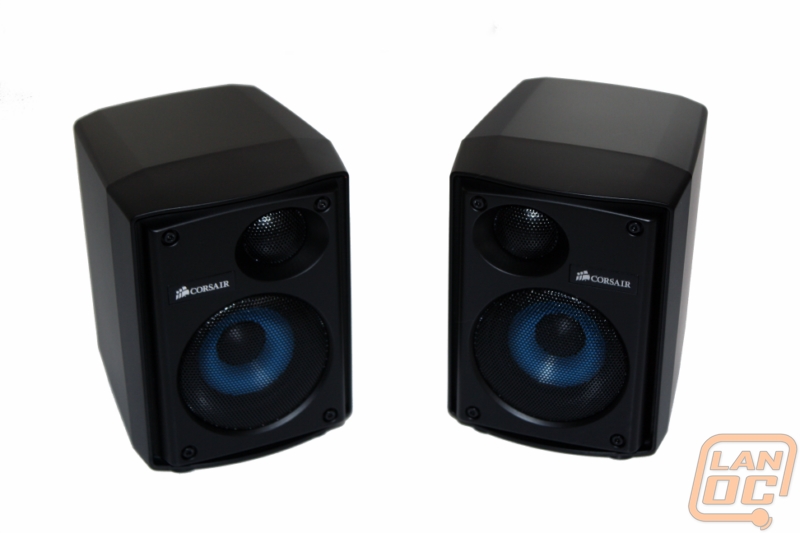 When they first announced the SP2500, one of our other concerns was the use of the controller. I already have volume control on my keyboard and about 50 different locations in windows, do we really need another adjustment? After spending time with the system it has because natural to reach over and adjust my volume and or sub volume on the fly. Even better is when you push down the volume knob you mute the audio or if you are on the sub volume you can mute just the sub.


On top of the volume control the controller does allow you to setup the SP2500’s EQ, program, and input. For the EQ you are limited to the option given to you, there isn’t a custom option. Having said that, you do have options for gaming specific functions (action game and FPS), a nice addition that you wouldn’t see on other speaker systems. Along with the EQ you also have program choices like stadium, convert hall, theater, and club. Corsair calls it program but they would be typically called environment effects. It's nice to see this built into your speaker system for those who don’t have that type of adjustment with their soundcard. The controller also hosts the power button for the SP2500, making it easy to shut it all down without climbing under your desk to get to the back of the sub. 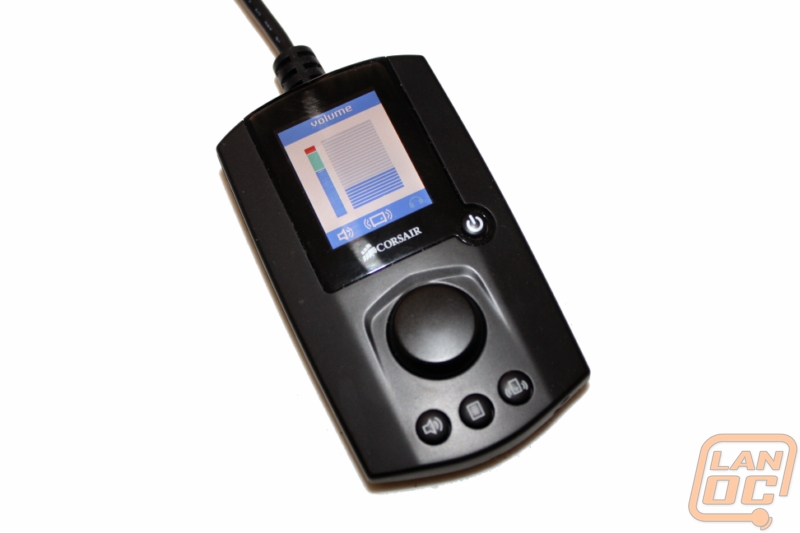 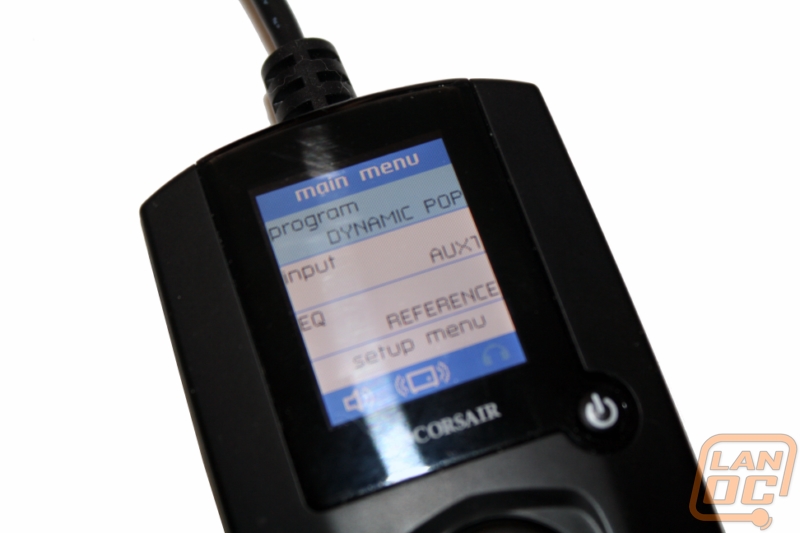 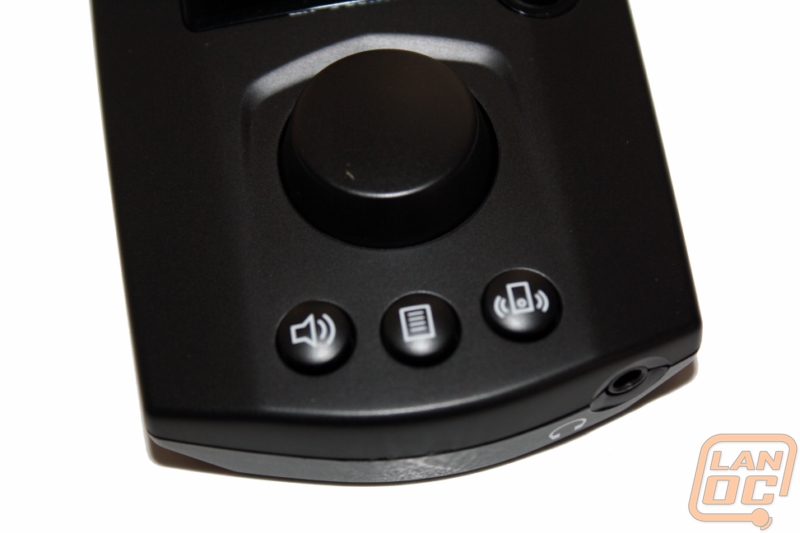 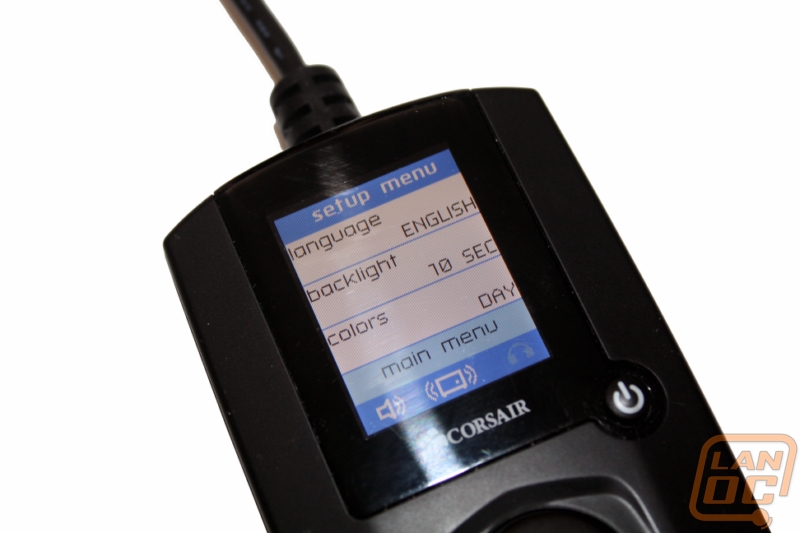 So it performs amazing, if it only lasts a week will that matter? Speaker durability can be very dependent on your use or in some cases abuse. Ignoring the possibility of hearing damage I cranked the SP2500 all the way to its limit. Normally on just about any setup this would lead to bottoming out speakers, or just horrible sounding music. The SP2500 shocked me by not having any distortion, popping, or bottoming out. Corsair says the speaker system is designed to run at maximum volume for a full 48 hours without any damage. Not willing to upset my entire neighborhood, my wife, or my hearing I decided to trust them on that one. Honestly though, if the SP2500 is capable of playing a full volume without bottoming out or overpowering the speakers it’s no surprise that it can do it for an extended period of time. For those of you with kids this could be a relief to not worry about damaging your new speaker system when they decide to blast their tween music. 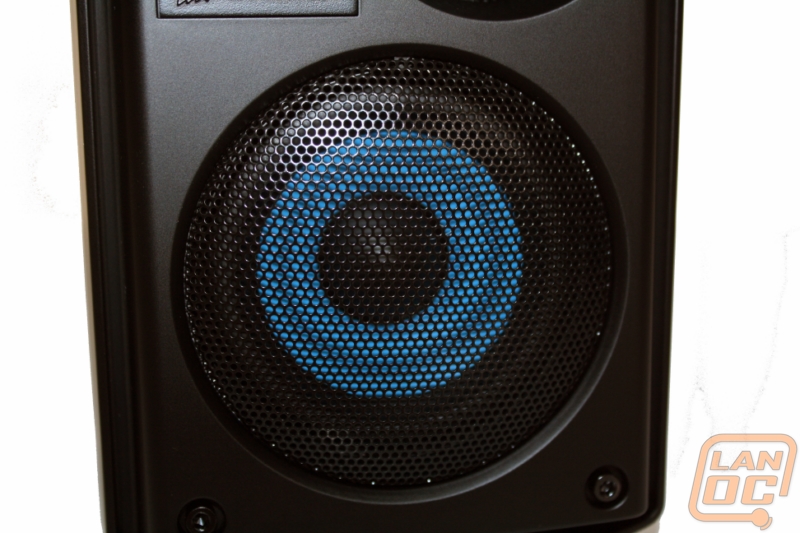 My experience with the SP2500 was amazing. High’s, mid's and low's were all equally impressive. My only complaint from a gamers perspective was the lack of a 5.1 option for better directionality, but even for a 2.1 system in-game performance was wonderful. I was hesitant about the included controller when we started but I was impressed with its functionality. The headphone port and input on the controller was an added bonus for those of you who would rather not dig through the mess of cables behind your PC. My complaints are limited to the length of the speaker cables and the size of the sub and Corsair's customer service was happy to fix the cable length issue for free. If you are in the market for a high quality speaker system for your office you can’t go wrong here! 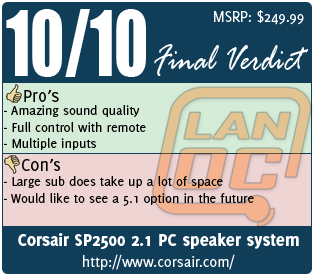 You might call him obsessed or just a hardcore geek. Wes's obsession with gaming hardware and gadgets isn't anything new, he could be found taking things apart even as a child. When not poking around in PC's he can be found playing League of Legends, Awesomenauts, or Civilization 5 or watching a wide variety of TV shows and Movies. A car guy at heart, the same things that draw him into tweaking cars apply when building good looking fast computers. If you are interested in writing for Wes here at LanOC you can reach out to him directly using our contact form.
Discuss this article
Log in to comment
Posts in discussion: Corsair SP2500 2.1 PC speaker system

We have 1960 guests and one member online