Early this year I had the chance to check out a new and exciting pair of ear buds from Razer called the Moray. Overall I was very happy with them but I felt that they needed more of a gaming edge coming from Razer. Not long after our review they announced the Moray+. Apparently Razer was thinking the same thing as us because the Moray+ addressed that issue specifically. Today I have a chance to take a look at the Moray+ and see how there improvements helped. 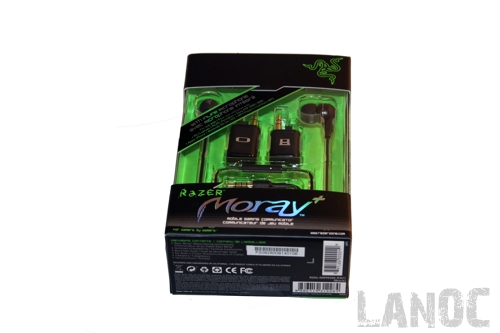 Razer’s packaging always stands out and impresses me. With the Moray+ they showcased the earbuds with a black box with a metallic Moray+ logo similar to other Razer packages including the original Moray minus the + sign.  The front of that box includes a large window that gives you full view of the earbuds, the inline microphone, and a few of the optional plugs (DS, PSP, and cell phone).  On the back there is a picture of all of the included pieces and parts along with the carrying case that you keep them in. Also Razer has all of the other important information including a list of the Moray+'s features and specifications. Inside everything is packed in a molded plastic tray keeping them secure. Hidden inside the package is also a zip up pouch that we also saw on the original Moray. For documentation they included a quick start guide, certificate of authenticity, and two Razer logo stickers. 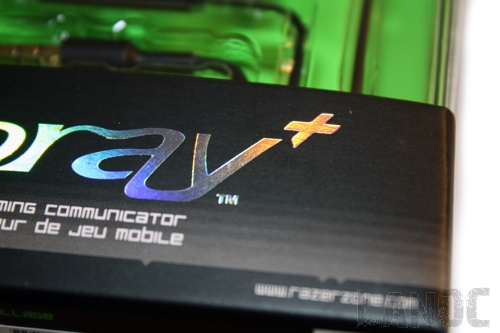 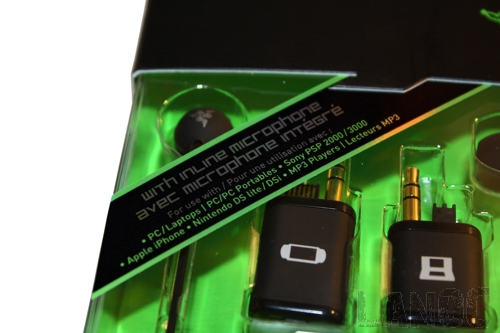 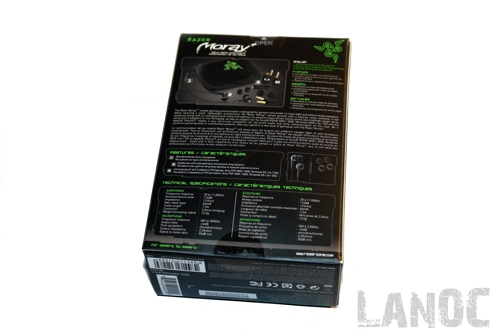 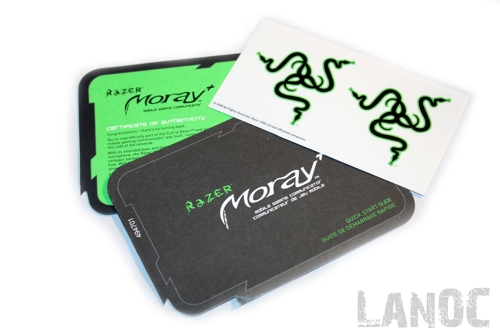 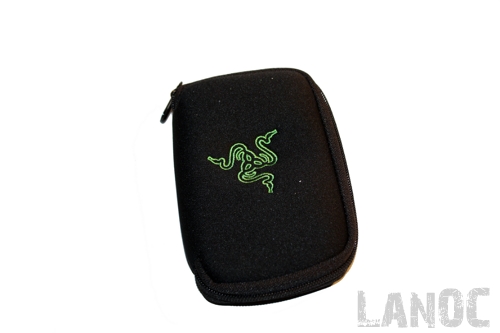 The overall design of the ear buds for the Moray+ didn’t change from the original design other than the addition of a almost unnoticeable inline microphone. That means that with the multiple adapters that are included you will be very happy with the comfort. With the Moray+’s background noise is at a bare minimum leaving you to enjoy your music/movies/gaming. Speaking of enjoying your gaming, the included adapters were pleasant surprises given that most headsets don’t include the adapters. If being able to listen and talk on your PSP and DS isn’t enough, the PC adapter splits the single cord into the needed two plugs that pc’s need. That adapter brings to light the need for a single plug solution for pc’s, someone needs to spearhead that project! Lol. And for the apple fans out there (yes the iPhone has become a portable gaming console) you won’t have any problems hooking the Moray+ up to your phone ether. Sound quality is good but does lack some of the range and definition that you would get from larger drivers found in full size headphones/headsets. 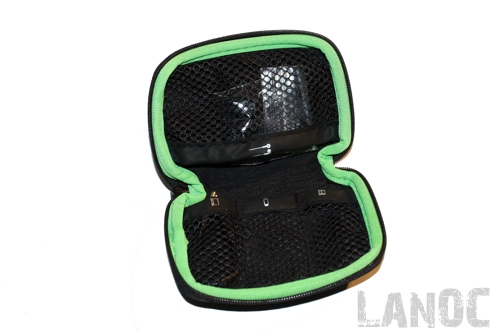 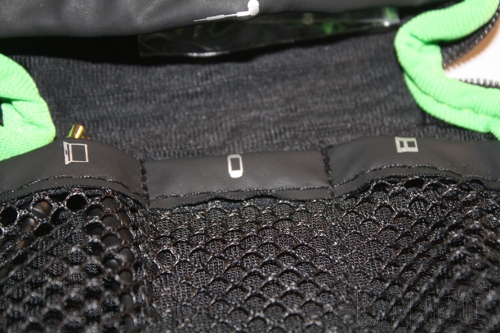 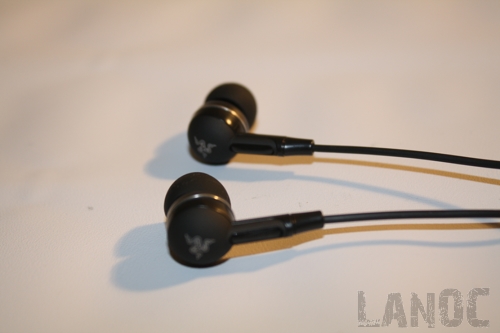 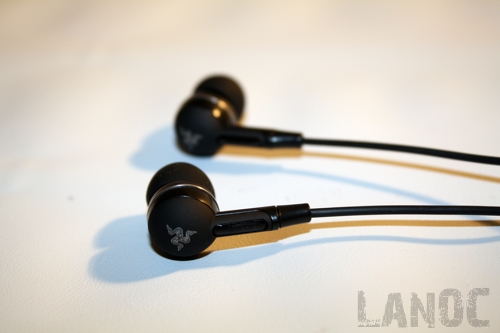 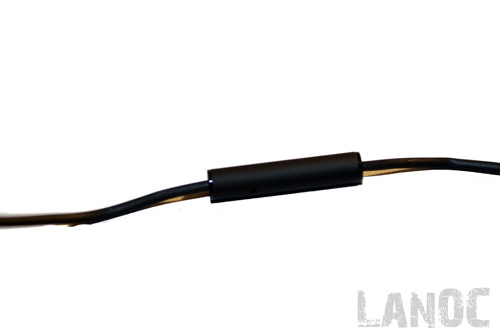 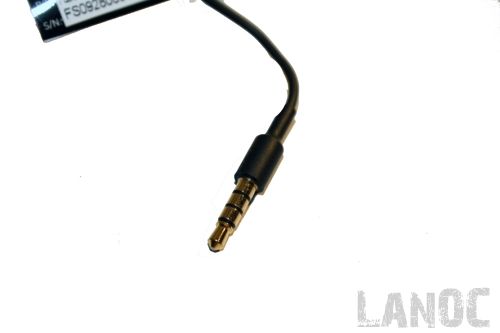 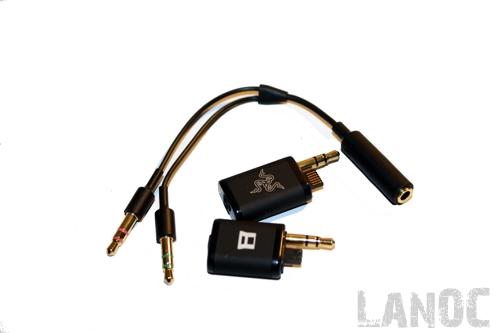 So Razer’s original Moray was high on my list of must have’s for portable gaming. The addition of a microphone and adapters to hook it up to almost anything could only make it better. With the ability to use the Moray+ with anything and everything the only problem I have had is figuring out what to store them with. So far they have stayed in there nice case tucked away in my pocket, just in case I get a weird urge to game/voip/watch tv or movies/music/talk on my cell phone. 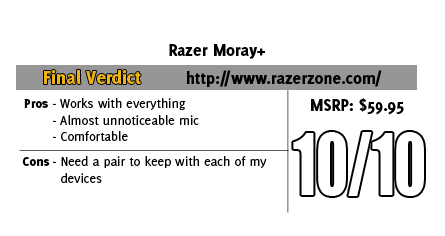 You might call him obsessed or just a hardcore geek. Wes's obsession with gaming hardware and gadgets isn't anything new, he could be found taking things apart even as a child. When not poking around in PC's he can be found playing League of Legends, Awesomenauts, or Civilization 5 or watching a wide variety of TV shows and Movies. A car guy at heart, the same things that draw him into tweaking cars apply when building good looking fast computers. If you are interested in writing for Wes here at LanOC you can reach out to him directly using our contact form.
Discuss this article
Log in to comment
Posts in discussion: Razer Moray+

NitrosDragon replied the topic: #17442 01 Aug 2011 08:11
These look like exactly the kind of headphones I could use for on-the-go. I'd like to save up for some surround headphones, but these could definitely hold me off until then.

How is the isolation from environmental noise? Will I still hear roommates bugging me? =P

I think I will probably try these out...sound quality is what is most important to me because I also like to use my gaming headsets for audio/video editing.

@Nitros - Due to shape, I would expect some passive outside noise blockage (earbuds ~ earplugs). I have a set of Sony earbuds that I use when I am flying. Even when all electronics are to be shut off, I simply unplug my ipod and leave the earbuds in to reduce the impact of jet engine noise. I'll have a set of these Razor Morays by LanOC 9 so ask me then.