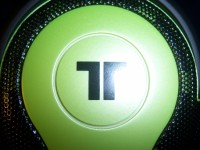 Quality audio, despite the bemoaning of many, has proven time and again to be subjective to the listener.  This allows for a wide base for competition within the industry, and serves to cause confusion among the average consumer.  For instance, a quality set of 5.1 headphones can come in quite handy when gaming on the PC.  You know your enemies' every move, every blade of grass crushed underfoot as they make a desperate attempt to flank you.  It is a futile effort, unfortunately for them you can track them with your now acute sense of hearing.  Audiophiles cry out, however, "5.1 headphones sound terrible when it comes to music!"  So you can see the predicament these companies are in.  By catering to one group they are ignored by the other.  Tritton Technologies was kind enough to send us a pair of their AX51 5.1 Gaming Headsets in order to determine how they compare when faced with the rigors of gaming audio as well as music. 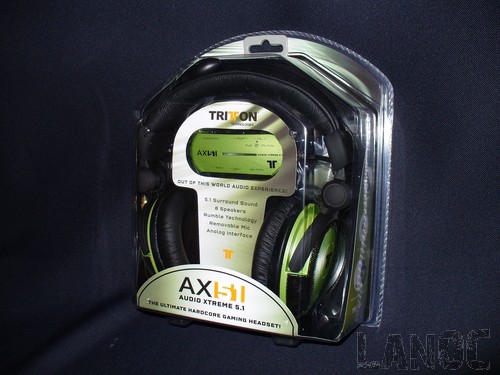 The bane of all those who purchase things frequently: sealed plastic.  Without care you will cut yourself to hell and back.  Why can't we as a society evolve beyond this primitive, dangerous technology?  I'm not asking Tritton to pioneer this movement by any means as the packaging is quite efficient.  You can get a clear view of the headset within, as well as the inline audio controller.  A grey and green background provides a good contrast in order to see the set better, and major specifications are listed under the headset. 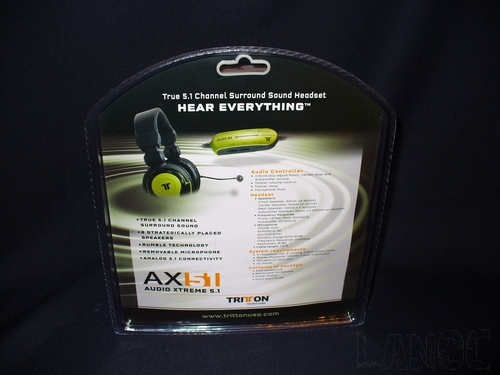 A quick start guide is included for the newbs, standard fair.  What's more interesting is a black felt bag included and listed as a carrying case - a nice little bonus -if it were easier to move this headset around... 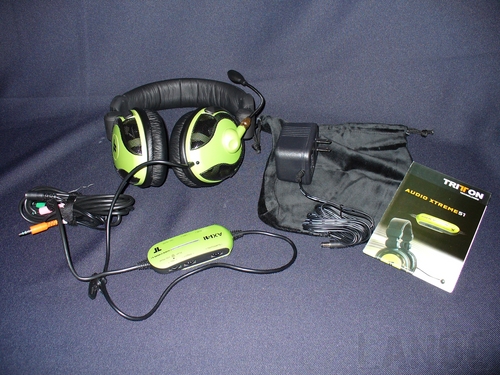 At first glance, the AX51's appear bulky yet I assure you there is a reason for this: they are easily one of the most comfortable headsets I have ever used, trumped only so far by my Grado SR-60's. The extra heft can be attributed to the thick and comfortable ear cushions, as well as the cushion on the head strap. 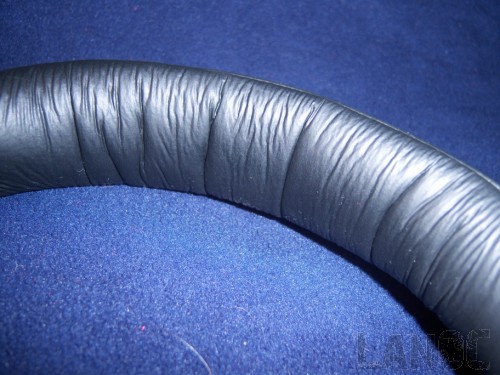 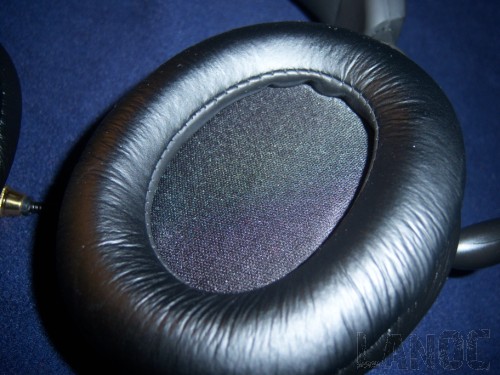 These prevent fatigue from setting in too early, allowing for longer comfortable sessions. The head strap is adjustable, which is to be expected, but through a refined mechanism that doesn't allow for unintended adjustment. 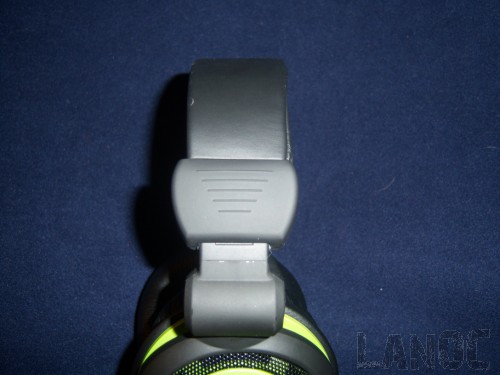 The headset still manages to weigh in impressively under a pound.  The headphones themselves swivel and fold for added comfort and storage, especially when attempting to use the the carrying case - without folding them in you won't be able to fit them in there. They are painted a metallic green color with black, proving to be an interesting scheme without standing out too much. The microphone is a gem of a device, surprisingly. It can plug into or unplug from the left headphone at your leisure, so if it irritates you or you just want to listen to music you can simply get rid of it. 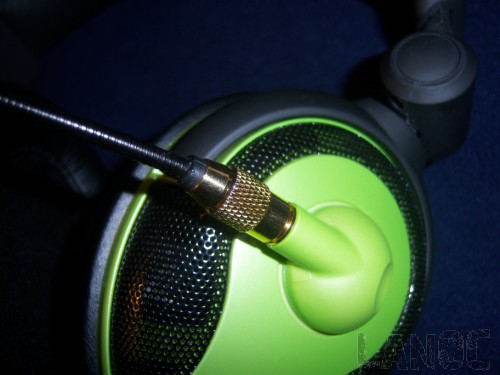 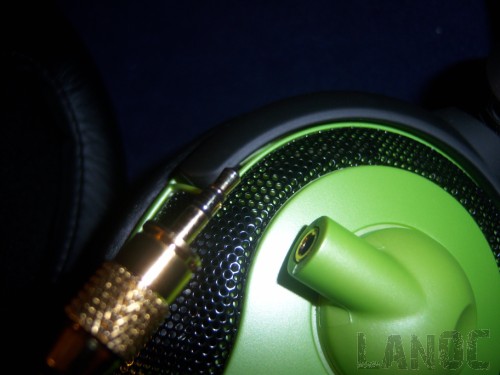 The microphone is bendable and very long which is a godsend.  It's absolutely no problem to place it directly in front of your mouth for super-clarity. 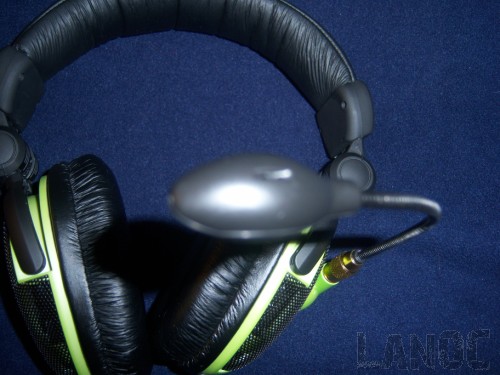 Now on to one of the distinguishing features of this set: the inline audio controller.  It functions as a rudimentary amp in order to provide quality sound. 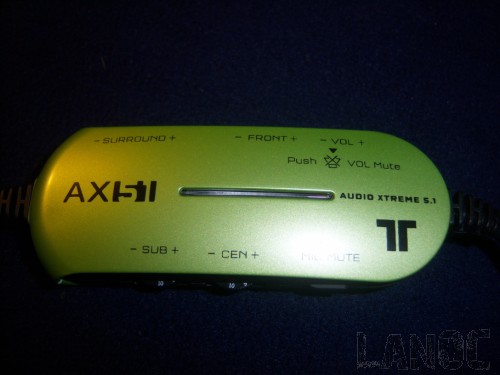 In addition, it makes it possible to control the levels of all the speakers individually, along with the obvious master volume switch.  By pressing in this switch, incidentally, you mute the headphones.  There's also a mic mute button as well. 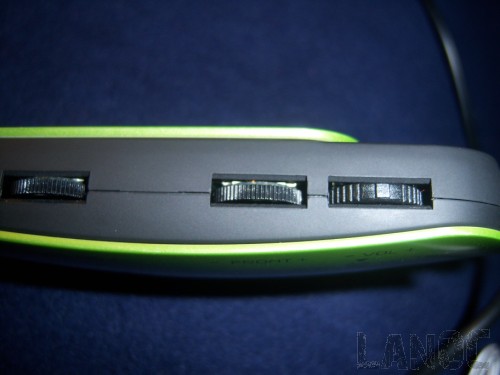 These features all prove to be handy to have at your fingertips, as by wearing the AX51's, you isolate yourself from all other sound. Initially, I thought the controller was too weighty and dragged down the cord.  Of course, Tritton was way ahead of me.  A convenient clip is attached to the cable a little farther up to attach to your collar. 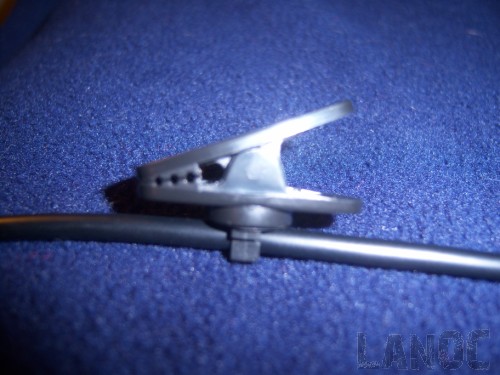 Problem solved.  A blue and purple LED lights the inline audio controller, with one problem: the blue and purple are supposed to denote the difference between muted and non muted, but it's near impossible to tell the difference.  A minor gripe.  Moving on to the major one.  Up until now, this has been a dandy of a headset feature-wise.  This headset requires an AC power adapter.  Yes, you heard me right.  A very real anchor, attaching you to the wall or a power strip at all times.  This also neuters the AX51's portability - sorry guy who likes to game at McDonald's on your laptop, as long as you don't have an extra outlet to plug into, you get nothing.  Now, its not like this is a deal breaker.  If you purchased this headset you likely wanted it for your desktop anyway.  I just don't see why it couldn't have been USB powered in order to preserve portability.  The Razer Barracuda headphones have a built in amplifier and all they require is USB.  An aggravating setback, I mean who wants yet another power brick to plug into their PC power strip?  Lastly, the connectors are standard color-coded 3.5 mm analog jacks, so nothing to write home about.

This is a divided subject. One part pertains to the audio positioning apparent in games due to 5.1 directional sound, and the other being actual music.  In game, the AX51's provide remarkably accurate directional sounds such as but not limited to: footsteps, gunfire, and voices. Its easy to become immersed in the game with these environmentally accurate sounds everywhere. These examples all have the potential for giving a gamer a potential edge over their competition especially if they are the ones making the noise.  Music is a slightly different tune, unfortunately.  The AX51's sound very good for the most part, even though the general rule is that 5.1 headphones have terrible quality when it comes to music.  Honestly with this set the only difference I hear in my music is that the bass is no longer clear, as the headphones produce a very rumbling, shaking bass.  I actually find this very amusing. Largely I believe this is due to gamers wanting ear shaking explosions from a headset.  However, for the people that think "musik is srs business", an accurate sound reproduction this ain't.  Otherwise I find them to be very clear with a rich sound, so in my opinion, still enjoyable to listen to music with. 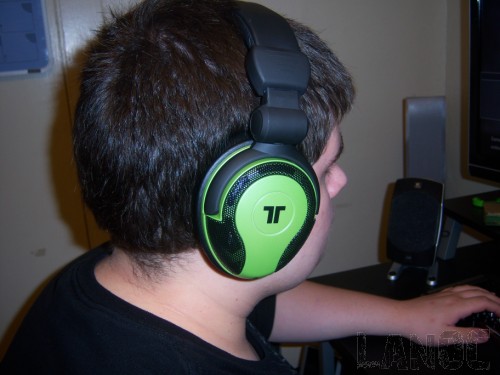 Gah. That power lump, it really hurts in all the wrong places.  Still, I have to give Tritton credit for this headset. Its comfortable, sounds great with music, does directional 5.1 like a champ, and has that convenient inline audio controller. The mic is one of the best on any headset I've seen, the list goes on and on... This product genuinely impresses me, it just has that one little thing you have to overlook.  I think, having listened to this headset, I would still buy it even knowing about the power wart.  You really can't go wrong at $69.99 retail, even more so if you just need a set that never goes anywhere - hence removing the power brick issue. 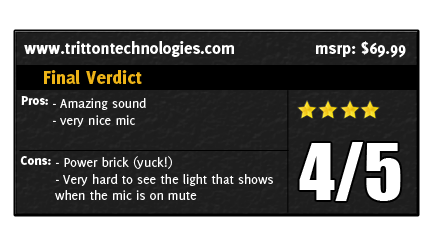 You might call him obsessed or just a hardcore geek. Wes's obsession with gaming hardware and gadgets isn't anything new, he could be found taking things apart even as a child. When not poking around in PC's he can be found playing League of Legends, Awesomenauts, or Civilization 5 or watching a wide variety of TV shows and Movies. A car guy at heart, the same things that draw him into tweaking cars apply when building good looking fast computers. If you are interested in writing for Wes here at LanOC you can reach out to him directly using our contact form.
Discuss this article
Log in to comment
Posts in discussion: Tritton AX51 Headset