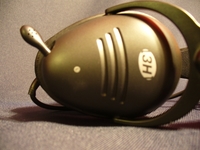 Its news to me, but a headset is apparently very important to Gaming. All of those years I thought you could just yell at the screen. It turns out you needed a headset for everyone to hear you. SteelSeries apparently knew I was having this problem and sent me one of their 3H headsets. This is the same headset that we gave away at our last lanparty also. If it’s anything like our experiences with steel series in the past we should be happy. Click to find out 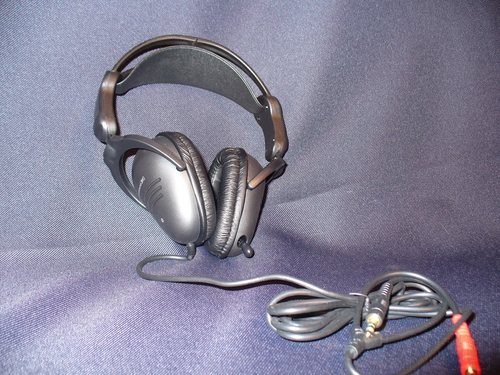 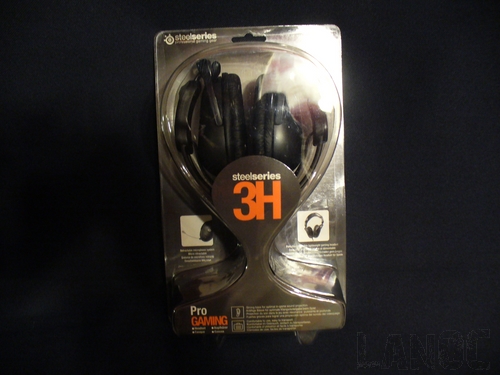 Packaging The 3H’s come in a relatively normal headset packaging. That means they came in a plastic blister package with a cardboard backing. The packaging makes it easy to see the headset and also shows off how compact the 3H’s can be when folded up. On the front they have a few pictures of some of the features along with a few descriptions in 4 different languages. On the back the multilingual feature lists are expanded and in ten different languages. It’s obvious that they sell the 3H internationally. Additionally they have a specification list, a small section naming off a few gaming teams they are partnered with, and a description of Steel Series. 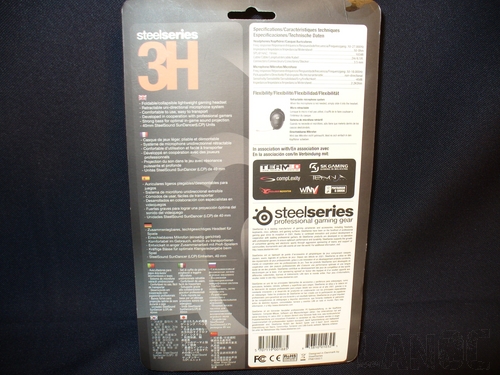 Sound All of our testing was done using a high quality gaming sound card, specifically the Razer AC-1; this should mean that the sound quality is in the hands of the 3H, and not the computer. I started off with a little bit of music. Listening to a few FLAC files (NIN Survivalism, Garth Brooks - The Thunder Rolls, Doobie Brothers Live, and Foo Fighters – The Pretender) you can really notice a rich sound. Specifically while listening to Garth Brooks the guitar sounds amazing clear against the thunder in the background. Moving on to how they sound in game, while putting in many hours of gameplay into Team Fortress 2 working on my Pyro Achievements I was able to give the 3H’s a good run though. Just like our testing with music, they have a full rich sound. As for directionality, they do leave a little bit to be desired. What it comes down to is you can’t have great directionality and amazing music sound. This is a great example of that, but they do sound amazing. 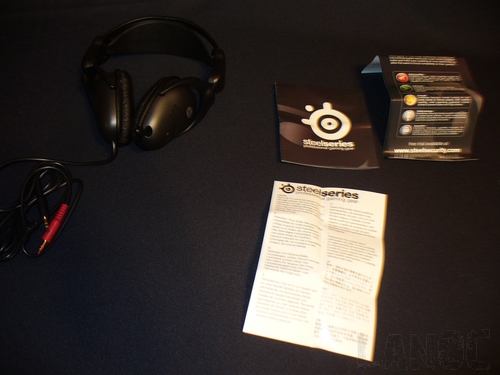 Comfort After hours of gameplay any headset will feel uncomfortable. The question is how long it will take, and how are they uncomfortable. As I’ve talked about before, I like large over the ear headsets because too me they are more comfortable. So it’s no surprise that I found the 3H’s uncomfortable. They are so small they press around the outside of my ear causing my ear to hurt in a very short amount of time. In order to make sure that this problem wasn’t just me I had a few people try them out. My wife found them comfortable; she has always liked on the ear headsets and finds the bigger headsets uncomfortable. This is mostly because she is smaller I believe. It’s good to know that’s she didn’t feel any discomfort while using the Steel Series 3H. I think it comes down to a preference, if you like on ear you will love these. They should also be great for anyone with a smaller head, like a spouse or kid. I personally found them to be painful. 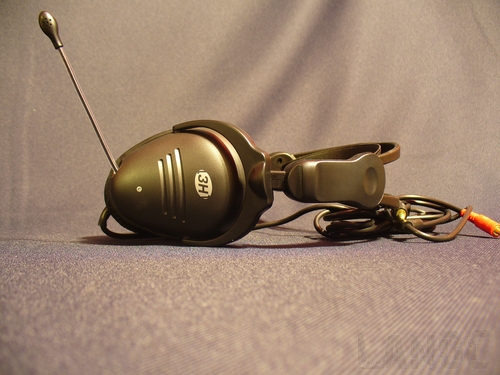 Overall Steel series has always put out good products. Even though I wasn’t happy with the comfort of the headset it doesn’t mean everyone won’t be. The sound quality was very good considering the size of cost of the headset. I would love to try out one of their bigger higher quality headsets; I’m willing to bet that they would fix the flaws that I’ve found in the 3H. The microphone worked well in game, so much so that it worked perfect without even having to pull it out of the headset; although if you want to do that you will have a very flexible microphone to put wherever is comfortable to you. If you find the 3H comfortable they would be perfect for taking to lan partys, they pack up into a extremely small area. Lastly I would also like to mention the cord. The cord is thick and gives you the impression of quality. But I must nitpick about the mini headphone plugs. They have colored the microphone plug red and the headphone plug black. It’s become somewhat of a standard to see these plugs in pink and green, this could cause some confusion while hooking the headset up. 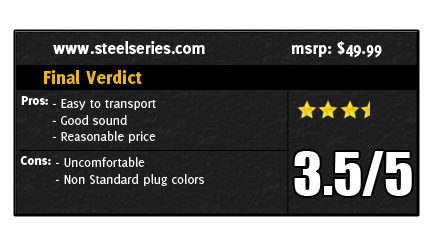 You might call him obsessed or just a hardcore geek. Wes's obsession with gaming hardware and gadgets isn't anything new, he could be found taking things apart even as a child. When not poking around in PC's he can be found playing League of Legends, Awesomenauts, or Civilization 5 or watching a wide variety of TV shows and Movies. A car guy at heart, the same things that draw him into tweaking cars apply when building good looking fast computers. If you are interested in writing for Wes here at LanOC you can reach out to him directly using our contact form.
Discuss this article
Log in to comment
Posts in discussion: Steel Series 3H