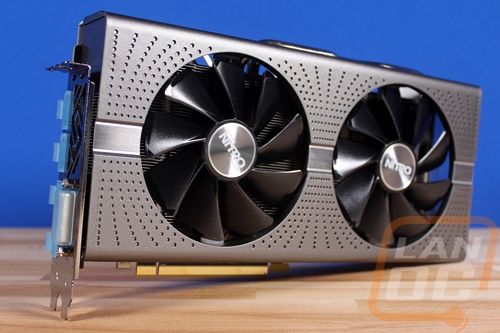 2017 has been crazy and we are only a few months in really with multiple big launches from AMD. They launched their RX 400 series of cards last June and the excitement and hype has hardly slowed down in AMD groups. Now that Ryzen 7 and 5 are both out and with rumors of Vega starting to pick up AMD decided to slip in the 500 Series launch. This might be one of the worst kept secrets with cards being sold worldwide for the past week or two but today is the day we finally dive into it all officially. For the launch, AMD sent over the latest Sapphire Nitro+ RX580 in an 8GB Limited Edition version. So today I’m going to run through what the 500 Series is all about and then I’m going to test the Sapphire card and see how it compares. For even more fun I dug out the RX480 Nitro+ that dominated our RX480 charts to see how the new card compares to its year older brother.

So just to start things off, a lot of people thought and some still think that the 500 Series launch is AMDs Vega launch, that is not the case. This is, in fact, a refresh of the 400 Series of cards based on Polaris. Driver and software wise, the RX 400 cards have improved a lot from their launch and if you haven’t followed that you might be surprised at how they perform now. AMD is taking advantage of that improvement and bumping up clock speeds as well and rebranding the cards. That is why on our press call AMD used the terms Polaris Evolved and Polaris Enhanced. This slide in fact really summed it all up. Aggressive tuning for higher clocks, expanded options with a lot of partner designs, and enhanced idle and multi-monitor efficiency.

One of the big introductions a while back was Radeon Chill but it didn’t get very much attention. AMD has now expanded the games supported to include League of Legends and DOTA2 two of the most popular games played. Basically, Radeon Chill work in games that don’t need as much graphical power as other games like older games and the eSport focused games that will run on anything. They basically cap your framerates to lower power usage and keep your card running cool. The goal at least is to cap high enough where it isn’t noticeable so on the RX580 they are looking at between 60 and 144 FPS. They also claim quicker response times as well with fewer framing being queued. 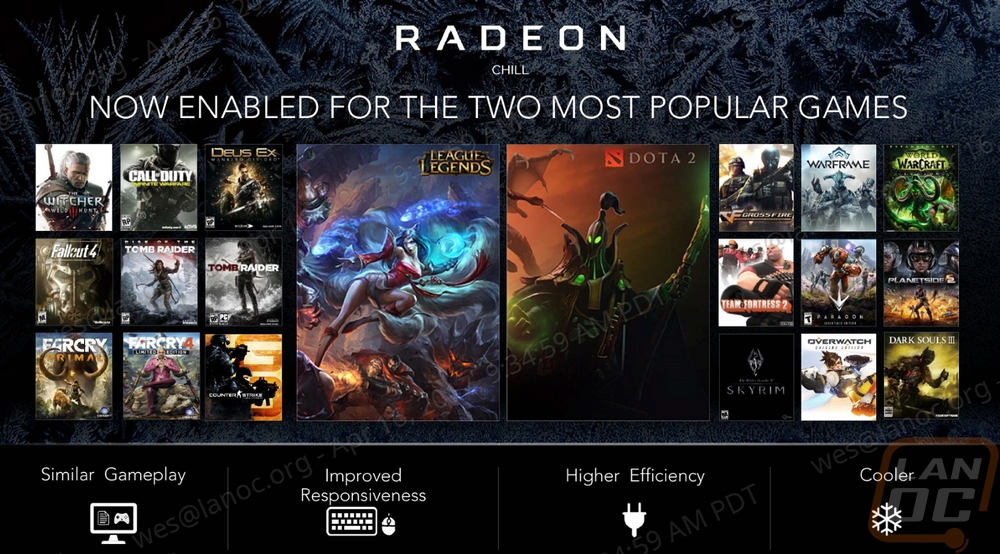 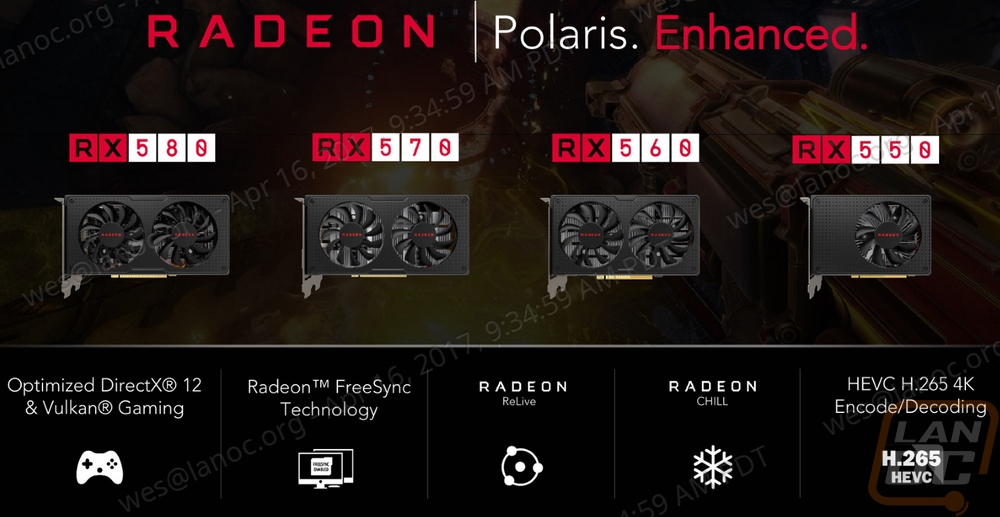 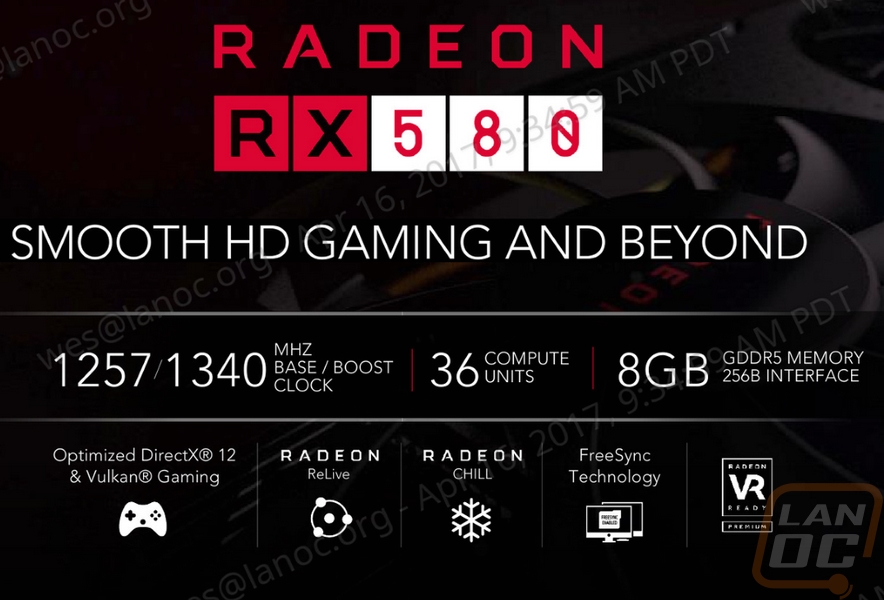 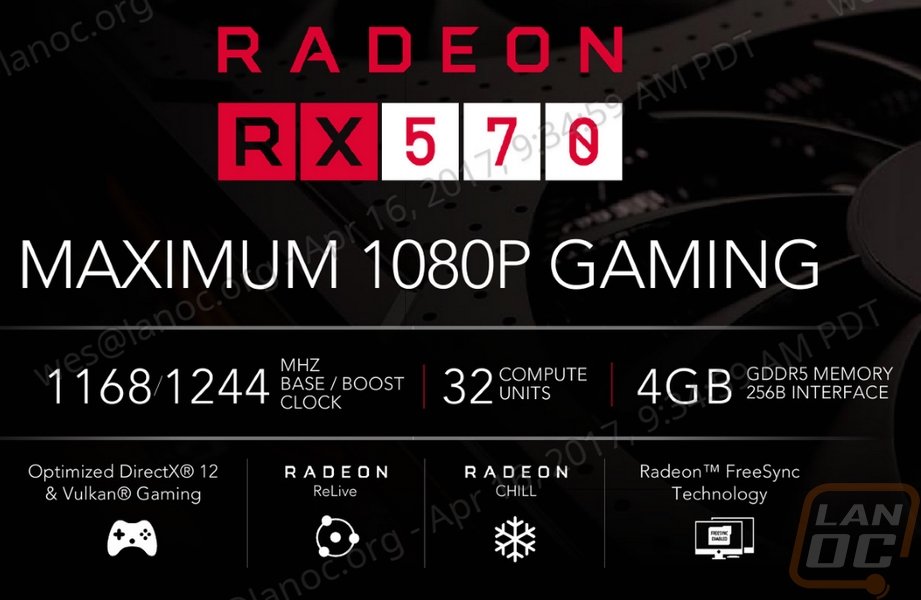 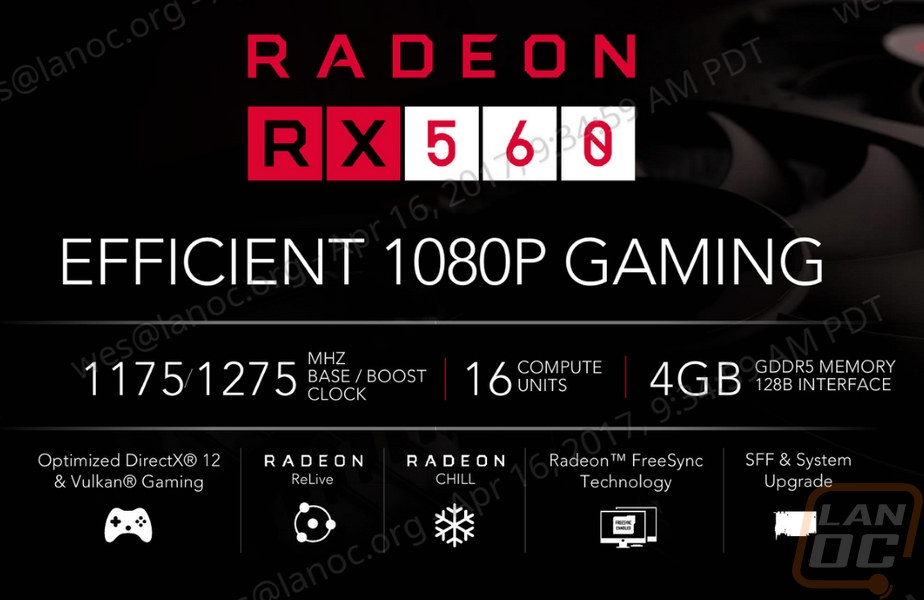 The RX550 is a little more interesting because it doesn’t have a direct competitor from the RX400 series. It is a much smaller, single fan card with a 1183Mhz boost clock. It only has 8 compute units and 2 gigs of vRAM as an entry level card. 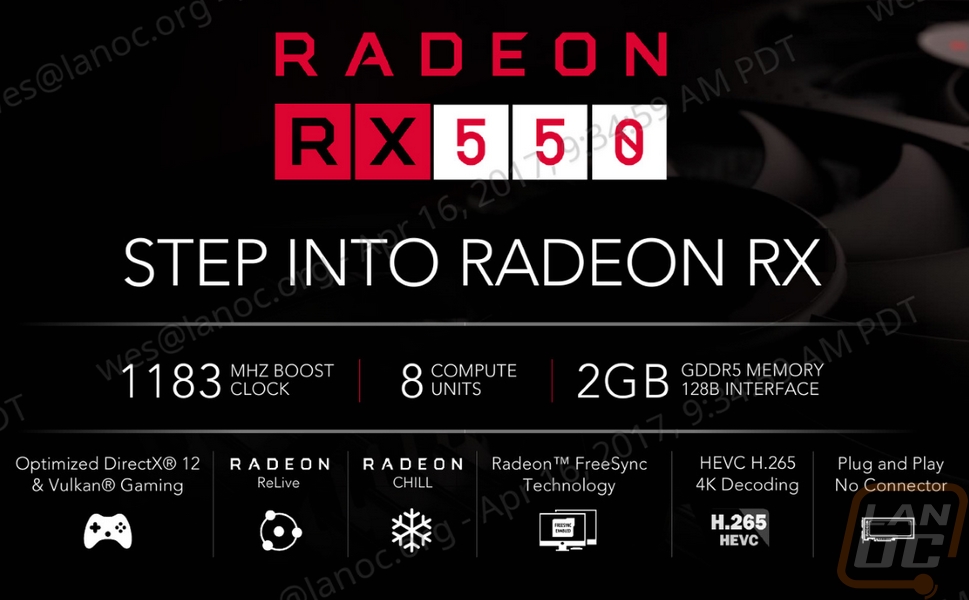 Here is a larger specification breakdown for the RX580 and RX570. 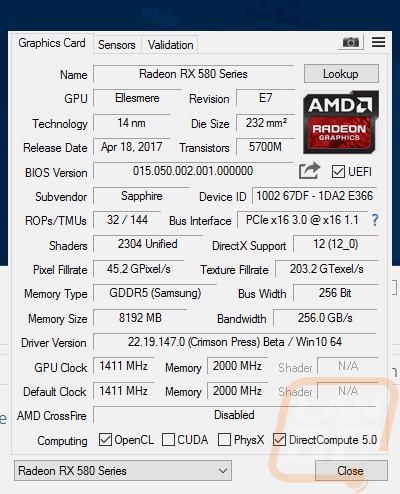