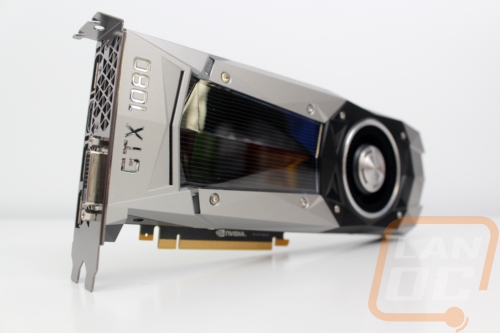 So synthetic benchmarks are well and good, but as I’ve always said at the end of the day it’s all about the in-game performance. That’s why we build badass computers right? So the majority of my testing of the GTX 1080 was testing in game performance. I also added two new games to our benchmark suite as well to make sure we are covering the latest and most demanding games. With that, all of the games tested are run at their highest settings with the exception of turning off things like V-Sync that could change the results.

With 11 different games being testing it can get a little crazy to read, so I do like to condense all of our testing down into two graphs to break down the overall playability. This breaks the results down into below 30 FPS that I consider to be unplayable, over 30 FPS but less than 60 that is playable but not ideal, and then everything over 60 FPS is perfectly playable. I do this for both 1080p and 1440p resolutions. As you can see below, the GTX 1080 stomped both of these resolutions. There was only one game that came in below 60 FPS at all and that was Ashes of the Singularity. Even so that was only slightly below 60.

Like I mentioned before, we always have a lot of graphs when you are testing 11 different games. But this time around it is twice as bad because of the last minute demise of our video card test bench. In addition to the newly ran tests on the GTX 1080, GTX 980 Ti, and the GTX 780, I also included our old graphs on the old test bench. We can use the GTX 980 Ti and GTX 780 results for each of those to get a good idea of the performance difference delta between the two but the results still can’t be compared directly.

That said let’s take a look at the game results to see if there is anything interesting. The first interesting result is of course from Ashes of the Singularity, the only game that came in below 60 FPS for the GTX 1080. What was interesting to me was that even though this didn’t hit the over 60 FPS goal on either resolution, the GTX 1080 still performed better than everything else I tossed at it. It looks like I found the new go to test at lower resolutions now that cards can blast through the games that would cause even the best cards to slow down a year ago. The GTX 1080 dominated the charts, putting up numbers faster than even the GTX 980’s in SLI in most tests and not even being close to the next fastest cards like the Titan X in just about every game. Even crazier is that most of the games tested won’t even run into slowdowns on higher refresh rate monitors with games like Sniper even putting down just over 270 FPS. These aren’t basic games and I don’t have the settings turned down, but the 1080 ran through them like I did. 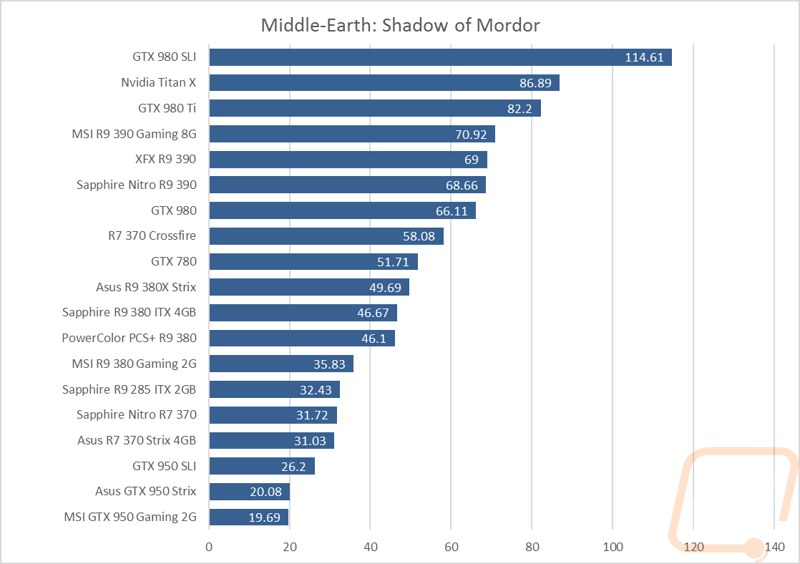 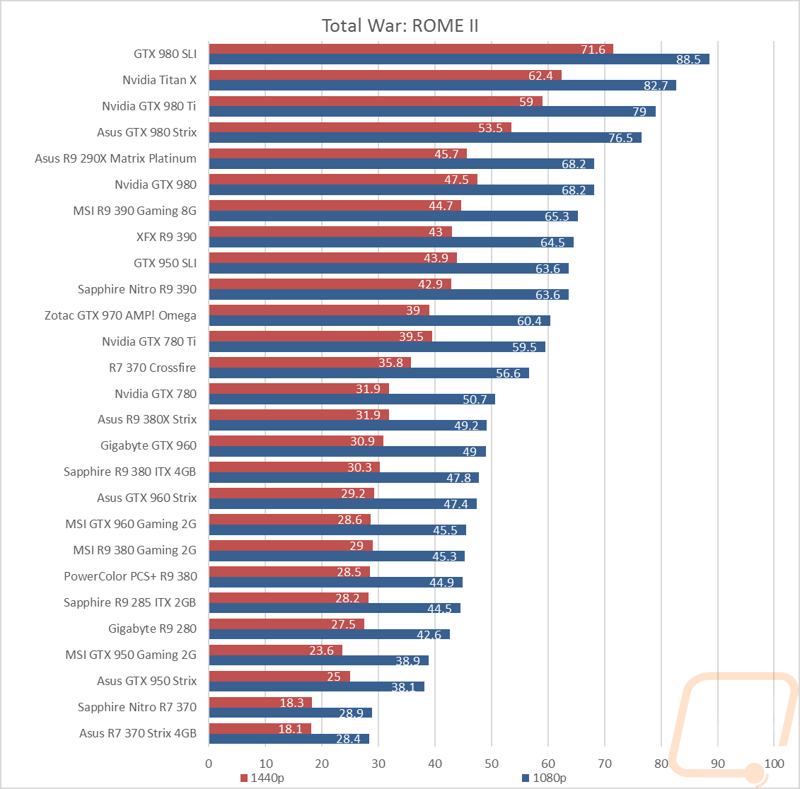 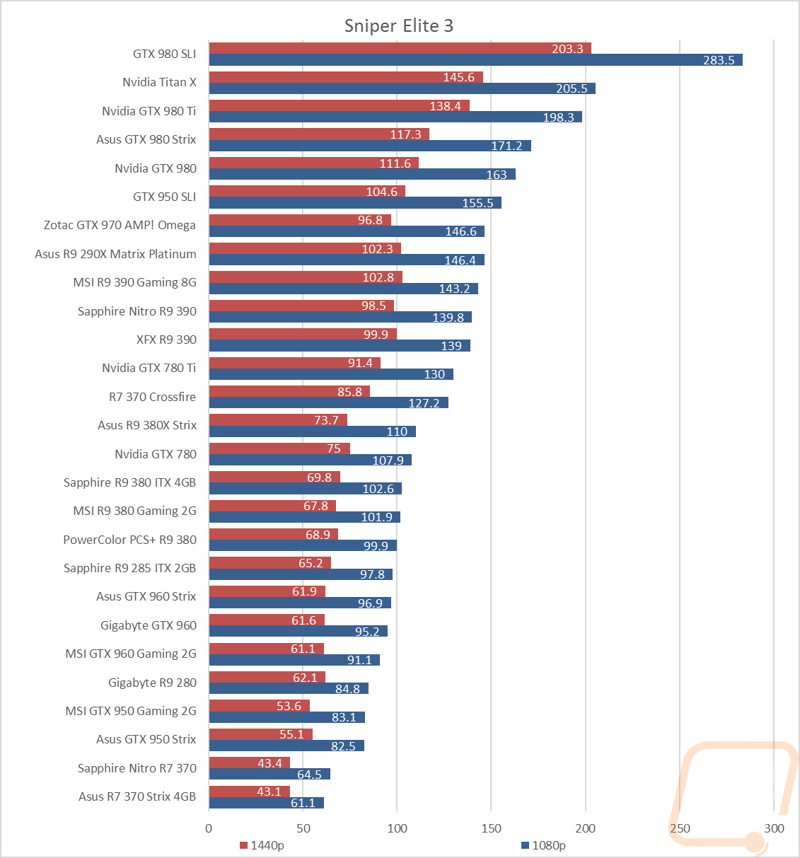 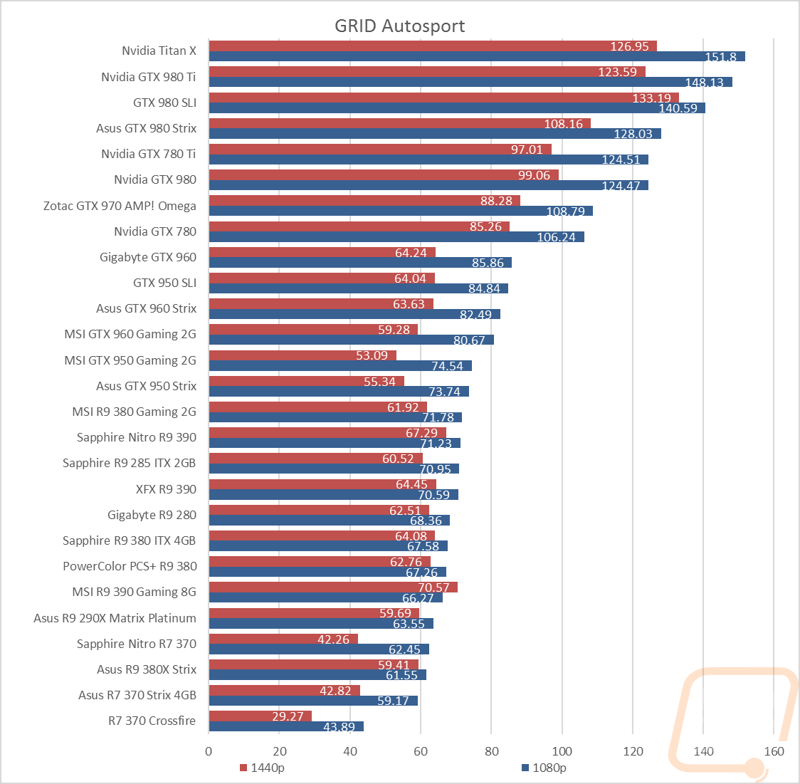 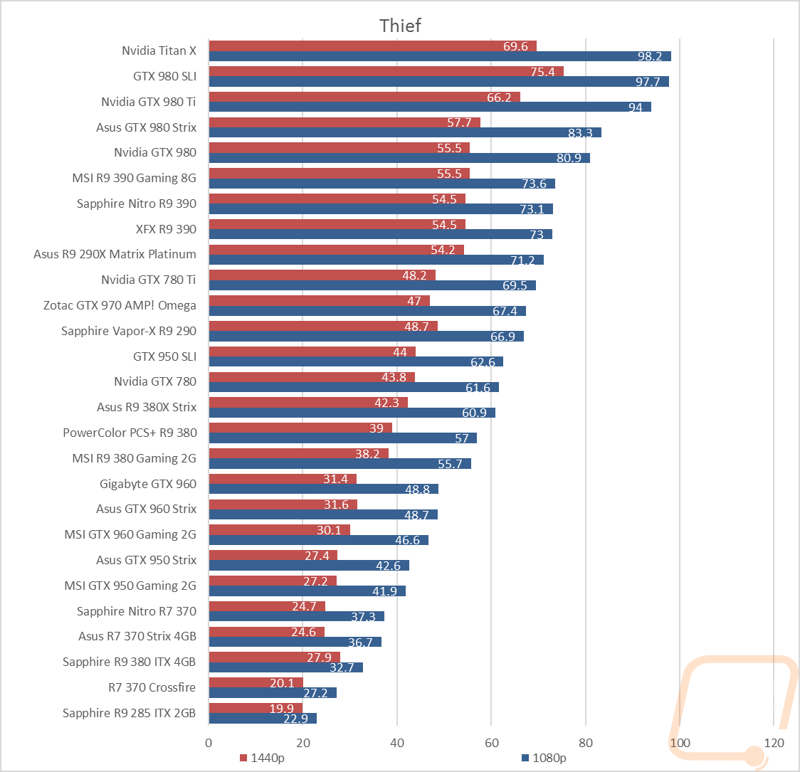 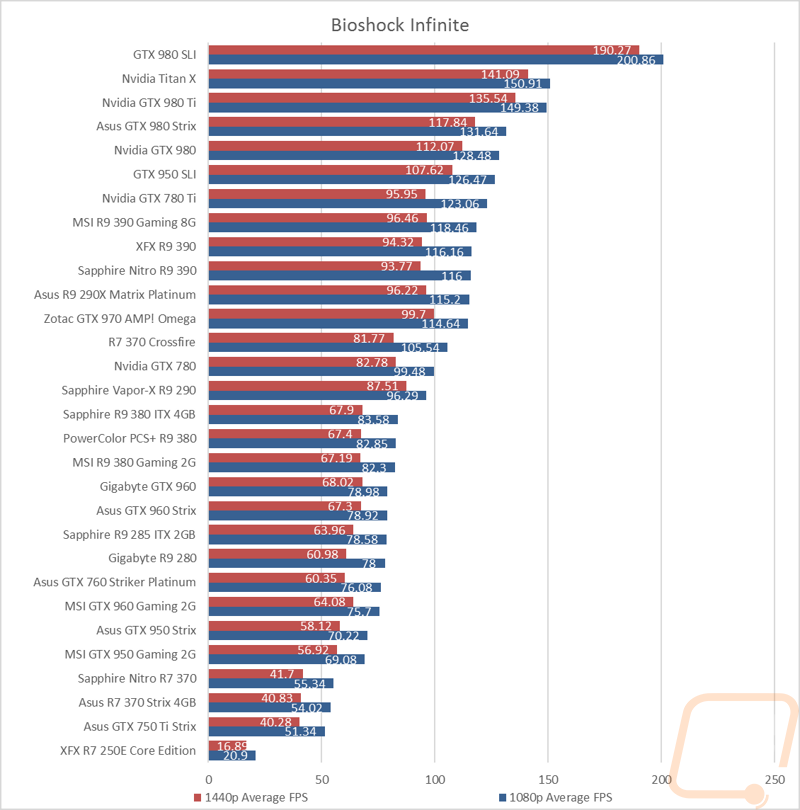 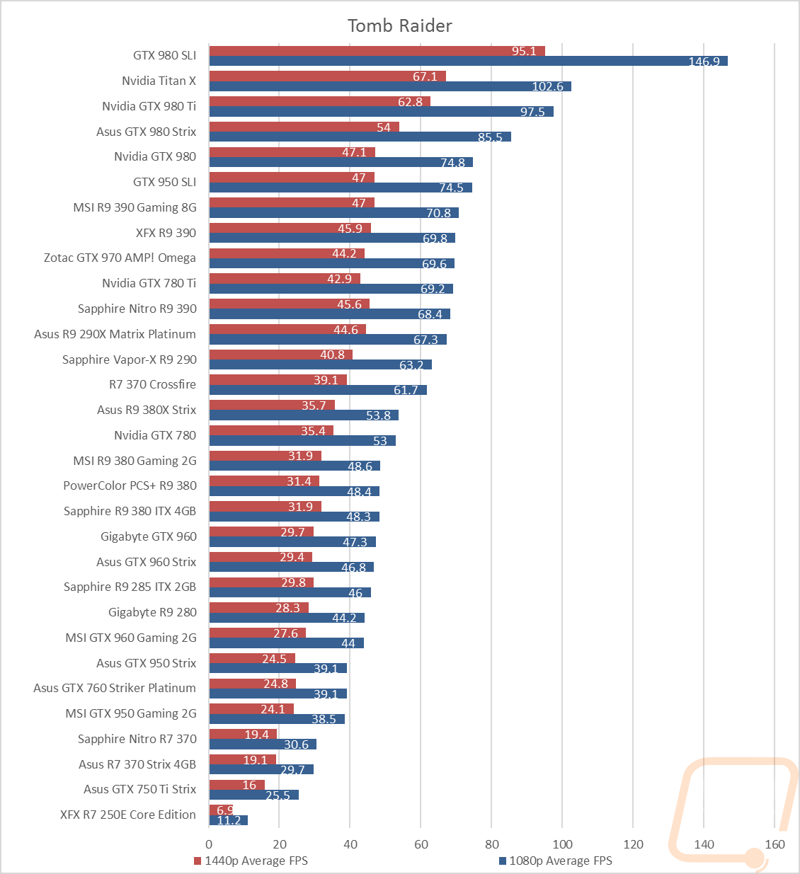 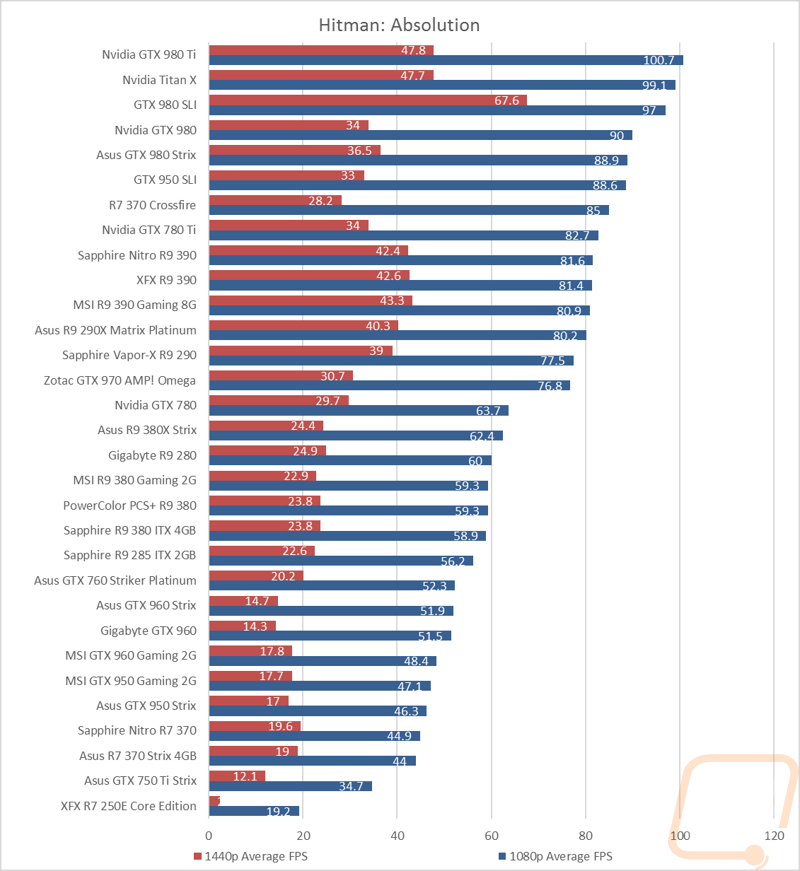 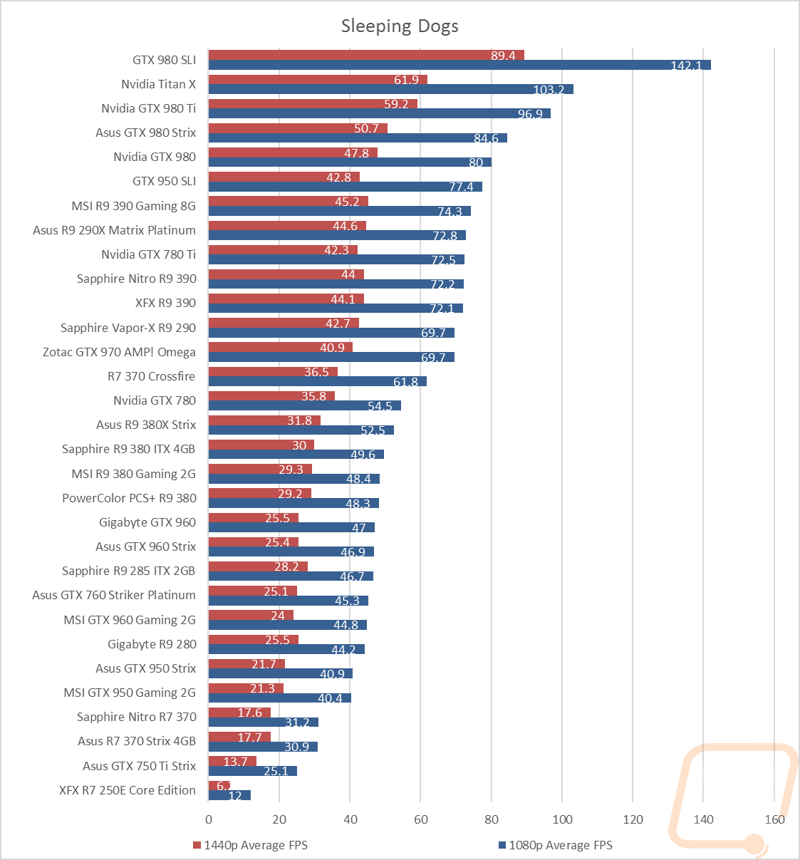 We have 1018 guests and one member online