Most of you should know about our testing process for cooling and noise. For those that don’t know how it works. We use Furmark to put every card under more load than any game could. While doing that, we keep the fan settings set to automatic. This way we can see how hot the card will get under this extreme load without having to tweak the fan speed. Along with that we judge the noise performance while doing this. Of course if we cranked the fan speed up to 100% we would hear more noise, but we want to know what you should expect under normal use. 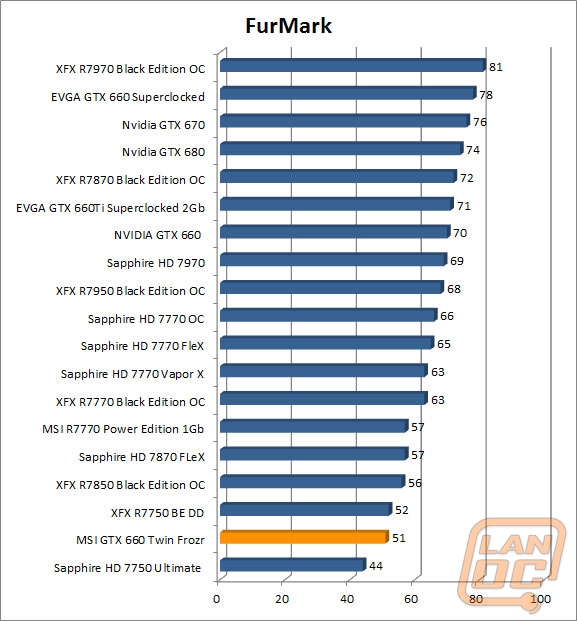 With twice the fans I wasn’t shocked that the GTX 660 Twin Frozr was audible. Even at idle speeds I could clearly hear the fans, with the noise getting more noticeable as we tested. I can even go as far to say that this is one of the noisiest cards we have tested, but considering the cooling performance I’m not shocked. This card is designed simple to keep things cool at any cost, including a little more noise.

We have 1267 guests and no members online