It’s hard to ignore the style of the MSI GTX 660 Twin Frozr. The Twin Frozr III design is incredibly attractive. The entire fan shroud is made out of aluminum giving it a very high quality feeling when you have it in hand. I love the small styling touches they put in it including the groves in under the fans. The two tone color scheme is good looking as well. Of course the twin fans that give the cooler its name are unique as well. If you look at the fan blades closesly you will see both glossy and matt finishes and a design that I’ve never seen on a normal PC fan before. MSI claims 20% more airflow than a normal fan blade design due to the changes in the cards two 80 mm fans, we will see how the whole package performs in our cooling section. 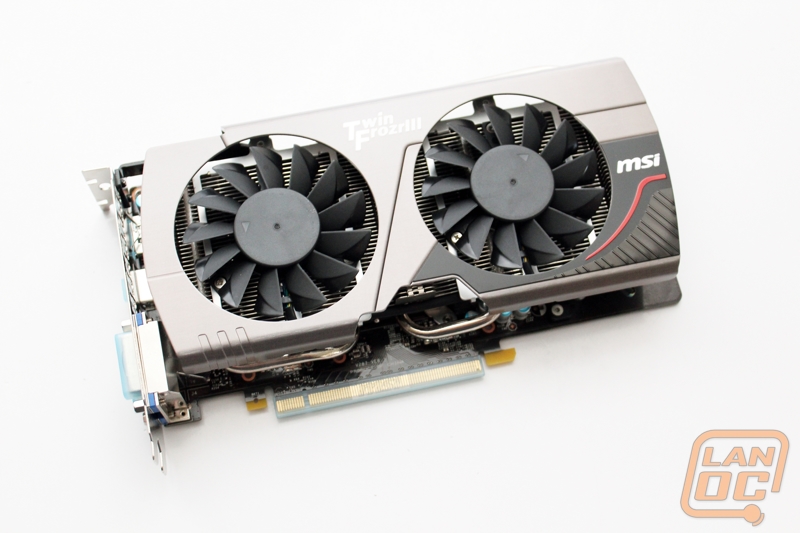 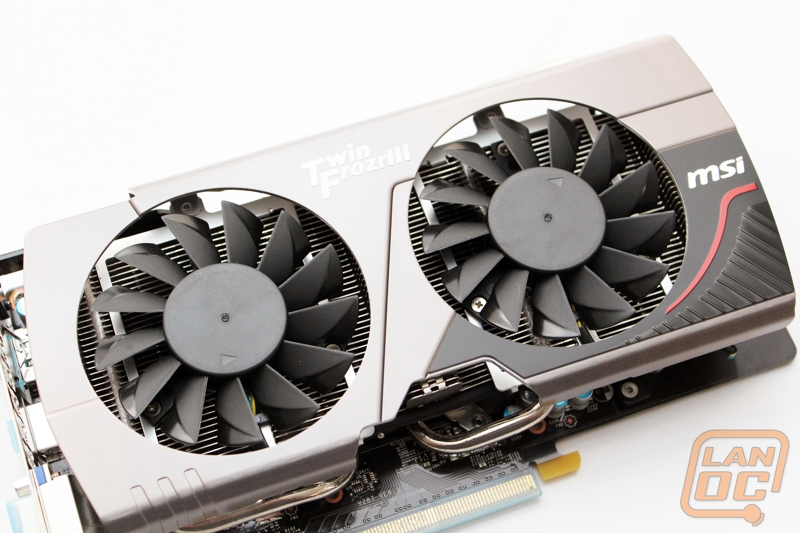 The unique cooler design does not go to the PCB on any of its sides meaning it vents the hot air to the inside of the case. Most of today’s cases have enough air flow where this won’t be an issue, but if you are already dealing with heat issues; you don’t want to push more air into the case. 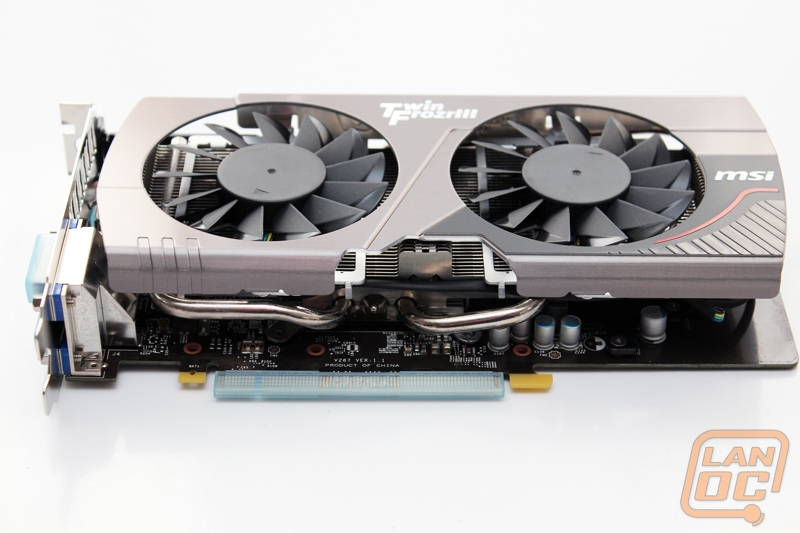 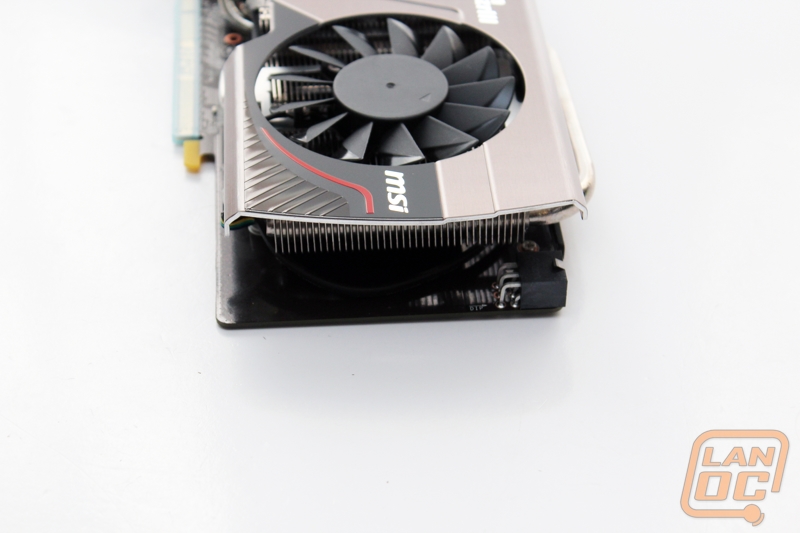 Up on the top of the card you can see a large black bracket that helps keep the entire heatsink secure. You can also see one of the cards three heatpipes. They went with one 8mm “superpipe” (that you see on the top here) and two 6mm heatpipes to push the heat out to the fans. 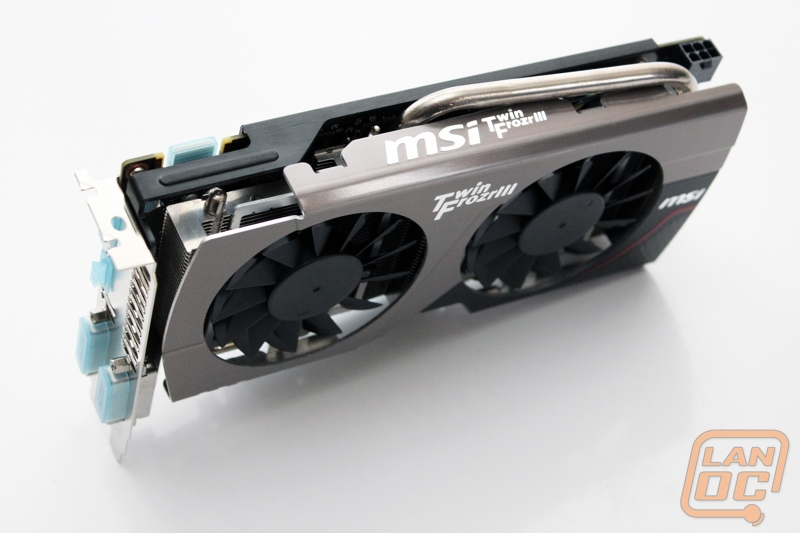 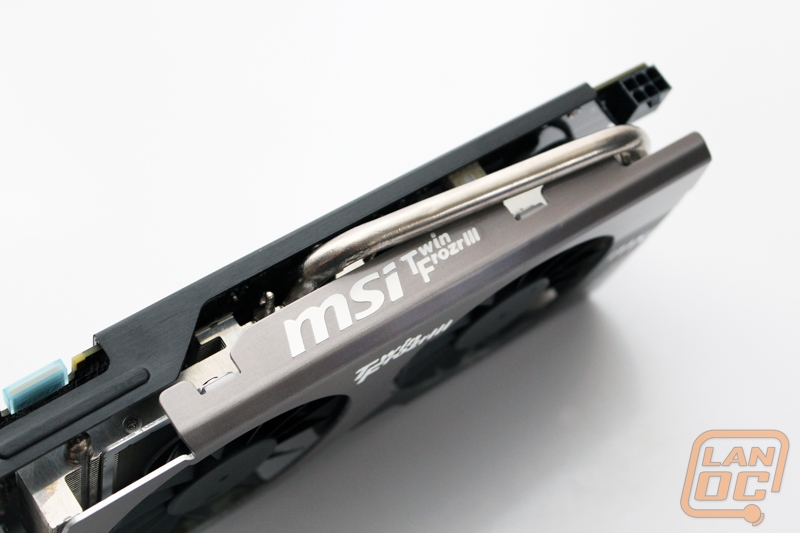 Tucked in behind the heatpipe is the cards single 6 pin connection. You will also notice that this is down at the end of the card, not in the middle like on the reference design. I also love that right up top there is a MSI Twin Frozr III logo machined right into the aluminum fan shroud for all to see when looking in your case window. 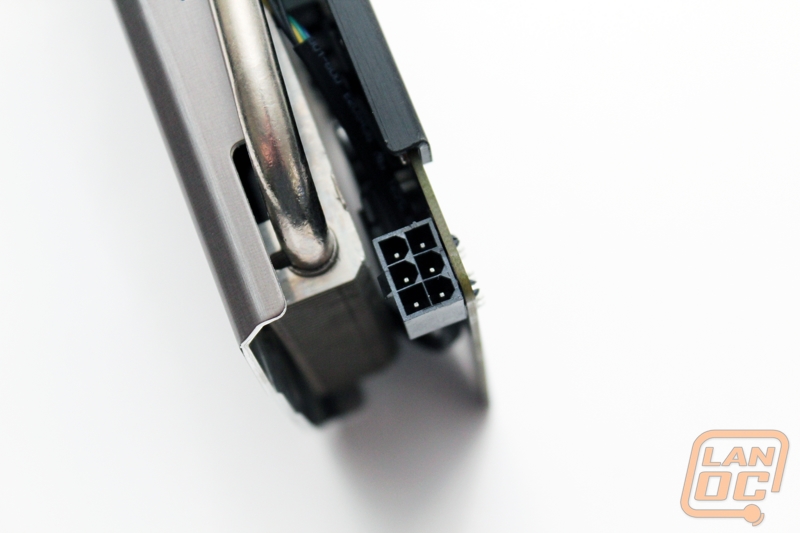 The PCB for the Twin Frozr is considerably longer than a reference board. You can actually see where it starts to the right of the CE logo with that stack of solder points, on a reference board this is the end of the board. Really the only reason they went longer here is to push the power connection down to the end of the card like you would expect. This is key for MSI to be able to fit both of the fans on their heatsink. If you look at the PCB you can actually see the trace lines where the power is moved over, from what I can tell the PCB design is otherwise the same. 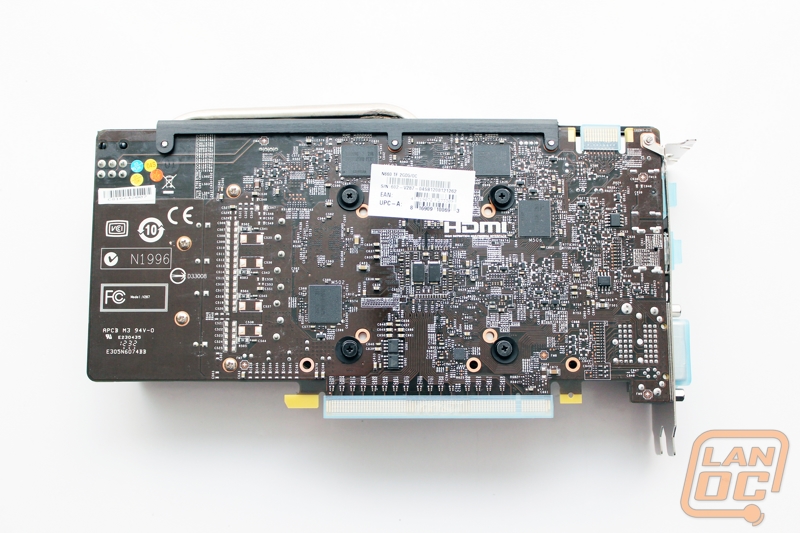 The connections available are the same as what we saw on the last GTX 660, you get two DVI, one full sized HDMI, and one full sized display port connection. The DVI’s split up into one DVI-I and one DVI-D like normal as well. 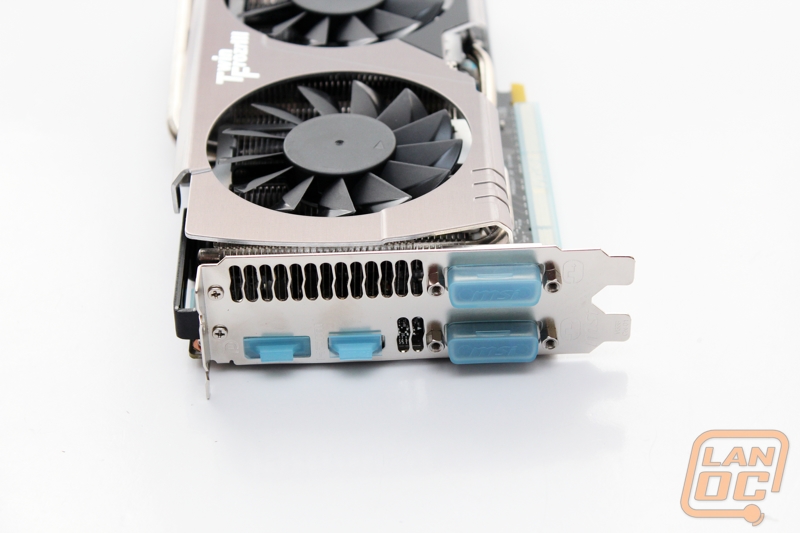 Here is a good comparison shot between the reference design GTX 660 and a non-reference design. You can see the Twin Frozr is about an inch shorter overall but the actual PCB is almost two inches longer than a reference design. This shows that MSI went with their own PCB design, not sticking with the Nvidia design. 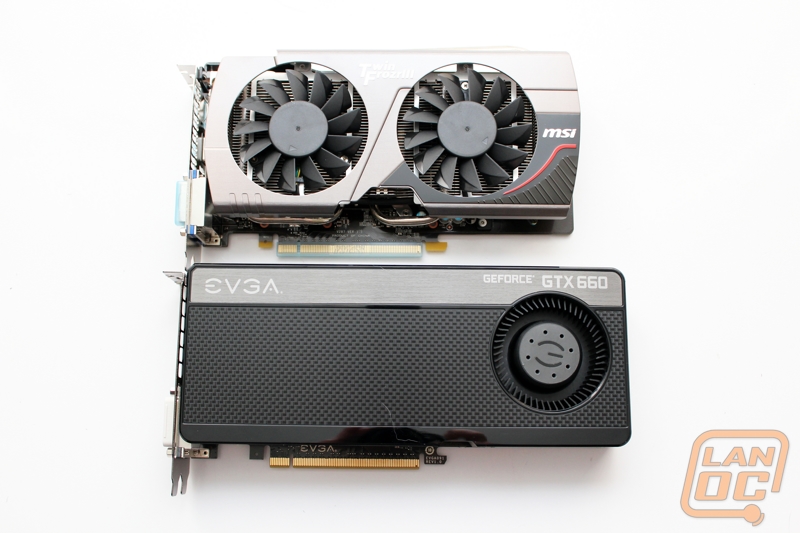 We have 1309 guests and no members online