The video card market in the past 8 months has been filled with lots of up and downs. Both AMD and Nvidia have been going back and forth as they introduce their new product lineups. Kepler specifically has been especially impressive in the efficiency and power side of things. Even still there are a lot of people who have been holding out from throwing down almost $400 on a GTX 670 because of its price. Today a lot of those people will finally get the chance to see what else Nvidia has to offer. The GTX 660 Ti is launching at a sup $300 price point and today we will be taking our first look at a Superclocked 2Gb model from our friends over at EVGA. I’m just as excited as you are to find out how it will perform. The price point puts it up against the HD 7870, but how will they compare in performance. 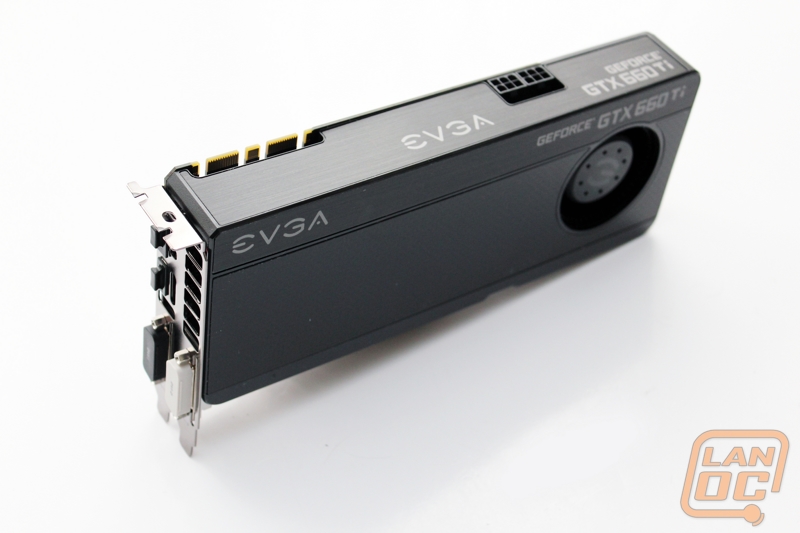 In our GTX 680 launch article covering Kepler architecture we went into detail on the improvements Nvidia has made to this generation of cards. We touched base again with the launch of the GTX 670 with its scaled down version as well. Today we get to cover the changes from the last time we took a look at a Kepler card (GTX 670). Unlike the differences between the GTX 680 and GTX 670, this time around things are very similar.

For starters, you are going to end up with the same long list of features that we saw on both the GTX 680 and GTX 670. GPU Boost, Adaptive VSync, and the ability to run four monitors from one card are all available on the GTX 660Ti. You are also going to have Nvidia exclusive technologies like PhysX and their newly introduced TXAA as well. With The Secret World being the first game with TXAA and games like Borderlands 2 with it coming up soon, now is the time to get in!

For those of you who don’t remember, TXAA is a new way of handing Anti-Aliasing that does a better job at lower power usages. That means smoother in game details without needed SLI to run with the settings turned up. Here are videos showing both Physx and TXAA in Borderlands 2 and The Secret World.

Speaking of Borderlands 2, at the start of this launch Nvidia is celebrating by bundling a free copy with your GTX 660Ti purchase as long as you purchase it at participating retailers like Newegg and NCIX (and many more) 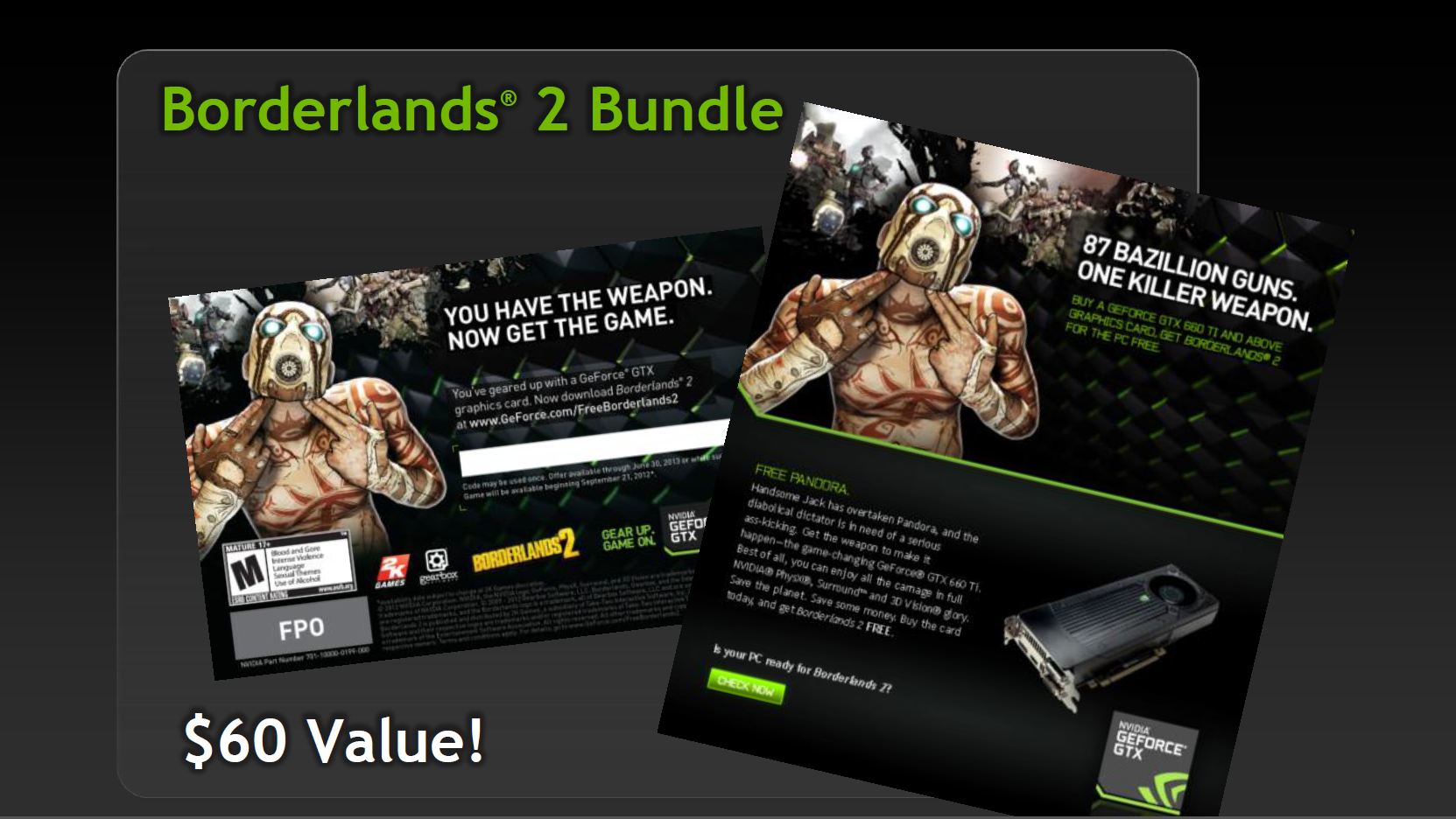 Breaking down the specifications the first thing that stands out to me is that the number of CUDA cores on both the GTX 670 and GTX 660 Ti are exactly the same at 1344. In fact, even base and boost clock speeds are the same at 915MHz and 980 MHz respectively. Were we do see a difference between the two cards is in TDP with the GTX 660Ti pulling 20 watts less at 150 Watts, and also in the onboard memory.  They both have the same 2048MB’s of Video Memory, but the GTX 660Ti moves to a 192 bit Memory Interface from the 256 bit of the GTX 670. This drops the total memory bandwidth down to 144.2 GB/s from 192.2 GB/s. Truth be told, this is the only real difference between the cards making the GTX 660Ti potentially a killer card considering how great the GTX 670 performed. 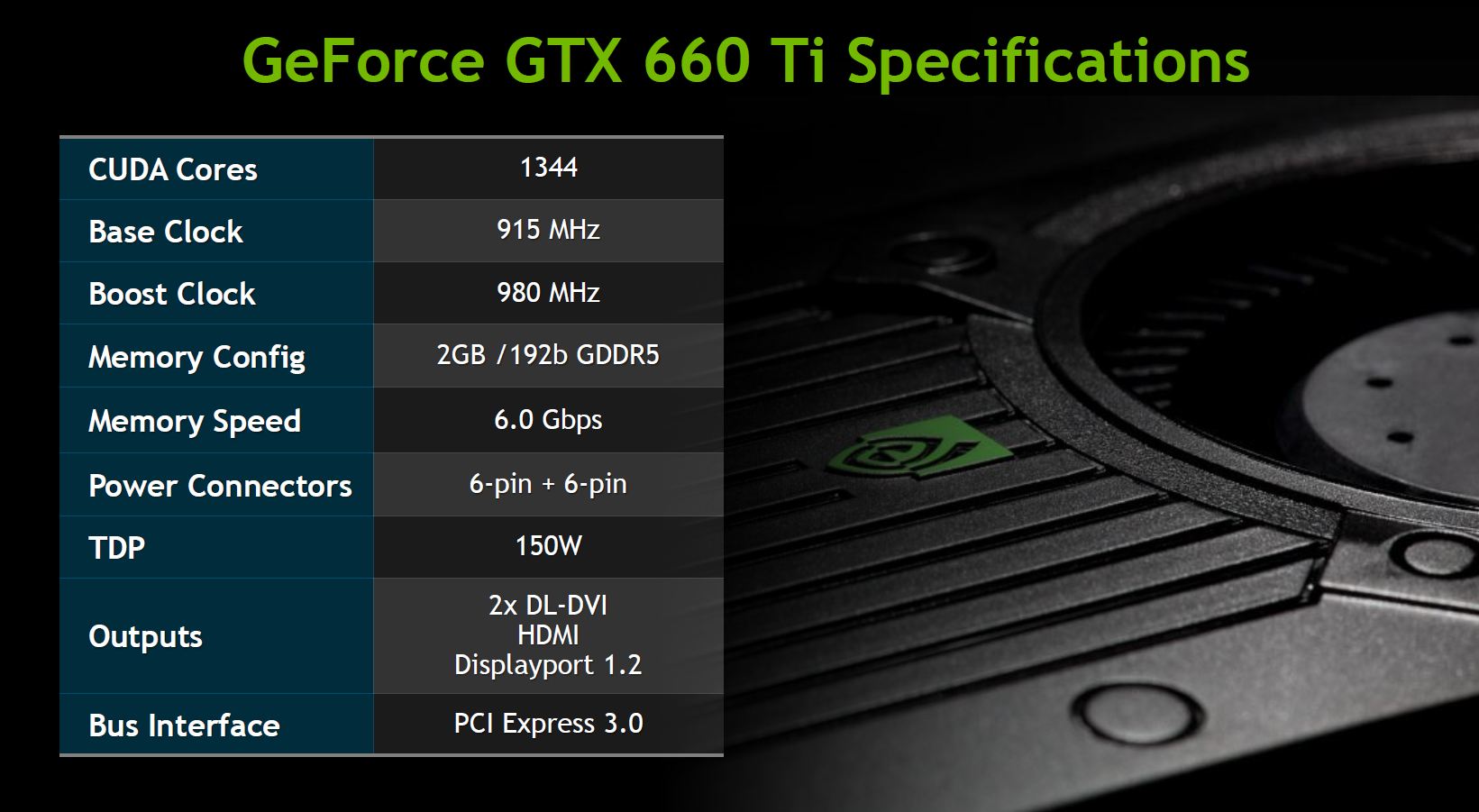 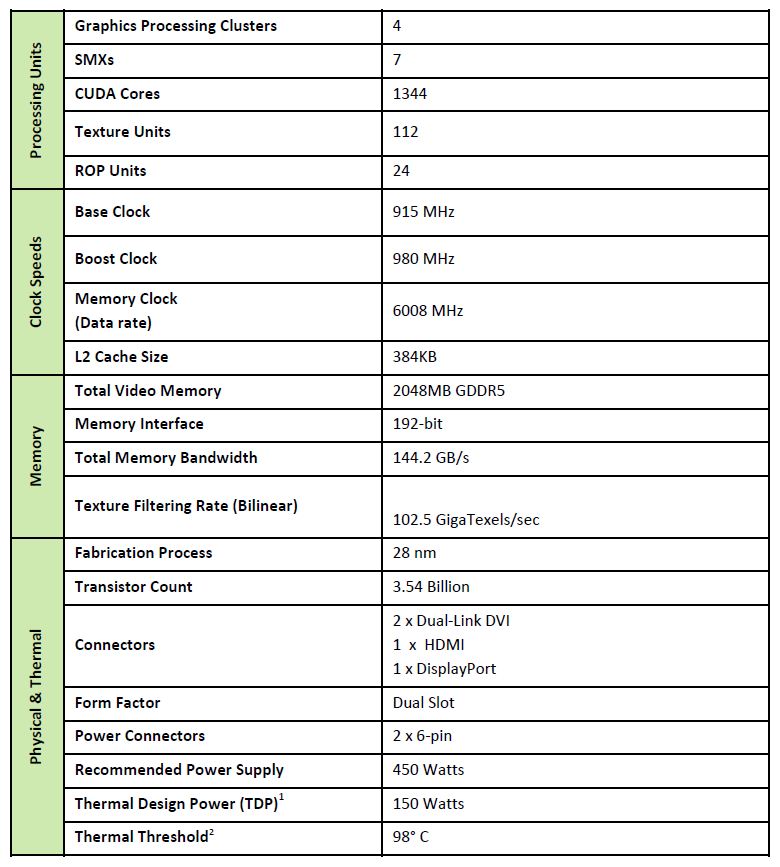 Nvidia is allowing overclocked and non-reference designs right at launch meaning most manufactures will have a wide variety of cards available. EVGA’s product lineup is below along with each models pricing. I have bolded the model that we will be testing today, as you can see they have models going all the way up to 359.99 when you get into 3Gb models.

Cant wait to get my hands on them.

We have 1758 guests and one member online