Let’s not beat around the bush here, the GTX 660Ti looks exactly like the GTX 670. The only differences between the card we saw and this one is that EVGA uses a custom design that is slightly different than what we saw with our reference card. But this card looks spot on for EVGA’s GTX 670. This isn’t a bad thing at all; the GTX 670 is an amazing card that performed great in our testing previously. It’s great to see that the GTX 660Ti isn’t very different. I will say that the EVGA style they have going here is very sharp. This is a good looking card that doesn’t require artwork or fancy shapes molded into the plastic shroud to look good. The fact that the cards model name is right on the side of the card is also nice to see. 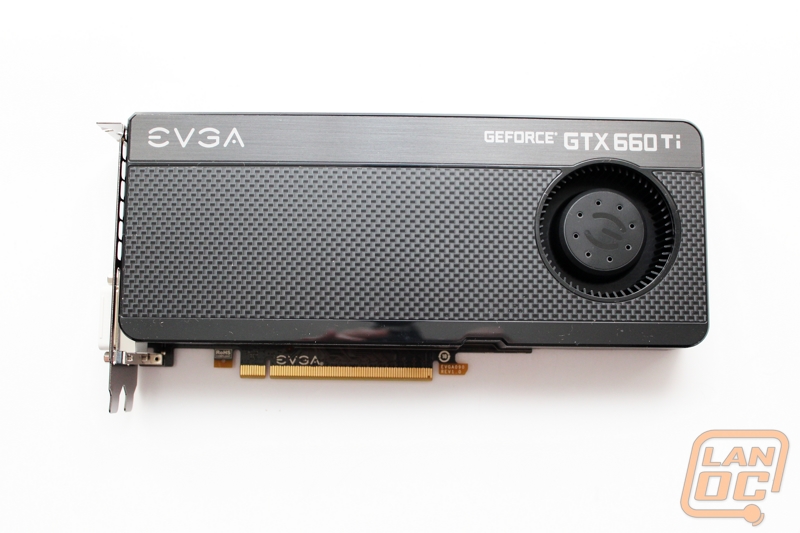 Flipping things over we can see exactly what we saw on the GTX 670. The PCB for the card is MUCH shorter than the card itself. This is interesting but shows the efficiency in Nvidia’s PCB design. The extra length on the card goes along with its cooling to give room for a large fan to keep the GTX 660 Ti cool in game. 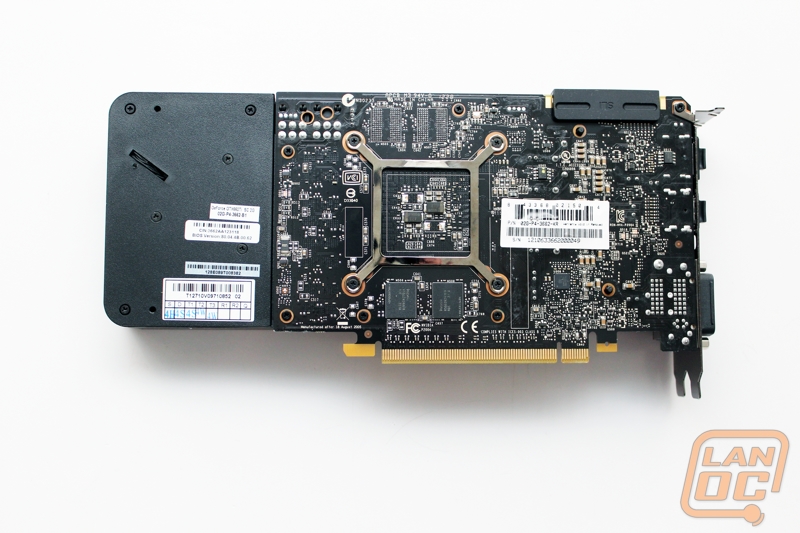 What is a little interesting, because this card shares basically the same PCB from the GTX 670, we also have two SLI ports. This means you can run up to four GTX 660Ti’s in SLI in the future. Typically mid-range cars are limited to a maximum of two way SLI. This could make for interested performance numbers on a budget with triple and quad setups. Also interesting in this photo is how EVGA ships your card with a nice SLI bridge protector that actually looks great on the card for those who don’t need SLI just yet. 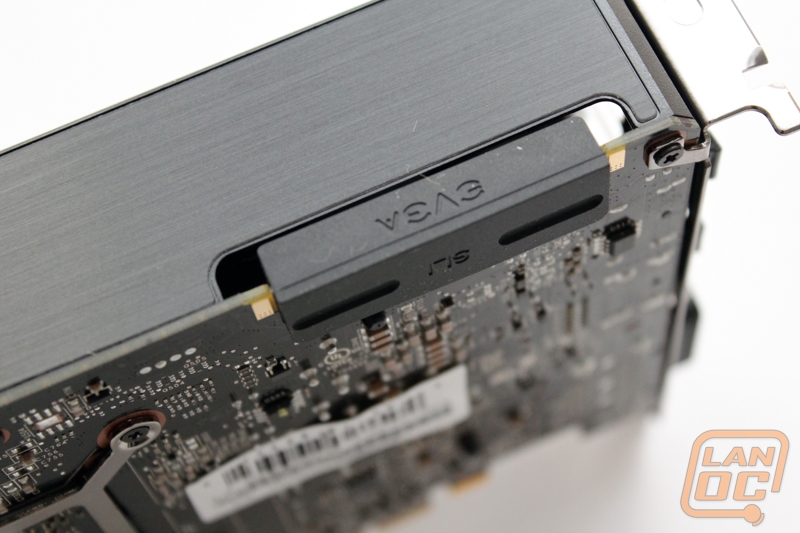 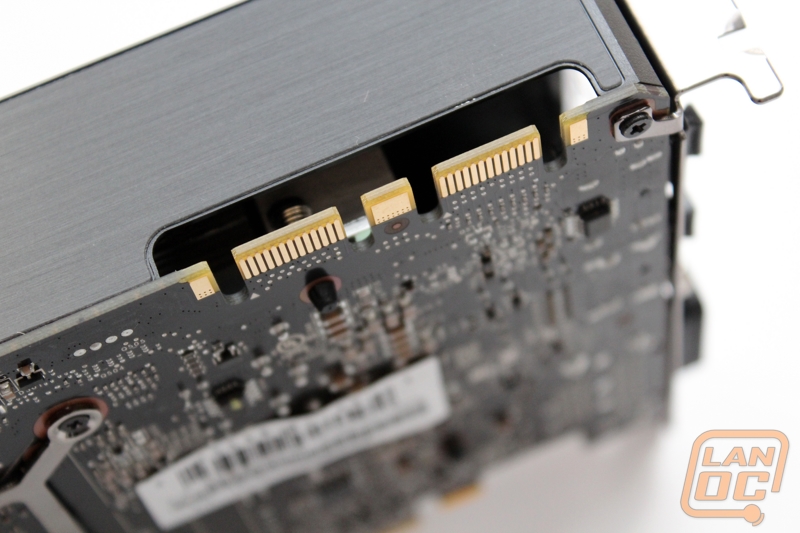 Just like the GTX 670, the shorter PCB means the cards two 6 pin power connections can’t be at the end of the card like you would normally expect. It takes a little while to get used to it, but once you remember why they power connections are in the different location it’s easy to understand. It’s also great to see that the same GTX 660Ti logo that we saw on the side of the card is also up on top. It’s really nice to be able to see what you are running just by peaking in the window, and it’s not overdone at all. 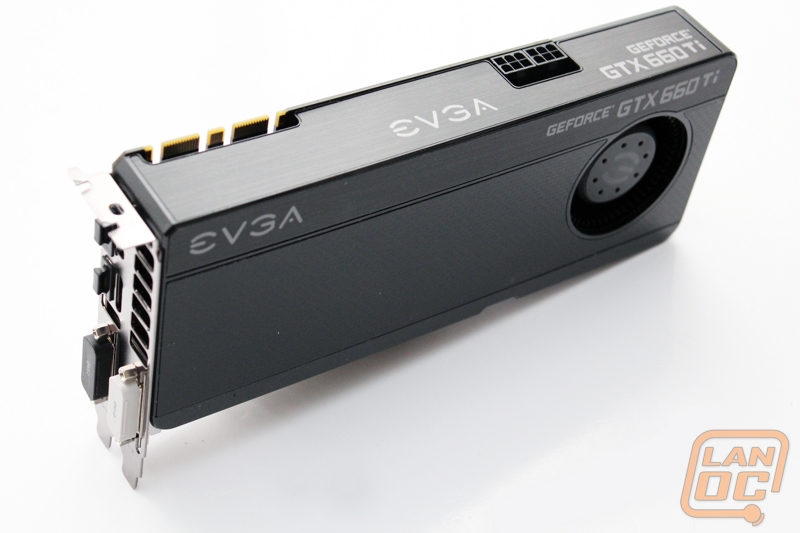 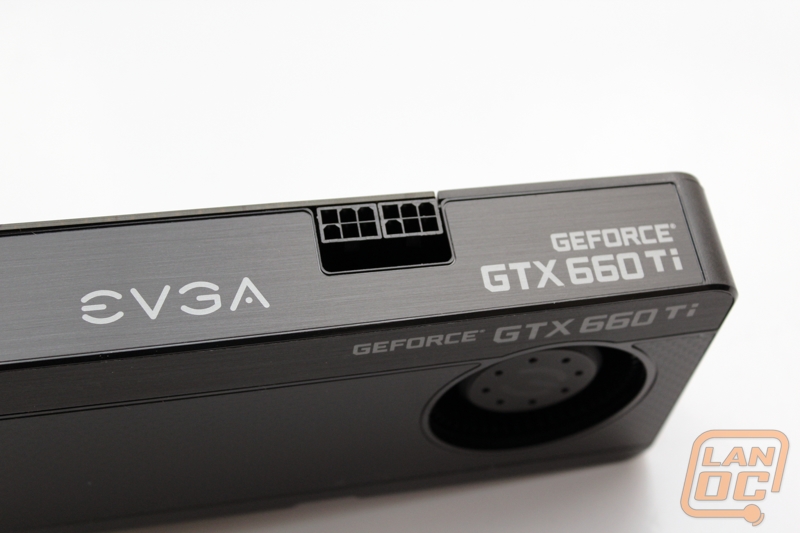 Also interesting about the design is that it’s entirely closed, meaning all of the hot air will vent to the outside of your case keeping the rest of your components nice and cool. 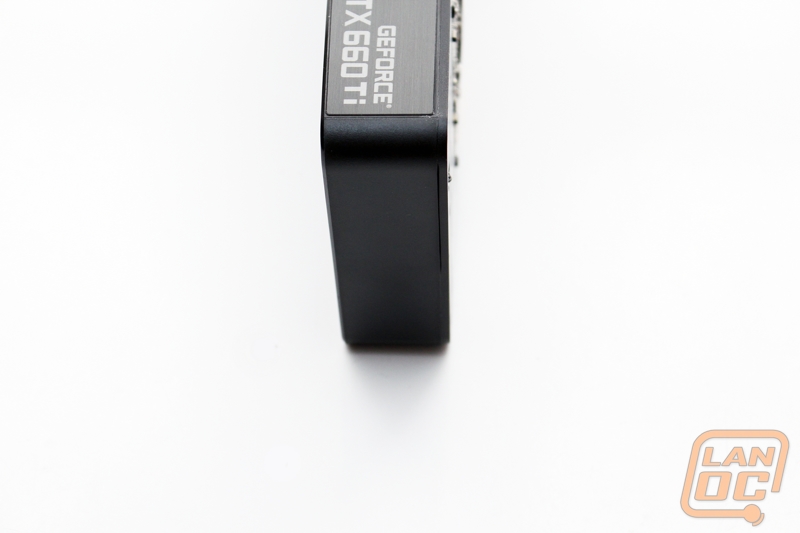 Between the high air flow design that EVGA went with on this card and the four different connections there is hardly any metal to the cards PCI slots. You get a full sized Displayport, full sized HDMI, and two DVI connections for you to be able to run a four monitor setup with just one card if you would like. I love that they even packed small vents in around the HDMI port and above each DVI port for maximum airflow. This isn’t a reference design, but it’s great that you don’t have to go with the FTW card to get the high flow bracket. 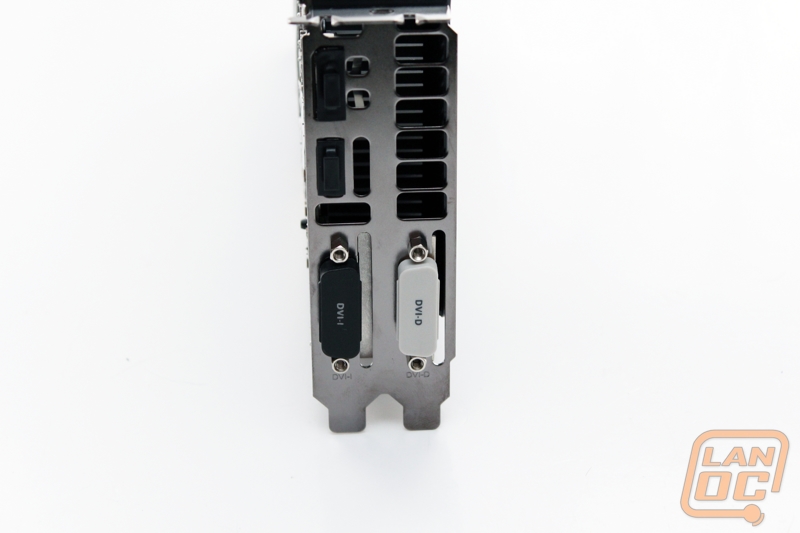 Cant wait to get my hands on them.