Okay so the Vector looks amazing, but let’s be honest the most important thing is going to be the performance right? So after breaking the vector down in the previous section I put it through the standard SSD test suite.

To start things off I went with CrystalDiskMark for random read performance in a few file sizes as well as with a queue depth of 32. As you can see, the Vector performed amazingly well when compared to all of the other drives that we have tested. The test with a high queue depth was especially impressive, the next closest SSD was the Vertex 4. 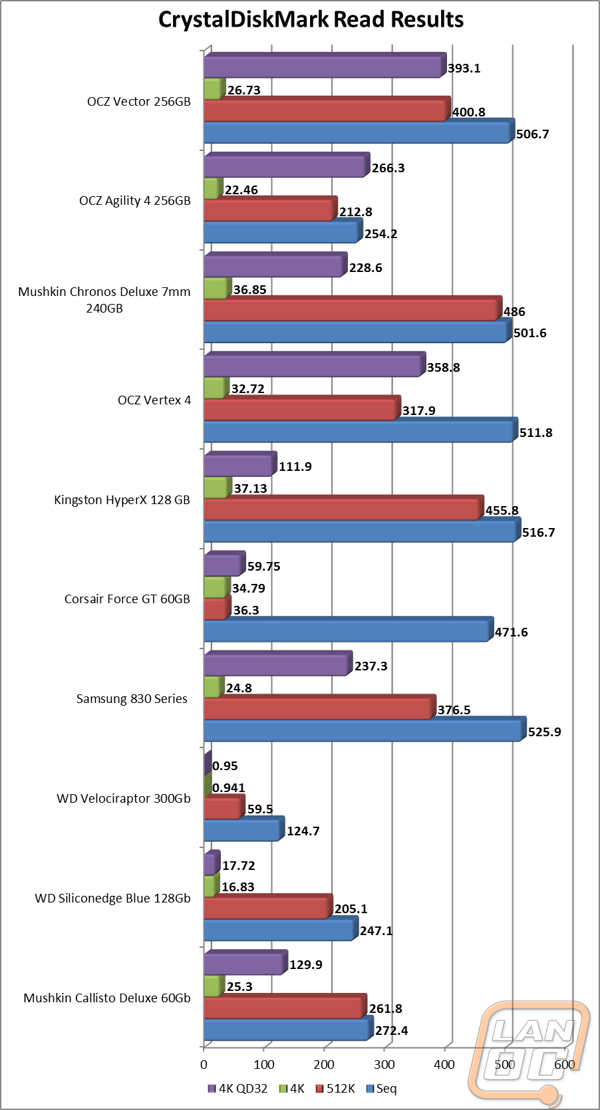 Write results were similar but this time around the Vector performed better in everything except for 4k testing. Sequential read speeds are especially impressive at over 500MB/s 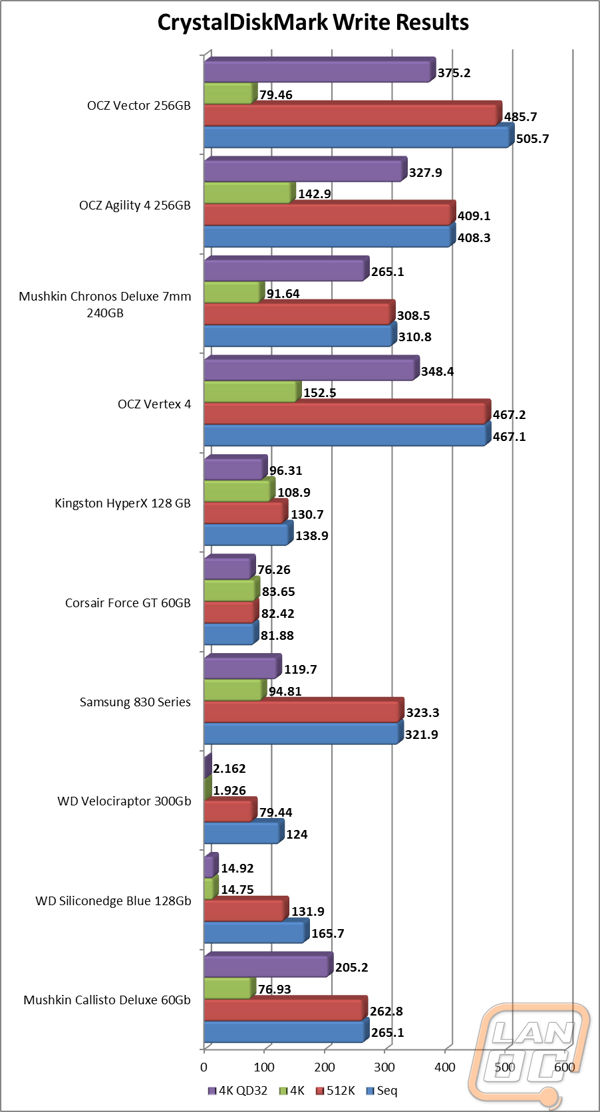 In AS SSD rather than using AS SSD’s normal read speed tests that are very similar to CrystalDiskMark I went with the application benchmarks. In this case the lower the score the better because they are timed tests. The OCZ Vector performed very well but the Samsung 830 that we tested a while back did still outperform the Vector slightly. Having said that, I was still very impressed with the performance of the OCZ Vector compared to its brothers the Agility and Vertex 4’s, although they were quick, the Vector did outperform them on all three tests. 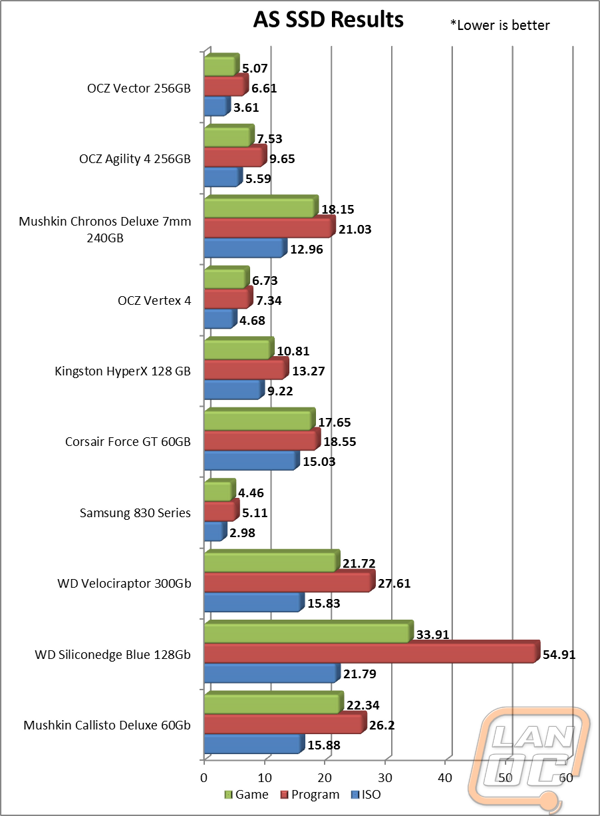 In our Passmark benchmark I ran the OCZ Vector through four different benchmarks, each tuned specifically to replicate situations that are important in a workstation, web server, file server, and database server. In the case of the web server and the file servers the Vector performed extremely well while workstation results came in lower than the non-Indilinx based drives. 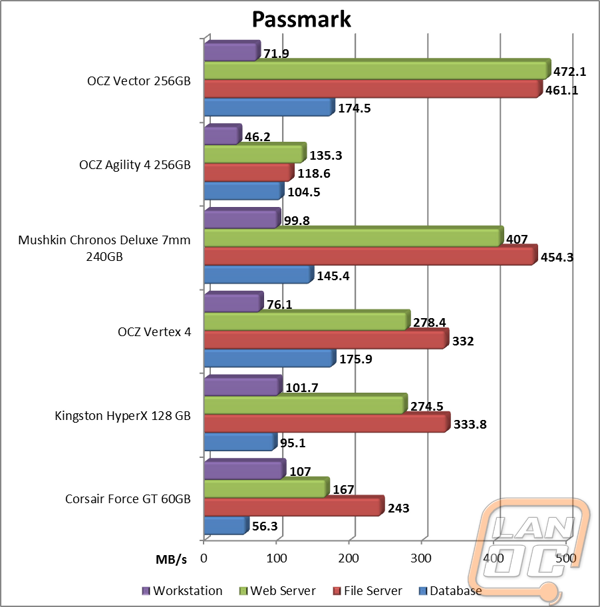 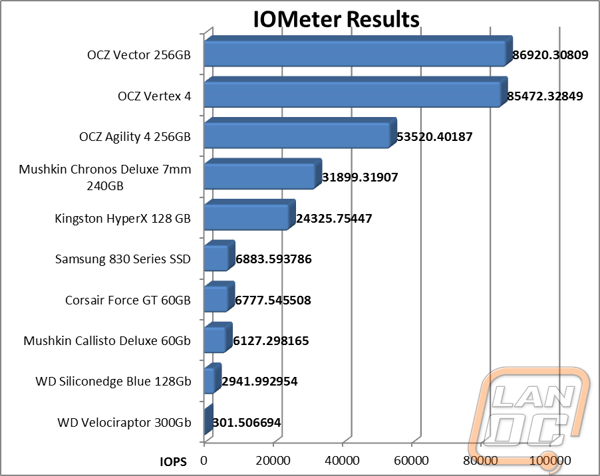