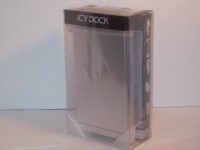 You've got that 2.5" hard drive just laying around, why not use it? Icy Dock's new MB663USR-1S has got you the fix for whatever you and your drive need, whether its internal or external, expanding laptop memory or enhancing a desktop. Though, that does seem like an awful lot for one piece of bay equipment to handle. Luckily for us, Icy Dock has sent us one to put to the test ourselves.

Internal: SATA to SATA, up to 3Gb/sec Data Transfer Rate

External: SATA to USB, up to 480Mb/sec Data Transfer Rate

We love to know what we're buying before we actually hand over our money. Often times with technology, however, its a matter of numbers not appearance that justify a purchase. Icy Dock, however, has something to show off, and they make sure they do so. The clear, plastic box containing the drive is about an inch larger than the drive itself on any given side, putting the enclosure on center stage for everyone to see. Its secured from any josseling with another plastic piece that holds the corners and the top snuggly. Through the plastic, you can already see much of the enclosure; its size, the tray, and even the material. On the other remaining sides of the box, Icy Dock as layed out several of the enclosure's features, complimenting them with pictures to see exactly what it is the MB663USR-1S is capable of. Inside, the package is seperate in to two, the actual enclosure and a box that holds cords, screws, the body carrier, and manual. 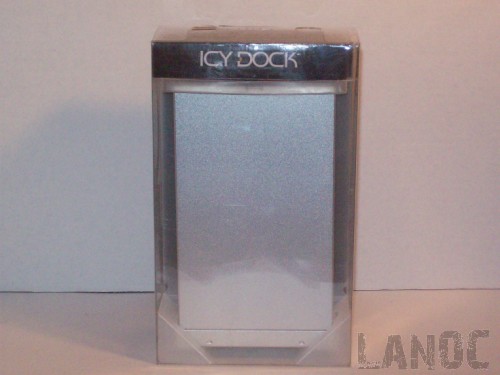 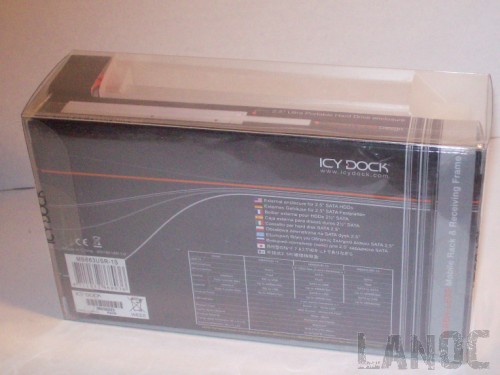 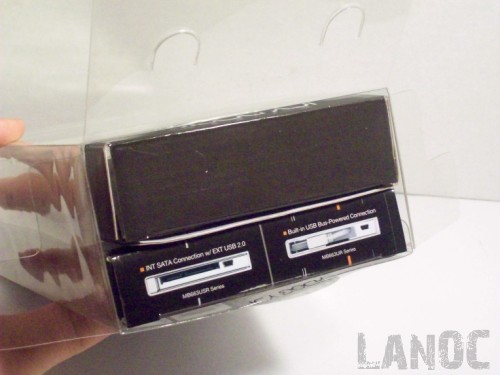 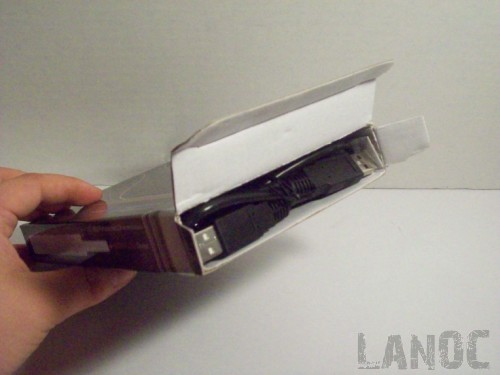 The enclosure comes pre-assembled in the box, meaning the tray that will hold the hard drive (and also serve as the external casing) is already in the 3.5" bay (designed to fit in a floppy drive slot). I was concerned at first to hear something inside rattling around, but to my relief Icy Dock has inserted the silica gel packets into the empty external enclosure. 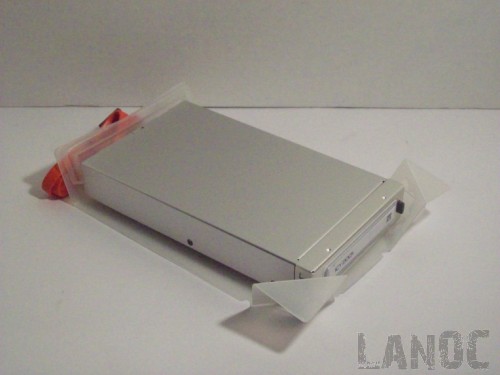 The first part of the installation is actually inserting the hard drive into the 2.5" enclosure, separate from the larger 3.5" bay that it will plug into. You do this by pressing a small, plastic clip that is supposed to eject a small board in which the drive plugs into. Pressing this button releases a metal arm that folds outward, and as it does it pulls the board with it. That mechanism, however, was a little stubborn: at first it seemed as though I pressed a little to hard and jammed the button. After a toying with it for a few minutes, it finally seemed to give and release correctly, and since it does it job with no issues. 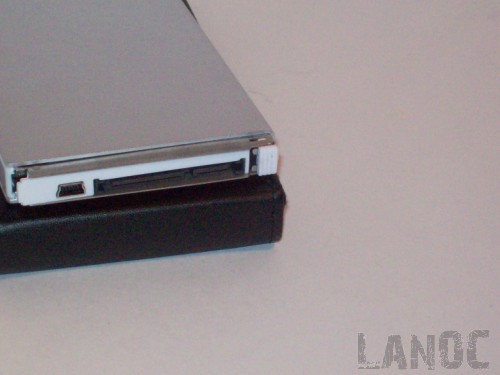 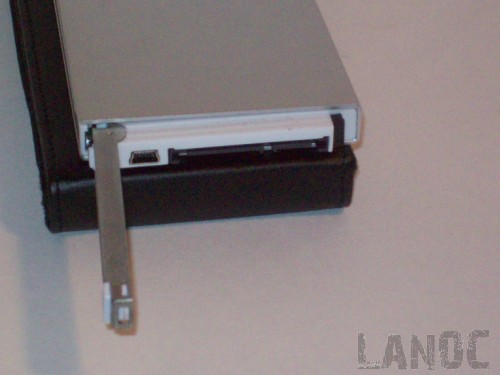 From here, the board simply pulls out, revealing the the plug for the hard drive. As you could probably guess, the hard drive simply plug on to this, and it does so with no problems whatsoever. I was initially concerned about the balance of weight; a heavy drive seemed like it could snap the insertion point off the board, or simply fall with the aid of gravity. However, the drive attaches very securely, and the two pieces simply become one without an hassle. The assembled hard drive/board now slide back into the metal case, pressing the arm back to the button mechanism to lock it back into place. The finished product is a sleek little external hard drive, that fits nicely in the included leather carrying sleeve. To utilize the external, a Y-shaped USB cord is used; one end plugging into the mini-usb port on the drive, which splits into two USB cables to be used in the computer. 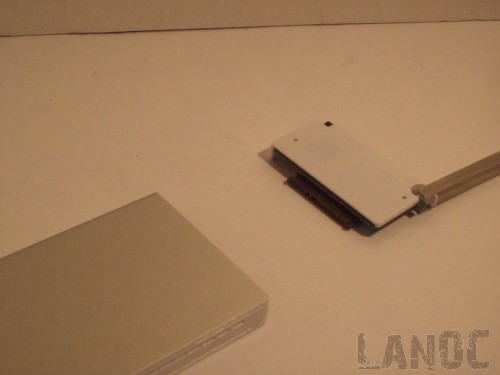 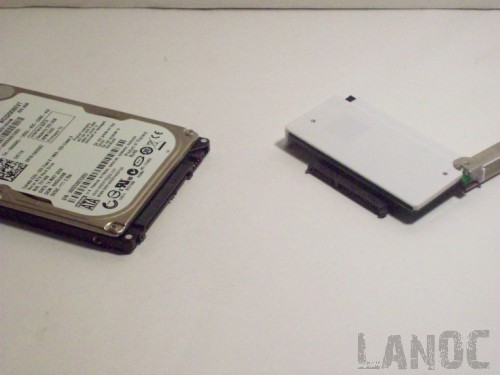 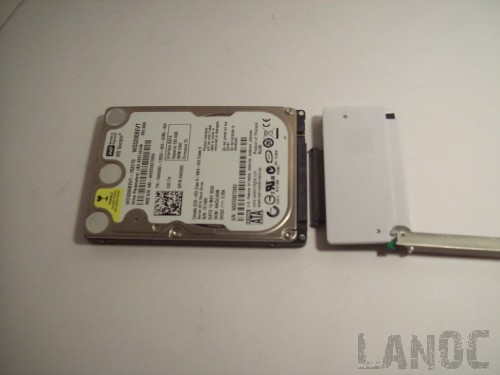 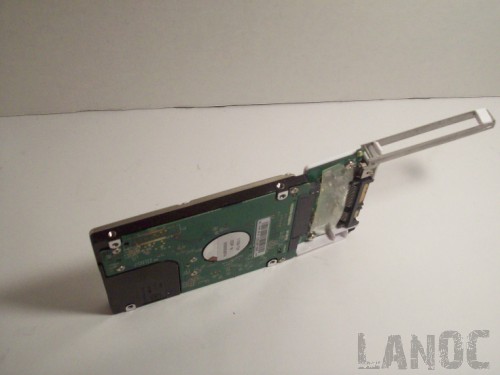 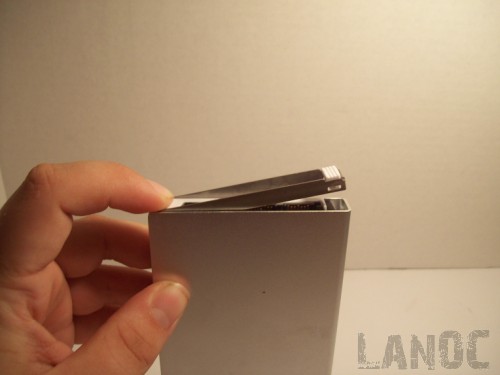 The second part of the installation, and one of the most defining features of the MB663USR-1S, is the addition of a 3.5" bay for the external to plug into, creating an internal drive. Even better yet, that bay has a one-touch eject system, so even when its installed into PC multiple 2.5" drives can be swapped with ease. The entire system, save the actual installation, requires no tools or screws. The eject system on the bay works great, and installation goes as smooth as any drive. The bay then requires one peripheral power plug and a SATA port, and the cords attached to it could be a little longer. In most cases the cords should reach the motherboard/power supply with no issues, but in a case such as the COSMOS-1000, the cords are pulled tight to make it. So preference may play a role here. 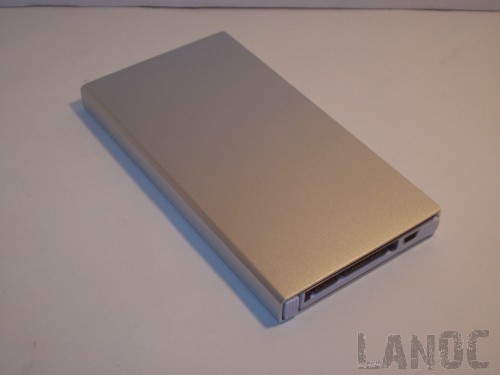 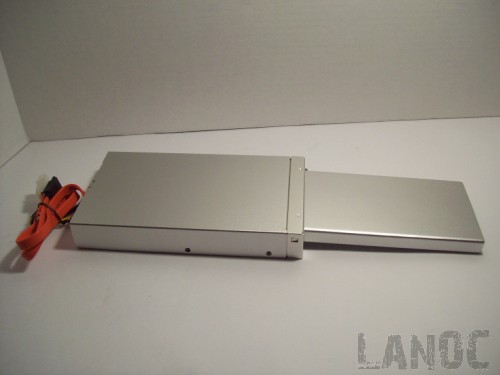 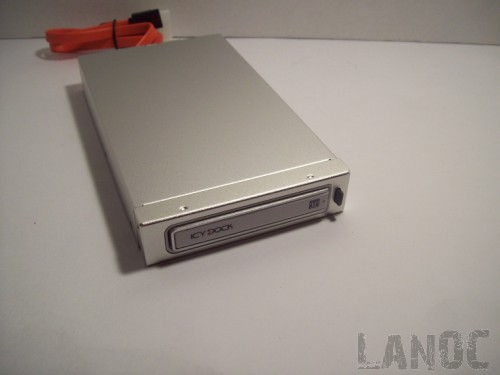 A more pressing issue, however, is the material in which the bay and enclosure are made from. Icy Dock was obviously trying to create a light-weight product, but in doing so may have sacrificed some other areas. The first is the surface of the drive: though no screws or tools are needed for the assembly of the enclosure itself, you still might need them to mount the bay into your case, and the metal is made from a material that scratches easy. It doesn't even have to be tools, really. Anything thats stronger and unforgiving may leave a mark in the enclosure, and the white-silver color is sure to show it. That color, too, may present an issue if your case has a theme that it stands out in. And, as mentioned before, some of the mechanics of the enclosure, such as the arm on the 2.5", seem somewhat fragile. However, both issues are solved simply with a little bit of extra care.

As mentioned, the installation/assembly of the enclosure and bay run pretty smooth. Once you've got it all set up, the bay is a luxury you may wonder how you lived without. The external hard drive application is really no different than other model, which is a good thing, considering that means things are up to par. Of course, SATA to USB transfer is slower than SATA to SATA, but this rings true in all products. The external use does require two USB ports, which can be irritating, especially if you're hard up for ports. However, the bright side to this is that, usually, the use of an external hard drive is temporary and you only have to eat up two ports when necessary. The down side, however, is there are instances (such as laptop memory expansion) where you may want to keep the drive attached at all times. And in those instances (still the laptop example), you're usually short on USB ports the way it is. 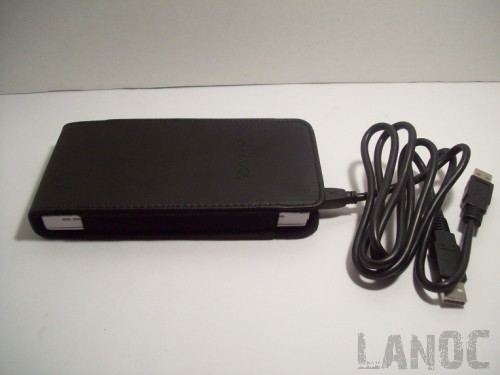 The inclusion of the internal bay is really what sets the MB663USR-1S apart from other enclosures. Being able to take an external and simply plug it into you're PC for a SATA to SATA transfer connection is an amazing plus, and the design of the bay/enclosure allows for quick hard drive swapping. Testing the transfer rate of the SATA-SATA connection, a folder containing 6.13Gb was read and wrote both ways from and to the 2.5" hard drive in less than two minutes. 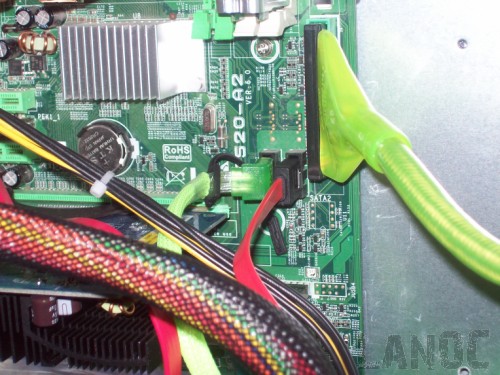 The MB663USR-1S has a few quirks, but nothing the cautious user can't avoid. And the benefits of taking some extra care in your steps far, far outweigh the negatives of this product. Having the choice to transfer via SATA-USB or SATA-SATA, using it as an external or internal, and being able to quickly swap hard drives using the included bay are great features. And despite a few appearance/material problems, the enclosure truly does look good, and holds true to the reputation of innovative products Icy Dock has built. 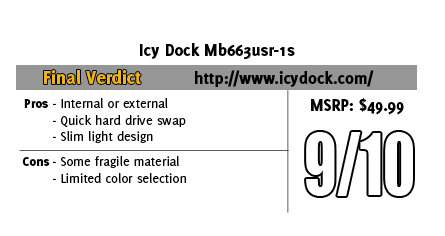 You might call him obsessed or just a hardcore geek. Wes's obsession with gaming hardware and gadgets isn't anything new, he could be found taking things apart even as a child. When not poking around in PC's he can be found playing League of Legends, Awesomenauts, or Civilization 5 or watching a wide variety of TV shows and Movies. A car guy at heart, the same things that draw him into tweaking cars apply when building good looking fast computers. If you are interested in writing for Wes here at LanOC you can reach out to him directly using our contact form.
Discuss this article
Log in to comment
Posts in discussion: Icy Dock MB663USR-1S 2.5" SATA Enclosure

We have 2204 guests and one member online