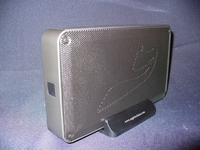 I’ve talked about it before but just about every company anymore produces a hard drive enclosure. It’s hard to stand out with a product that has been done over and over again. Eagle Tech is hoping they have what it takes to stand out in this dog eat dog market with their new Consus N-Series PRO . The first thing that stands out to me from other hard drive enclosures is the mesh on both sides of the enclosure. Today we are going to take a look at the Consus N-Series PRO to see if it has what it takes. 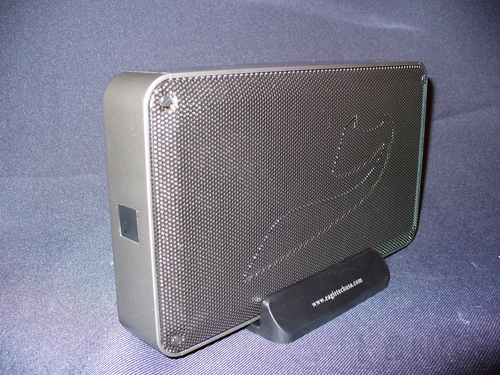 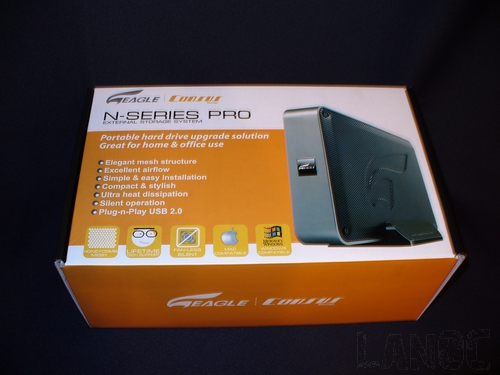 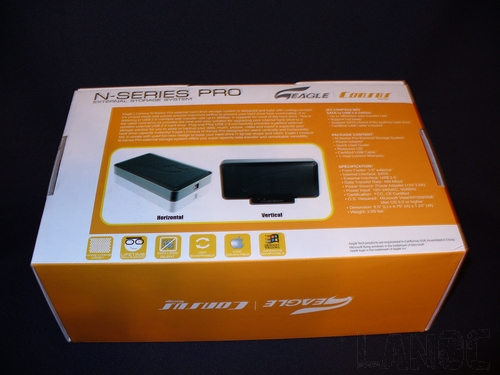 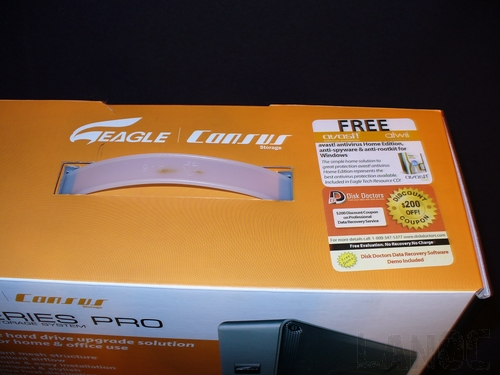 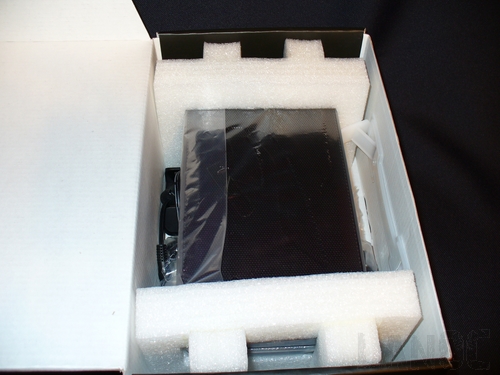 The Consus N-Series PRO came in a white and orange box with a very nice picture of their enclosure on the front of it. The front of the packaging also includes a list of features most notably Lifetime Tech Support and it is compatible with Macs along with Windows based PC’s. The front of this packaging is perfect for retail store sales, it gets your attention and has all of the information you need to make a decision. The top of the packaging has a easy to use handle along with a few stickers letting you know it comes with Avast antivirus free along with a coupon for 200 of data recovery from Disk Doctors. The back of the packaging includes a few more pictures of the Eagle Consus N-Series PRO along with a more detailed list of features and specifications. Opening up the box you will first see the enclosure packaged very well in foam; under it are the included Power adapter, User guide, Resource cd, and USB cable. 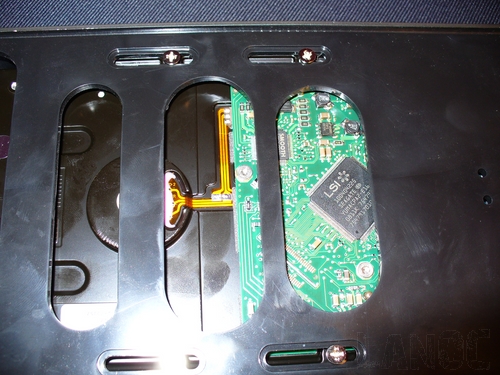 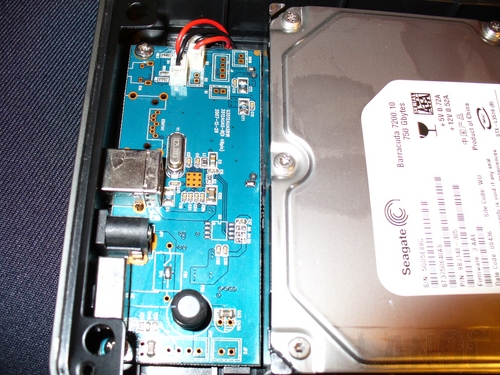 The downside to buying a hard drive enclosure and putting your own hard drive in it is having to put it all together. But you will learn how everything works, and you can replace or upgrade the hard drive later if needed. After being spoiled with the ICY Dock’s toolless installation it was a little disappointing to have to dig out the screwdrivers to work on the Consus N-Series PRO . You have to remove 4 screws from each side of the enclosure to gain access to install the hard drive; it would have been nice if these screws had been left loose when shipped, I had trouble removing them. Once you are in there any SATA hard drive slides right in, we will be using a Seagate 750 gig hard drive for our testing. You have to secure the hard drive with four screws from the bottom of the drive then reinstall both side panels with their four screws each making for a total of twelve screws to put it all together. Ours came with an extra hard drive screw, this is nice considering how easy it is to lose them. 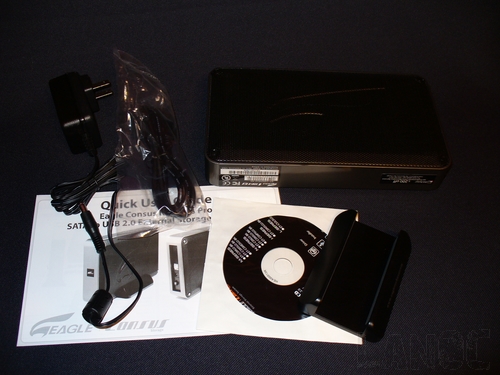 After hooking up the power and the USB to my pc I was interested how the USB interface would perform with the 750gig hard drive. I’ve been spoiled with the use of eSATA plugs on most high end hard drive enclosures; it’s disappointing that the Eagle Consus N-Series PRO doesn’t include one. With that being said a USB 2.0 interface is not slow, but it is a limitation as you can see in the testing. 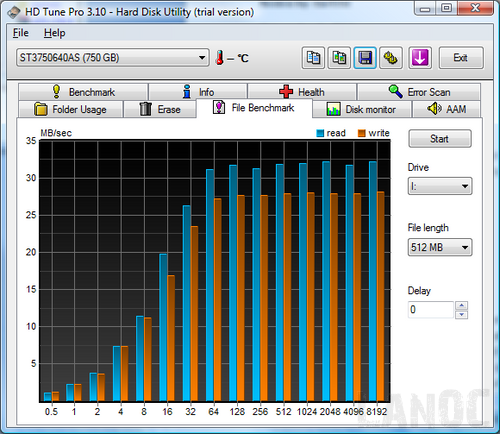 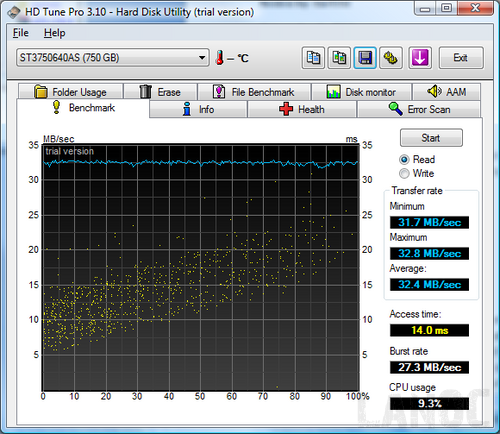 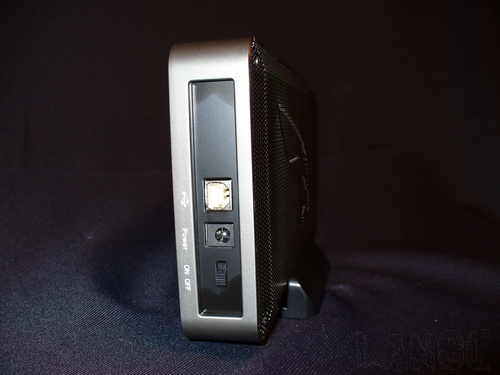 Eagle's Consus N-Series PRO is a good enclosure to look at if you are looking for an external enclosure that also keeps your hard drive cool. During all of our testing you could put your hard over top of the enclosure and feel the heat coming off of the hard drive. It’s good to know that all of that heat isn’t staying inside of the enclosure, slowly cooking the hard drive. The mesh does make it easier to hear the drive, so you want to make sure to get a quite one. The biggest downside to me was not having an eSATA port, but to some people it’s a non issue. I also found the activity lights hard to see with them being all the way on the bock of the side of the enclosure, but I do like how they are hidden behind the mesh. The most impressive thing is the price; for 22.99 this is an amazing value for a hard drive enclosure, and with the quality I've seen from the Eagle Consus N-Series PRO I don’t expect to have any problems with the durability of it ether. This is a great first impression of Eagle Tech, I hope to take a closer look at more of their products in the future! 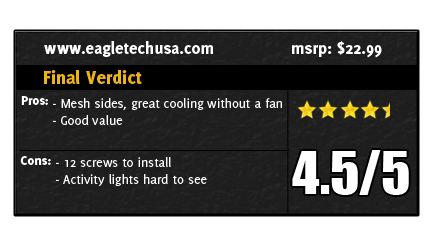 You might call him obsessed or just a hardcore geek. Wes's obsession with gaming hardware and gadgets isn't anything new, he could be found taking things apart even as a child. When not poking around in PC's he can be found playing League of Legends, Awesomenauts, or Civilization 5 or watching a wide variety of TV shows and Movies. A car guy at heart, the same things that draw him into tweaking cars apply when building good looking fast computers. If you are interested in writing for Wes here at LanOC you can reach out to him directly using our contact form.
Discuss this article
Log in to comment
Posts in discussion: Eagle Consus N-Series PRO