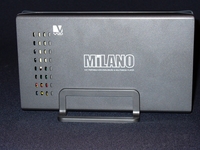 Just a few days ago I was considering building a media pc. It just so happens that VIZO provided us there Milano to review. It is described as a media hard drive enclosure. Can it prove to be an alternative to a media pc? Read on to find out... 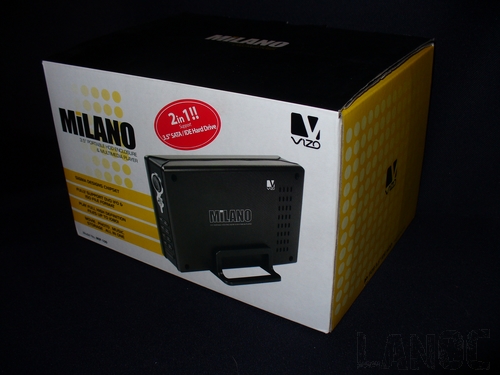 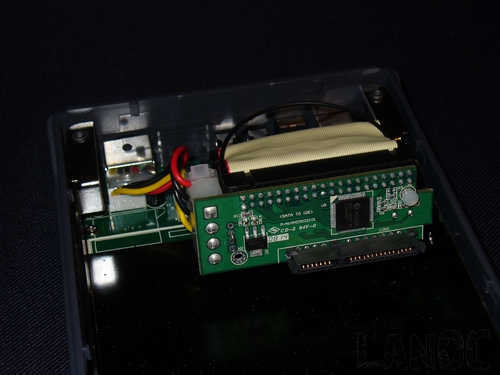 The enclosure supports IDE hard drives and will accommodate a SATA drive with an included adapter. Installation is simple you just open the enclosure and attach the bracket that comes with it. Once the bracket is on it simply snaps into place and the case screws together from the back with a total of 8 screws; 4 for the bracket and four for the case. VIZO also provides rubber stoppers to further hide the screw holes. Once assembled you set it in the stand and marvel at this attractive product. On the front of the unit are a set of 8 buttons to control it if you lose the remote. The unit itself is made of aluminum allowing it to be cooled in a fanless system. The cables are of decent length allowing you to integrate it anywhere in your home theater setup. The remote is a generic model with many buttons that I rarely use. Alot of the buttons are relying on playing full dvd rips with menus and the such. The layout could have been better but it’s a remote that works and allows you to not leave the couch. 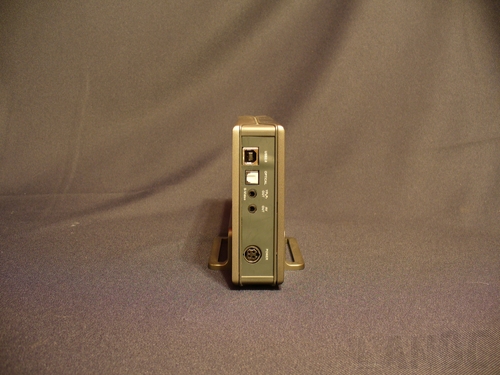 Adding media to this device couldn't be easier. You just attach it like a normal external hard drive and copy the movie, song, photo you want to play. No extra bloated software is required. When you boot the unit up you are greeted with a simple splash screen then you are taken to the file browser. Playing a song or movie is easy just use the remote to select it and press ok. The main GUI is a bit boring, but it does its job as a media browser. The music player is just as basic and it would be complete if it had some visualization, but that is something more reserved for a computer. Movie playback is fast with very short loading times even with 2 hour long movies. Heat is also a non issue the aluminum shell keeps it cool without the need for fans making this unit pretty silent. The video has no artifacts and from the tests it only lagged once and that can be attributed to the hard drive being quite aged. The setup menu has very limited options. There are no audio options, although this makes sense since audio is controlled by whoever encoded the media. Video just allows you to choose ntsc or pal , the aspect ratio , and the resolution you want to output. The etc menu allows changes to language, slide show interval, skip interval, and a very interesting firmware update option. As of yet there is no firmware updates but maybe in the future they can add more codec’s and improvements. 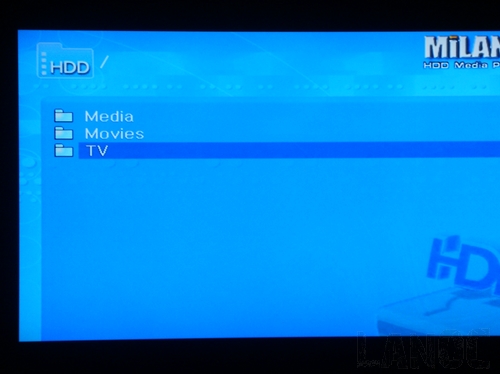 For the tests I used an extra 40 gb Western Digital IDE hard drive. I then filled it with various photos, movies, and music. It was hooked up with component inputs and run in 1080i. One short coming is the lack of HDMI port and 1080p support. Also it’s a bit annoying to run in component input because you must use the audio plugs from the composite cables. Which equals and extra plug that must always be attached. 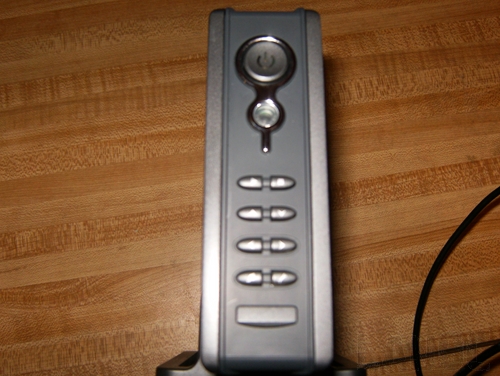 Audio: Audio was clear with no interference. It plays a wide array of formats but the lack of FLAC is disappointing since there is optical output for higher end sound systems. One issue I had was with using the optical. When I had it hooked up through optical it ran everything as 2.0 never even touching my sub. When I hooked it up through RCA there was a bit of bass in the same videos. Could just be an isolated problem on my end due to human error.

Here is a video showing how fast a full length movie loads, impressive!

Video: Crisp and flawless playback. The amount of codec’s it plays is quite impressive. The only one it is missing is support for a MKV container. I tried my hardest to get this player to play this episode of The Office that I had in 720p. Just trying to play the MKV was a challenge because it would not even see this format. This limits alot of my video collection. Alot of the anime that I get is in mkv format with dual audio streams. I then converted The Office episode to VOB and it came up as file format not playable. Then I tried it as an mp4 trying to avoid the loss of quality and it would not play. Most of the HD stuff you download is in this format and it will not even see it. Because of this I couldn't really test the higher resolution support. The video files I did have that were not compressed to hell and back looked amazing upscaled to 1080i. 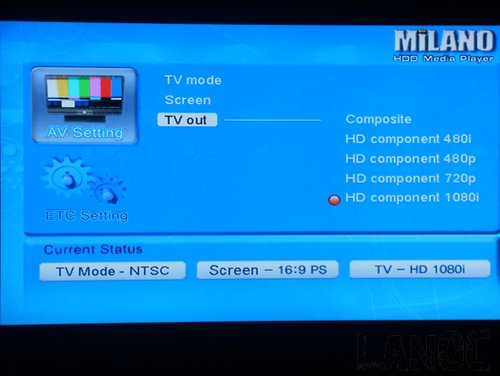 Photos: Look very nice. The 8 megapixel limitation is a bit of a downer considering cameras are reaching 12 to 15 megapixels and are still affordable. Having to convert your family photos to be displayed is a hassle. 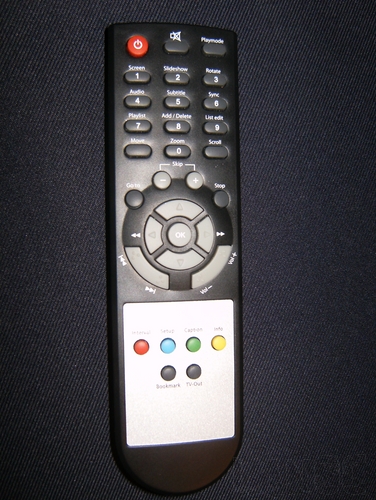 In the end I was very impressed with this unit. The idea is an amazing one and I think it was executed quite well. I can't say I have ever heard of a device quite like this. The remote makes functionality very similar to a media pc. Drag, Drop, and Go. It supports a wide variety of formats and is only limited by not being able to decode mkv. Maybe this will be added in a future firmware update 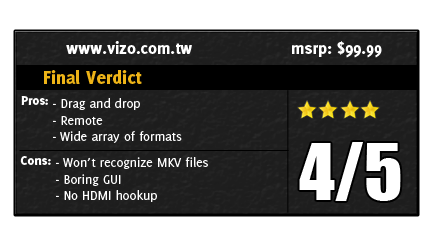 You might call him obsessed or just a hardcore geek. Wes's obsession with gaming hardware and gadgets isn't anything new, he could be found taking things apart even as a child. When not poking around in PC's he can be found playing League of Legends, Awesomenauts, or Civilization 5 or watching a wide variety of TV shows and Movies. A car guy at heart, the same things that draw him into tweaking cars apply when building good looking fast computers. If you are interested in writing for Wes here at LanOC you can reach out to him directly using our contact form.
Discuss this article
Log in to comment
Posts in discussion: VIZO Milano Media Enclosure