With it being tax time and computer upgrade season we have been seeing a lot of our members upgrading to new i7 setups. I was even lucky enough to win a setup while in Vegas thanks to our friends at Coolermaster. With DDR3 ram becoming more prevalent, especially when run in Tri Channel with the new i7 setups its no surprise that every ram manufacture is bringing out their new kits. While at CES we did get to take a look at Crucial's new Ballistix Tracer color series. Well knows for their led lighting that flashes to the speed of ram access, I was really happy to see they are producing a line using only one color to help match today's high end rigs. Today I will be taking a look at a Blue set of TriChannel 3 x 2 GB RAM from Crucial with a color matched LED, heatspreader, and PCB running at 1600Mhz.

Ram packaging ranges from flashy to overly simple. Crucial packed the Ballistix Tracers in three clear formed packs. TO hold all three sticks together they simply used a thin cardboard wrap. The only information ill will find on that part of the packaging is the Crucial logo and the words Triple Channel Kit. The wrap does have a hole so that you can see the Ballistix sticker placed on the top ram package. Overall, the packaging did leave a little to be desired, but frankly its ram, most people who buy this will know what they are looking for. 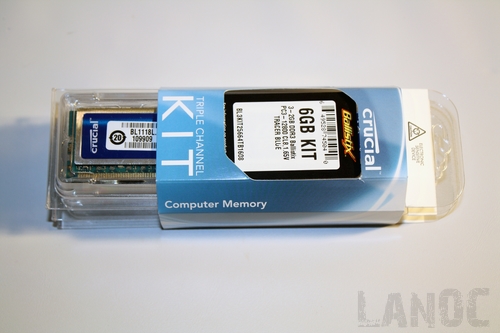 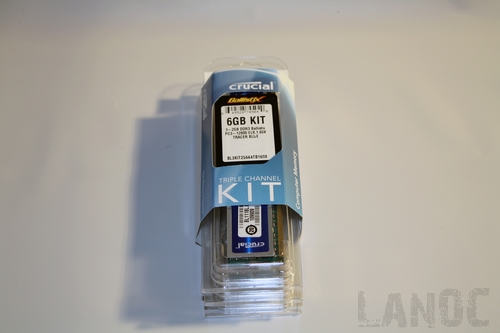 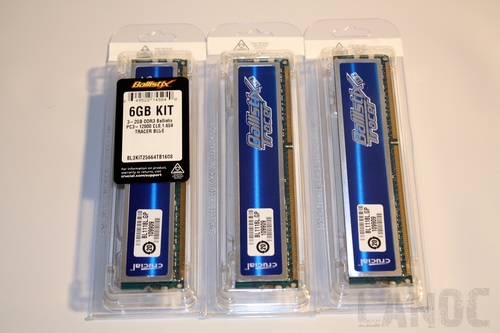 Ram has to be one of the simplest parts to install in a pc. There is no software to install, no thermal compound to add, heck you don't even have to wire it. I was a little worried about the amount of pressure I had o use to get them seated in their slots. But this has everything to do with the motherboard, not the ram. Because of that pressure, I was very careful not to damage the ram or the very nice looking heatspreaders. 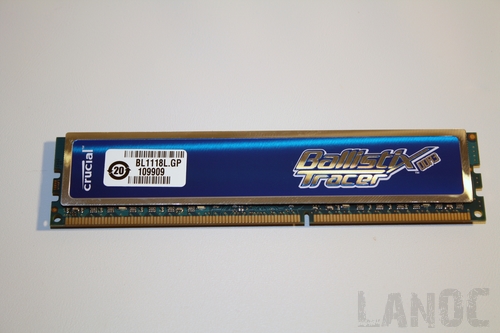 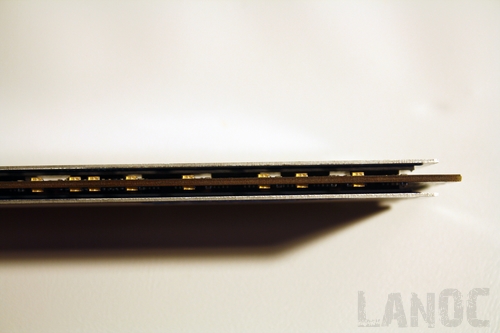 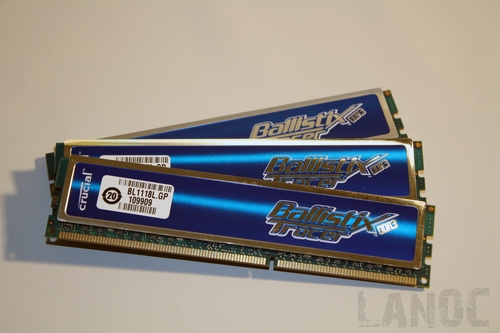 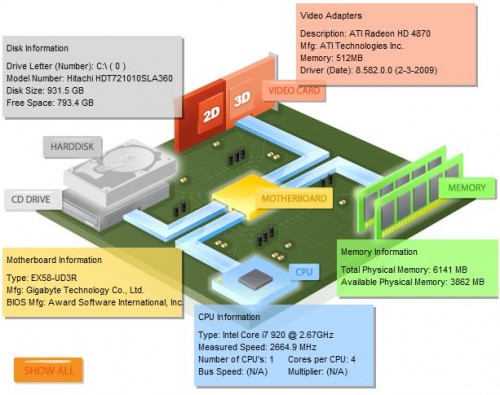 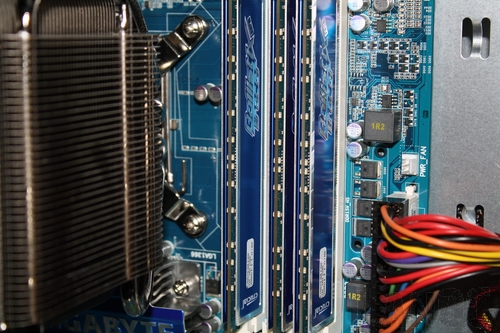 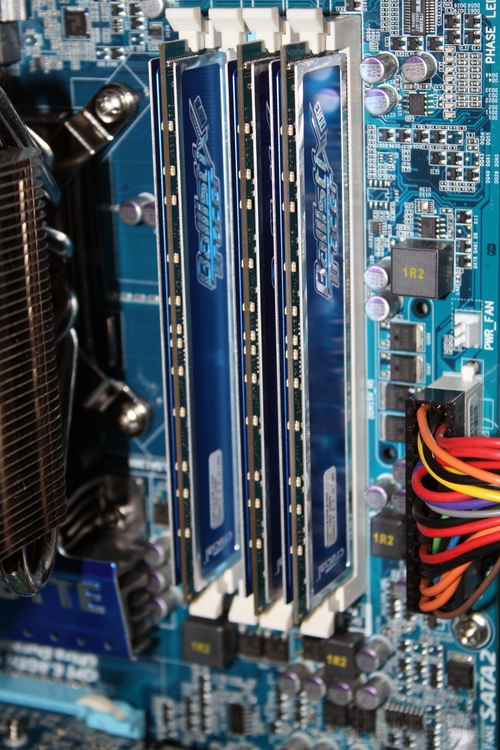 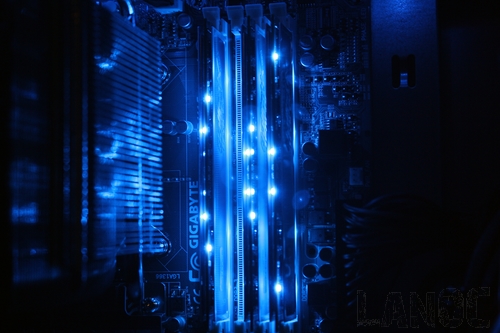 In order to get a firm benchmark on the ram I used PerformanceTest from PassMark. First running the test on 3x1gb kit that came with my pc then installing the Ballistix Tracer 3x2Gb and running the same test again. First, I must explain that the Ballistix Tracer ram is set to 1600Mhz and the A-Data kit I tested it against could only run at 1333Mhz. Couple the speed difference with the Ballistix having twice the memory this is obviously an unfair fight. Unfortunately, I didn't have another 3x2Gb kit to test against at this time. My numbers do show what kind of an improvement that you can get with a ram upgrade. 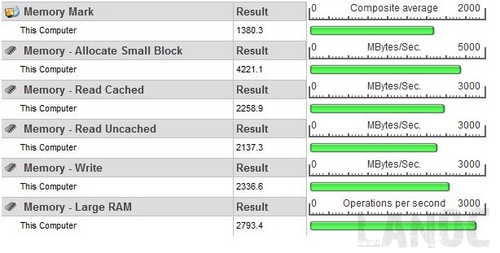 As you can see we saw over a 300 point jump in  the overall score with the ram change. Some of the tests showed a step back in performance (Allocate Small Black) or a very small improvement (Read Cached). However, the big jump was in the Large RAM test, with over 1200 points. The Large RAM test measures the ability to allocate very large amounts of RAM and the time taken to read this RAM. The test is designed to measure the ability of the system to support applications that use very large amounts of RAM. In other words, this test measures real world performance with programs that use large amounts of ram. 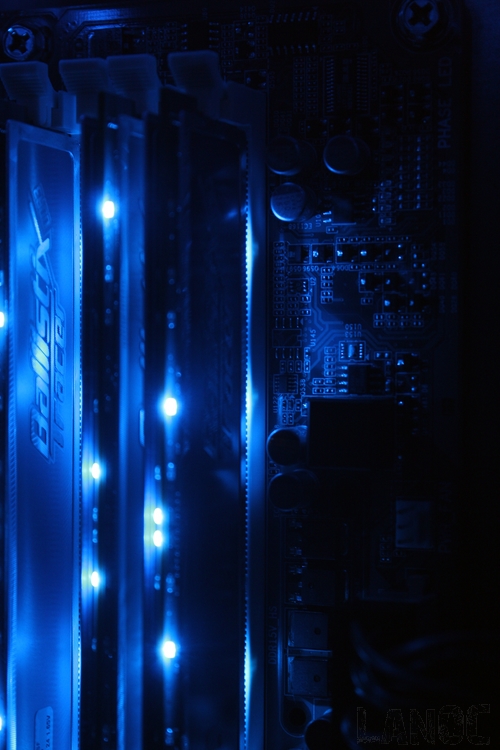 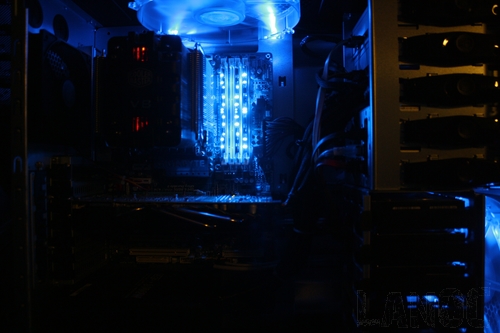 This being my first experience with Crucial Ballistix ram I found myself pleasantly surprised. The led lights on top of that ram that light up depending on memory access and "underglow" led's that light up the PCB appealed to the flashy side of me. The ability to get specific colors (red, green, blue) is a welcome addition to the Ballistix line, the matching PCB and heatspreader add to this. There was no denying the performance increases that I saw with the ram upgrade; the numbers speak for themselves. Of course there is a price premium over other performance ram, infact the Tracer RAM costs 35 Dollars more than a similar set of no LED Ballistix RAM. To me that is about right for lighting, a pulsing lighting kit would be in that price range also. Overall, you're going to pay a premium but you will end up with great performing ram with a reputation for quality and a little "bling" thrown in. It's your call, but I would do it. 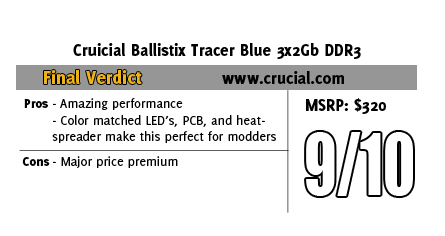 You might call him obsessed or just a hardcore geek. Wes's obsession with gaming hardware and gadgets isn't anything new, he could be found taking things apart even as a child. When not poking around in PC's he can be found playing League of Legends, Awesomenauts, or Civilization 5 or watching a wide variety of TV shows and Movies. A car guy at heart, the same things that draw him into tweaking cars apply when building good looking fast computers. If you are interested in writing for Wes here at LanOC you can reach out to him directly using our contact form.
Discuss this article
Log in to comment
Posts in discussion: Crucial Ballistix Tracer Blue 3x2Gb DDR3