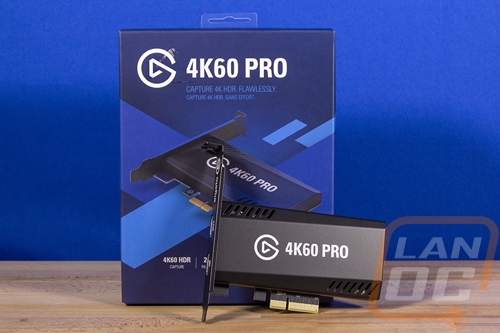 Okay before jumping completely into this I did want to address one thing I don’t like that they did with this new model. Elgato has had a 4K60 Pro available for a while now previous to the MK2 version. We have to use the MK2 designation because they did change the card significantly both with hardware and features but officially the name is still the same which is why the packaging doesn’t say MK2 at all. If you are shopping for this one, you want to look for the 4K60 HDR which is mentioned below the model name up top and down on the bottom where they have the card features listed. You can also tell even without the box just by the size of the card, the older model was full height and longer, this thing is tiny in comparison. But please keep that in mind.

Beyond that, the packaging, like the new card isn’t that big. It has that signature blue theme with a few different blues all used in the background with a picture of the capture card on the front which I always love. The model name is easy to find in the bright white, even if it should maybe have HDR at the end or 2 to show this is a new model. Around on the back of the box, they use a picture of it installed in a PC as the background and they include a photo of the bracket which shows the HDMI in and out. That is also helpful in showing exactly what you are getting for connection options which is great. I personally would have also liked a third option with a dongle for old game consoles as well but I will talk more about that later. 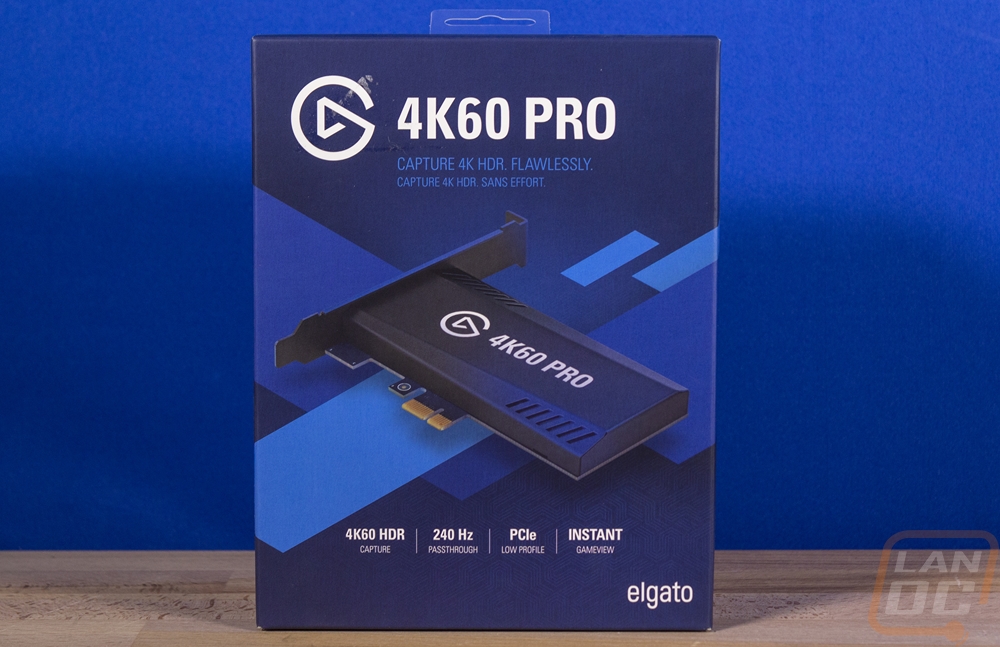 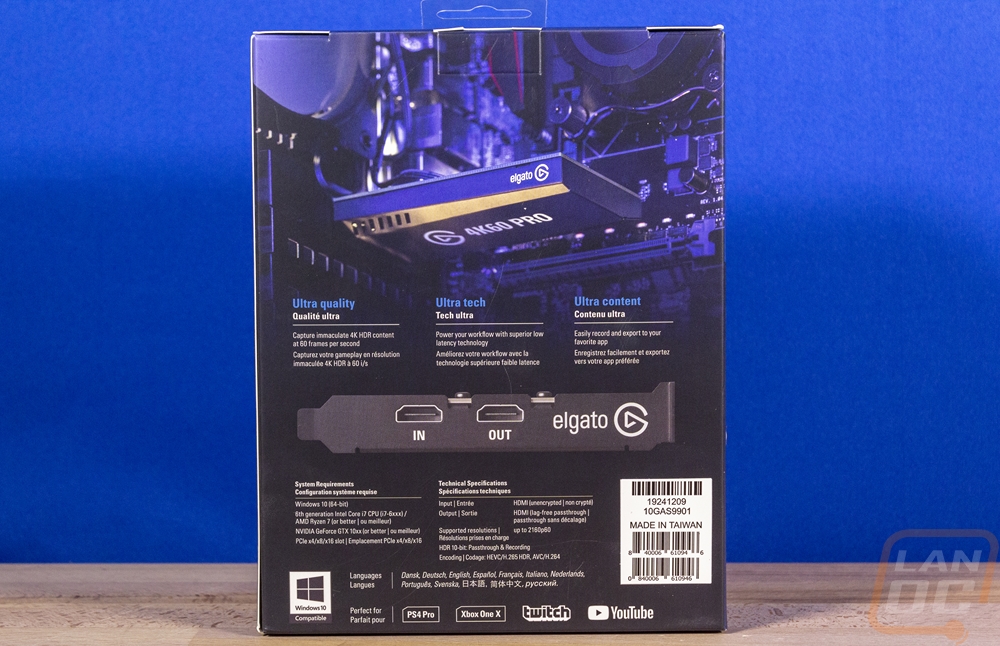 The box slides out of the main box and you have the Elgato logo up on top with more of their blue color. Then when you move the top flap you have the card featured nicely in the formed tray. The card does come wrapped in a static protective bag, but you can see the Elgato logo and 4K60 Pro so clearly through the bag that I thought at first that they may have printed it on the bag. 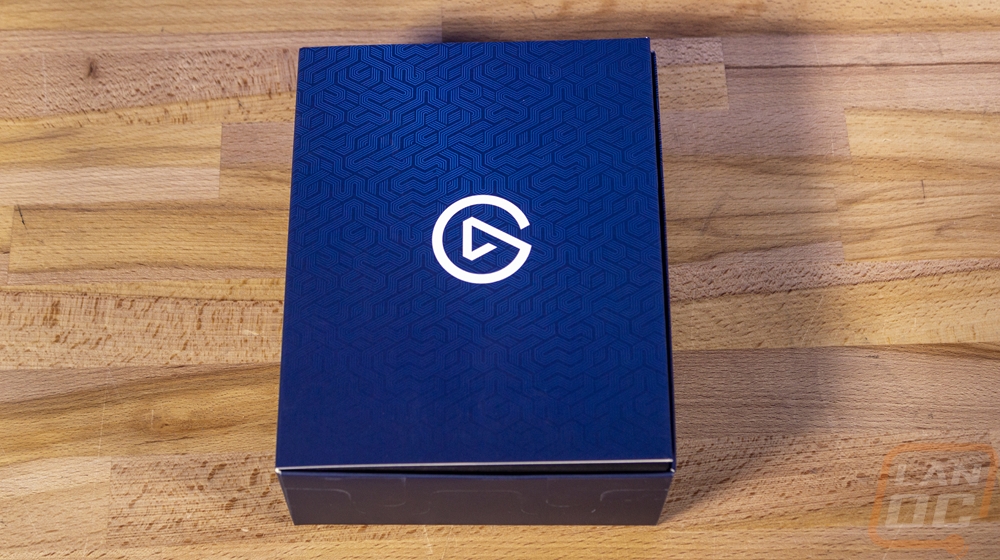 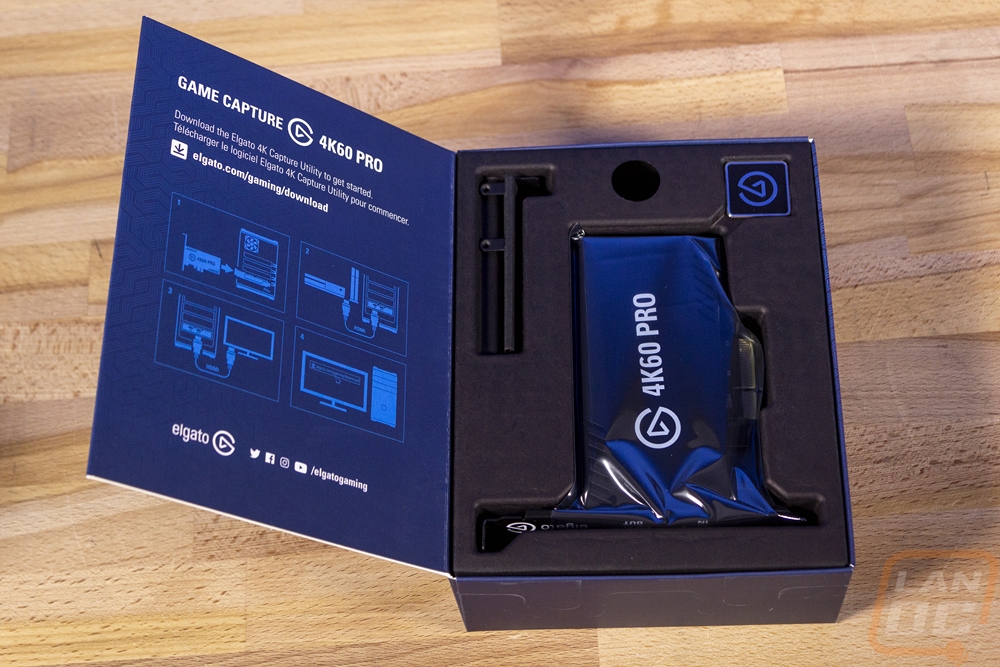 For accessories, in addition to the card itself, you get a few things. You get a very small instruction manual. Then you get an Elgato case badge which is really nice with its thick metal design. They include a shorter PCI bracket if you want to use the card in a half-height system/server which is cool, I should also point out that bracket is black and has the same labels as the full height bracket. Then you get an HDMI cable, which most people won’t need but is a nice touch!

The 4K60 Pro itself is great looking and like I mentioned earlier the new MK2 model is tiny. The card is half-height and has a metal cover over the entire front. It wraps around on the end to shield the PCB and has slits cut into it along the top left and the bottom right for cooling. Then the model name is across the cover as well in that bright white. 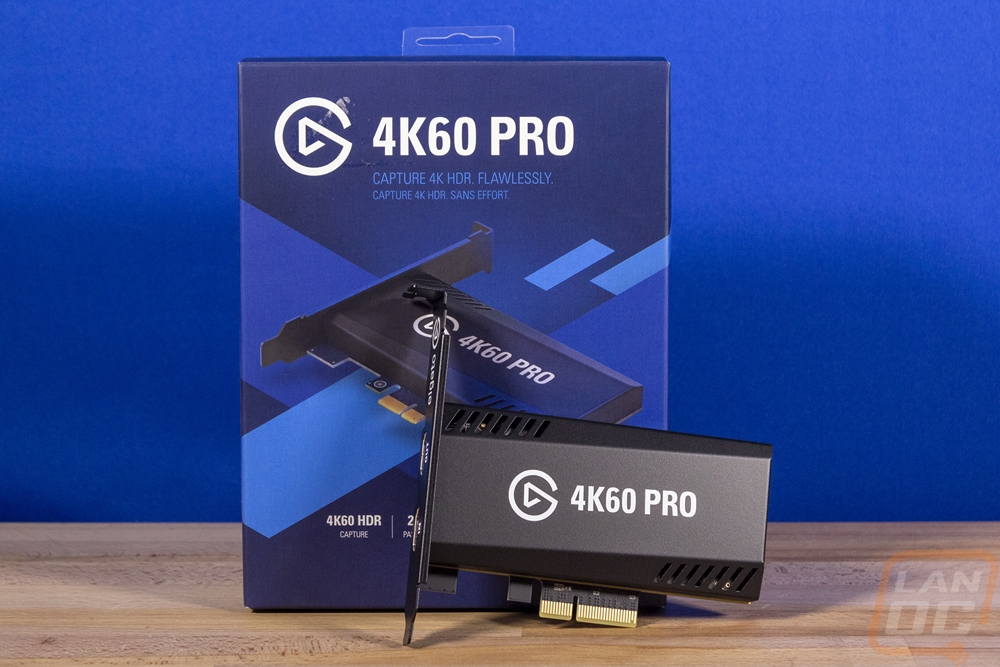 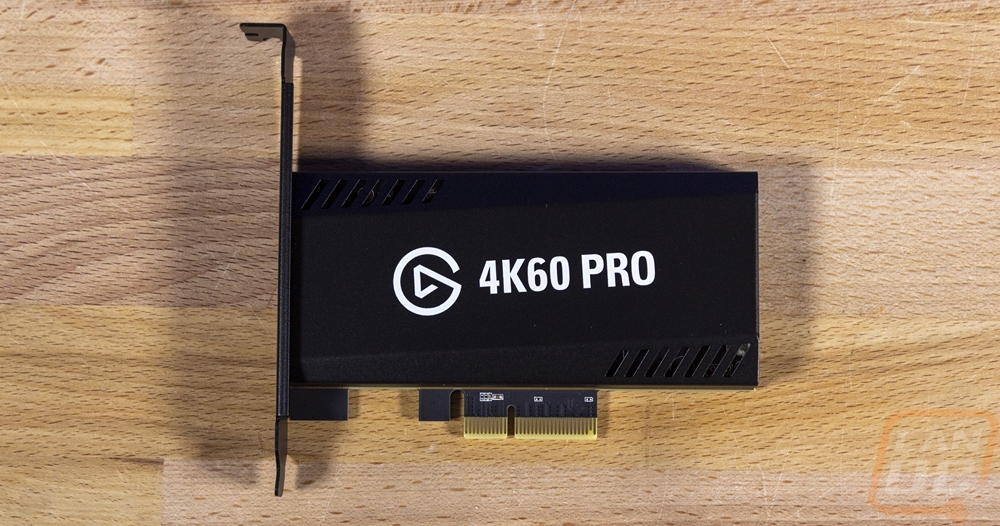 The back of the PCB lets us see that they did go with a black PCB which is a nice touch. You can also see that the PCIe slot down at the bottom is a PCIe x4 which is longer than the x1 slots a lot of boards have but shorter than the x16/x8 slots that your video card will use. Asus does have some PCIe x1 slots that have an open end, but you should be aiming to use this in an x4 or longer slot. Also on the back, you can see that the front cover is held in with 6 screws. 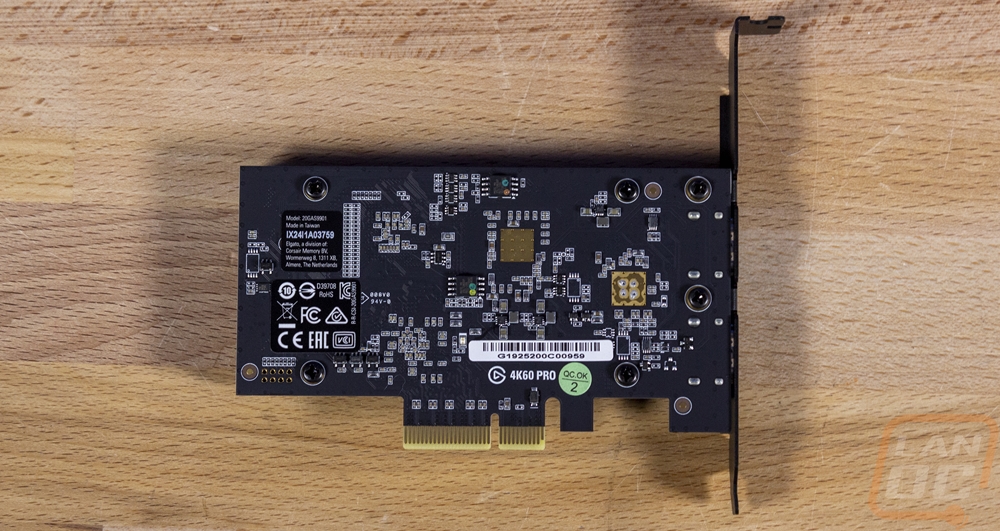 So it comes with the full height PCI bracket installed which is what most people will need because that is what most PCs require but you do get the half-height bracket as well. Both have the In and Out labels and are powder coated in a nice textured black finish which honestly every PCI device anymore should have a similar finish to match most cases. The 4K60 Pro MK2 has both the In and Out HDMI ports here because the card has HDMI passthrough. This is similar to how a home stereo receiver works, basically, you hook this up inline between your game console and your TV and you get a lag-free experience on the TV and are able to record. The specifications don’t actually tell us what HDMI version Elgato has used. But the fact that the card is designed for 4K60 tells us it is HEMI 2.0 or higher and then the HDR10 support means HDMI 2.0a at minimum. Without VRR we also know it isn’t HDMI 2.1 which honestly is a shame considering future game consoles will be using that without a doubt, especially with Xbox One X already supporting it.

Most cases will only have the card visible from the top edge so they did make sure to slip in the Elgato branding there as well. It isn’t backlit thankfully, but I would have preferred this say 4K60 Pro than having even more branding, there is an Elgato logo on the front, back, top, and end…