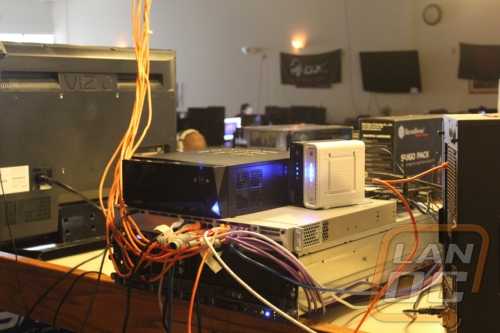 It’s been a few days now and not only have I set all of the PCs around the house back up, I also took the time to do detail cleaning around my desk. Even after a few days I feel little tired, an impromptu nap that went until 3pm yesterday helped some but it’s going to be a little while before I’m back to normal. All of it means we had another successful LAN. Of course the work doesn’t stop on Sunday for me, but before I get too far into it I wanted to post up a little bit of a roundup. Read on to hear more about it.

Good Times had by all

First and foremost, the pictures from the LAN are up both here on the site as well as Facebook. You can check them out at the following links:

Up top in our menu under gallery

Make sure you are following us on Facebook and be sure to tag everyone you know, especially the embarrassing pictures!

Here are a couple highlights that I wanted to point out from the LAN though. 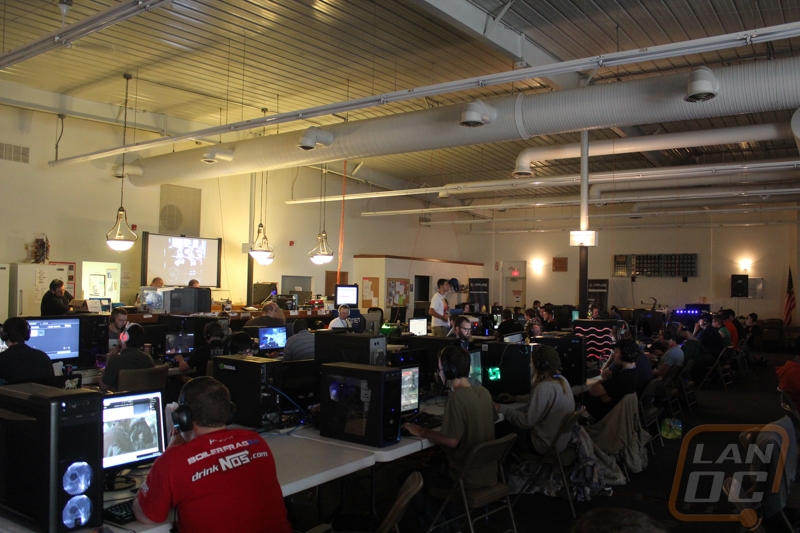 First thing first, the excitement during some of our raffles was impressive. Here is Berb caught in the act of running up to claim his prize! 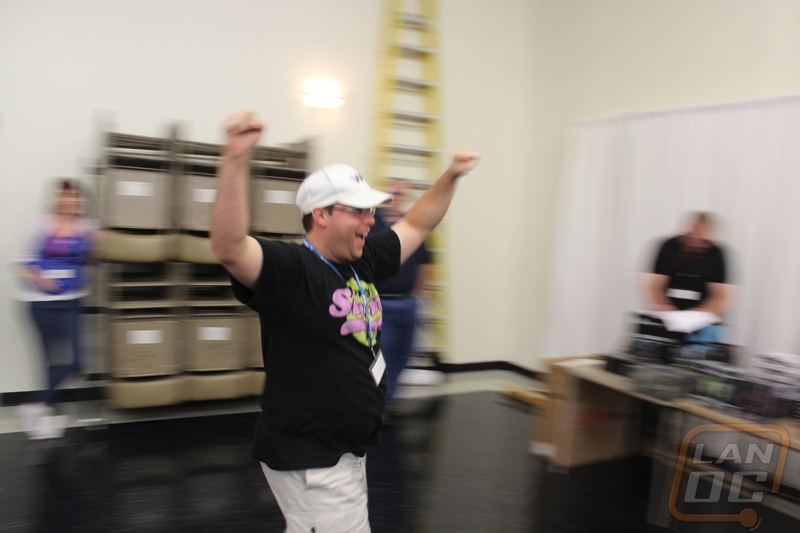 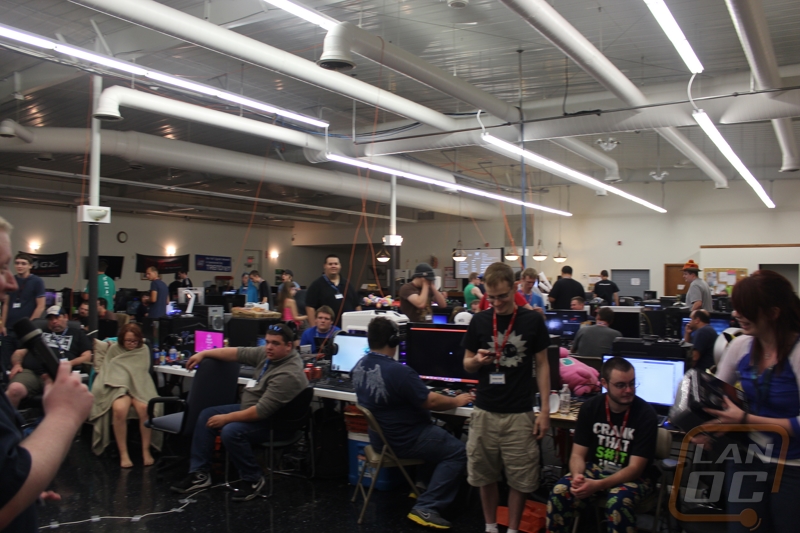 We had a few extra activities for everyone to do, here was our old school tournament as well as the poker tournament. Poker even sent a few bucks back into the LAN as well! We also had the finals from the LoL tournament up on the projector as well. 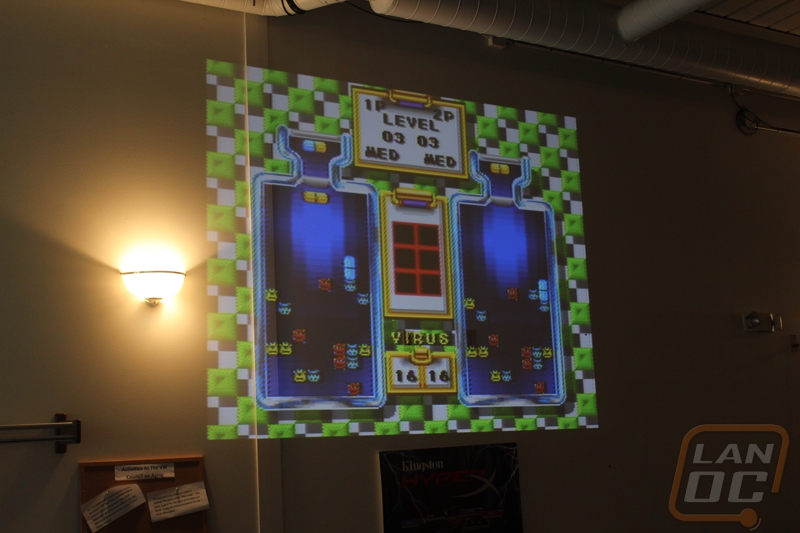 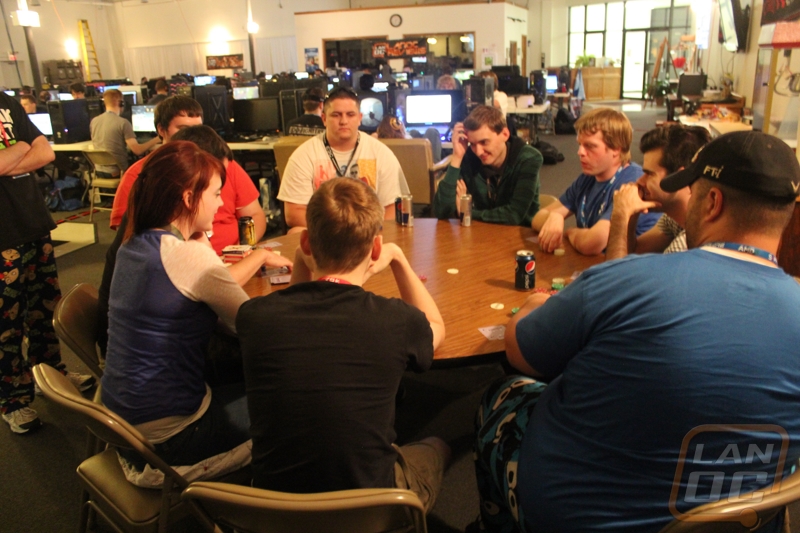 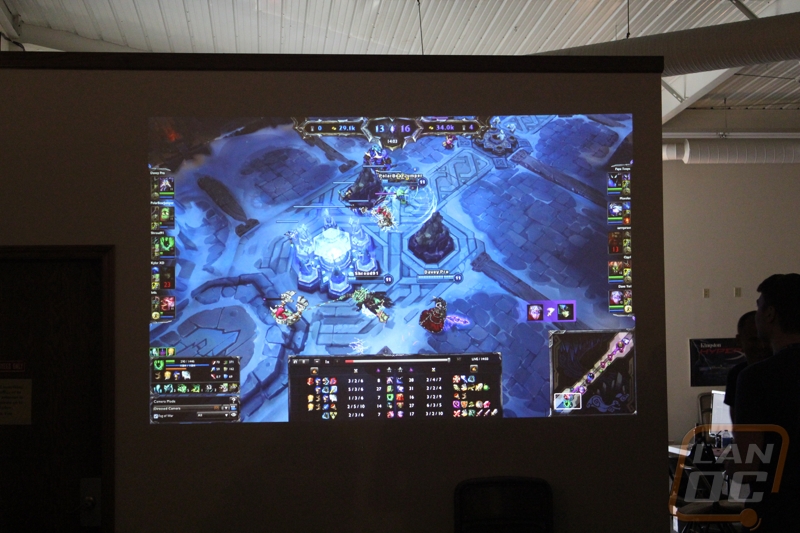 I think most of you even made it by the Sapphire table and spoke with Ed as well. I also saw him walking around the room chatting with people as well. 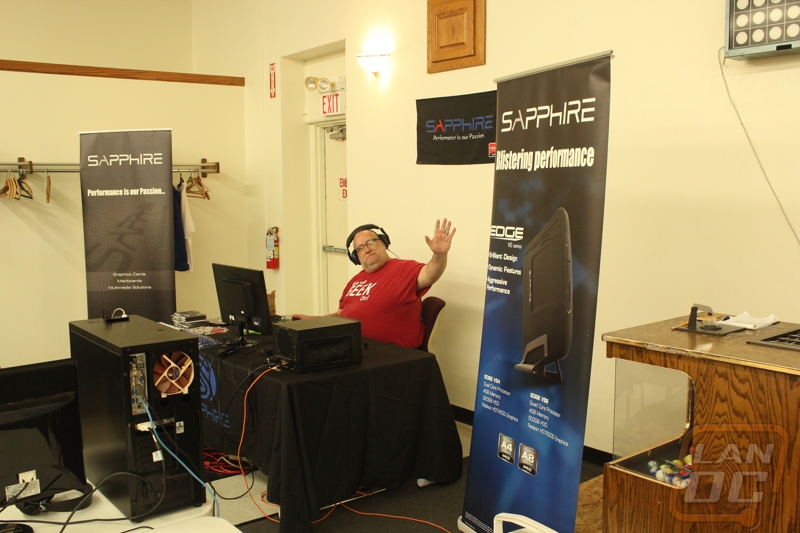 It wouldn’t be a LAN without breakfast a well, TwoDaves was at it again putting together breakfast for everyone. 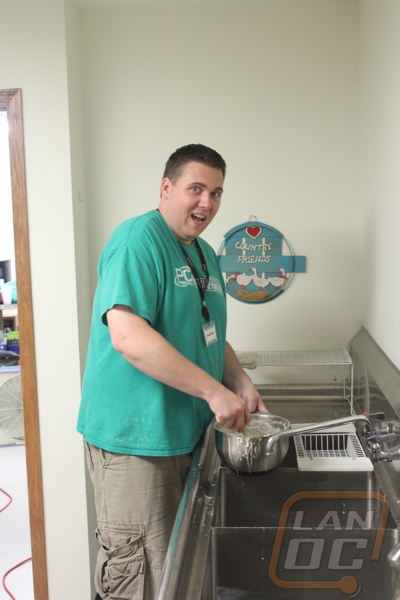 Lots of storage was to be had, you can see Draymac giving CrazyBillyBob looks here and if I’m not mistaken the look of frustration from Ryan looks like BillyBob just finished screaming STORAGE. 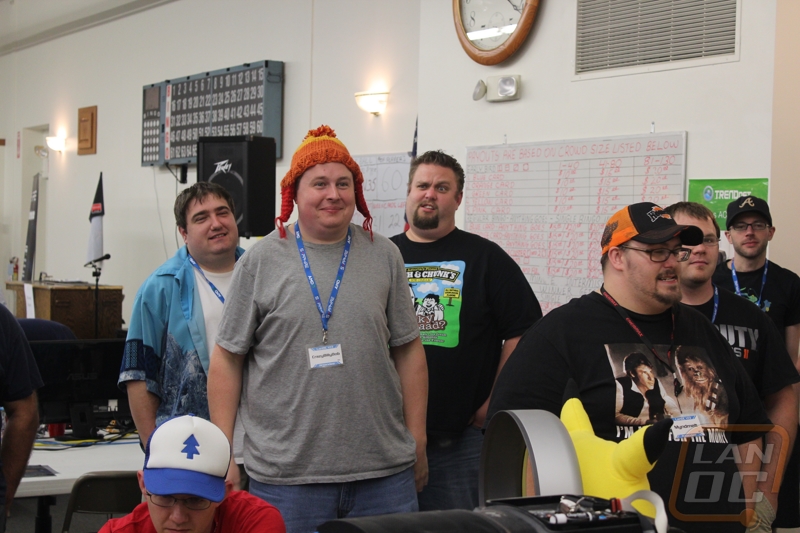 We have 1033 guests and one member online