Companies have been trying to produce the perfect laptop cooler for years, trying to cover all range of sizes and focusing on unique hot spots of the laptop models. This is near impossible with one set mold, or at the very least spreads each aspect so thin it hardly does any good. However The people over at VIZO weren't satisfied with one specific mold. They decided that the best way to satisfy each individual user was to let the user decide their own measurements and fan placements, to meet their own unique cooling needs. The result is the Ninja HS, and VIZO has sent us a sample to try for ourselves.

Packaging:
The Ninja HS comes packaged in a fit-sized rectangle box, all sides showcasing the features and specifications for the consumer's reference. The HS comes in two different models, the NCL-250 and NCL-251, the latter including 3 built-in USB 2.0 ports, and the model VIZO has sent to us. The packaged box serves a dual purpose of a carrying case as well, with a plastic handle for ease located at the top. Inside, we find the cooler disassembled between separate pieces of foam in order to keep it secure during transportation and help protect the material from exterior damage. Nestled on top is the instruction manual and underneath the first layer of foam lies the main piece of the cooler. First impressions of assembly may be a little intimidating, but fear not: it takes a matter of minutes. After the main fan piece and legs are removed, all that is left are some thumb screws and the mini-USB to USB power cord. 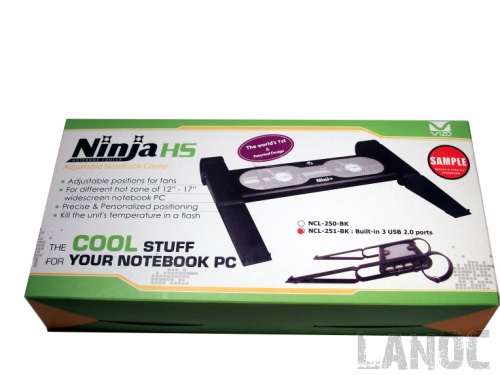 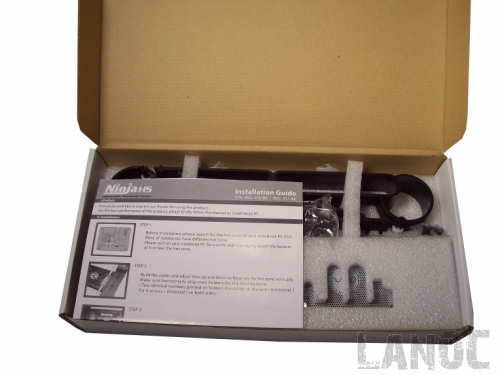 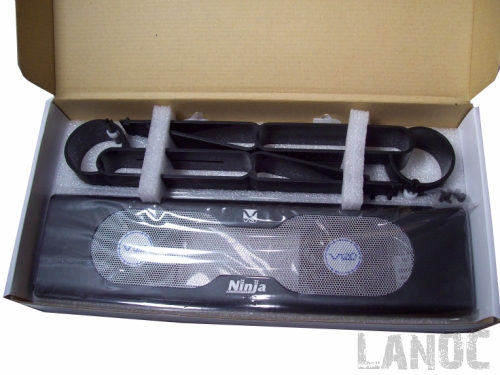 Assembly:
This section could also be consider customization, since the only real assembly required is to adjust the Ninja HS to fit your laptop's needs. First, the two legs slide on to the main fan and can be adjusted to a vertical position for hot spots on the bottom of your laptop. Each laptop has different configurations of hardware that produce more heat than others, for example, a video card or hard drive. Being able to adjust the fan bar helps to line up these hot spots. To help ensure that both legs are positioned evenly, VIZO has included a number line on the reverse side of the legs to use as a reference when securing the screws. Once this is done, you can flip the HS over and loosen the four screws on each of the fans, and slide them along the rails to adjust the horizontal position.  All this coupled with the ability to choose the position of the fan bar on the legs allows the user to pinpoint the unique hot spots of their laptop, instead of only cooling  general areas that may contain nothing but plastic. 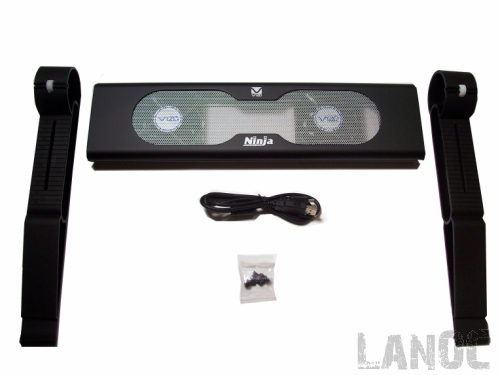 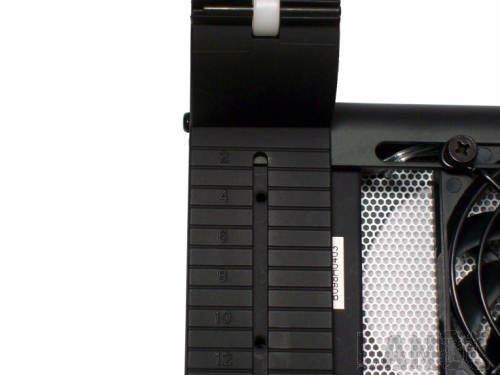 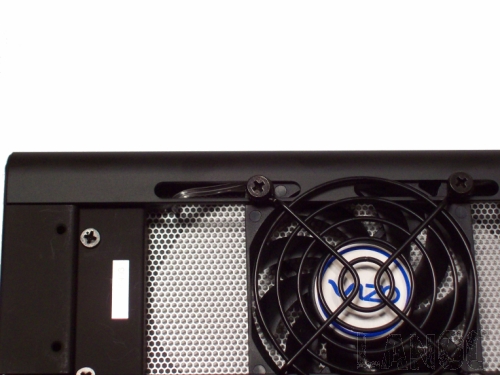 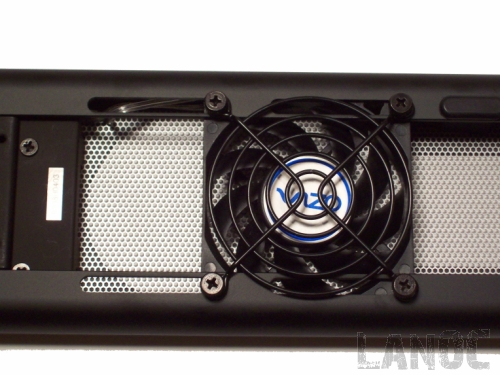 Performance:
The Ninja HS does well in the portability arena, but may have a downside depending on you're own preference. When assembled, the HS is large enough to support a wide-screen 17" laptop, so it does tend to be bulky. To use the packaging box as a travel box, you'll need to disassemble the cooler, which shouldn't take longer than five minutes. There are those that might find this as a good thing, and there are those who may just want to throw the cooler in the box and go. Also, though the position of the fans on the main bar won't need to be altered, the position of the legs will have to be reset every time you reassemble the cooler. Again, this is only a minor issue since VIZO has numbered the lines, and is simply a matter of remembering which.

The HS also does a good job of improving the ergonomics of the user, elevating the screen and keyboard nearly three inches at its max. The HS also acts as a USB hub, turning the one port it takes for power into 3 open USB 2.0 ports. The laptop itself is secured in place by elevated ridges at the end of each leg. The reverse side of the each leg sports a small, plastic wheel to help move the cooler to and fro. The fans also run extremely silent! I actually had to double check to make sure they were running! 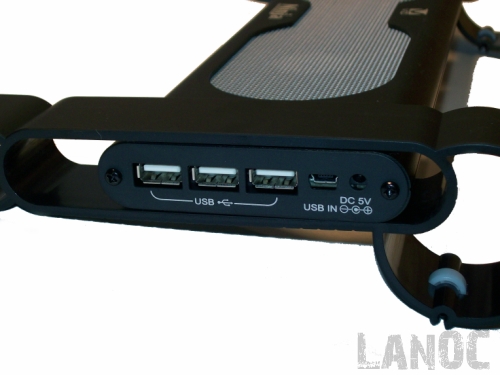 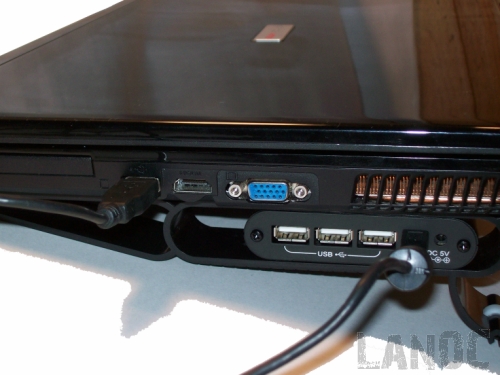 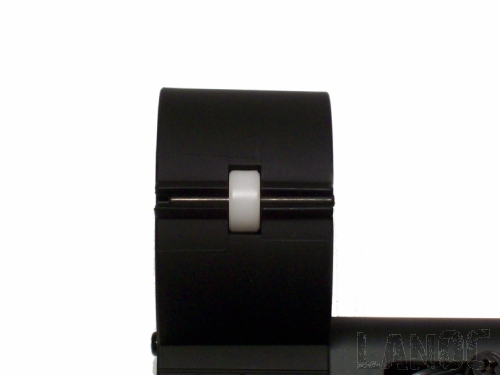 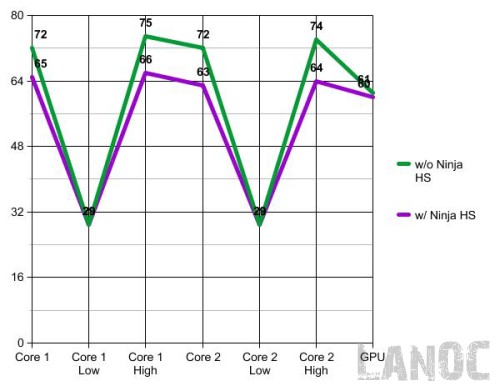 Overall:
VIZO has created a great and innovatvative solution for laptop cooling, and for being one of the first of its kind it works great. Having the option to adjust the cooling to maximize airflow over your laptop's trouble areas is a great feature and one that managed to reduce core the temperatures by an average of 8 °C. Although the GPU only saw a of reduction of 1 °C. Still it an example of one of the minor issues with the Ninja HS. Being able to personalize the cooler is great but on some laptop models it may be difficult to locate the specific areas that need cooling. Our result of only a single degree difference in GPU cooling may be an example of this. However this type of innovation does come at a price. The VIZO Ninja HS has an MSRP of $75.99, far above alternative cooling options. 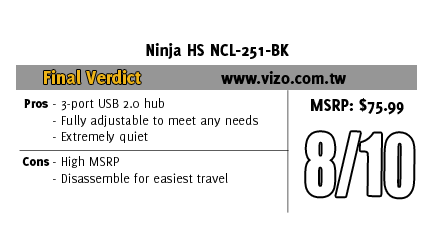 Author: Lersar
Contributing Editor / Event Staff
Adam is a big proponent of LAN parties, esports and speed-running, and helps organize our semi-annual LAN events. He has covered hardware and software reviews of a wide variety, but most content these days come from event coverage, such as other LAN parties.
Discuss this article
Log in to comment
Posts in discussion: VIZO Ninja HS

We have 1917 guests and one member online