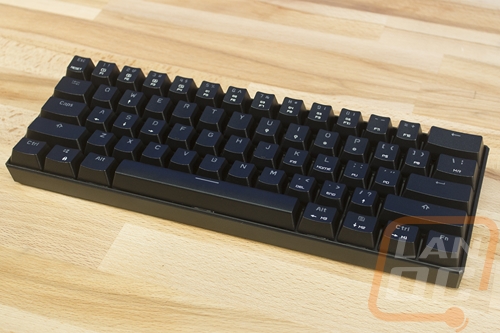 So if you haven’t seen a 60% keyboard before just to catch you up to date, basically you get the main part of a keyboard without the number pad of a full sized keyboard and without the F keys, direction pad, and home keys that a TenKeyLess has. The CK61 has a traditional layout on its main later with the exception of the Escape key being in place of the tilde key. This is normal on 60% boards as escape is still really important to have quick access too. You might be wondering how people manage to live without all of those extra keys. Well, it's all about the function layer using the Fn key on the bottom right. Like a shift button, holding that while pressing most of the keys on the CK61 gets you different actions, in this case, all of them are labeled in bright white. 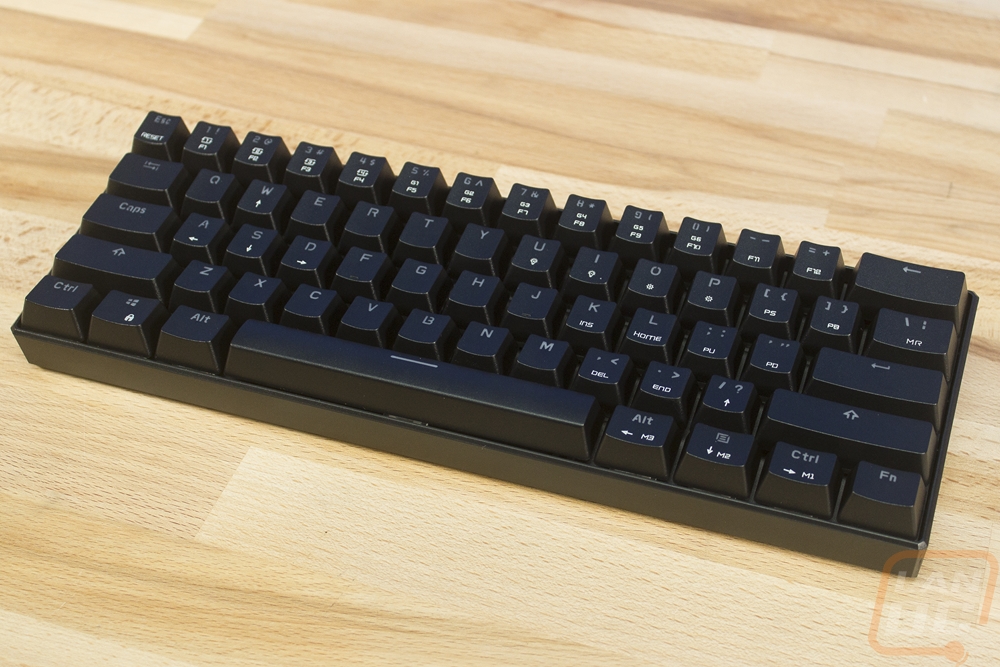 Beyond the layout, the CK61 has an extremely thin plastic bezel like the older Poker 2 and Poker 1 60% boards. But what stood out to me when I first got my hands on it was just how lightweight it is. It came in on the scale at 442 grams or 15.6 Ounces. This is less than the 1 pound 5 Ounces that the Poker 2 weighed with its plastic case. Now weight isn’t everything, but it does at least bring to mind quality sometimes.  Specifically, I the backplate is actually made of ABS plastic where most keyboards would have aluminum or steel for strength and added weight. But remember this isn’t an expensive keyboard, there do have to be sacrifices to keep the costs down. I will have to wait and see later if this translates to anything in my performance testing.

Poking around the layout I did notice that the function key is over in the corner, not to the left of the control key like you normally see. Not a big deal but worth noting. Beyond that, the bottom row is all standard size so replacement keycaps shouldn’t be a problem later on. The windows key on the left also lets you lock out the windows key using the function layer, ideal for gamers. There are three M keys in this area that are for lighting controls. The left one M3 changes the direction of the patterns. The M2 key changes the lighting effect. Then M1 changes the lighting color. Also here there is one of two direction pads. This is similar to the Pok3r so those used to that layout will like this.

The top row is especially confusing and I imagine this is where people will get really confused. Normally you hold function and these are just F keys, simple and easy to remember. They are F keys but you actually have to hit function-3 to turn on the hard layer. Then from there all of the keys stay in function mode until you Fn-3 again. 1-4 are all like this with different layers. For example, Fn-2 turns on the bottom right direction pad, Fn-4 turns on the left direction pad, and Fn-1 gets you delete and the home button and everything in that area. 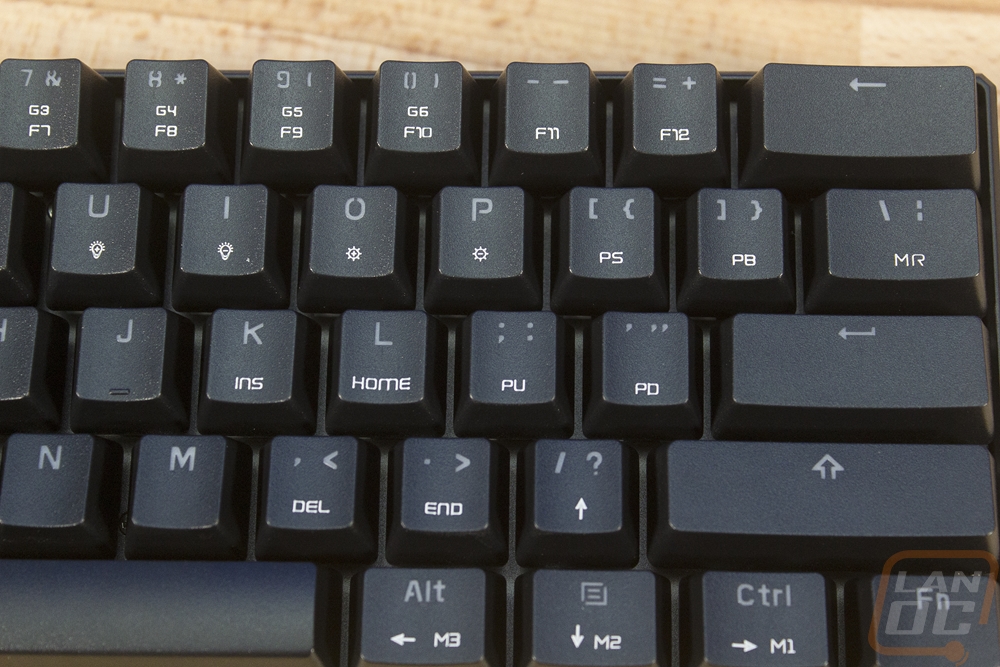 So as I mentioned the case is a lot like the older Poker keyboards. It has a thin bezel from the top view but from the side, it wraps up around the keys. The CK61 also has a really steep default angle as you can see from the side profile. There isn’t any branding on the outside edge of the case or anything visible from the top at all really. The only thing going on is the USB Type-C connection along the back that is slightly offset to the side.

The USB connection means a removable and replaceable cord, as some of you who read the packaging section would have already seen. It has sleeving, is more than long enough at 1.4 meters long. The only thing special though is the USB Type-C connection at the end. 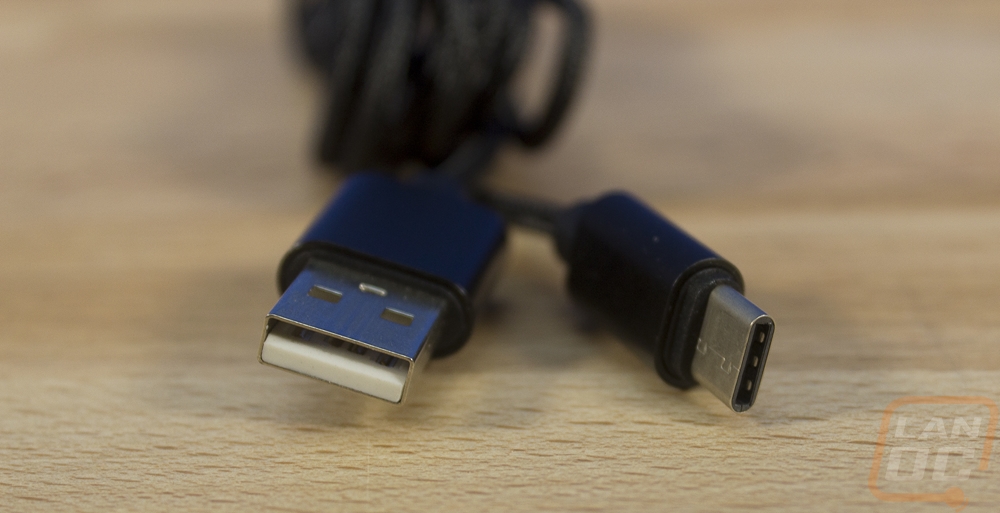 The bottom of the Ck61 is the only place you can find the Motospeed branding and I love that they do that. One side has the brand and the other has the model name. That is also where you can see the certifications and that this complies with part 15 of the FCC regulations. Listing that specifically in such a large font prompted me to check to even see what that was. It is basically standard testing for electronics to save you the trouble. For feet, there are just four of the smallest feet I’ve ever seen on a keyboard. They are just small round dots with just a fraction that touches your desk, add in the board's weight and I do have to wonder if it is going to stay still when I’m using it. But I will find that out later.

Oddly enough, I’ve been avoiding the enthusiast keyboard market for a year to a year and a half now. Not because I’m not interested, but because I have been trying to cut back on my spending in that area. It can get a little addictive and really expensive. With that, I was surprised to find out recently just how many new switches that I haven’t had the chance to test out. One of those surprisingly are the Kailh box switches. Lucky enough the CK61 is sporting the white version. In most ways, this is a Cherry MX Blue knockoff, at least when it comes to it being clicky and with its 55 grams of force needed to press it. The Blues take 50 grams so they are very close. Visually though the design is a little different with a box around the stem that adds more stabilization when you press the key. This switch design is also IP56 waterproof/dustproof though I don’t think the CK61 itself is. This design uses a clear casing with a surface mounted LED for the RGB lighting. The CK61 uses an internal cherry style stabilizer as well on all of the longer keys like the shift key that I have pulled up in the pictures below. 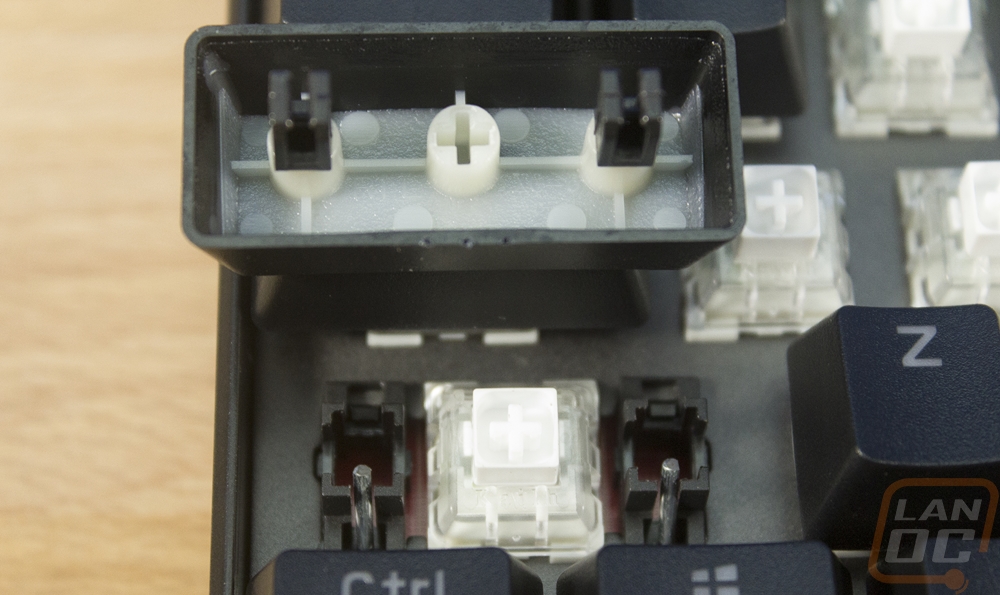 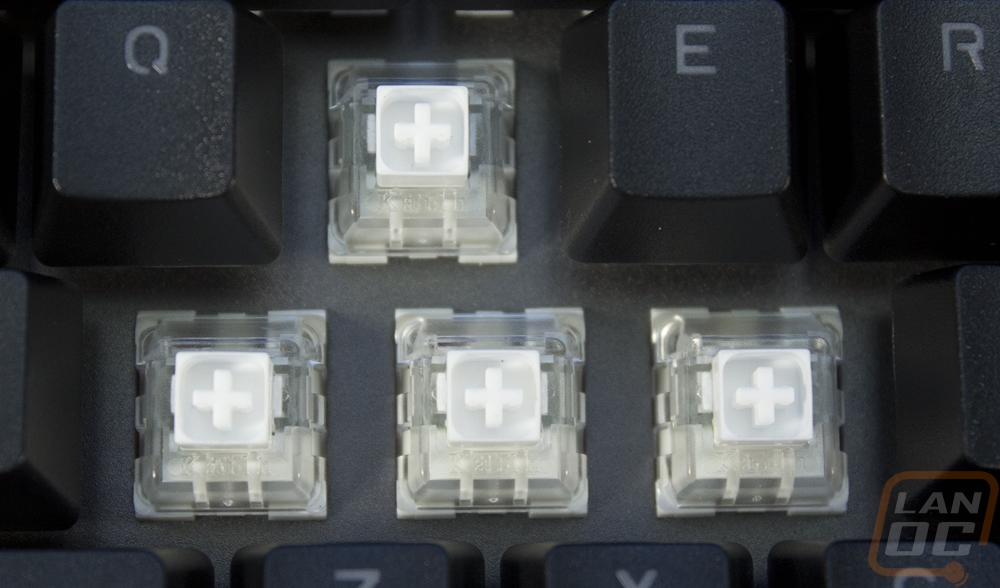 The CK61 surprisingly does have double shot keycaps. A lot of much more expensive keyboards don’t have that but these are made of ABS not PBT so they will still wear to a glossy finish on top over time. But the legends will still be visible. Speaking of I didn’t mention it before but I do like the font that Motospeed went with, it is simple and clean. Being double shot keys though does mean a few of the letters have small support likes in them, similar to when you use a stencil. Its most notable on the O and D and makes a few of the numbers harder to read. The 6 looks like a G for example. I’ll take that over not having double shot keycaps though. They aren’t any thicker or thinner than a standard OEM style keycap so I would still jump at the chance to upgrade later. But all things considering this is a nice bonus.