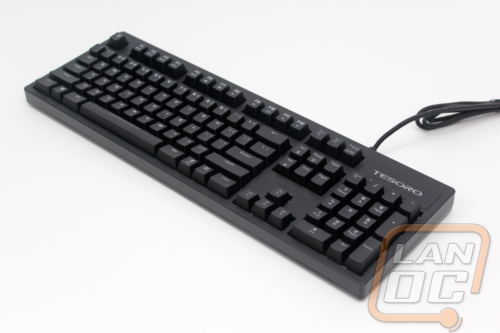 For performance testing, as always I replaced my main keyboard I worked with the Excalibur Spectrum. Typically, I aim for at least a week of testing but this time around I was able to get in even more time due to the timing of reviews. That gave me even more time than normal to use the Excalibur while doing my day to day writing (between emails and reviews that is a lot in itself) as well as a lot of gaming as well. Given that the Excalibur Spectrum seems to be focused a little on gaming as well as office use this was a perfect way to see how it would perform. My first concern was just the overall build quality of the board. Previous Tesoro keyboards have always felt a little plastic but by dropping the flashy exterior design the Excalibur feels a lot more like an enthusiast board than a lot of the gaming keyboards. It’s not as heavy and solid feeling as the code for example but it feels better than the black widow. The small feet on the bottom were a bit of a concern when I saw them but in my testing I didn’t run into any issues with the keyboard sliding around on my wooden desk, although if I was using a plastic table like in the past I might be more worried. Dropping the USB hub and keeping things simple with just one USB connection also helped a lot. As someone with a USB 3 hub next to my desk already I don’t normally need a hub in my keyboard, plus I like to avoid the power draw issues that sometimes come with that.

Being the spectrum model I was also very curious how well the RGB lighting would work out. Well things aren’t any different than the last Tesoro Spectrum I tested, the backlighting was bright and colorful. The lighting doesn’t match up perfectly with what you select but I’ve gotten used to that. I normally have to go with an orangeish red to get a bright LanOC orange for example. Speaking of the lighting, I was happy to see that Tesoro included a few lighting modes. I think most people will be happy with being able to set the colors themselves or just run the rainbow mode but I would love to see them include more options there. The full RGB keyboards from Logitech, SteelSeries, and Razer all have a lot more options when it comes to lighting modes and most of them now also have full APIs to let people program your own lighting effects as well. 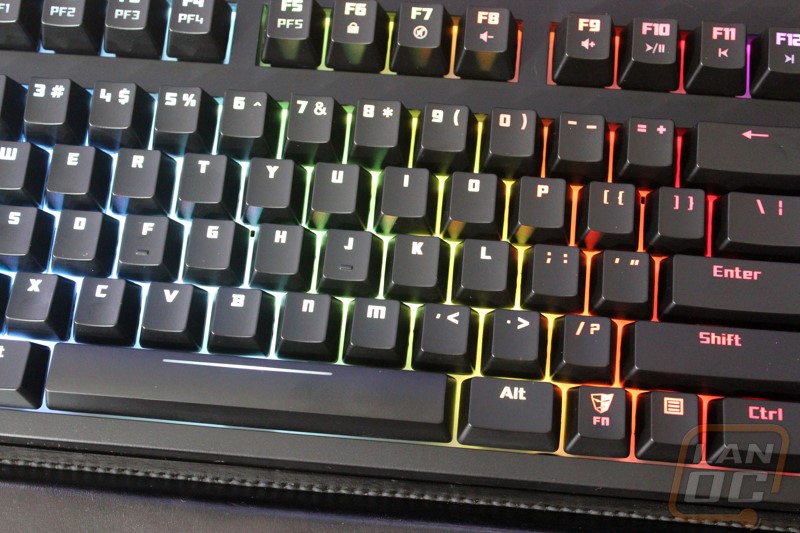 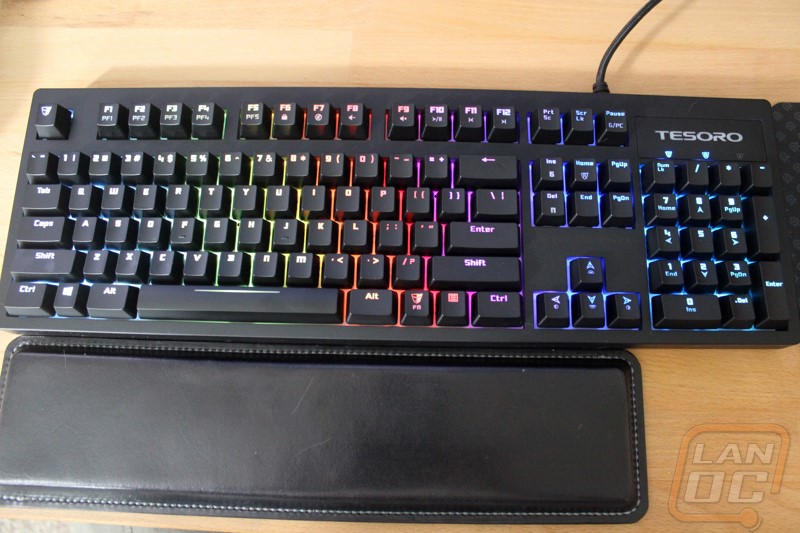 Then of course we have to take into account the physical performance of the Excalibur Spectrum as well. As I mentioned earlier it does come with Kailh switches, a brand that is considered to be a knockoff of the Cherry MX switch most people know about. The switch performance wasn’t bad in all of my testing, when I focused on it a few of the switches did feel slightly loose, something I have run into with Kailhs before but I think most non-enthusiasts won’t have a problem with them. Personally I would love to see them move to Gaterons if they are avoiding the production issues with Cherry switches though as they have a better reputation. The thin ABS keycaps and blue switches did have a little bit of chatter when typing. Taking a little time to lube the stabilizers more might help with that if it is an issue. Beyond the switch performance the Excalibur was rock solid. They give you media controls by using a function key should you need them as well as multiple profiles for lighting and macros. Being a simpler design the keyboard is actually a little thinner than keyboards with additional macro keys off to the sides as well so you get that full sized keyboard without any more lost desk space.

We have 1287 guests and no members online