One of the first points that you will notice is that Thrustmaster spared no expense in designing this. It is after all a replica of what real pilots would use in a Warthog. The feel of the stick and throttle are top notch. Each individual button on the stick and the throttle is very high quality. It almost feels like you could throw it across the room, which I don’t recommend, and still be in one piece, it’s built that good. The toggle switches on the throttle give that reassuring “Click” when you throw them from one position to the other. It really comes down to the small things that make a Thrustmaster product stand out and I can say I really liked how you can lock each throttle control together with a lever and feel like you can do it a thousand times without it breaking off. 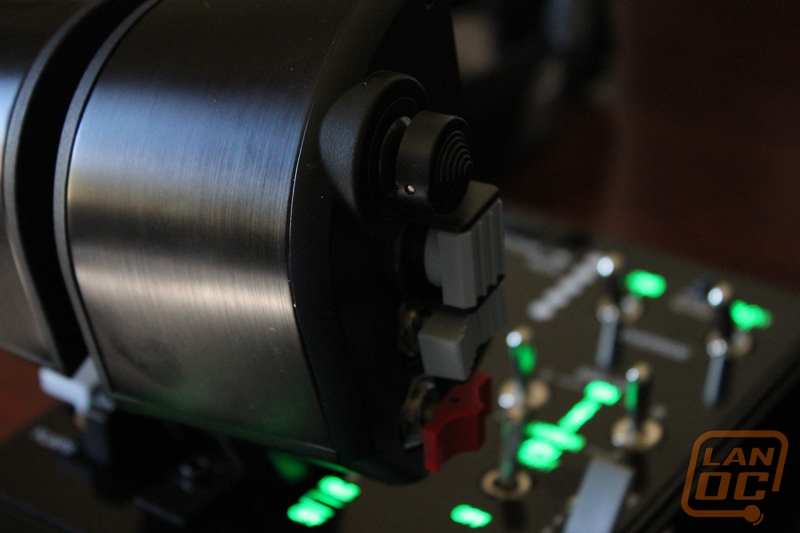 I tested a variety of games with this setup including A-10C Warthog, Microsoft Flight and Dogfighter which can all be found on your favorite digital download service store. 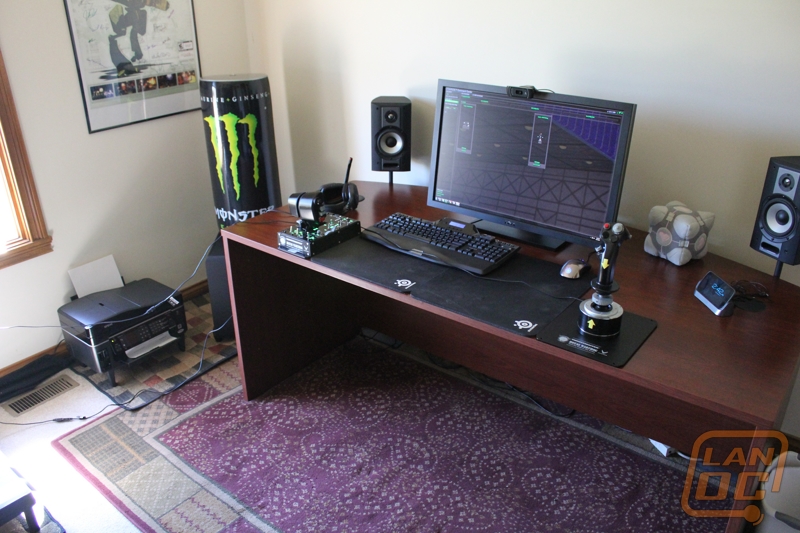 Dogfighter wins hands down. You can use either the mouse and keyboard, Xbox Controller and the Hotas Warthog setup. It was as easy as plugging them in, launching the game and hitting play, simple. While playing you will notice that many buttons on the joystick and the throttle do the same exact thing. Again, this is a very cheap, fun game. If you are buying this to play Dogfighter you might have the wrong idea.

MS Flight came in second. The setup was straightforward along with the ease of control during flight. The one item that wacked me out was the Alerons. This is controlled with one half of the throttle by default. Easy enough to bind to a different button so no biggie there. Overall the game played even better, as it should, with a flight stick setup. The controls were easy to handle along with the throttle controls. I always find it amusing to take off, gain some altitude, drop the landing gear, pitch the nose down and come screaming in for a water landing. With this setup it really does take away a bunch of the guesswork of flying. It’s almost like driving a stick shift car. You can just feel the aircraft better than with a mouse/keyboard or a controller.

A-10C Warthog was last. Now, I’m not reviewing the game but this one gave me the most fuss along the way. The plane always pulled to right no matter what I did. This didn’t happen in any of the other games so I’ll chalk that up to the game and not the stick. The amount of customization in the menus is mind boggling. It’s almost too much, but again, it’s a flight simulation. You are supposed to be able to tweak and tune every little setting to your H.E.A.R.T’s content. The stick and throttle’s felt great in game. Every time I would shut the engines off and try and land the aircraft I would be coming in way too hot, pick the nose up and blow the tail wing off. This is the game that this stick is made for, for sure. I just had so, many problems with getting it to work and handle the way that I wanted it to that I was frustrated beyond belief. If you have been playing Warthog for a while now and understand it better than I do, by all means, pick this up. It’s a great setup but I guess I’m just not that great of a gamer.