With a bump from the original DDR2 and DDR3 to GDDR5 on both its HD5550 and HD5570 cards ATI obviously hasn’t forgotten about its budget models. We have taken a look at their HD5550 twice before with both the ultimate edition and overclock edition from Sapphire. Today we get to take a look at both the HD5550 and HD5570 in their standard reference card configuration to see if there is much of a difference. 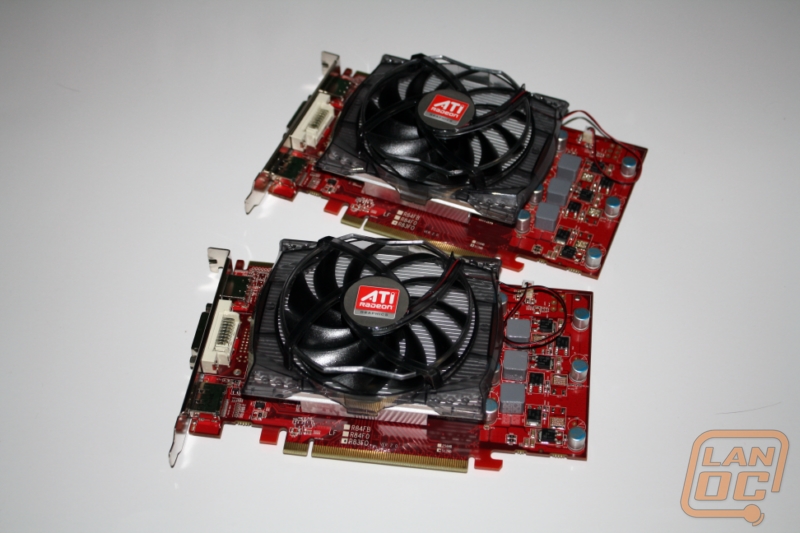 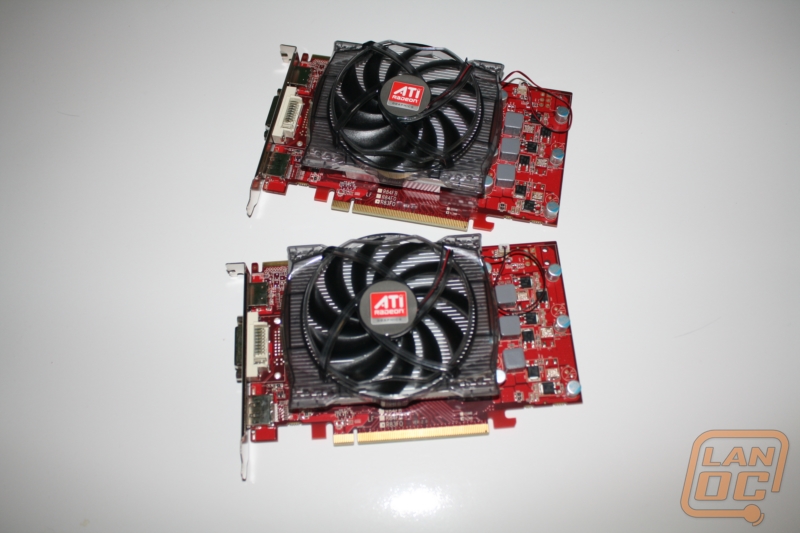 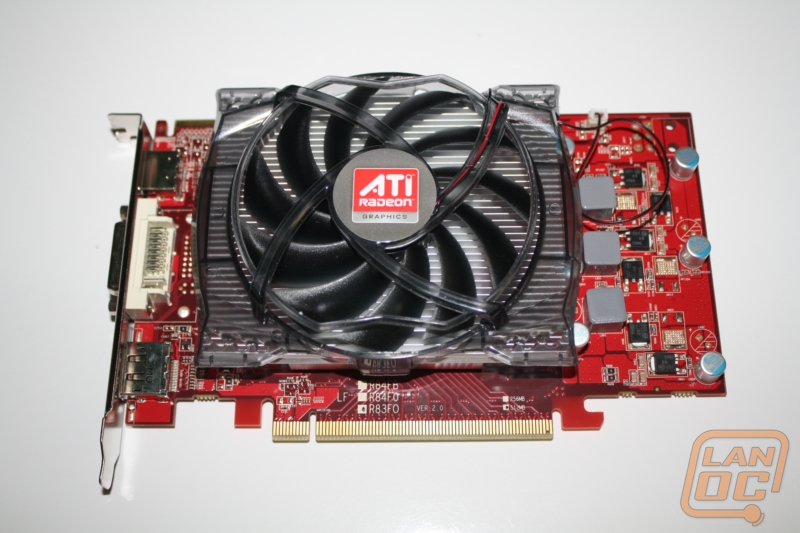 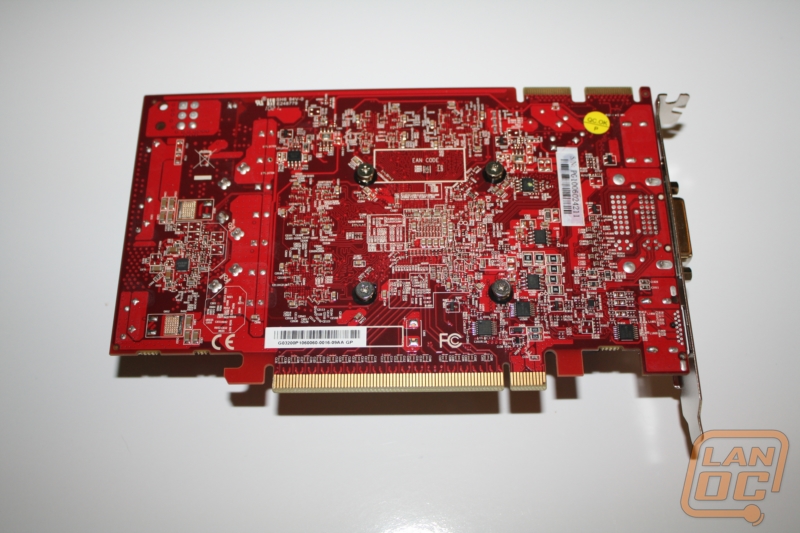 Having already taken a look at a couple different variations of these cards, I was excited to jump into performance testing to see how these stand. Something else notable about the HD 5550 and the HD 5570 is the similarities between the two cards themselves. Outside of the serial number, there is absolutely no way to tell the two cards apart. This is because they are the same card, only the HD 5570 is running a few more stream processors and an extra 100 MHz on the core clock. With that being said, let’s jump into the performance testing. 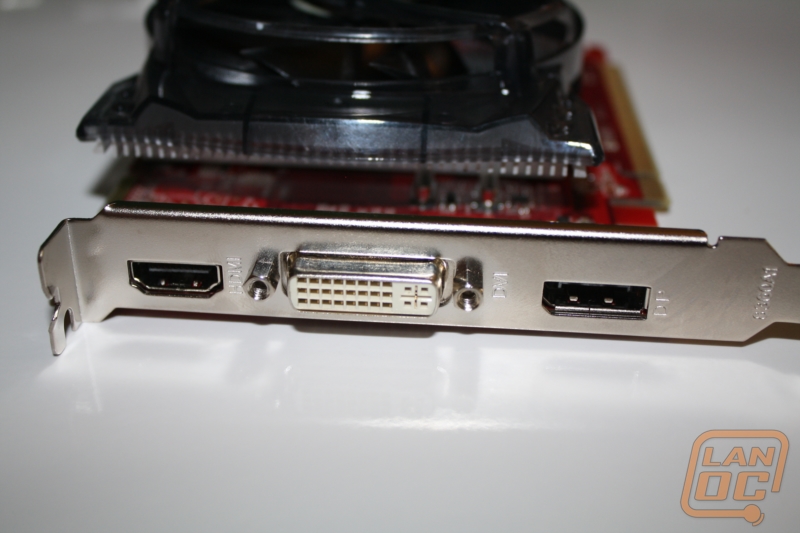 I ran both cards through our standard collection of tests. Because they sent us both of the cards, I went ahead and tossed them both in our test rig, in Crossfire X, to see what they could do together! Here are our results. 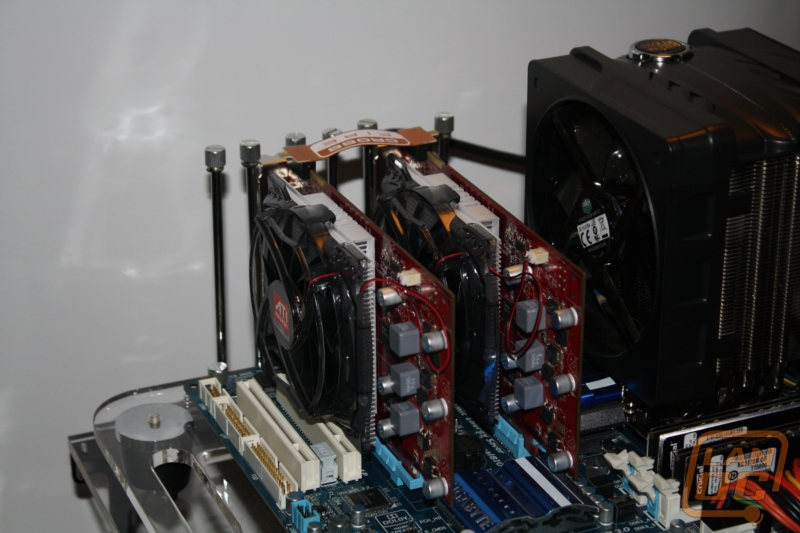 The results were a little bit surprising. Our Vantage test for example, shows an increase of 37% from stepping up from the HD 5550 to the HD 5570. Even more impressive is the 84% jump over the performance of the single HD5550 GDDR5 when paired up with the HD 5570 GDDR5 in Crossfire. To get an idea of the increase the switch to GDDR5 over DDR2 provided, take a look at the HD 5550 Ultimate that we tested previously. With a result of just 1815, the GDDR5 version with half of the ram pulls an increase of 77%. 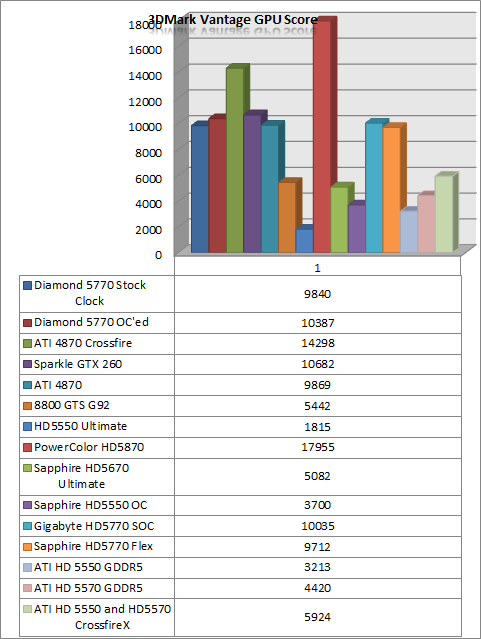 In Battlefield Bad Company 2 with the settings turned up to high, running at a resolution of 1080p, I wasn’t shocked to see the cards struggle to push the game. I was surprised though at the level of playability with the cards running in Crossfire, outperforming their older brother the HD5670. 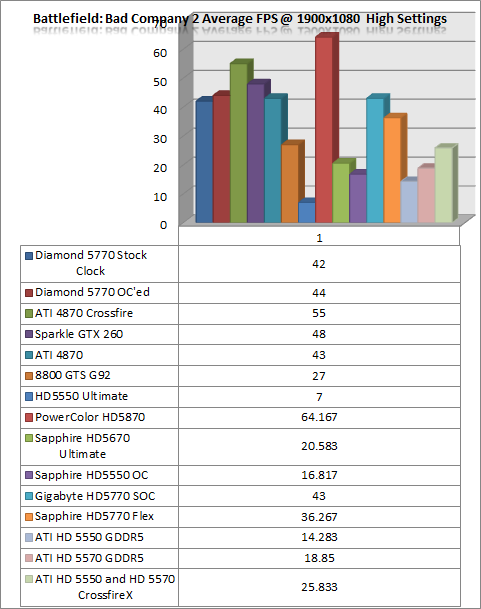 In Modern Warfare 2 all three of the configurations were playable, even while running in the higher resolution. With the Crossfire configuration running an 67.3 FPS, it is obviously the best, but even the HD 5550’s 40.033 is playable. 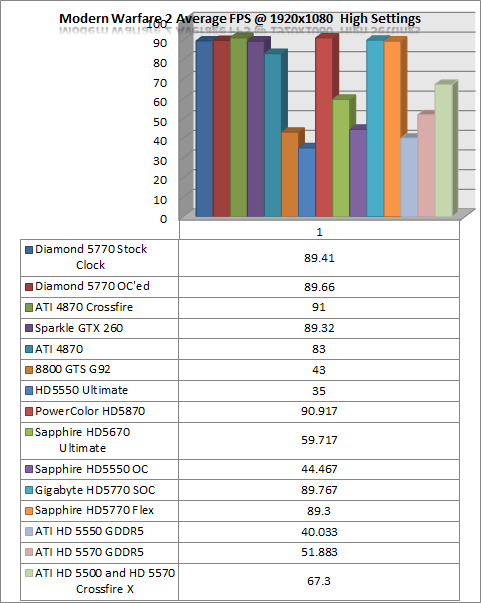 With ATI giving their budget cards a nice bump in performance with the GDDR5, I would expect them to increase the price a little bit. To increase their value in this ever changing market though, they have decided to keep the new cards at the same price as their old variations (~$79.99-$89.99 for the ATI Radeon™ HD 5570 and ~$74.99-$79.99 for the ATI Radeon™ HD 5550, respectively). With the price difference between the two cards being so little, I have a hard time recommending that you pick up a HD 5550 considering the performance increase of the HD 5570. Both cards will still give you Eyefinity (obviously not recommended for gaming at this level), a low profile bracket for fitting them in space constrained HTPC’s, and an HDMI hookup with build in digital audio. Because of that I have no doubt that a lot of people will find the value in them, let’s just hope they spend the extra few bucks for the HD 5570. Maybe then they can join me for a little MW2 gaming in the future ;). 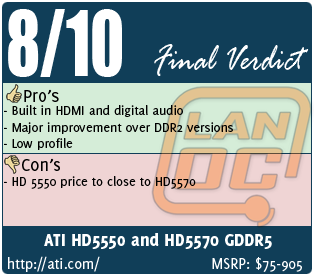 You might call him obsessed or just a hardcore geek. Wes's obsession with gaming hardware and gadgets isn't anything new, he could be found taking things apart even as a child. When not poking around in PC's he can be found playing League of Legends, Awesomenauts, or Civilization 5 or watching a wide variety of TV shows and Movies. A car guy at heart, the same things that draw him into tweaking cars apply when building good looking fast computers. If you are interested in writing for Wes here at LanOC you can reach out to him directly using our contact form.
Discuss this article
Log in to comment
Posts in discussion: ATI HD5550 and HD5570 GDDR5