ATI has been sure to cover every possible price and performance range with its HD5000 series cards. We have taken a look at Sapphire’s HD5550 Ultimate with a full gig of ram and today we have the chance to look a little closer at Sapphires HD5550 OC. With an overclock of just over 18% on the GPU, Sapphire is trying to give this sub $100 card the performance of it's faster siblings. 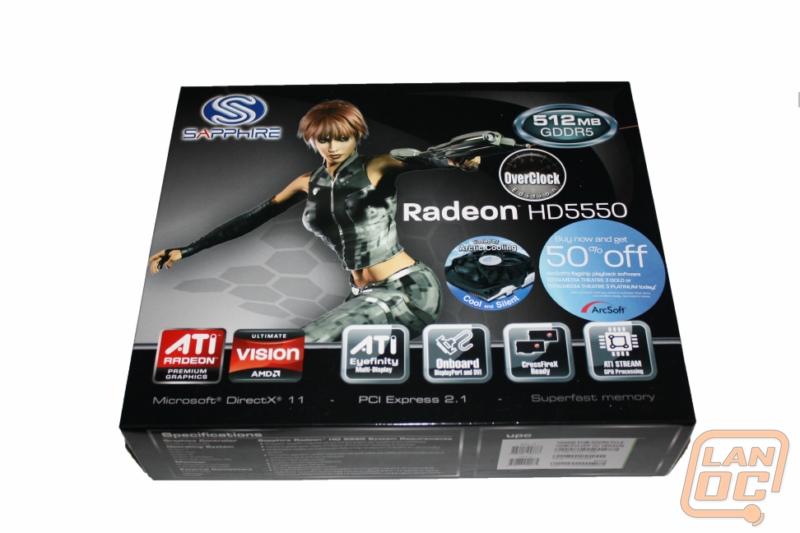 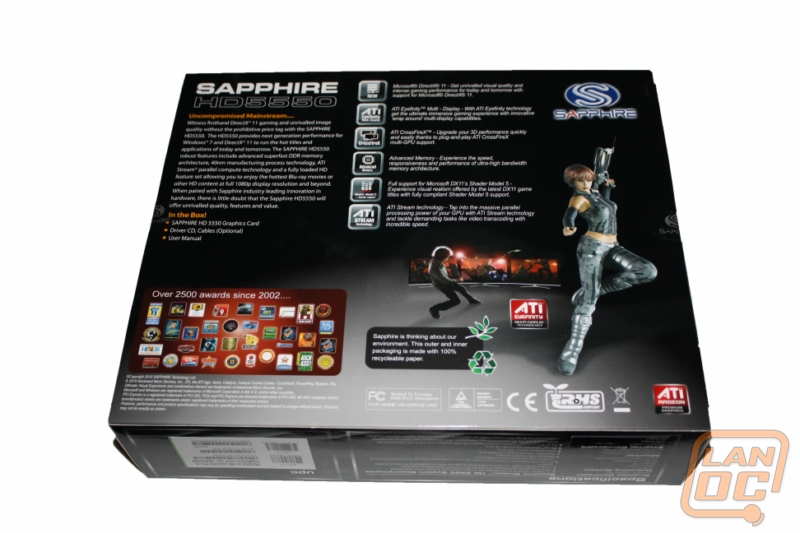 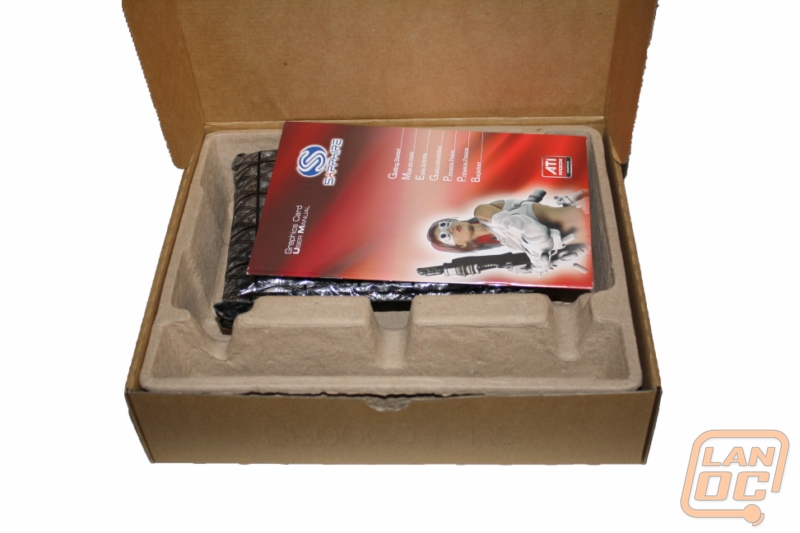 The HD5550 came packed in a black box, the opposite of the all-white box of the HD5670 that we reviewed earlier this week. The front of the packaging does have a picture of a girl holding a futuristic looking gun, but it’s mostly dominated by the collection of logos and icons showing off the cards features. To separate the overclocked version they have also placed an Overclock edition sticker in the space to the left on the front. Around back the space is filled with more information on each of the cards features. Inside, the card is packed up in a padded bag and sitting inside of a recycled paper tray. Oddly enough the card lacks any accessory’s outside of the driver disc and manual. Most people won’t need a DVI to VGA adapter, but I think at this price range you may find some people are still running VGA monitors. 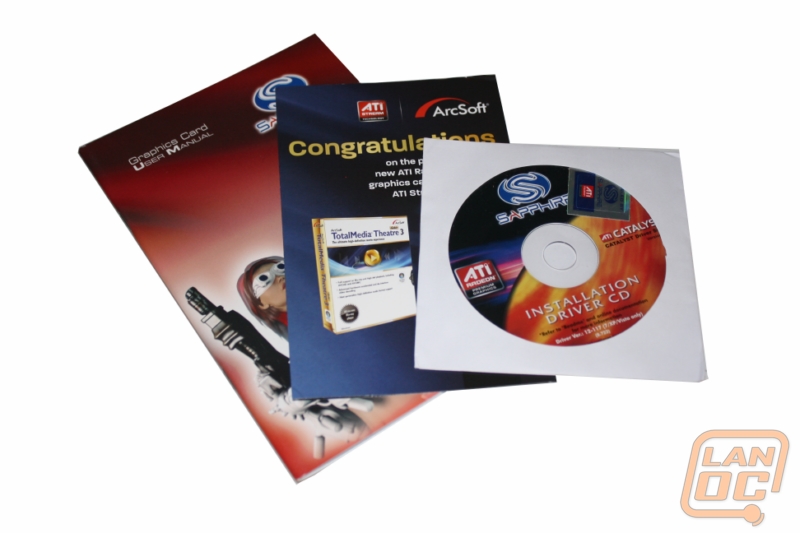 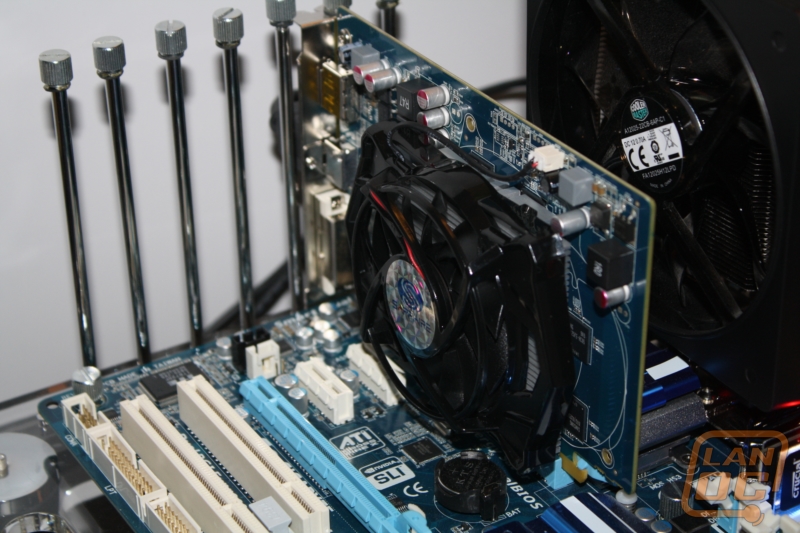 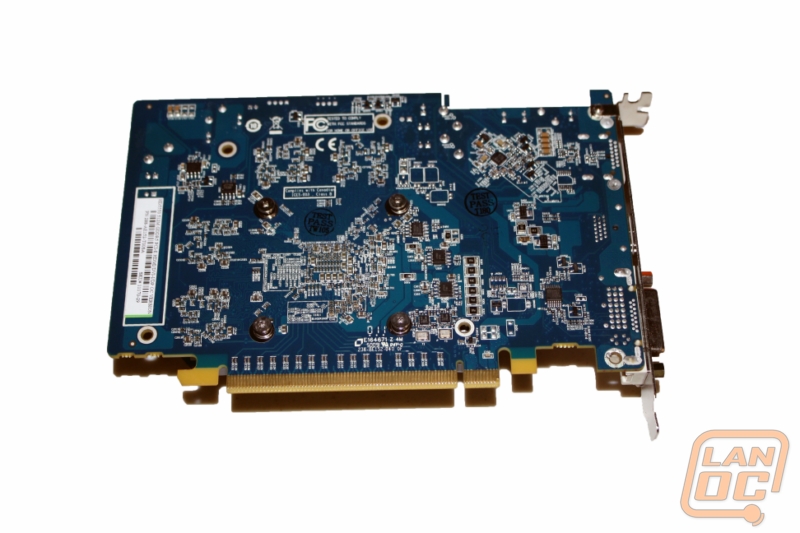 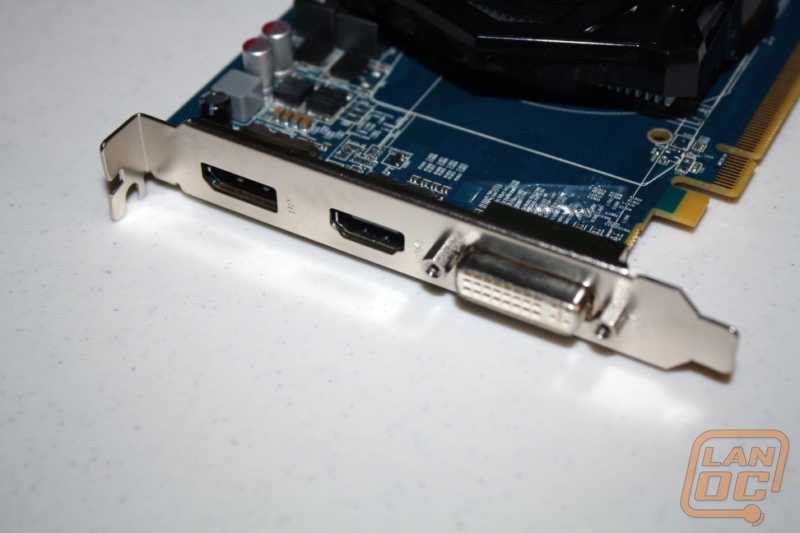 After dropping Sapphire's HD5550 OC into our test rig I put it through our standard barrage of tests. We put the card to the test by running through our tests on both Battlefield Bad Company 2 and Modern Warfare 2. Of course we had to run it through 3DMark Vantage also. Here are our results. 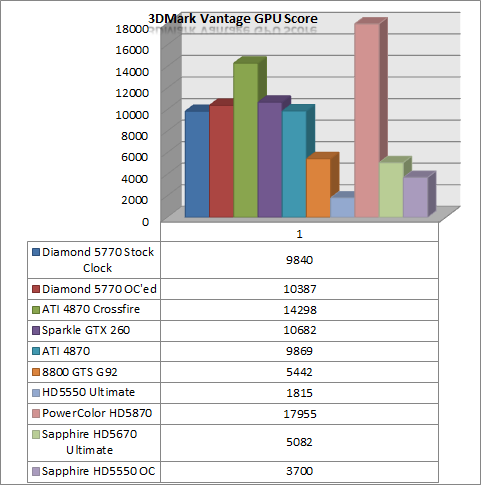 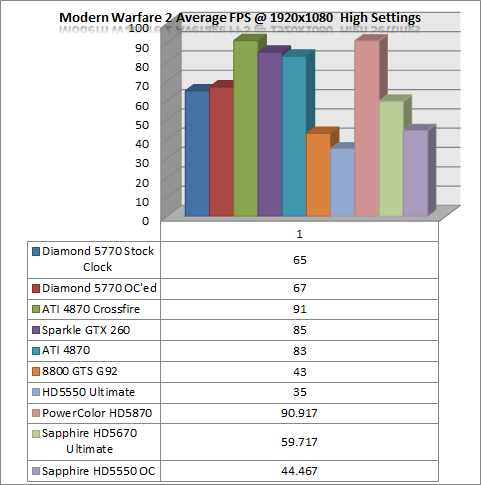 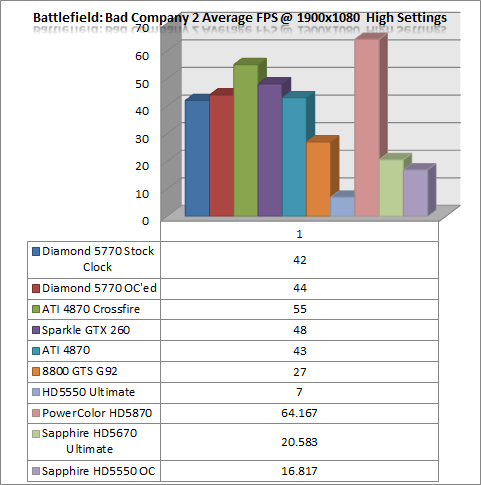 The overclock and faster ram gave a major bump in performance over the stock clocked HD5550 Ultimate that we tested before. The numbers aren’t up to what we saw on the HD5670, but impressive none the less! Where the Ultimate’s shined the most was their silent cooling with the large heatsink. This time around there is a fan, but to keep things cool and quiet Arctic Cooling designed the heatsink/fan. Because of this the HD5550 OC was still more than quiet enough to drop into a rig for someone who is worried about noise levels. Where this solution shines is when you need as much room as possible, the silent solution is much larger. 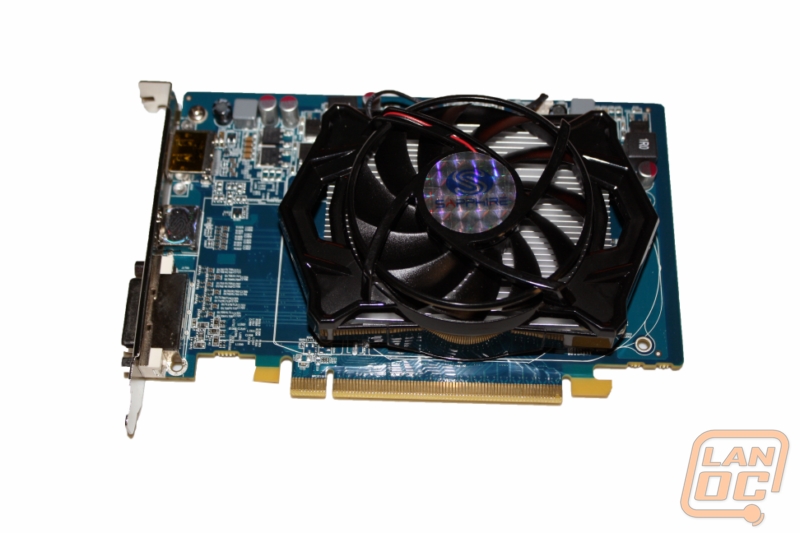 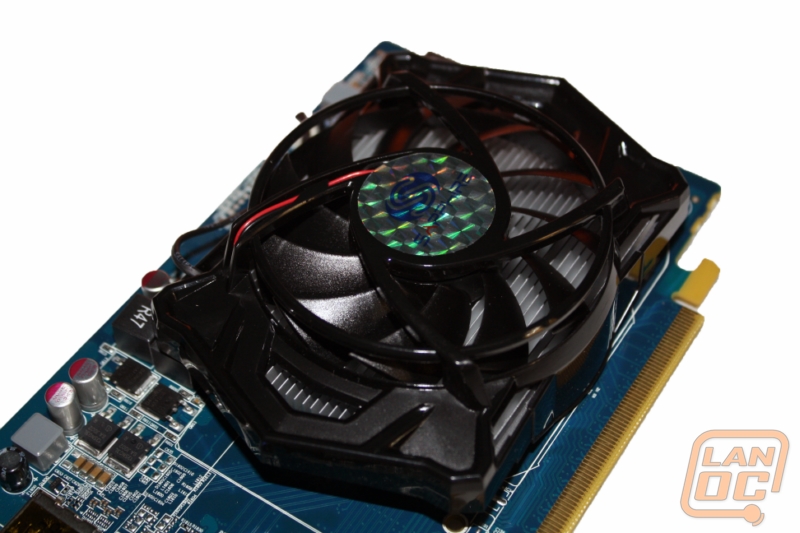 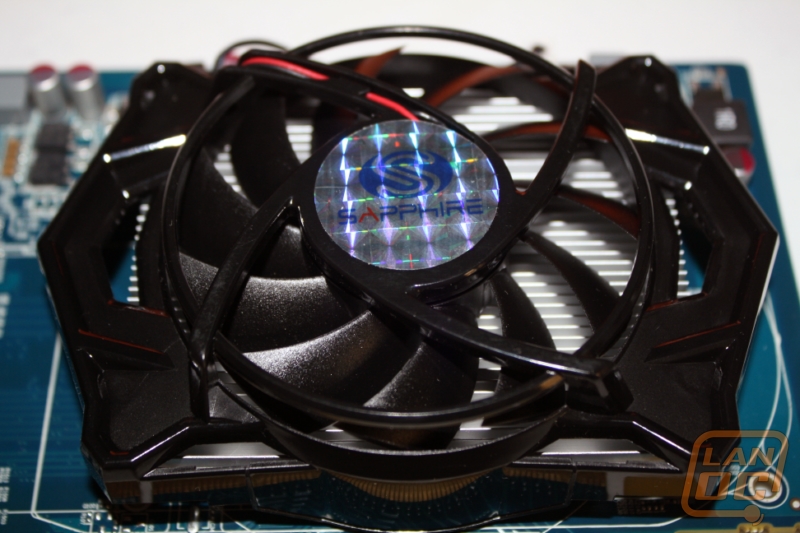 Having already taken a look at Sapphires HD5550 Ultimate I had an idea of what to expect but wasn’t sure how well the HD5550 would react to an overclock and the GDDR5 ram. After putting it to the test I was shocked at the performance compared to its silent brother. At under $100, Sapphire's HD5550 OC has both great performance and a noise level that although more than the silent Ultimate, is amazingly quiet. The lack of a need for a 6 pin PCI express plug means you can run this directly off the PCI Bus. Because of that, I would suggest this to anyone looking for betting game performance for a PC without a large powerful power supply. 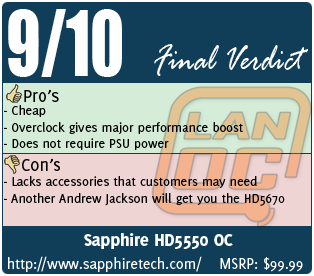 You might call him obsessed or just a hardcore geek. Wes's obsession with gaming hardware and gadgets isn't anything new, he could be found taking things apart even as a child. When not poking around in PC's he can be found playing League of Legends, Awesomenauts, or Civilization 5 or watching a wide variety of TV shows and Movies. A car guy at heart, the same things that draw him into tweaking cars apply when building good looking fast computers. If you are interested in writing for Wes here at LanOC you can reach out to him directly using our contact form.
Discuss this article
Log in to comment
Posts in discussion: Sapphire HD5550 OC

We have 1267 guests and no members online