No its not U2's newest album, but it is a new product from a brand we know and trust. Today I will be taking a look at the NotePal U2 notebook cooler from our friends over at Cooler Master. Lets find out how it compares to the countless other notebook coolers on the market, from past experiences with their notebook coolers we know not to expect anything but the best. 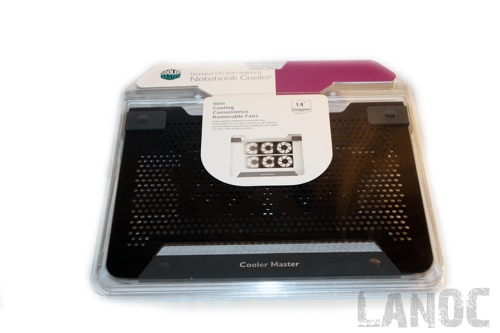 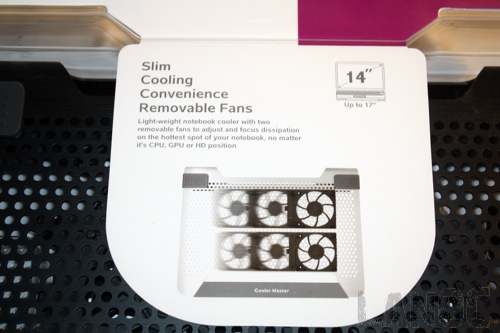 Cooler Master packaged the Notepal U2 into a clear package with their white purple combo giving it a distinguished Cooler Master look. The clear packaging gives you full view of the entire notebook cooler. On the front they have a nice picture showing how you can remove the fans or move them to any specific spot giving you focused cooling. On the back there is a list of features, specifications, and a diagram showing you how to use the Notepal U2 to protect your notebook during transportation. Everything you need and nothing you don't need, what more can you ask for. 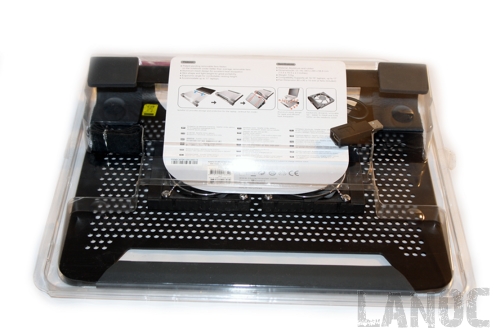 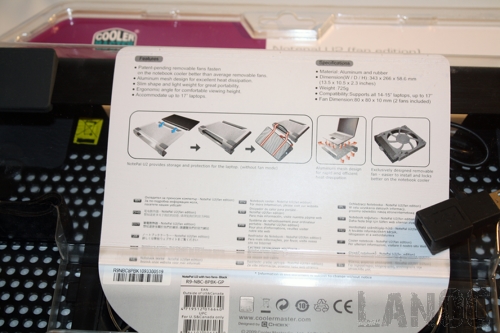 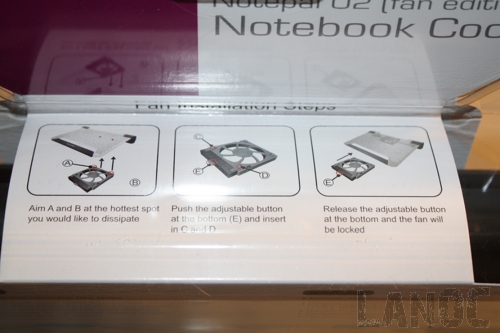 There isn't much to talk about here, the U2 is powered by a pass-through USB plug so that you dont loose any of your all important USB plugs on your notebook. If you want to get more in-depth you can adjust the placement of the fans so they blow into access holes on your notebook. To do that you press the release button on the bottom of the fans to release them, relocate them, and push the release button to lock them back in place. 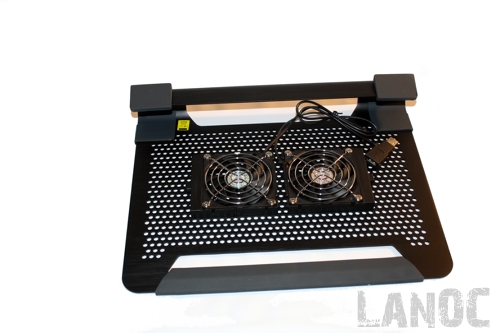 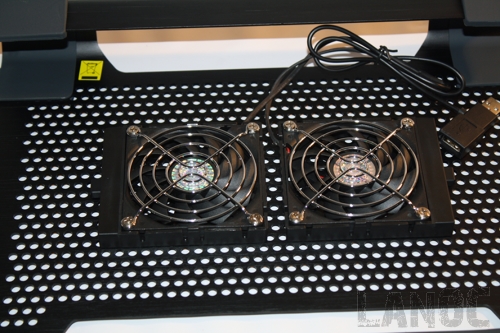 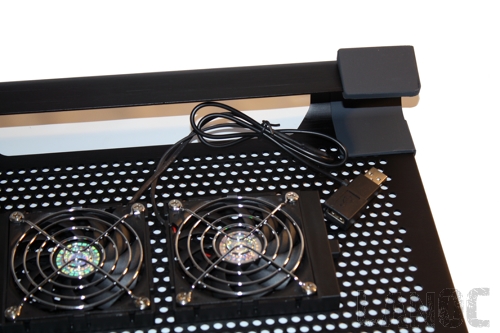 We have tested countless notebook coolers in the past and one thing has been consistent, they are never consistent. The reason for that is the fans don't always line up where they are needed for that specific notebook. Cooler Master addressed that issue with the NotePal U2 giving you adjustable fans. Designed for 14 to 17 inch laptops, testing with my netbook was out so I dug out my 14 inch gateway. Running a few tests while adjusting the placement my results are about what I expected, with the fans in the best spots I saw improvements of over 6 degrees under load on the CPU. Of course without adjustment I wouldn't have seen those improvements. Where I found the greatest improvement was even after running the laptop for hours at full load the bottom was cool to the touch, no worries about picking it up after a night of work or gaming and getting burnt when kicking back on the couch. 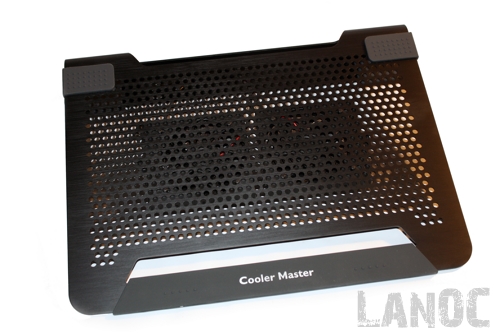 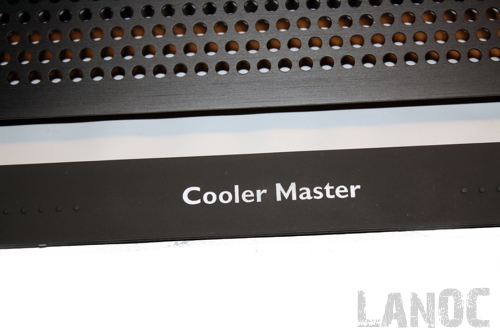 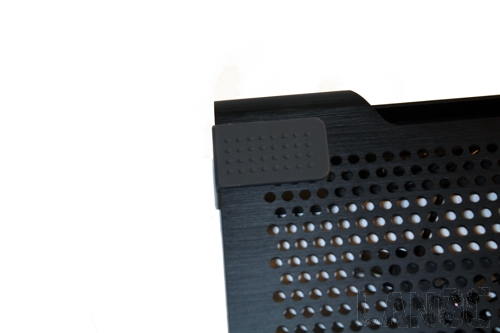 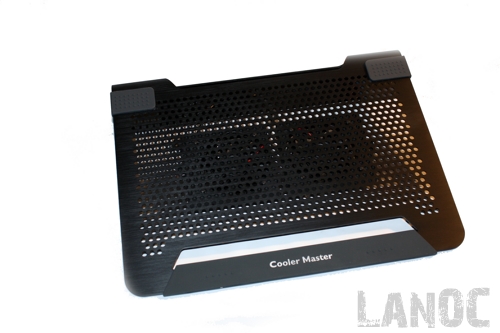 On top of the U2's cooling performance I enjoyed the simplicity of the U2. The rubber feet kept it in place through everything I could put it through, I'm sure it would hold up during even the most intense gaming sessions. When transporting your notebook Cooler Master designed the U2 so you can slide your notebook under it to keep it protected. This turned out to be a great way of taking your cooler with you, normally a full sized cooler is way to large to take to most places. To keep the notebook secure they included an black elastic strap, also of note is the "designed by Choiix" tag. 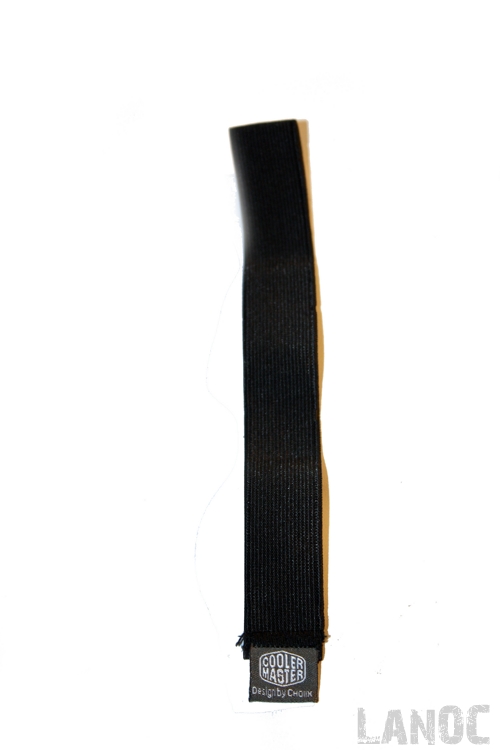 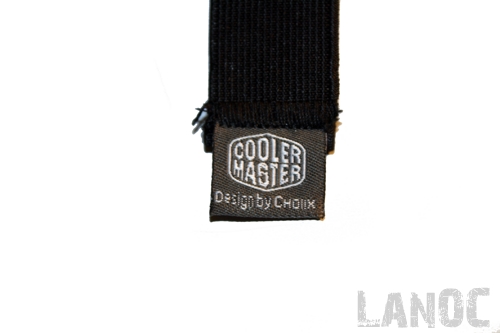 Cooler Master has introduced countless notebook coolers over the past year and its obvious all of their work is paying off. Almost every company sells a few notebook cooler, but most of them have little or no adjustment with their fans. The Notepal U2 has free range of adjustment with its fans and an easy release button on each fan making it simple for anyone to adjust them as needed. They also made it easy to pack up the NotePal U2 to take with you while protecting it. My favorite part of the U2 was its simple machined styling, no flashy lights or gimmicky styling here. 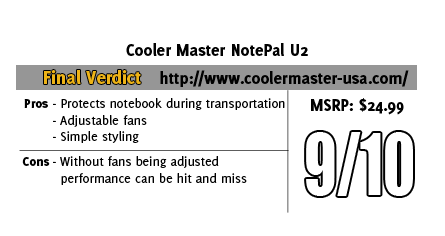 You might call him obsessed or just a hardcore geek. Wes's obsession with gaming hardware and gadgets isn't anything new, he could be found taking things apart even as a child. When not poking around in PC's he can be found playing League of Legends, Awesomenauts, or Civilization 5 or watching a wide variety of TV shows and Movies. A car guy at heart, the same things that draw him into tweaking cars apply when building good looking fast computers. If you are interested in writing for Wes here at LanOC you can reach out to him directly using our contact form.
Discuss this article
Log in to comment
Posts in discussion: Cooler Master NotePal U2

We have 1156 guests and no members online