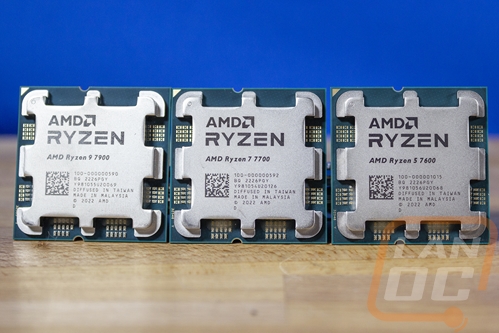 At CES this year AMD announced a few things in their CPU lineup including their upcoming 7000 series 3D CPUs and they also introduced three new non-X CPUs for their previously launched 7000 series of CPUs. The CPUs are the Ryzen 9 7900, the Ryzen 7 7700, and the Ryzen 5 7600. All three share a lot including core and thread counts to their similarly named X brothers but all three have lowered TDP wattages down to 65 watts which is to offer options for people not looking for something as extreme as the initially launched CPUs and for small form factor builds which are a lot more limited in cooling. If you have been around here in the past I love small form factor builds, especially builds focused on LAN use and this was an exciting announcement on that front. I’m a little late to the party on testing them but just received all three CPUs and today we are going to check them out and see how they compare so let’s dive in! 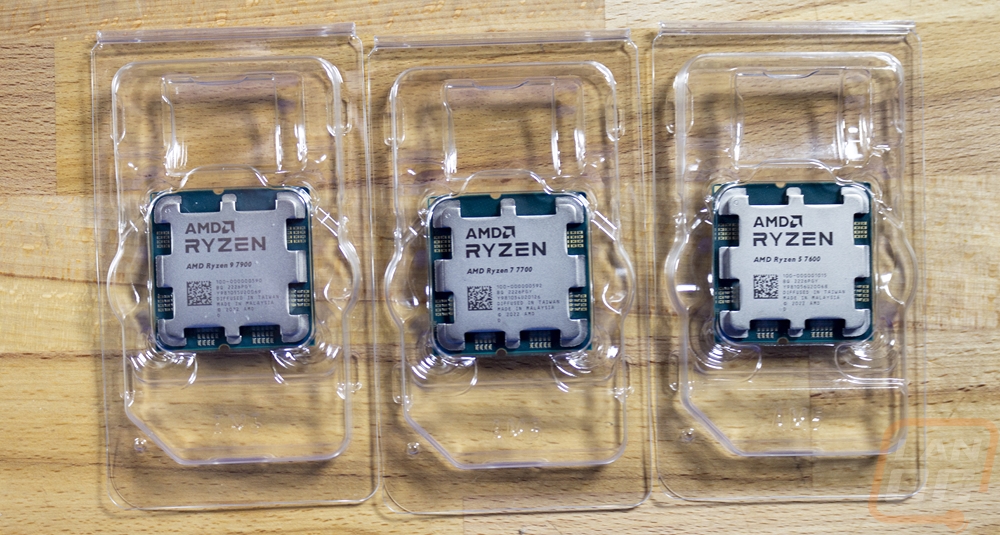 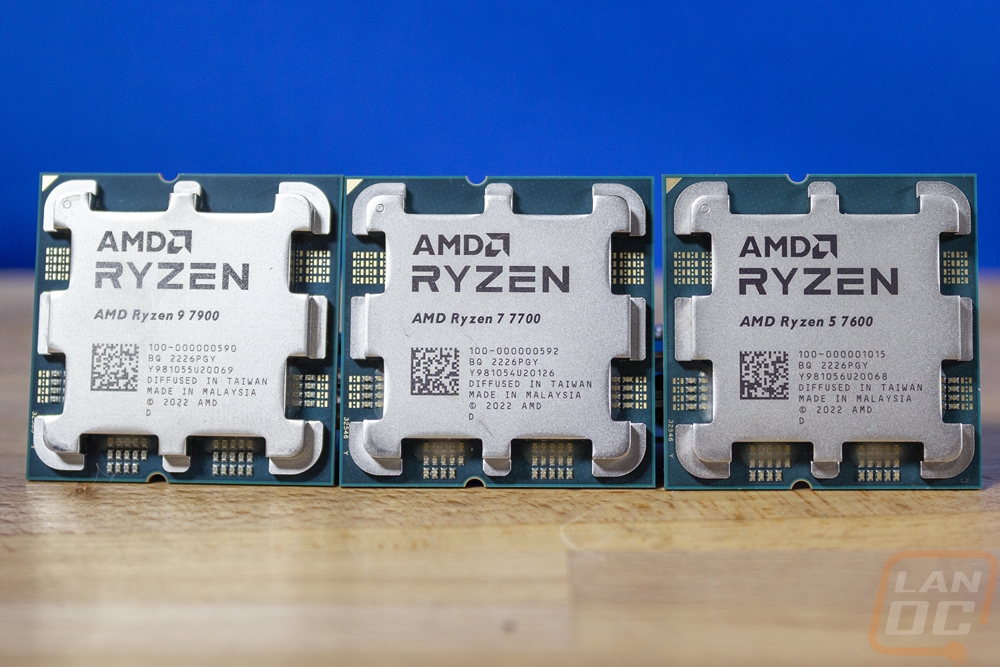 We have 1644 guests and no members online