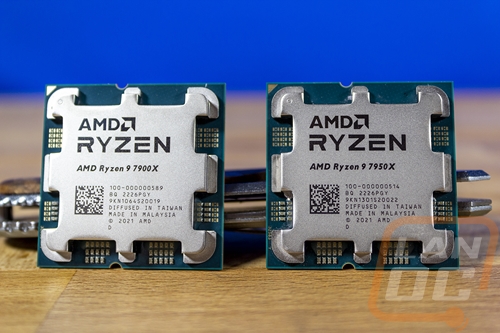 I went over both the Ryzen 9 7900X and the 7950X in our launch day review but for those that missed that both of these CPUs sit in a higher class compared to the Ryzen 7 7700X and Ryzen 5 7600X that I previously took a look at. The two lower-end CPUs have half the L3 cache and have TDPs that are 65 watts less. The Ryzen 9 CPUs also have a much higher max socket power with both at 230 watts vs 105 watts for the other two. They have the same die size, ECC support, and max memory speed, however. They also have a similar clock speed configuration when it comes to base clocks. The 7950X has a lower base clock speed of 4.5 GHz just like the 7700X and the 7900X has a little higher clock speed. As for CPU cores, the 7950X doubles up the core count of the 7700X with it having 16 cores and 32 threads and the 7900X does the same for the 7600X with its 12 cores and 24 threads.

Before testing, I did double-check things with CPU-Z which for the 7950X does have it running at 5.7 GHz and 5.6 GHz for the 7900X. Our testing is done with the memory overclocked to 6000 MHz for the sweet spot and like with all of our CPU tests cooling is a standard 240mm Corsair AIO cooler. 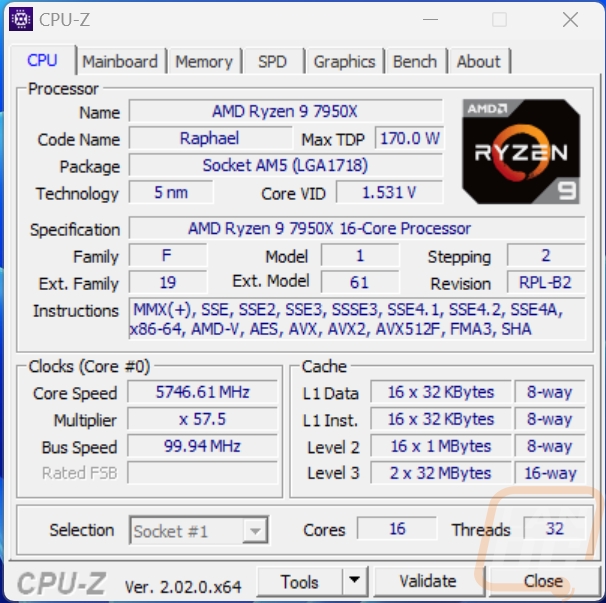 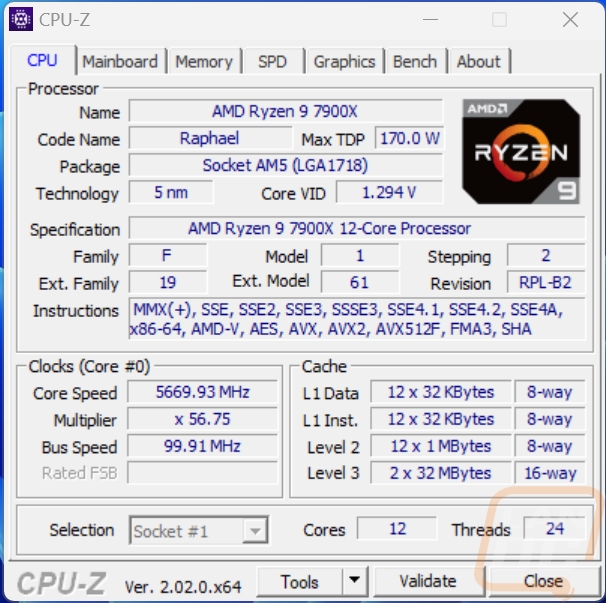 I was surprised when the two Ryzen 9 CPUs came in that their packaging was different from the two other 7000 Series CPUs. Both of these come in a larger box. The front of the box still has the same grey and orange theme with the window in the center so you can see the CPU. Looking inside of the box AMD just filled the extra space with the foam they didn’t include a cooler given that they recommend a 240mm or larger AIO for cooling but I thought maybe that space had some sway or something space for picking up their new high-end CPUs. I don’t think having larger boxes just to add more waste and take up more space in shipping was necessary. 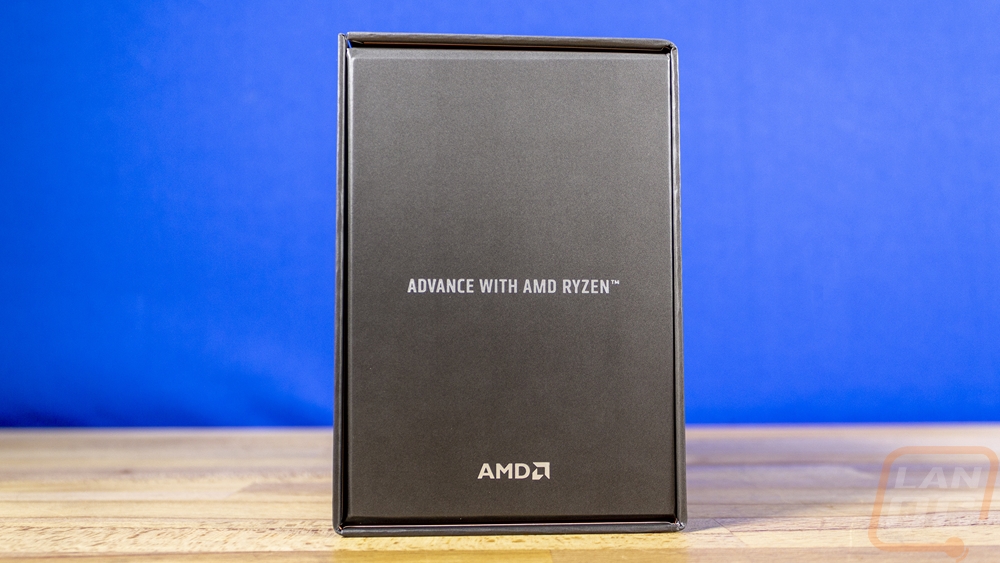 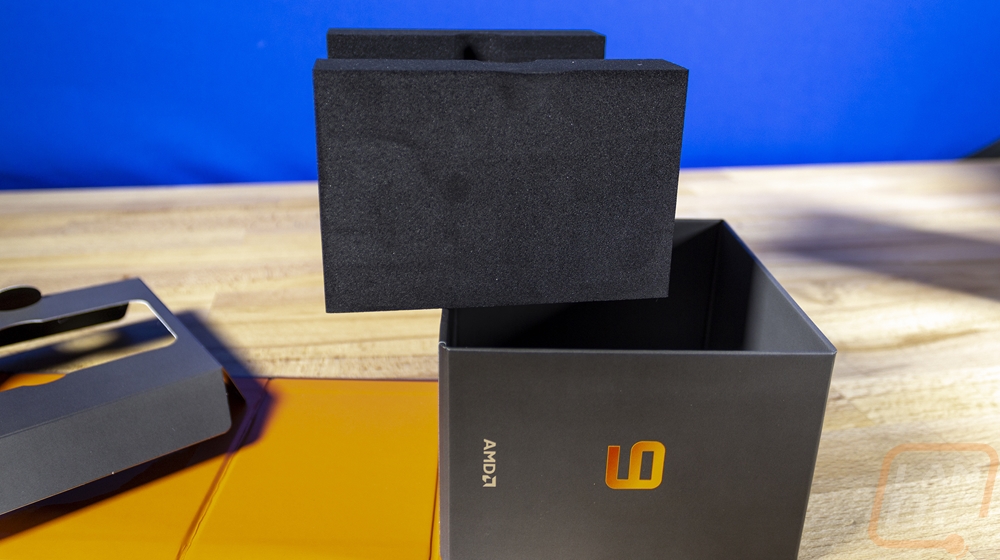 Inside along with the foam, the CPU comes in the same clamshell tray along with a warranty and legal info paper. You do get the small Ryzen 9 case sticker as well.

As for the CPUs, if you didn’t see our previous review. The new Zen 4 CPUs with the new AM5 socket have dropped the pins on the CPU for an LGA socket design with contact pads on the CPU. The new CPUs also have a cool X-shaped heatspreader that stands out as well, especially with the Ryzen branding etched on them. 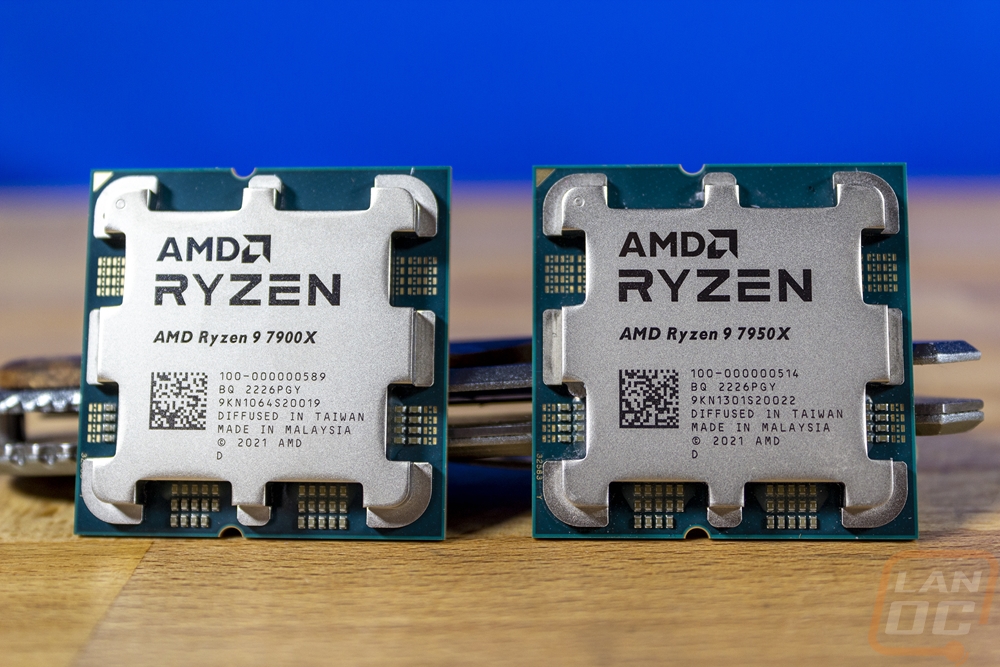