With both AMD and Intel, the stock coolers that they bundle with their CPUs seem like they have been the same forever. There have been changes in the Intel cooler over the years but AMD has stuck with it, mostly because their mounting system has been consistent forever. Well this year at CES AMD announced changes in theirs. They brought their new Wraith cooler to CES and were showing off the performance. Well last week they sent out their new cooler along with the AMD FX 8370 CPU. We have tested the FX 8370 before but it does give me a chance to see how the new cooler performs. So today I’m going to test the new coolers cooling and noise performance as well as the old AMD cooler to see how they compare.

In addition to changing the Cooler, the packaging for the FX-8370 with the Wraith Cooler is changed up as well. The old design was a little brighter with a large rendering of a CPU on the front with the AMD FX Unlocked logo on it. The new packaging is mostly blacked out with the Wraith Cooler just barely showing in the darkness across the front and top. The CPU model name is highlighted with an orange section on the front and top along with its 8-core count, and 4.3 GHz Max clock speed. The dark photo of the Wraith Cooler does highlight the glowing AMD logo in addition to the logo being down in the bottom right corner. Back along the top back edge is a sticker seal to show that the box hasn’t been opened up that has your serial number, UPC, model name, and a hologram for authenticity. 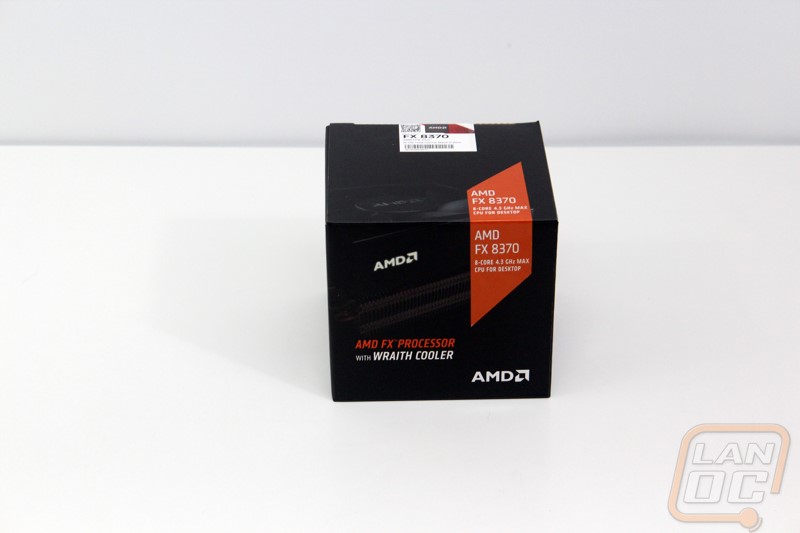 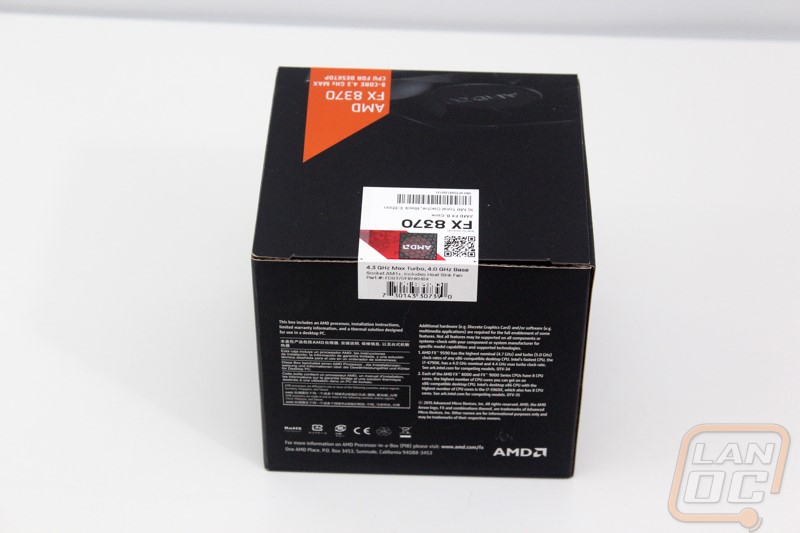 Over on the left side of the box there is a window that shows the CPU in the packaging. For those looking to see a bin number or anything like that this gets you access. They also talk a little about how you can play today’s most popular game titles with an AMD FX CPU. 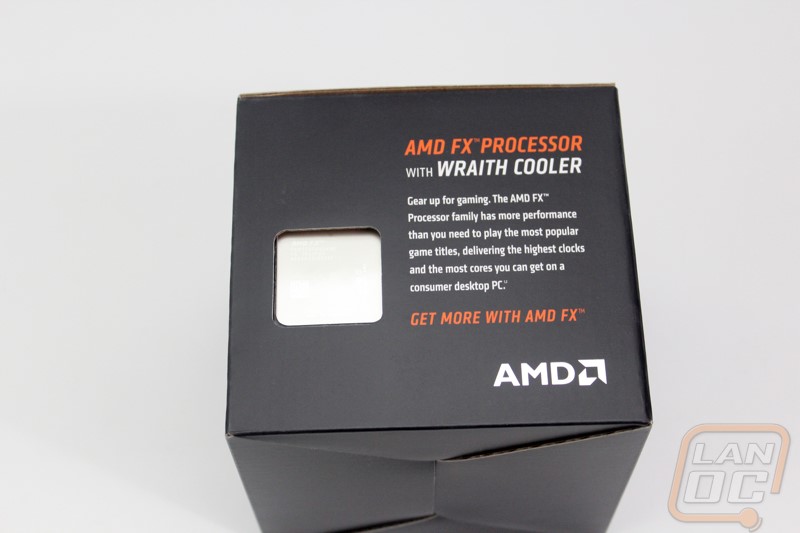 Inside the box you will find even more boxes. The Wraith Cooler is in a box with a small round window up top that shows the AMD logo on the center of the fan. Inside it has formed plastic keeping it from moving around and in the case of the bottom piece it also helps keep the thermal paste from touching anything. The CPU comes in the standard black box with a plastic CPU clamshell inside like every other AMD CPU. They also slipped in a small AMD FX case sticker as well. 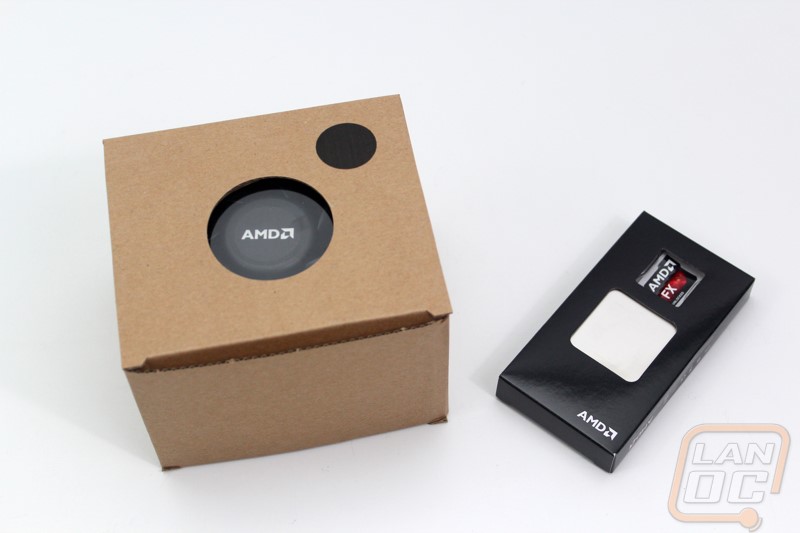