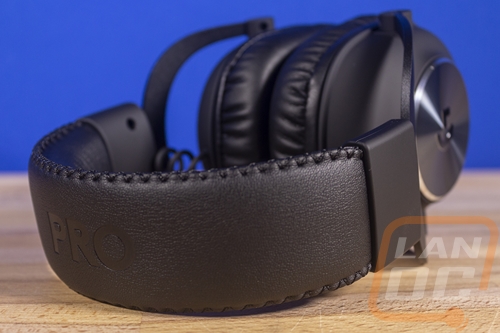 So the Pro X Headset is the only one of the two that uses the software, the non-X model doesn’t come with the DAC that you control with the software. That said the software isn’t anything different than what Logitech uses for all of their gaming products. G hub which was introduced last year ties all of your Logitech products all into one program, picking up whatever you have installed and showing it on the main page. From there you can click on any of them and dive into the options. 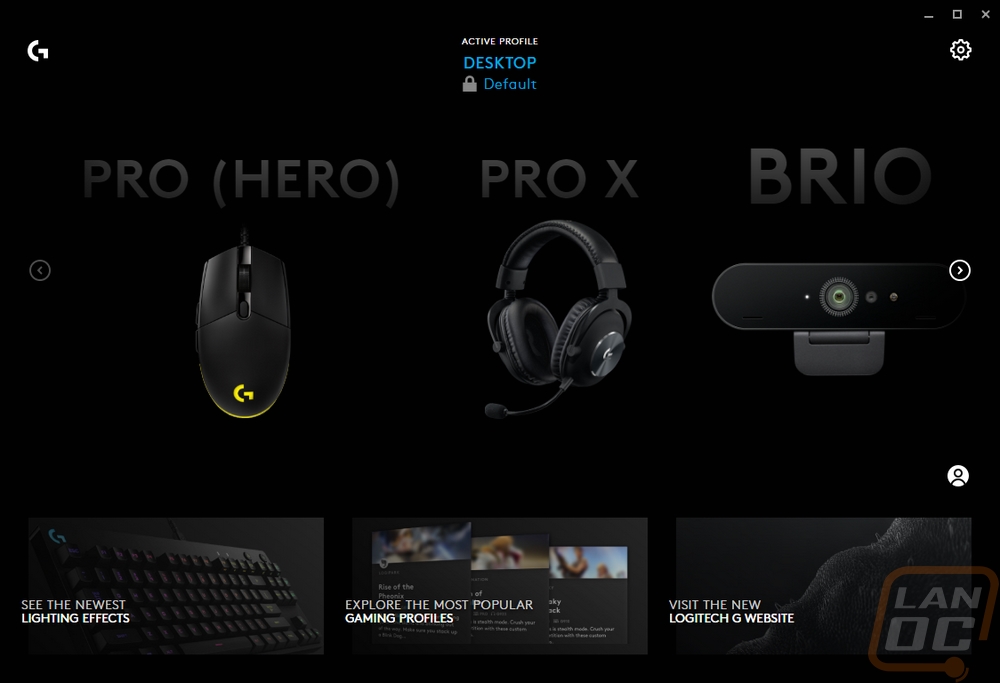 The Pro X only has three tabs in total on the left which is because it doesn’t have any fancy lighting to control. The first tab is the microphone tab and this is where you get to dive into all of the Blue Voice options. The Blue brand is most likely going to bring to mind their Yeti microphone. So when you get into things without turning Blue Voice on you just have a simple microphone input gain dial and an option to record yourself and listen to it back, I think an option to just listen to yourself live might be better though. Once you select Blue Voice everything comes to life and you now have a master output level slider and lists of presets on the left. Then on the right, you have a simple 3 bar EQ and six different sliders options. You will notice most of these aren’t designed to distort or change your voice, they are classic tuning options that you would normally get on a mixer to do things like adding a compressor and limiter to keep from blasting your friends or streams ears when you yell. 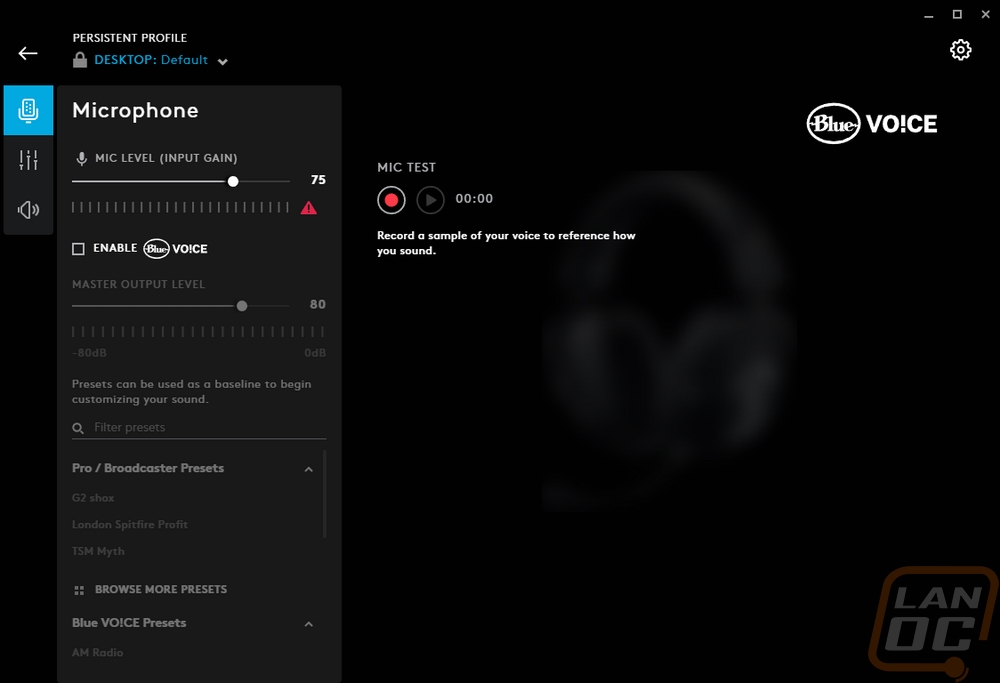 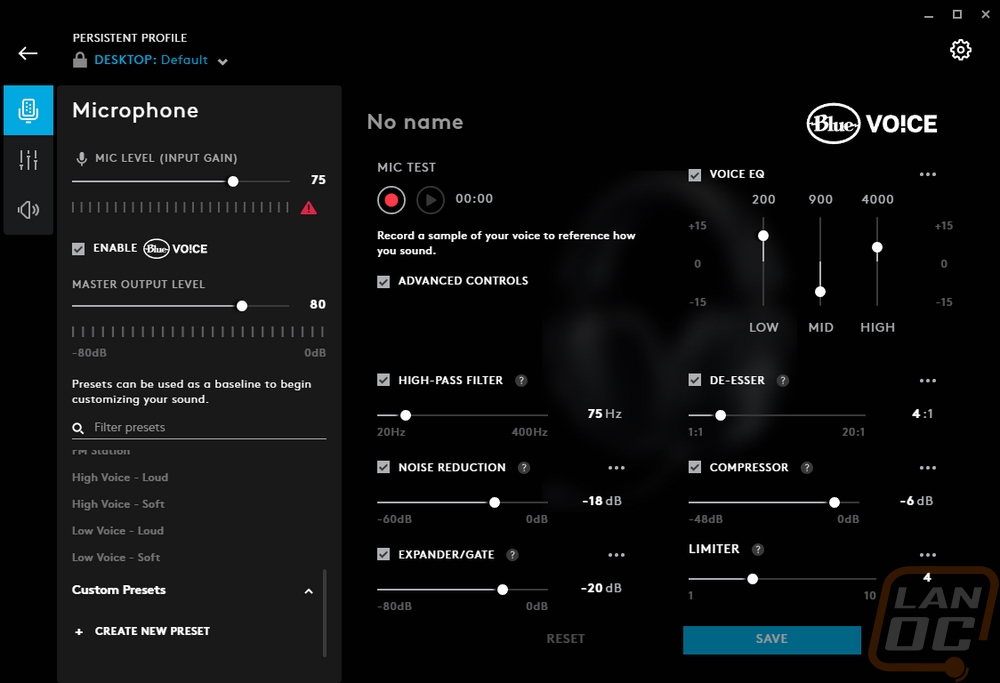 I almost missed it at first, but if you look next to most of the Blue Voice options there is a triple dot button which opens up a new page specific to that function opening up LOTs of other options. Logitech and Blue didn’t hold back when it comes to options. My only problem was taking in everything and frankly, it is going to take a LOT more testing to really get it all figured out. 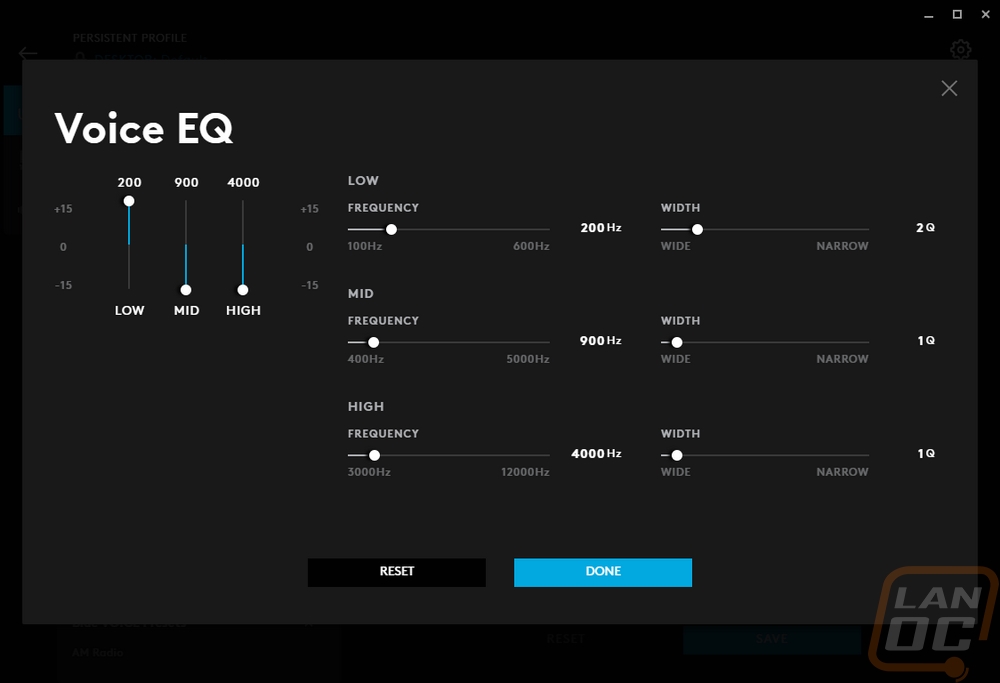 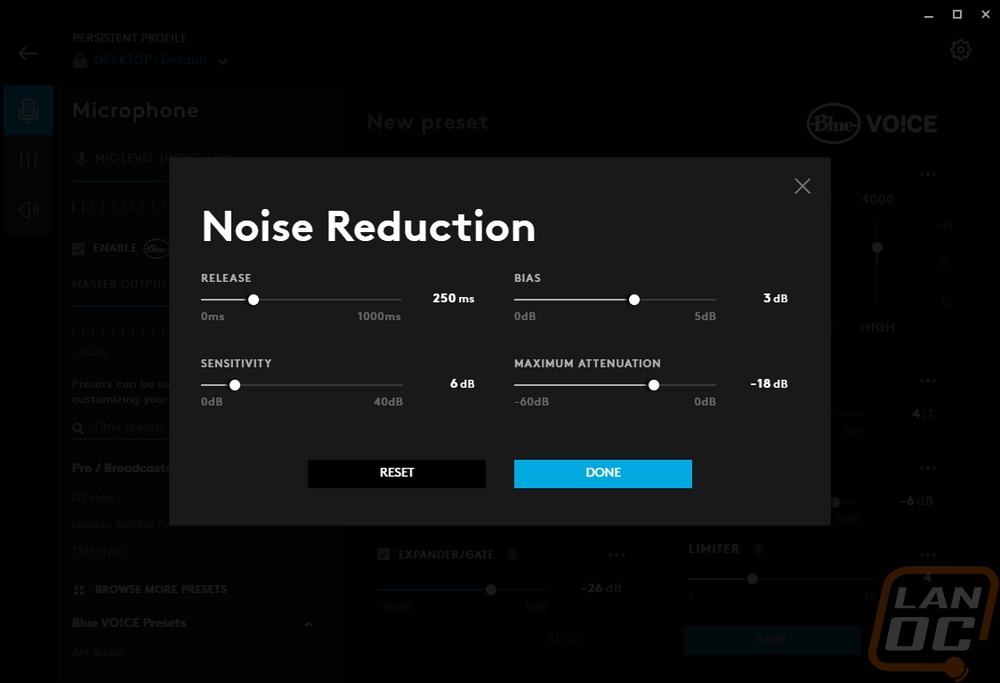 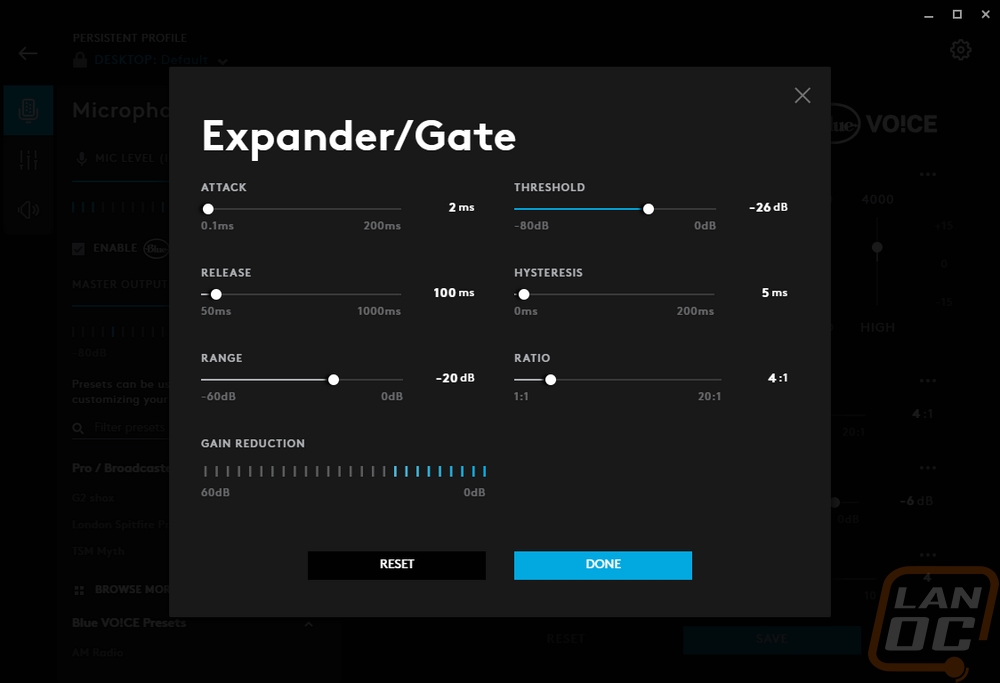 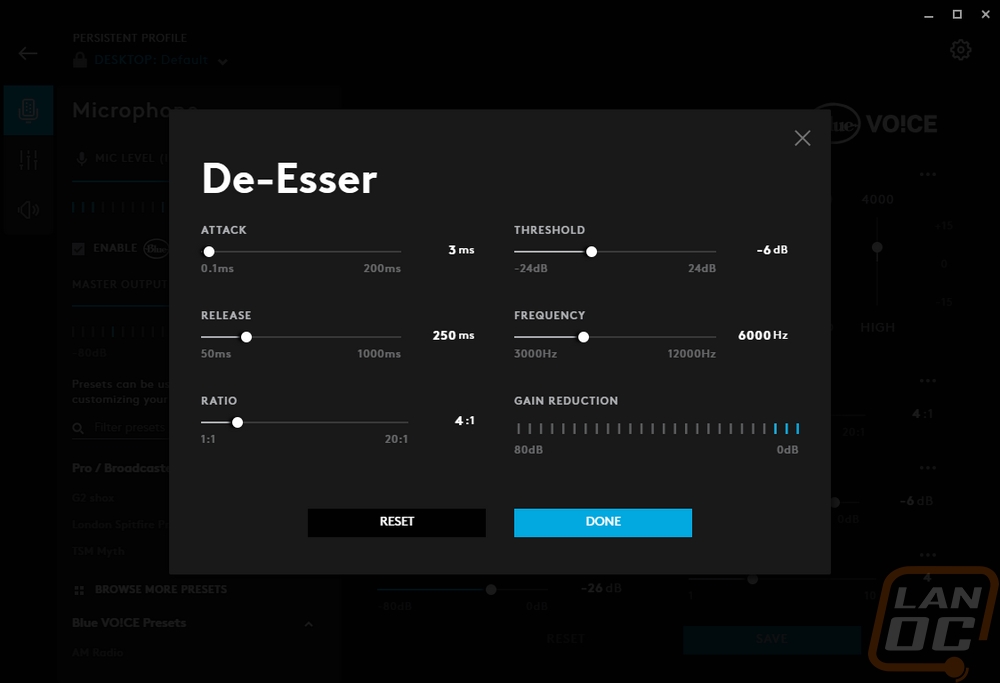 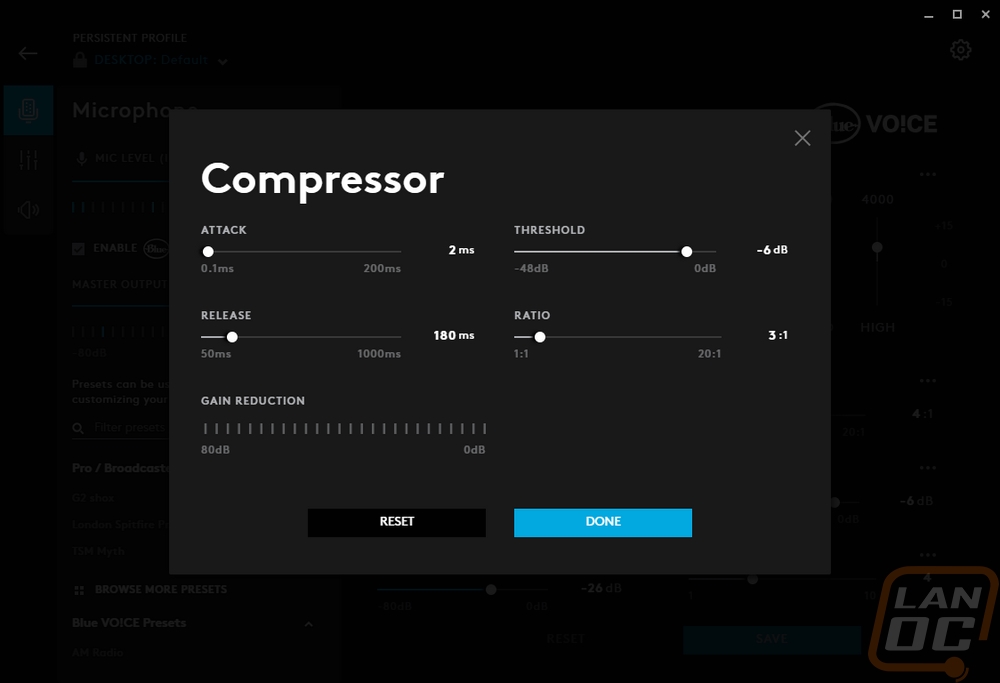 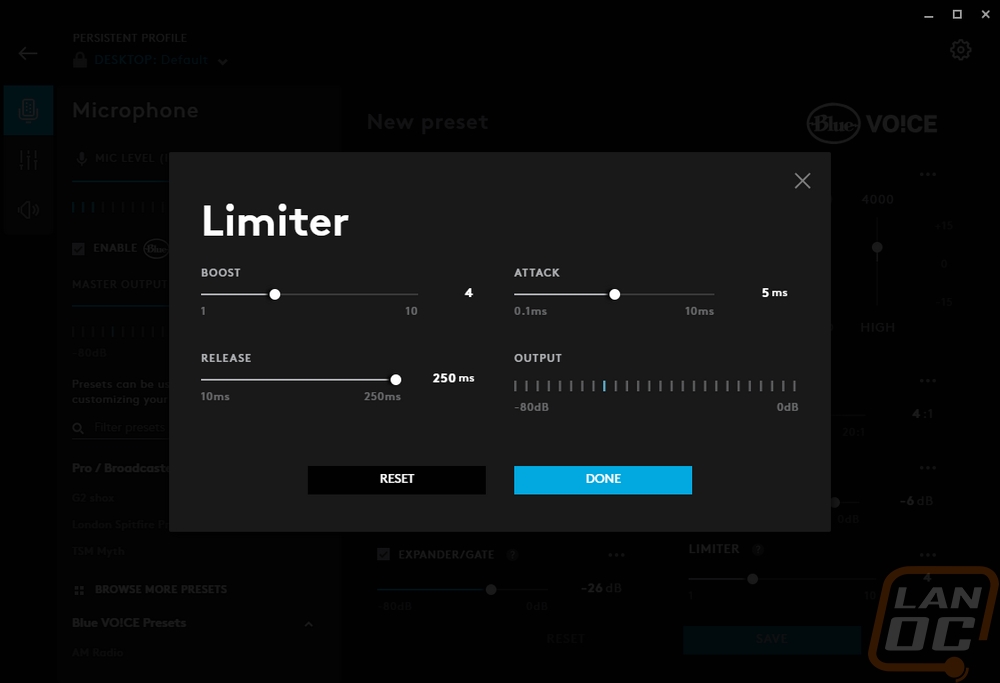 The DAC doesn’t just focus on microphone options. The second tab on the left is the equalizer. Now it isn’t a wide range of EQs, you just have five here. What is interesting, however, like on the microphone, are all of the custom options already on the left. They start you off with presets from some of the pros and then a few default options for different game types. The idea of pro EQ settings sounded like marketing fluff to me when Logitech spoke with me about it and to a point it is. But this does have the potential to have tunes specific to different games that help bring out important noises like footsteps in an FPS and as Logitech pointed out to me, better bringing out spell sounds in league of legends as well. Now do the pro’s do that or do they set just whatever sounds good, it will depend on the pro. This is where the coolest feature is for me. You can upload or download different tunes. So you can search for your favorite pro or look at custom options made by other users. I downloaded one uploaded by a friend which I really liked and uploaded my own with a few changes. You download it right in the software and can heart EQs you like as well on both the headphone and microphone sides. 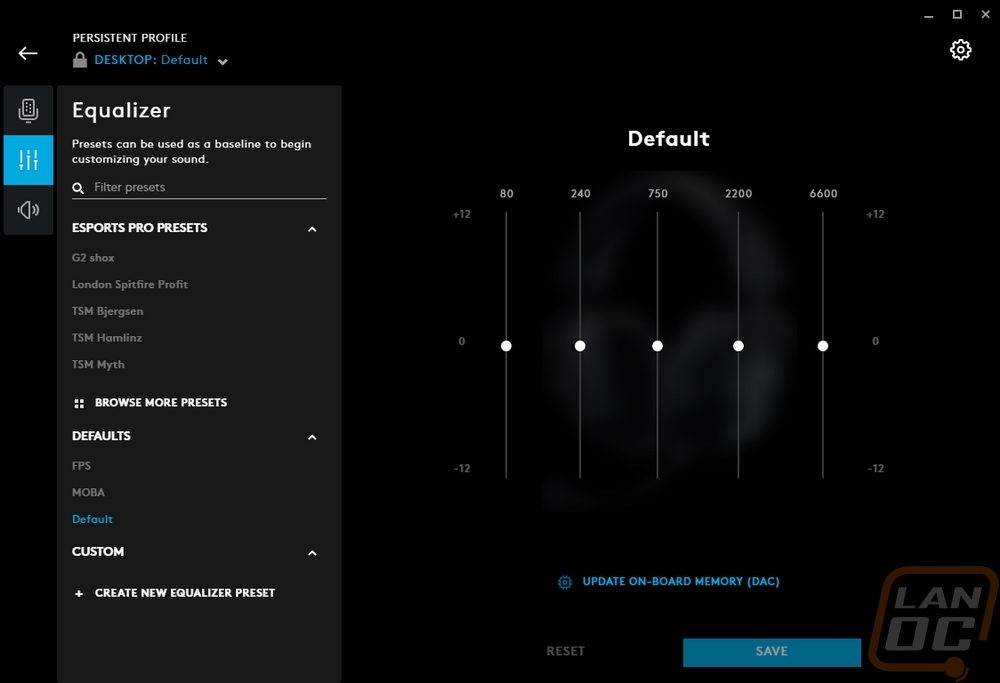 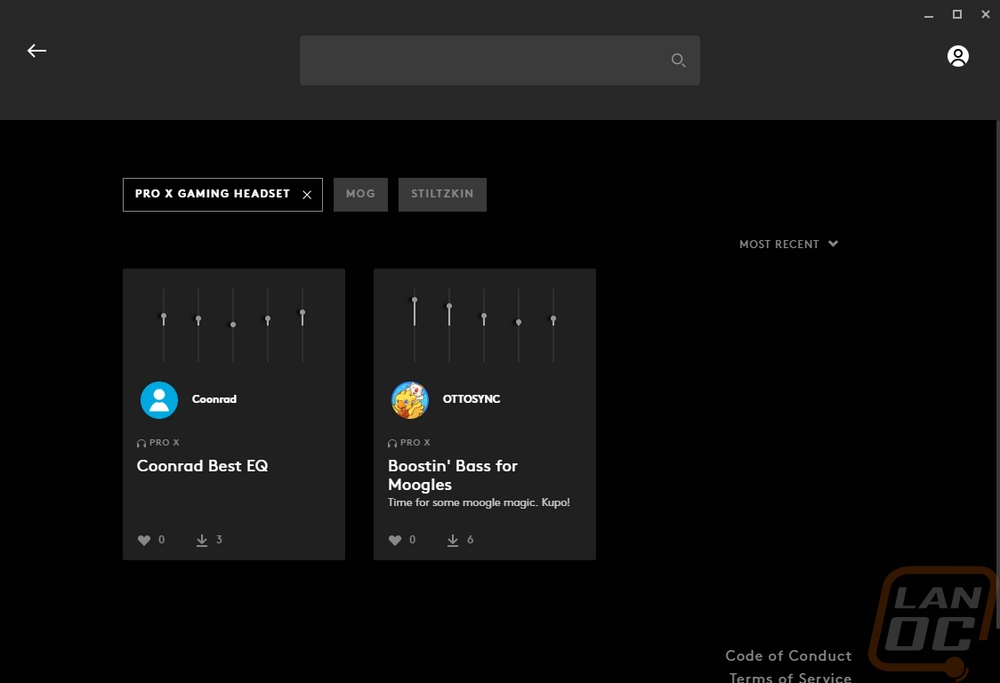 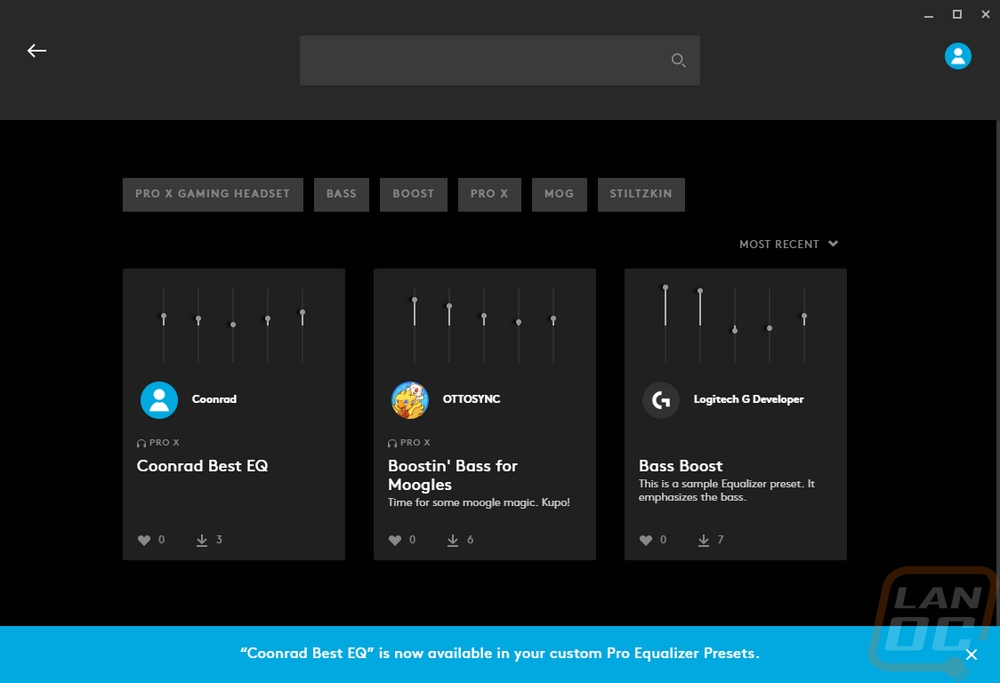 The last page is titled the Acoustics page which initially didn’t make much sense to me. You can control the volume level of the headphones and the microphone here. There is a sidetone option as well if you want to pipe some outside noise in so you can hear around you or to listen for kids, deliveries, or spooky ghosts. You can cut out some background noise as well with an option. Then there is the surround sound option. When you turn this on the acoustics title makes sense and it opens up a much of speakers on the right. You can tune and tweak the volume levels. They let you name the setting as well or turn on DTS Stereo Mode. Personally, though, I don’t care much for surround, especially software surround,  so I kept it off for most of my testing. 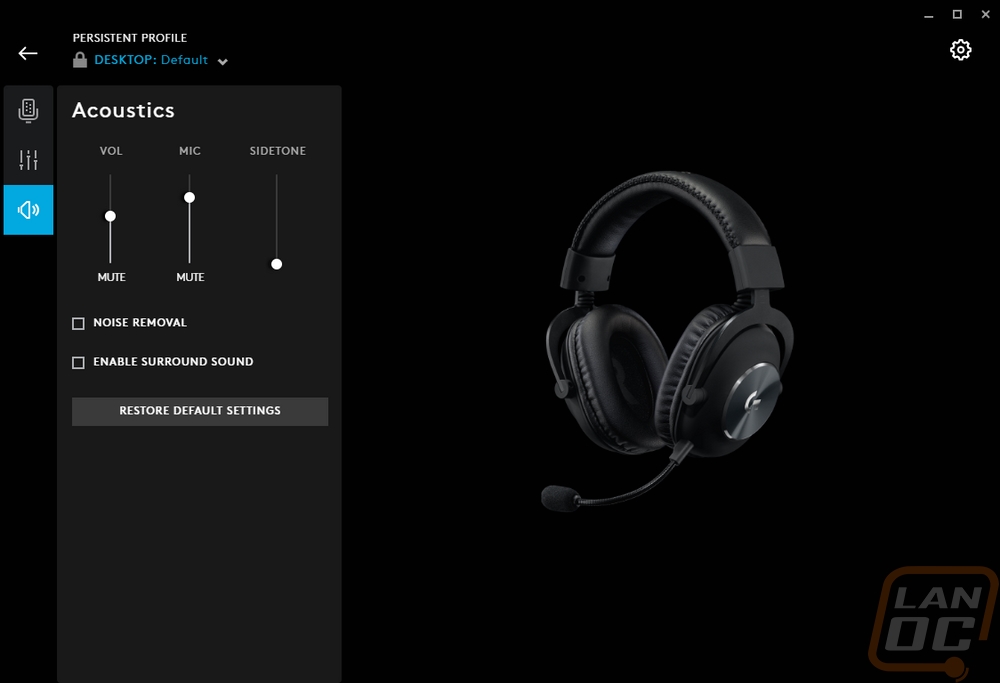 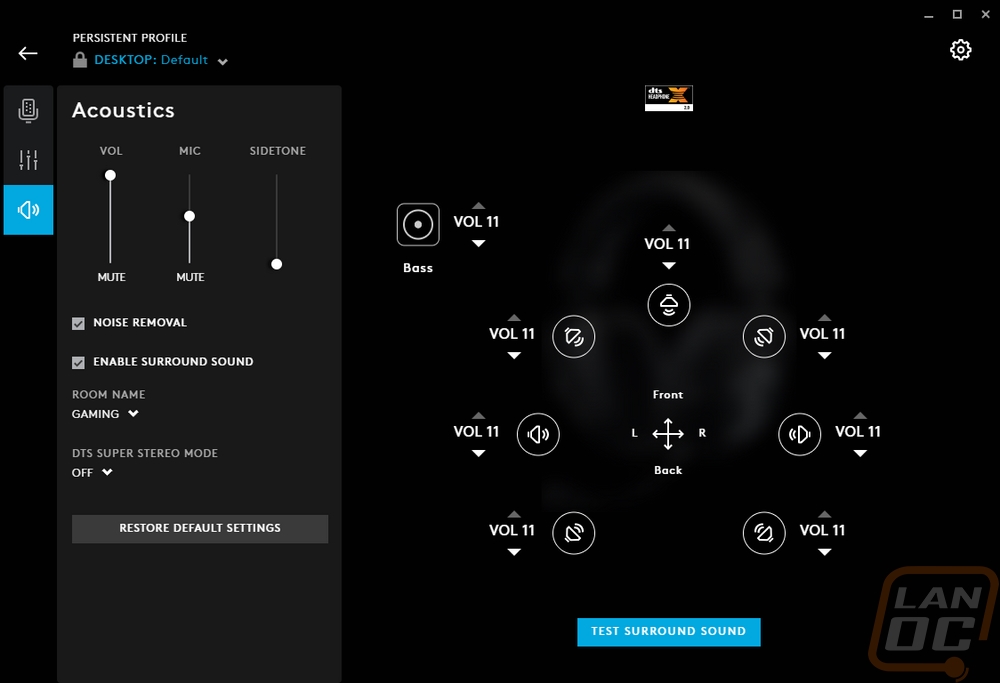 We have 1351 guests and one member online