Of course, when we aren’t also taking into account big driver updates the performance results between manufacturers with the same GPUs normally just depend on clock speeds and power settings. So the main thing to check out when looking for a card are the things card manufacturers can control, like cooling performance, noise, and power to a lesser degree. So this section focuses on all of those aspects. To start things off I tested the XFX RX 480’s power consumption using our standard test bench while running Valley Benchmark. This gives us a look at an average in game power draw. I use a Kill-A-Watt and document the highest wattage pulled for the entire system. Surprisingly, the XFX came in almost a dead tie with the power hungry Sapphire card. They have obviously tweaked the voltages to help with the performance, causing more power draw than your average RX 480. In fact, they pulled a little more than 40 watts more than the reference card. The new drivers could have something to do with this as well, I will have to do a little more testing to make sure. 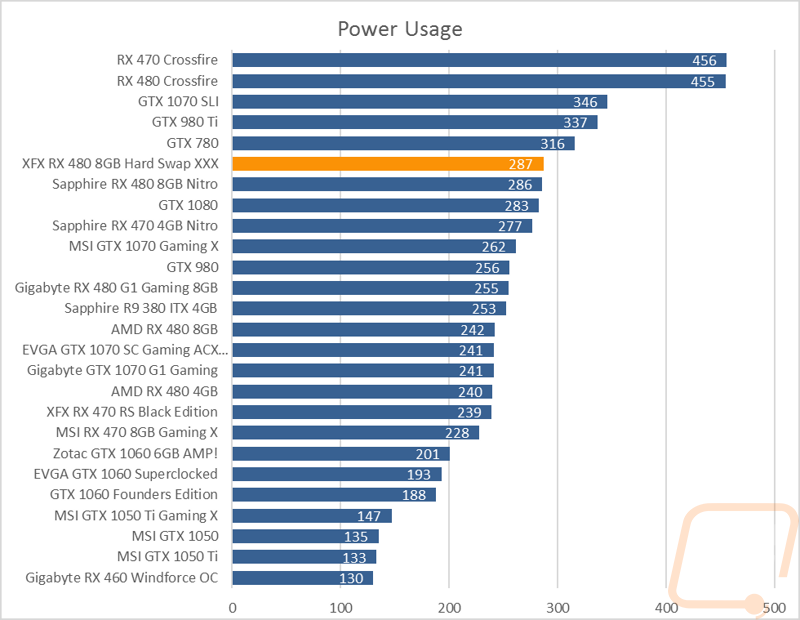 For noise testing, I test with our decibel meter a foot away from our testbench. It is an open testbench, so this isn’t what you will expect for numbers in a normal case sitting next to your desk, but the numbers do help me compare from card to card. The XFX with the fans turned up ended up in the middle of the pack with cards like the reference cards up at the top. That said I was a little surprised because in my testing I did find this card to be noisier than most. It ended up being because when just in game the fans would spin up to 80% of their fan speed where most cards would normally be down in the 50% or less range in basic games. 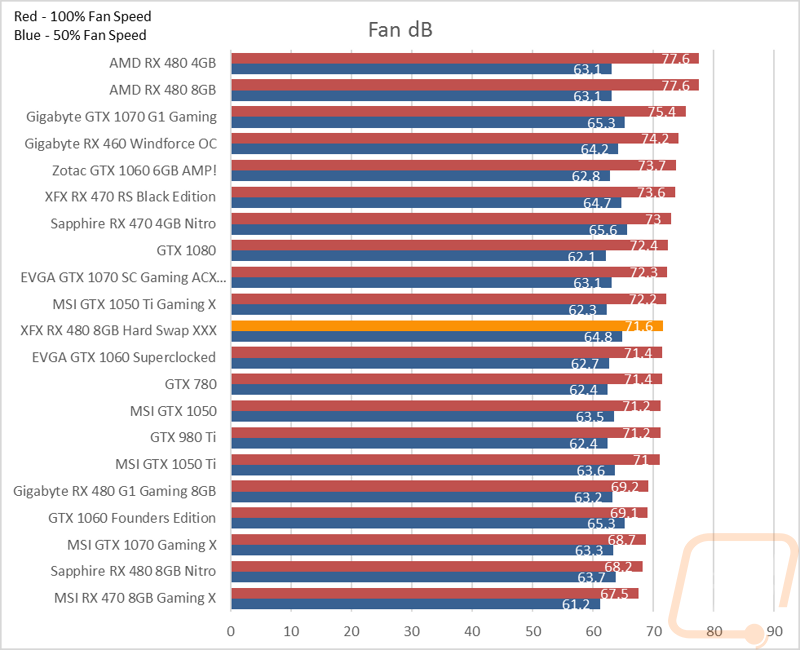 My last set of tests were to take a look at the overall cooling performance of the card. To test this I run Valley Benchmark again and note the highest temperature reached when looped. I do this once with the stock fan settings to get a feel for what you will see out of the box. Then I test again with the fan turned all the way up to see what the cooler is capable if noise wasn’t an issue. The delta between the two gives us an idea of how much room is left in the cooler for overclocking. With stock fan settings the XFX 480 peaked at 77 degrees, just below the Gigabyte RX 480 and the reference cooler as well, not exactly impressive. Given the 80% fan speeds when testing I had a feeling there wasn’t much room left in the cooler and this was confirmed in the 100% fan speed test. It did drop in temperature 10 degrees, but this was right at the top of the charts, even above the reference 480. I don’t think the cooling performance of the card is bad, but I do think XFX has this thing tuned hot. The RX 470 with the same cooler didn’t do nearly as bad. 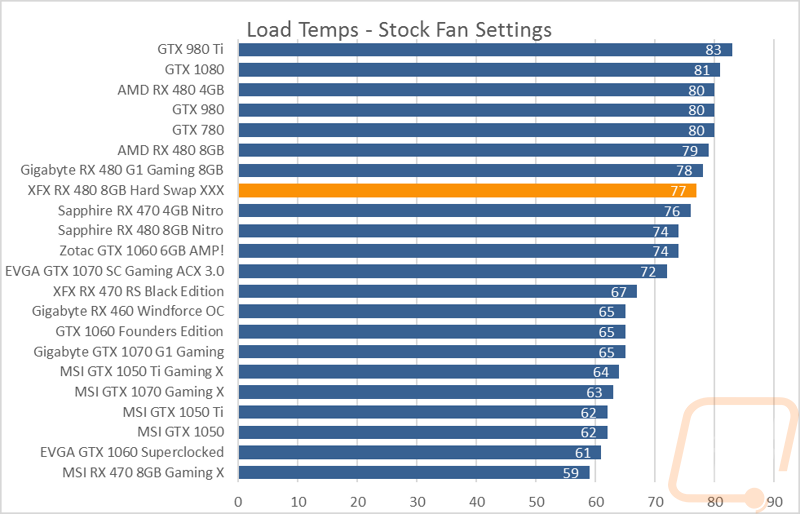 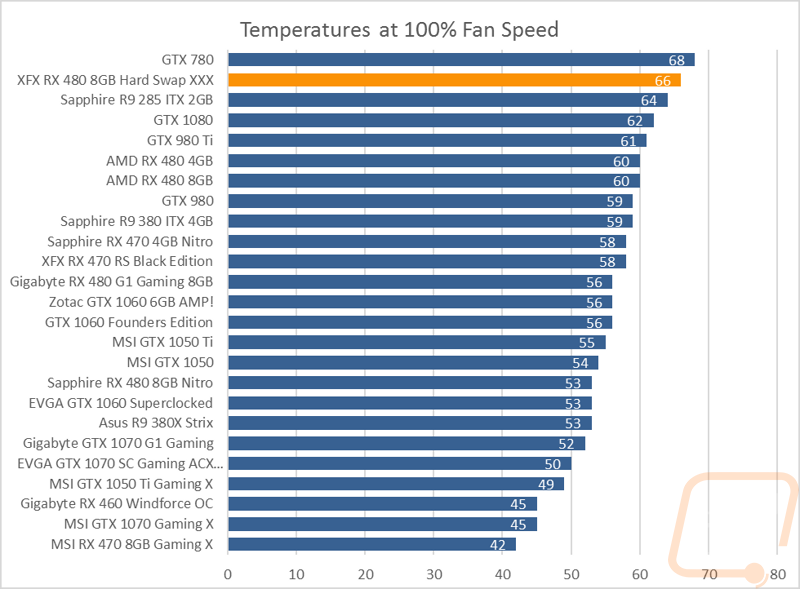 We have 1329 guests and one member online