Aesthetically, the RX 480 from XFX looks just like the RX 470 that I tested last August. It has a blacked out design that gives it a clean neutral look. This is mostly because of the black plastic fan shroud. Most of the shroud has a textured finish giving it a flat look, but there are a few fake intakes along the top and bottom that have a glossy finish. The cooler has two down blowing fans and like the RX 470 they can be swapped out quickly using the two clips on each fan. The hot-swappable fans will get another upcoming look, but remember this should improve RMA times and costs while also letting XFX provide LED replacement fans for those who don’t want the all black look. The stock fans have the XFX logo on the center stickers but are otherwise all black. 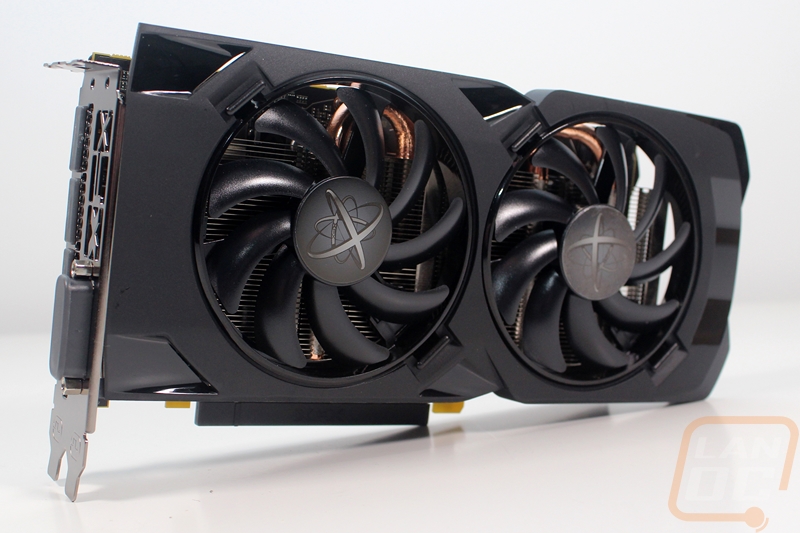 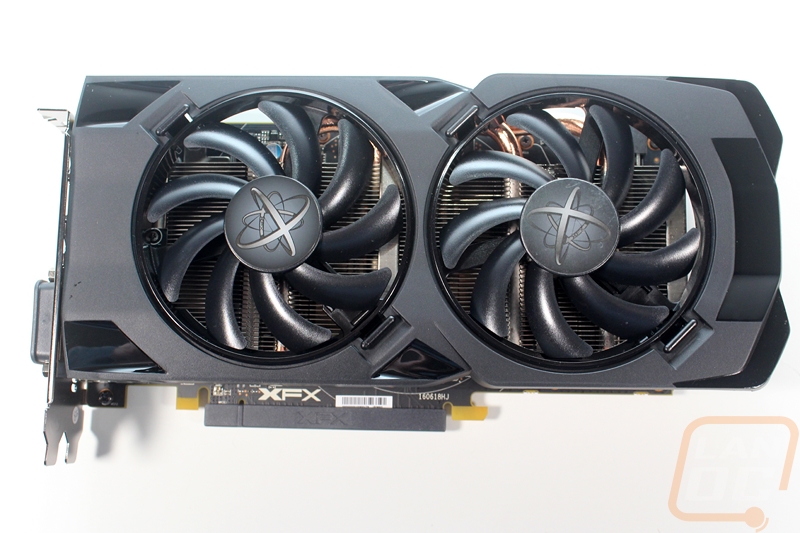 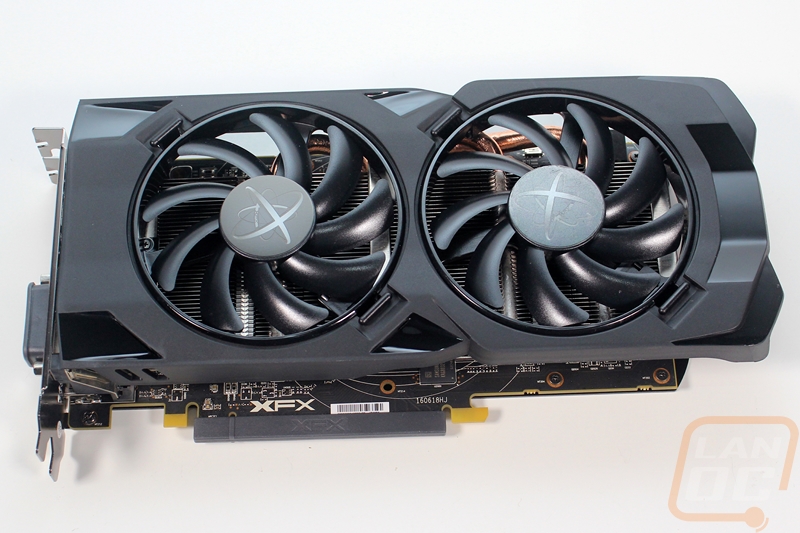 Up on the top edge, the fan shroud also has XFX logo showing along with a peak at the heatpipes as well. For power, XFX didn’t take any chances and went with an 8-pin power connection. The plug is flipped around with the clip on the PCB side to save room for cooling and the PCB is notched to allow room.

Like most aftermarket coolers, the XFX RX 480 does use a design that blows its two fans against the PCB. This means they have room for a heatsink the full length of the card, but it also means all of that air blowing down has to go somewhere. The fan shroud is open around the top, bottom, and end of the card. So most of the hot air will be venting into your case. Beyond that though the top and bottom views give us a good look at the heatpipe design. They run three heatpipes and they all go out the top, to pull the heat over to the right and one to the left. These help spread the heat out across the heatsink to improve cooling. The heatsink takes up most of the room under the fans with the exception of up top where they had to make room for the large heatpipes and at the end where it gets thinner out beyond the PCB.

I’m not a fan at all of this extended section, though. Why make the card an inch longer than it has to be, especially when that same space isn’t even adding any cooling. The plastic shroud extends past the end of the PCB and heatsink. 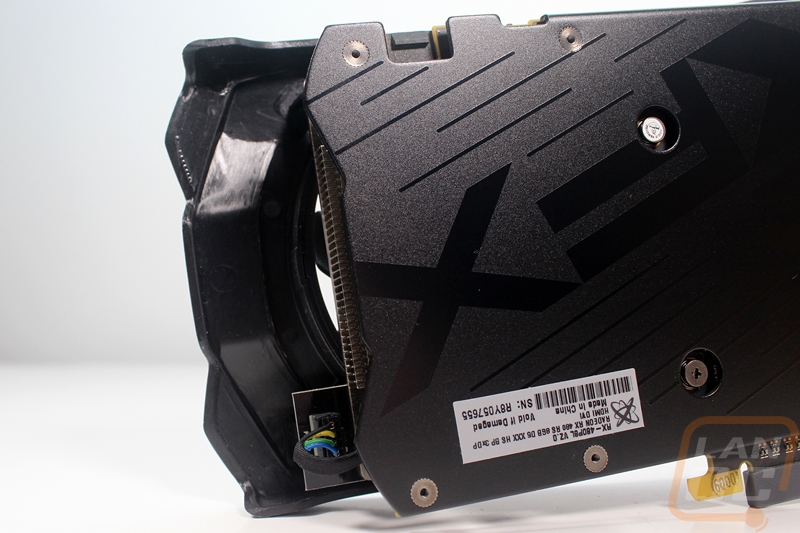 The black backplate is a nice touch, adding to that clean blacked out look. It is finished in a satin black with a design and XFX logo over it in gloss black. The backplate leaves access to the main mounting bolts for the heatsink, so you can pull it off and replace the thermal paste later in life without having to fight with all of the tiny screws for the backplate. It has vents over on the right side but it also has an air gap as well, so it isn’t part of the cooling. 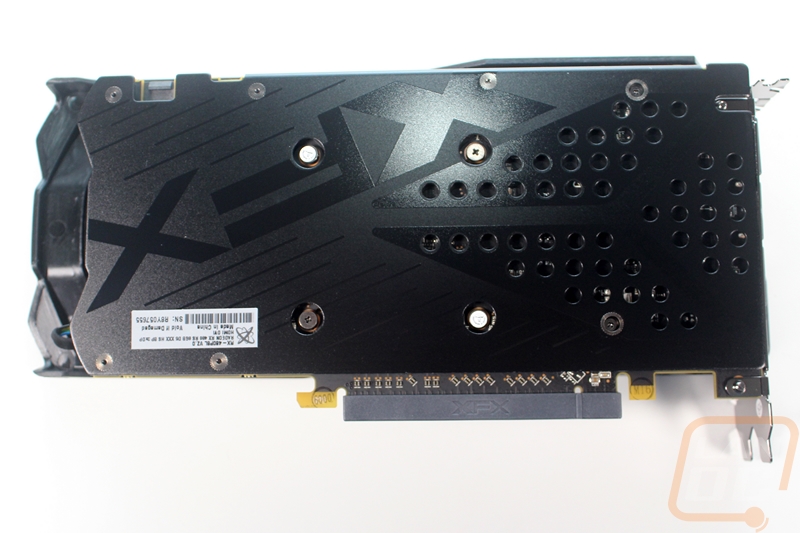 For connections, the RX 480 has three DisplayPorts, one HDMI, and a DVI connection as well. This is about par for the course for non-reference cards and is a good mix that covers just about everyone. The backplate does have a little venting with the XFX logo vent and the long vent over the shorter connections.