All of the holidays, New Years, and CES cause a chaos this time a year. Last year we had the Sandy Bridge launch in the mix. This year AMD's new GPU series launch is packed in as well. Around the holidays we saw a few reviews using AMD's reference design. Sampling was very limited; today all of the manufactures can finally release all of their reviews. Today we are covering Sapphires first card of many, the HD 7970. This card uses the reference design and cooler and should be a great way to judge the series’ performance without any overclocking or aftermarket cooling. AMD advertises the HD 7970 as the world’s fastest single GPU, let’s find out!

News on the new Radeon 7970 has been rolling in hot and heavy, but what does the new gen actually mean?  The foremost that catches my attention is the 7000 series once again scales down the GPU from 40nm to 28nm. Code named Tahiti, the shrink in size was something we were expecting to see in the next generation of GPUs. Smaller die size usually lead to impacts in a couple of key area: more cores in a given space or less energy used.  We are also seeing the jump to the PCI-e 3.0 specification – though being able to use this additional bandwidth requires having a mainboard that supports it.

The frame buffer is being opened up from 2gb to 3gb with a 384 bit interface (from 256 bit) for a whopping 264GBps of bandwidth. We can expect various vendors to play with this a little bit and have overclocks from the reference design, but it is nice to see this pipe opening even more.  Another introduction is the ZeroCore Power technology that takes the 7970 down to 15w when not actively being used and as low as 3w with a blank screen. 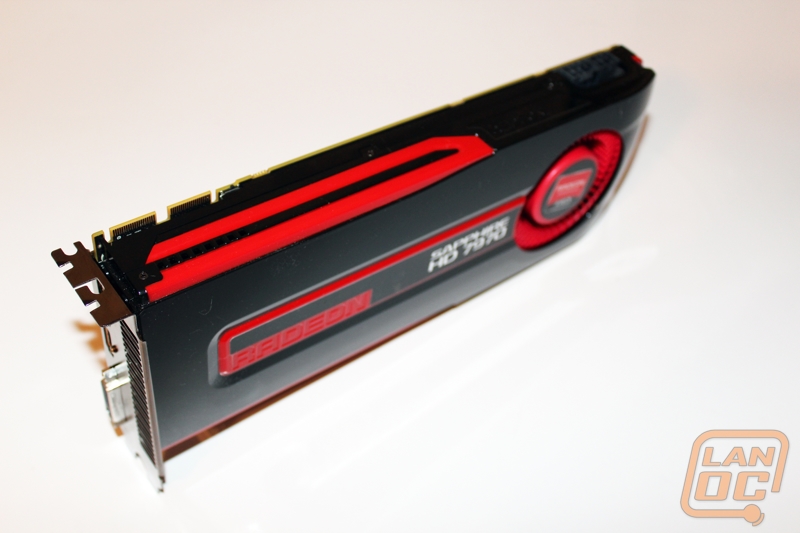 We are seeing a slight bump in the core clock, 925MHz vs. 880MHz, but we can expect many of the vendors to play with the reference design on this to differentiate a bit more from a reference 6970.  The core clock seems to be an area where the vendors try to stand apart from each other, whether with a slight factory overclock, or at least supplying software to allow for easier overclocking.

I hope to hear something from nVidia pretty soon on their Kepler cards.....

They also OC great. Here are some BF3 benchies

Wingless92 wrote: Yea, those are getting long in the tooth. It all depends on what resolution that you play at. 1920x1200 and lower you don't need a "Monster" card to run games at. A 6870 would be just fine. Then again, it depends on what game that you're playing and how much eye candy you want on.

Yea I haven't really played anything new recently. LoL, SC2, BF3 run fine so far. My last comp I ran into the ground. 4 years on a single Nvidia 9600...

We have 1215 guests and one member online