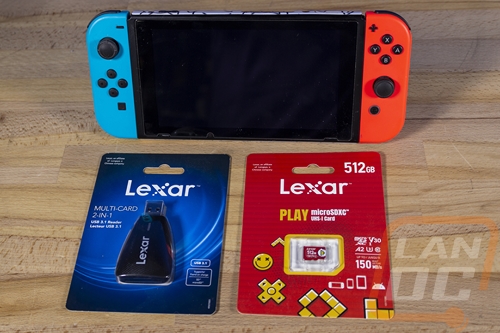 So Lexar sent over both the Play MicroSDXC 512GB as well as a USB 3.1 multi-card reader to use with it as well. They both came in hanging cards with formed plastic between the two layers of cardboard holding the product. This style works well but can be a pain to get opened up. The reader has a blue background with the Lexar branding up top in white and the product name next to the reader itself. Then for the PLAY microSDXC card, you can see the gaming focus right on the packaging with the red background and yellow gaming pictures like the direction pad and Tetris-like blocks. The PLAY microSDXC has the capacity of the card up in the top right corner in a huge font so it is easy to spot. Then the name is above the card. Next to the card, they tell you how fast it is capable of being (150 MB/s) and they have a few logos that show important details like that this is a microSDXC card. Then they have it being a V30 which is the video recording rating meaning it has a minimum sequential write speed of 30MB/s or higher. Then UHS speed rating of U3 means the same thing. Then the A2 rating means it has a min random read of 4000 IOPS, min random write of 2000 IOPS, and minimum sustained sequential write of 10MB/s or higher. Given the gaming focus, the card doesn’t need to be a faster sequential writes card like a V90. But read performance is important for loading games so it does fit the bill perfectly. Around on the back of the packaging, the reader lets you know that it supports 312 MB/s for UHS-II cards and also works with UHS-I cards like the one testing here with support up to 170 MB/s. They then repeat that across multiple languages. For the back of the packaging for the PLAY, it's simpler, they mention the card works with gaming devices, smartphones, and tablets and they have the 5-year warranty highlighted. Beyond that, the back is filled with fine print and has a line at the top to help you know where to cut to open everything up. 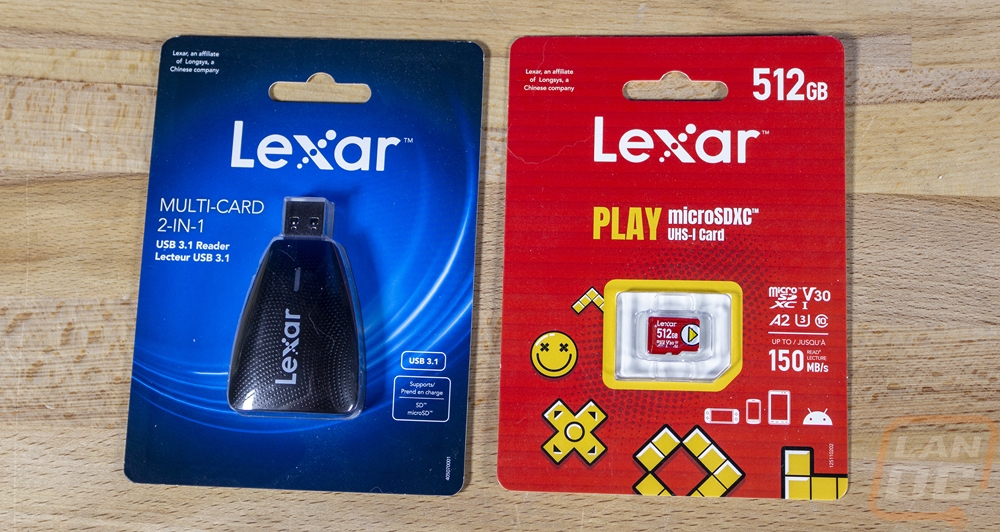 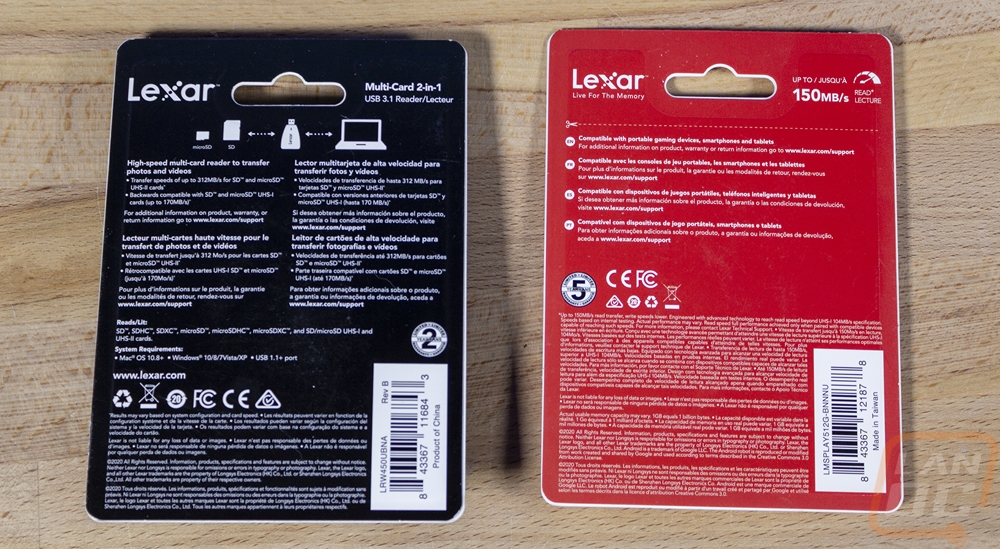 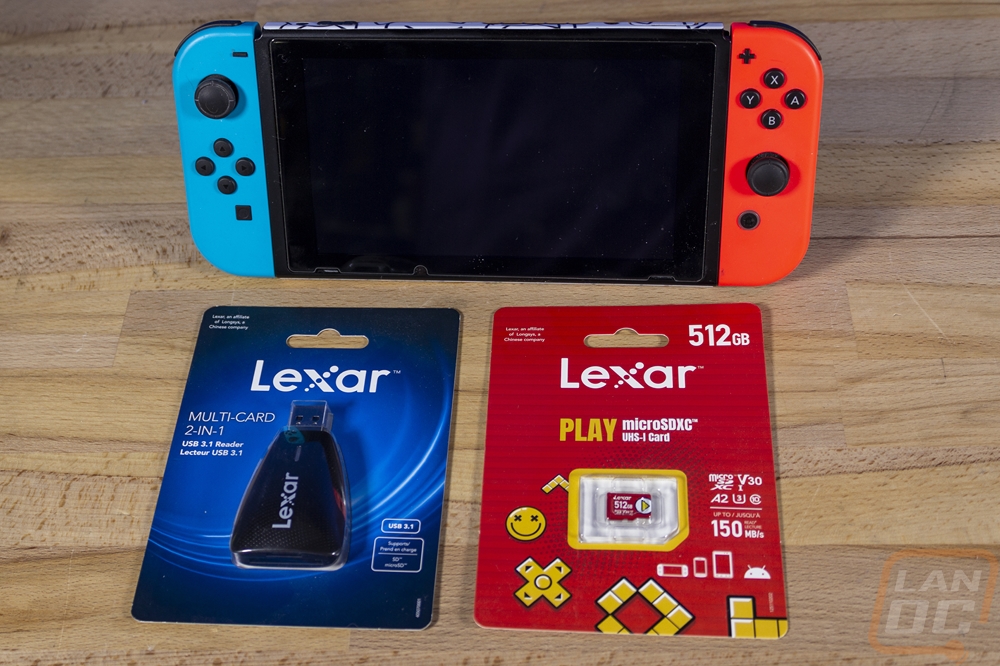 First up let's check out the Multi-Card Reader. Lexar went with a simple design for this one and it is similar to a lot of other card reader designs. They have the USB 3.1 connection at one end and then the device ramps up in size from there with a rounded shape. It has a little bit of a golf ball like texture to give a little grip. Then up on top, they have the Lexar branding and an LED next to that to show when a card is being read from. On the bottom, they do have the product number as well as the normal certification logos. Then on the end, the reader has slots for both a standard SD card and MicroSD. 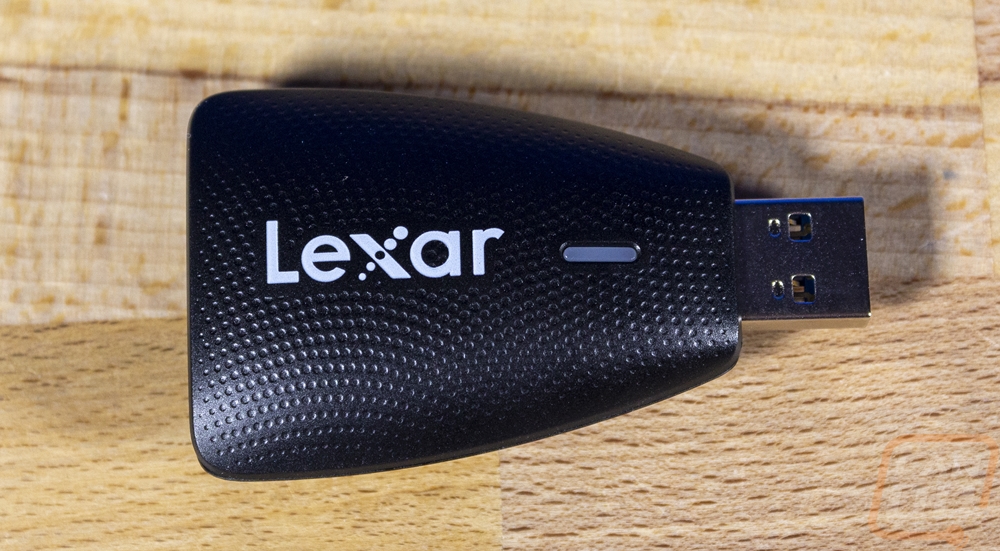 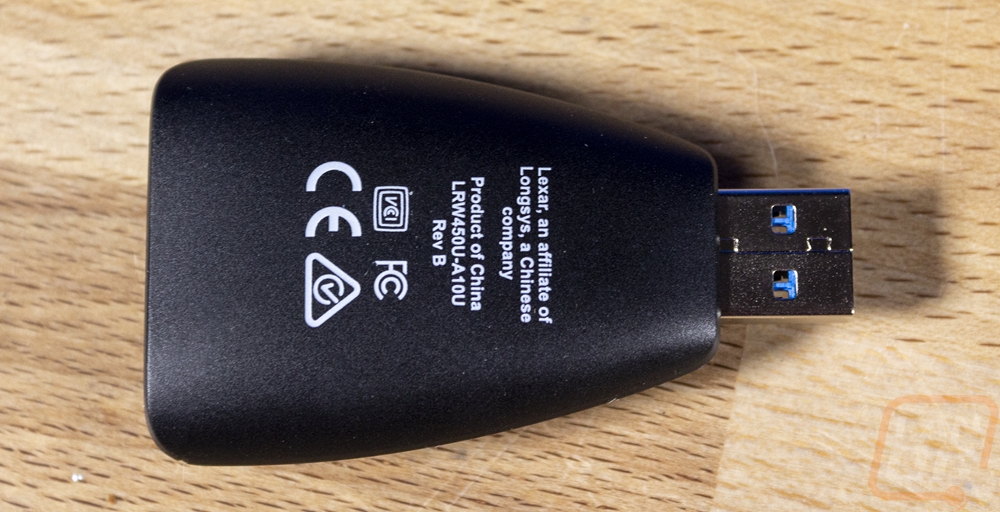 There isn’t typically much to talk about on the exterior of a microSD card but Lexar did do a good job of making this look like a gaming-focused card without having actual gaming IP/brands printed on it like some other cards. The PLAY is red and then has a white and red play icon. The top of the card also packs in the Lexar logo and the capacity in a huge font. Then below that all of the same logos that let us know this is a MicroSDXC card, a UHS-I card with a rating of V30, U3, and A2. The bottom of course has the contact pads. Then the rest of the space has certification logos, made in Taiwan, and the model number and serial numbers etched in it. 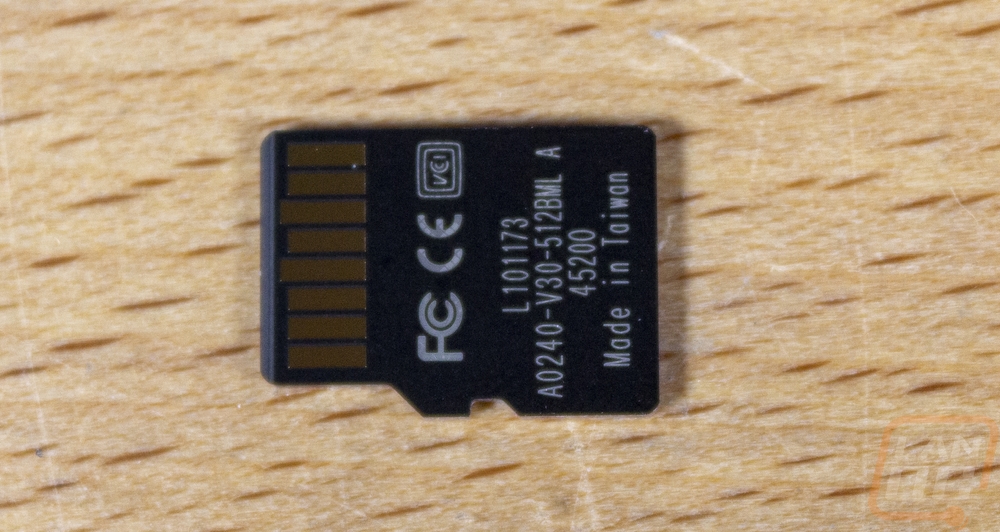 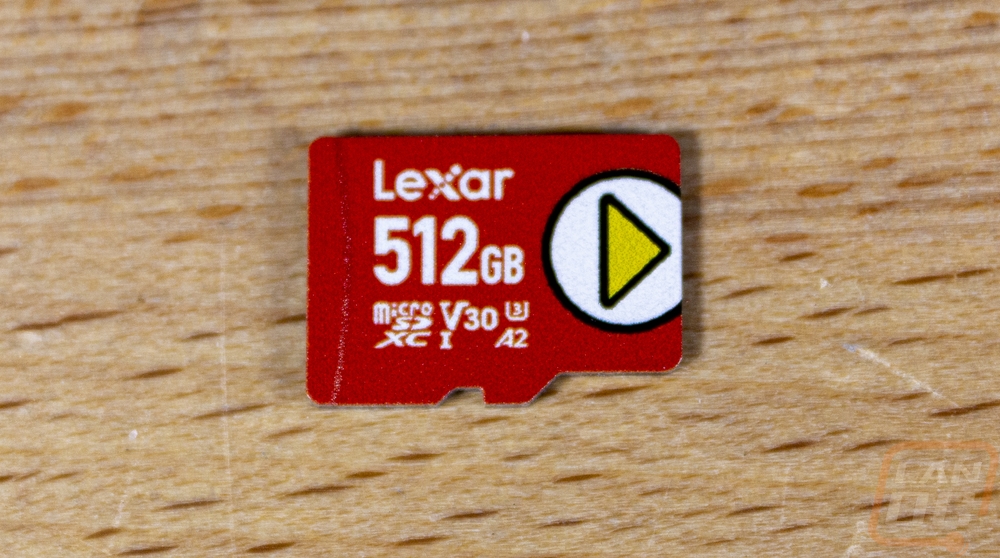 We have 1182 guests and no members online