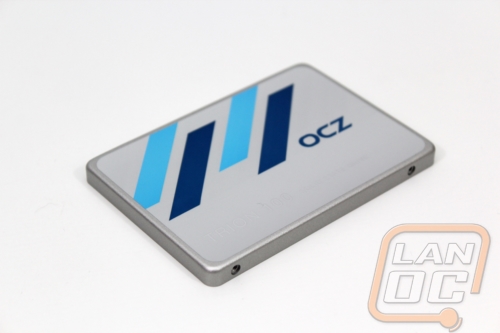 For the past few years I’ve really liked the direction OCZ has gone aesthetically and the Trion 100 isn’t any different. They have dropped the squared off plan black drive design and have gone with a look that is quickly recognizable as an OZC drive with a silver casing and rounded corners. The Trion 100 has slightly less rounded corners than the previous drives because it uses a different casing but I will get into that shortly. For styling the top sticker covers almost all of the drive and has the silver background that shows that it is a Trion 100. Beyond that we have the dark and light blue stripes and OCZ logo for the OCZ branding. Then down in the bottom left corner if we look close we can see the Trion 100 branding as well. 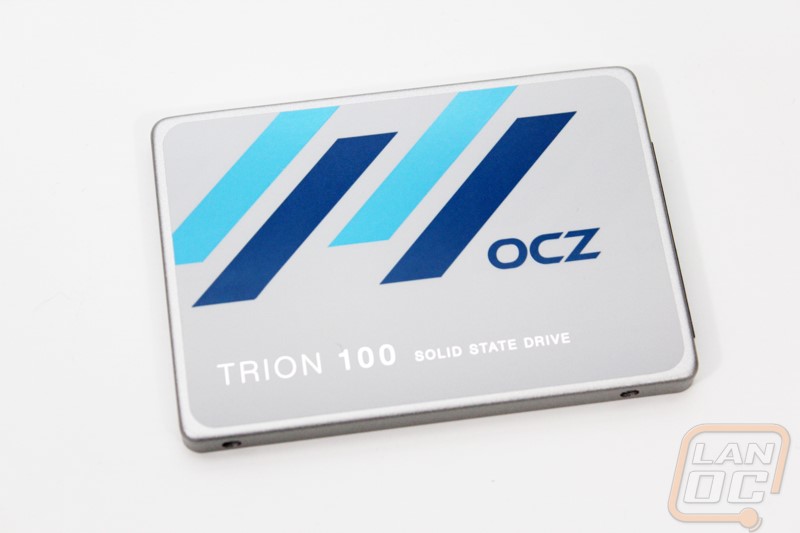 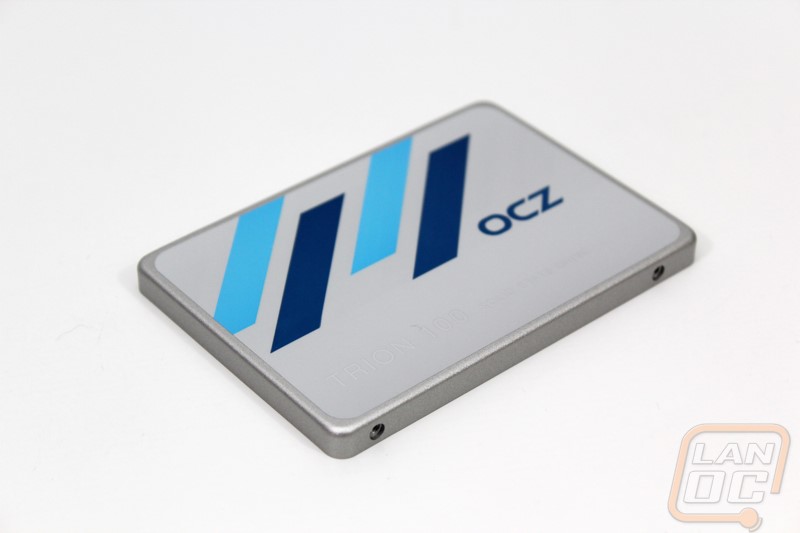 The Trion 100, like nearly every drive out now comes in a 2.5 inch form factor and is a thin design to make sure it fits in the thinner Ultrabooks and other devices that require an 8mm or less form factor (the Trion 100 is actually 7mm’s thick). For its data connection the drive has stayed with the SATA form factor, specifically SATA 3. That means the end has the L shaped data connection on the left and the shorter power on the right. 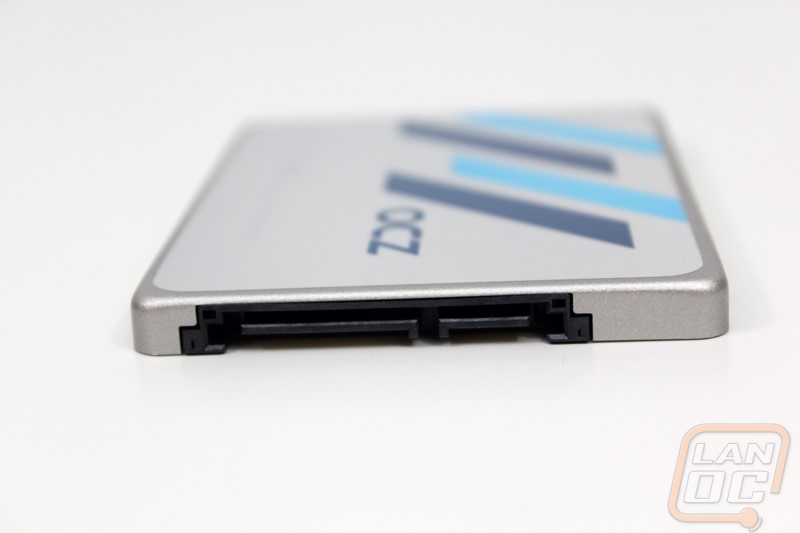 On the bottom of the Trion 100 OCZ has hidden all of the less pretty information on the sticker. Here we have all of the required certification logos as well as information on our specific drive. Here we can see the capacity, model number, and we even have our serial number for any future RMA use. 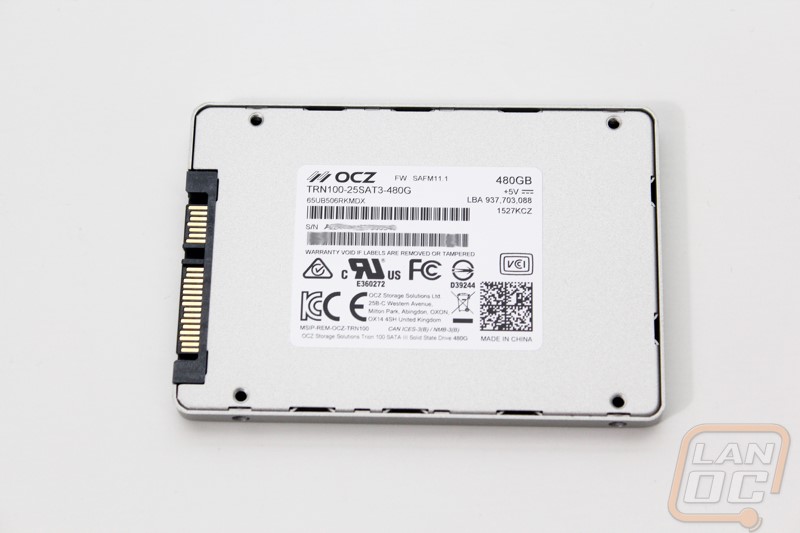 So earlier I mentioned that the Trion 100’s casing is a little different. Well on the higher end OCZ drives the top half of the drive is basically machined out of aluminum. The Trion 100 is stamped; this helps keep costs down but it did mean that they couldn’t do the higher radius corners. On the bottom of the casing I was able to see something else that was interesting as well. The Trion 100 doesn’t use any screws at all to hold the casing together. I’ve been seeing this a lot more as it makes production a lot easier but I was surprised that OCZ didn’t put a warranty is void if removed sticker at least over the edge somewhere. That said I dug into the drive sticker or not. To get into the drive you just need a small flathead screwdriver to work in each of the 8 clip holes. From there the bottom panel popped right out of the top case. With that apart I found that the PCB is also just snapped into place on the bottom panel as well. So to get it all loose I just worked around the edge and popped it out as well. 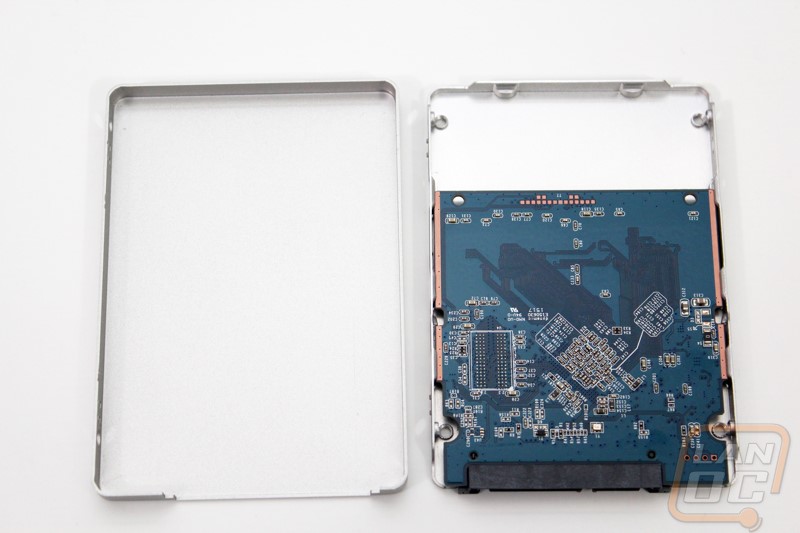 With the Trion 100 apart I was finally able to really see what is making the drive tick. The PCB is only about 2/3 of the length of the drive. OCZ went with a blue PCB. The back side of the PCB doesn’t really have much going on but the other side has everything. The biggest thing is the Toshiba's TC58NC processor in the middle of the drive. Toshiba doesn’t really talk too much about this controller but it is very close looking to the Phison S10 quad core controllers that we have seen on other SSD’s. The S10 is actually made in Toshiba factory’s so I can see where the similarities would come from. For the cache the Trion 100 has Nanya DRAM, specifically one NT5CC256M16DP-D1 from what I can tell that is a 256MB cache with the size being different depending on the drive capacity. Then for the NAND the Trion 100 is the first drive to ship with the new Toshiba A19 TLC NAND. The NAND chips have a Toshiba TH58TETOUDKBAEF label on them and have a capacity of 128GB each. This puts the drive up to 512GB but with 447GB visible leaving 65 Gigs buffer. 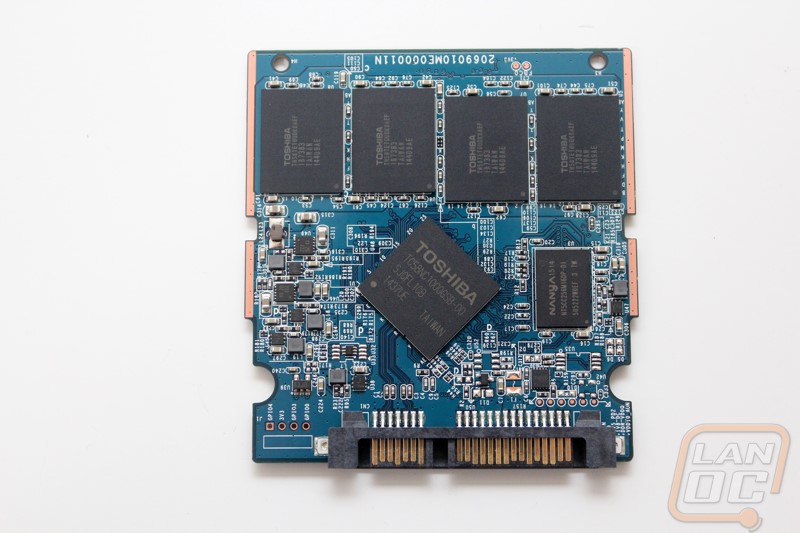 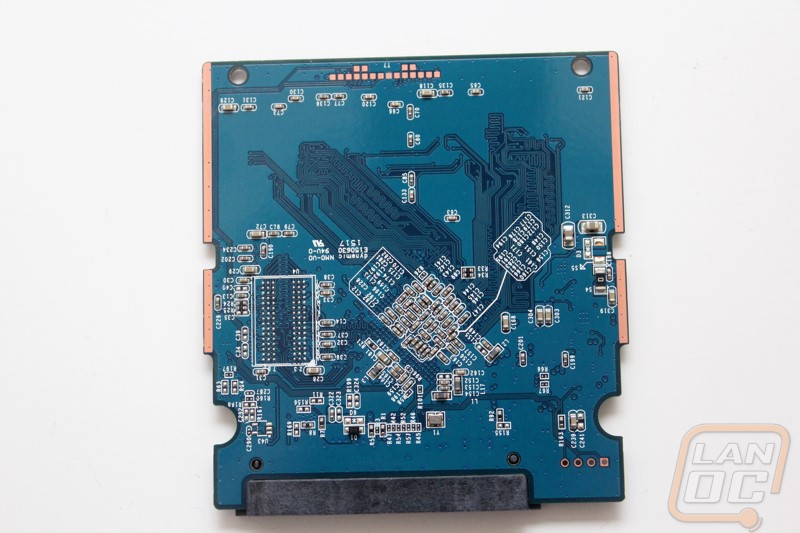 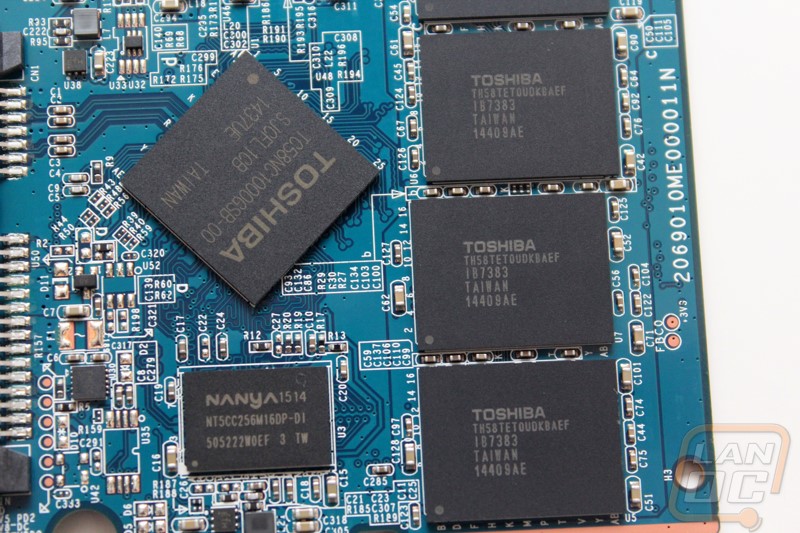 We have 1756 guests and one member online