A few weeks ago, I took a look at the super small PICO USB drive from Super Talent. I was extremely impressed with its size and portability along with its performance. Today I have an opportunity to look at another one of Super Talents USB drives. The Luxio series of thumb drives is a high capacity luxury design is for people who need to store larger amounts than can be found on the smaller PICO drives. Today we are going to test the performance and usability of a 64 gig capacity version of the Luxio series to see how it compares to its smaller PICO brother. 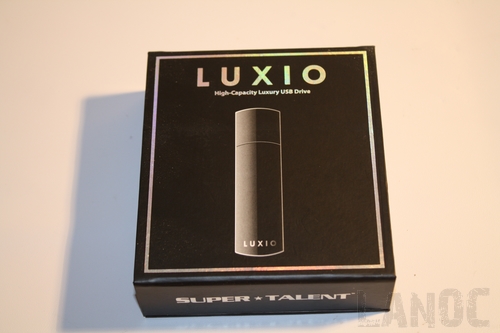 Super Talent made sure to show off the Luxio in a package as luxurious as the USB drive it holds. The box is black with a mirror gold trim on the LUXIO lettering and around the edge of the box. On the back you will find a very general feature list in six different languages. The front of the box opens up easily with only magnets keeping it closed. Inside we found our drive packed in its own foam slot with a leather carrying case in a slot next to it. 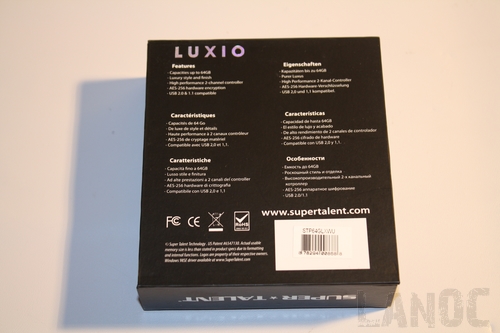 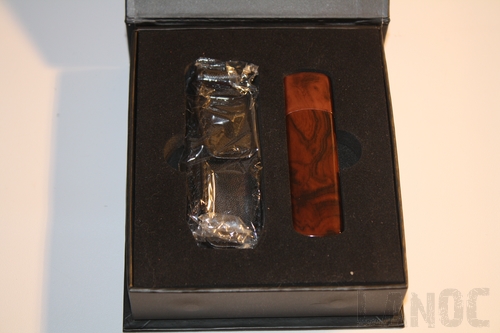 Testing the performance of the Luxio has two parts too it. How does it perform in file transfers, and the ease of use. To test the file transfers I decided to try out software made by the people who made HDtach that I use to test hard drives. The software is called Flash Memory Toolkit, and can be found HERE. I tested the Luxio against its sibling the PICO. The Luxio outperformed the PICO considerably in read and write performance, which considering how well the PICO performed against our other tests drives, was very impressive. 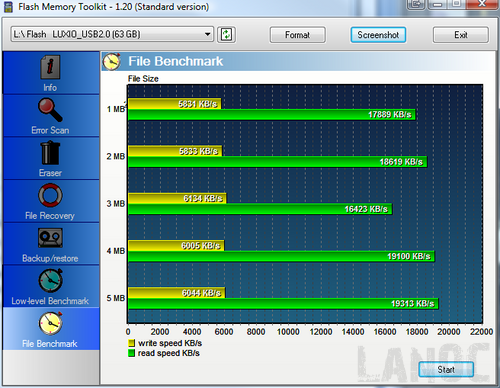 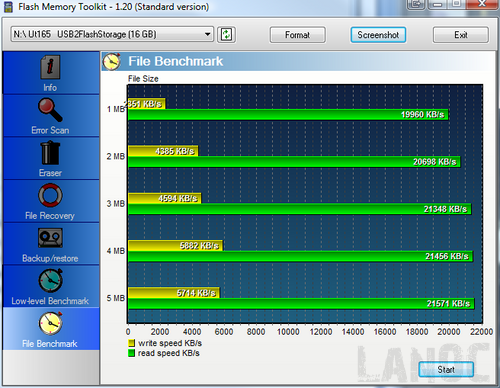 As for ease of use, the Luxio is a little larger than your run of the mill thumb drive due to its capacity (still smaller than most other USB drives in the 64 gig capacity; even with its size I had no trouble carrying it in my pocket. The drive really shined when I loaded it up for our LANparty. To keep from overloading the internet connection, I was able to load copies of each steam-based game we played along with extra utilities like 3dmark with lots of room left. Being able to pass around the files prevented us from having 10 to 20 people trying to download large files all at the same time. In the past, our internet connection came to a craw because of these downloads, this time I had no trouble at all checking up on the current celebrity gossip over at WWTDD. 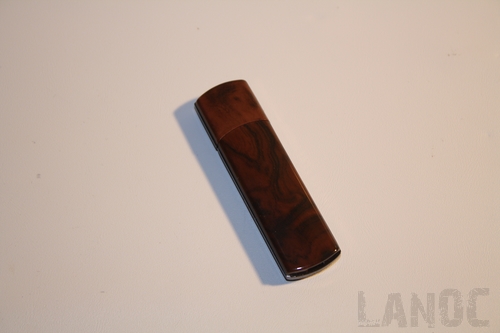 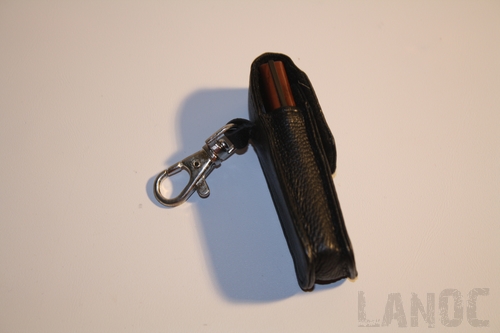 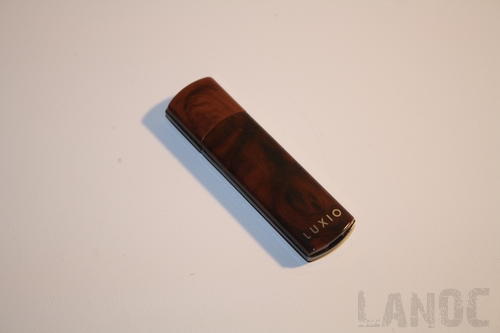 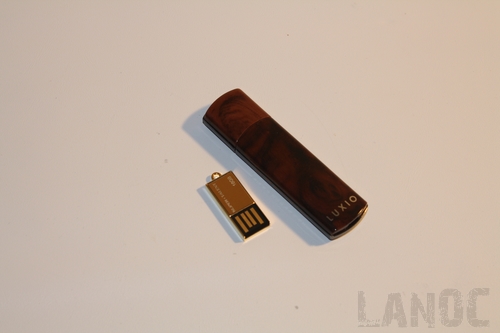 The Luxio is the James Bond of flash drives, sophisticated looks along with high capacity, fast data transfers, and 256 bit encryption means Super Talent packed a big punch in the Luxio. The performance numbers don't lie, the Luxio outperformed its kid brother. A high capacity USB has many uses for many different people, but I don't think anyone could be unhappy with the capacity, style, or speed of the Luxio. Of course, at just under $150 dollars, you will be paying a premium for those things. 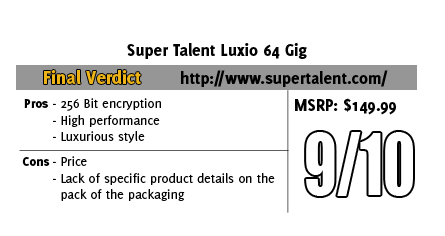 You might call him obsessed or just a hardcore geek. Wes's obsession with gaming hardware and gadgets isn't anything new, he could be found taking things apart even as a child. When not poking around in PC's he can be found playing League of Legends, Awesomenauts, or Civilization 5 or watching a wide variety of TV shows and Movies. A car guy at heart, the same things that draw him into tweaking cars apply when building good looking fast computers. If you are interested in writing for Wes here at LanOC you can reach out to him directly using our contact form.
Discuss this article
Log in to comment
Posts in discussion: Super Talent Luxio 64 Gig