I’m what some people would call a pack rat. Not in the traditional sense though.I save just about every file that ends up on my computer. I think it comes from being on dial up when I was younger. Why would you delete something that will take another 12 hours to re-download; if no one picks up the phone during that time. I’ve been hording for many years so as you can imagine, I’ve got a lot of junk. Because of this I am running 4 hard drives in my computer. With my case being a small mid tower I’m really hurting for space. That’s where the Luxon Advanced ED comes in; I finally have a way to add another hard drive without hollowing out a 3.5inch slot in my desk. Read on to see what I thought about it… 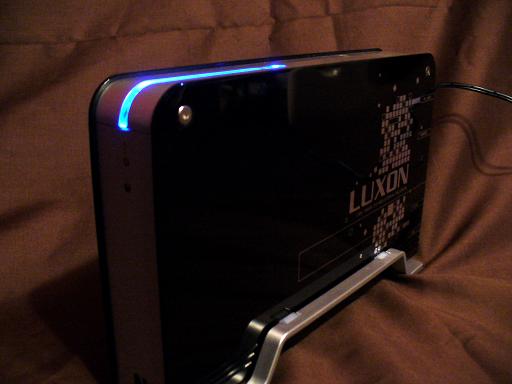 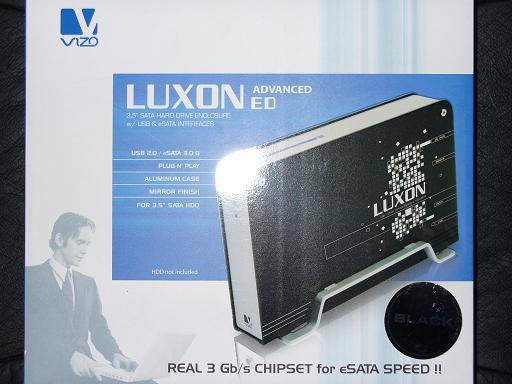 Vizo’s packaging is professional, well designed and included all of the needed information, as you can see they sent us a Black version to review. You can also find this enclosure in Blue and silver. 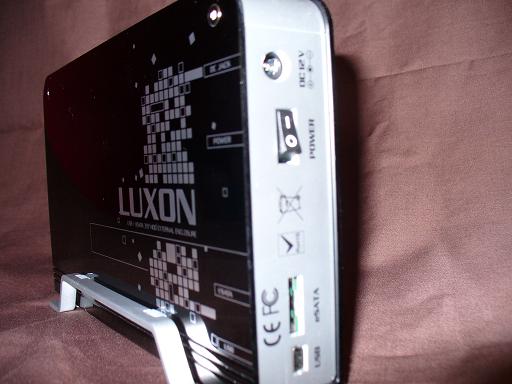 The aluminum enclosure is very nice. It will hold up to abuse, the product isn’t painted. It looks to be anodized although I haven’t confirmed that with the manufacturer. You can also see that they labeled all of the connectors and switches clearly on the side. This will help later in hooking it up. 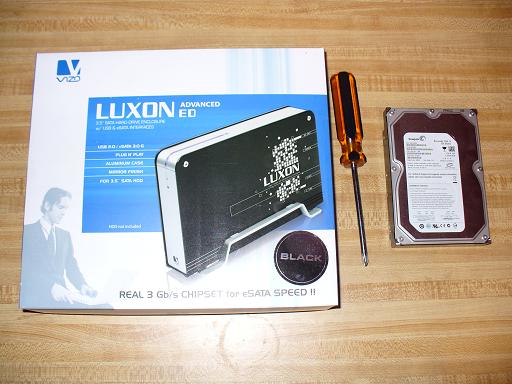 Other than the Luxon you will need a philips head screwdriver and a SATA hard drive to put it all together. I am using a Seagate 7200.10 320 Gig hard drive for this review. 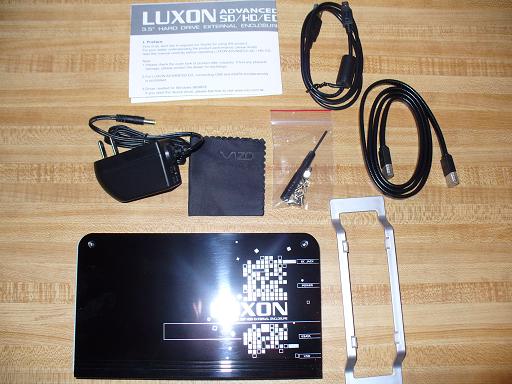 Vizo doesn’t miss anything. The box includes the enclosure, a stand, a power plug, 1 eSATA cable, 1 USB cable, 1 microfiber cloth, a bag of screws, and even an for the exterior screws.

What do I think?

My first impression was how professional the packaging looked. Some company’s seem to only make things that will sell well online, where no one will have to look at the box before they buy it. The box not only looked good but included everything I would need to know to pick out an enclosure at the store. 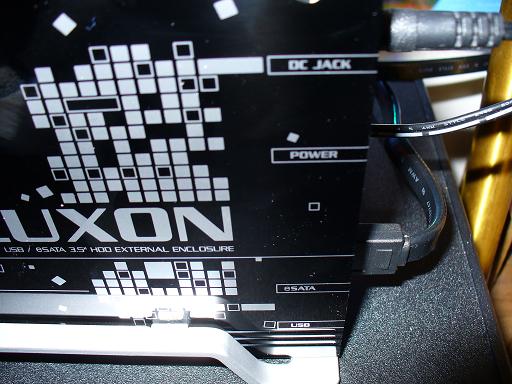 After opening up the box I was amazed at the quality of the enclosure itself. Its biggest flaw is also its best feature. It looks amazing but because of that its hard to keep clean, VIZO had this in mind when they send the microfiber cloth to keep it shined up. All of the connectors and switches on the back are clearly labeled on the side and back. 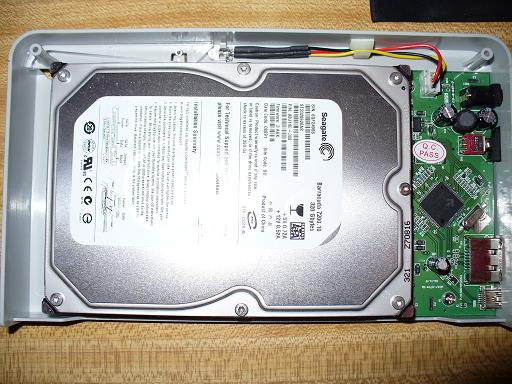 Installation was simply and clearly explained in the provided instructions. It took less than 5 minutes to put it all together, half of that was shining it back up after I was done. Hooking up the power was easy although because of the “wart” if you are trying to plug into a normal power strip you might have trouble. I also had trouble getting the eSATA plug to connect, but this being my first experience with eSATA I don’t know how it should be.

Performance in USB and SATA modes is well above what I am used to with my old enclosure. In fact once I hooked it up I couldn’t even tell it wasn’t in my pc. I had problems trying to do speed tests; I couldn’t find one that would work with windows vista 64bit properly. VIZO installed a light bar that wraps from the front onto the top of the enclosure. When you have your hard drive powered on it glows blue, it turns purple when you have HD activity. The blue gives it a nice style that will match most peoples pc lighting. After using the Luxon Advanced ED for the past two weeks I don’t think I will be able to go back.

You might call him obsessed or just a hardcore geek. Wes's obsession with gaming hardware and gadgets isn't anything new, he could be found taking things apart even as a child. When not poking around in PC's he can be found playing League of Legends, Awesomenauts, or Civilization 5 or watching a wide variety of TV shows and Movies. A car guy at heart, the same things that draw him into tweaking cars apply when building good looking fast computers. If you are interested in writing for Wes here at LanOC you can reach out to him directly using our contact form.
Discuss this article
Log in to comment
Posts in discussion: Luxon Advanced ED