Some times when you are taking photographs, you run into a situation where you cannot get that perfect shot. Sometimes it’s just a matter of not being able to hold the camera still while holding it in a weird position. The Gorillapod from Joby is designed to help in that situation, and with a price under 20 bucks it won’t even break the bank. Today we will be taking a closer look at it, we can finally perfect our myspace angles without worrying about hurting ourself! 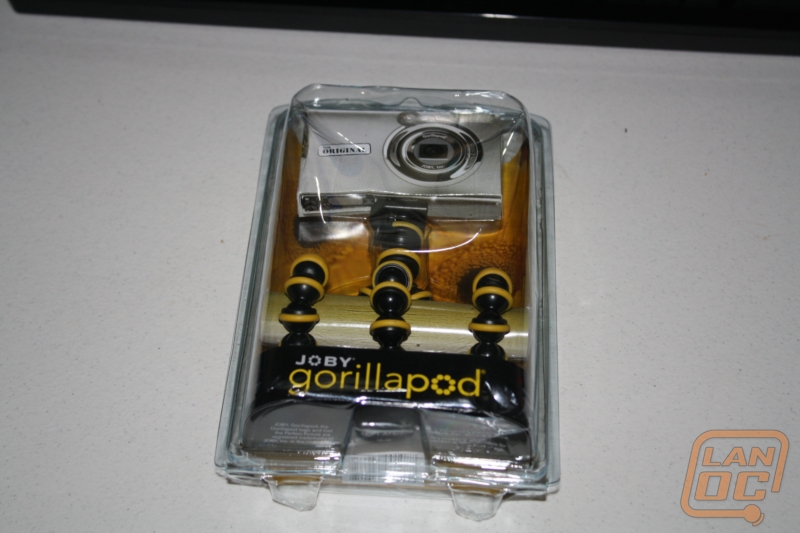 The Gorillapod came packaged in a clear plastic shell with a paper lining inside with all of the information on it. Our plastic had been through a lot in shipping as im sure you can see. Through the front you can see the Gorillapod wrapped around a poll with a fake camera attached to it. Around back there is a picture of the Gorillapod with a breakdown of each of its notable features. Also to give you a few ideas on how you can use your Gorillapod they have also included a few pictures of it in use on the bottom of the back.

I was going to talk about installing the Gorillapod but it was so simple I decided not to create a section for it. You just screw the Gorillapod to the base of your camera and then find a few crazy places to mount your camera. For my reviews I use an DSLR but for my tests of the Gorillapod I used both our Flip Ultra and our backup camera to get my MySpace camera angles without the Gorillapod collapsing under the weight of a camera that is way to large for it, and for the record it will collapse. 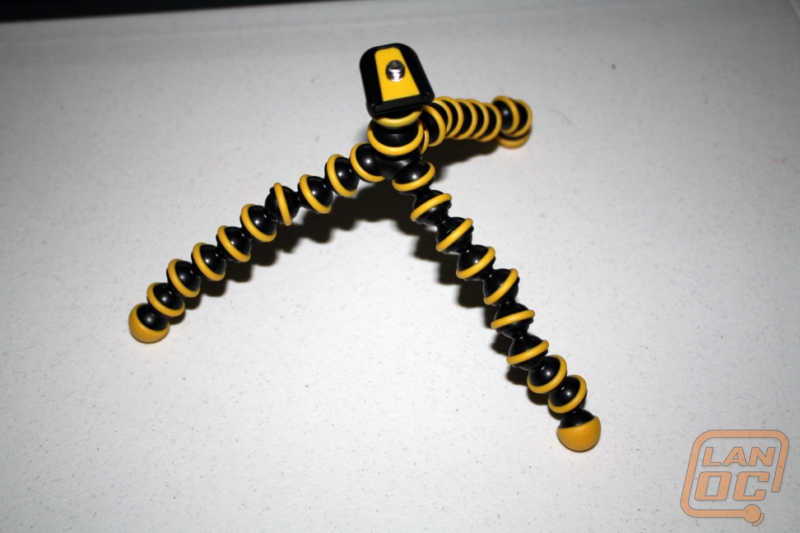 Equipped with our camera’s and the Gorillapod I had to put it to the test by trying to find the most random thing to attach it too. I had no trouble attaching the Gorillapod directly to the doorknob to the office and even to a poll. I had trouble finding things that I couldn’t attach too, mostly large flat items that do no have an area where the camera can sit on top. Outside of that I was able to get it mounted to everything else. The biggest issue I found wasn’t mounting it, but staying close enough to push the button on the camera. I found myself wanting to mount it up into trees for interesting photos, only to realize that not only do fat guys not climb trees, there is no way I could take a picture of myself from a tree without being in the tree to push the shutter. 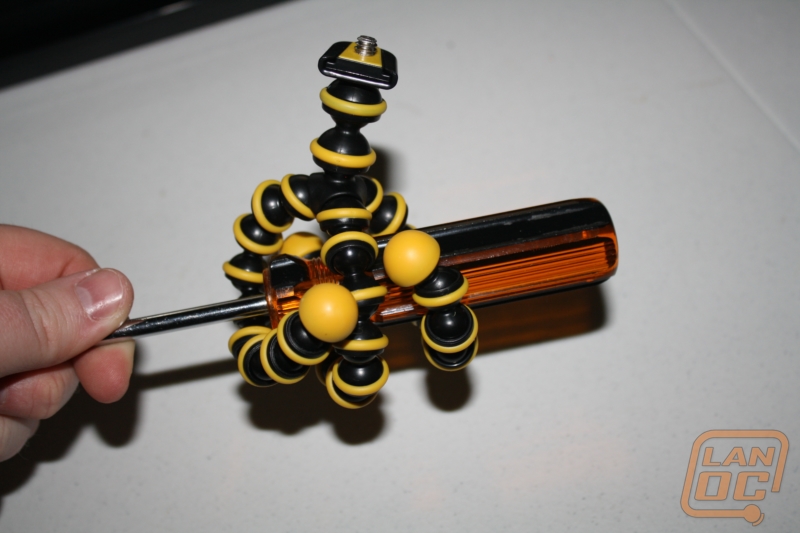 Having spent time with the Gorillapod I found it really hard to find any faults with the mount. My only complaint was not being able to use the mount with my DSLR, but even that was not an issue because Joby does sell a mount specifically for the heavier SLR’s. Outside of that you can mount your camera to just about any surface using an easy to carry lightweight mount. If that’s not easy enough, there is a quick release mount built in. At under $20 this is a steal. 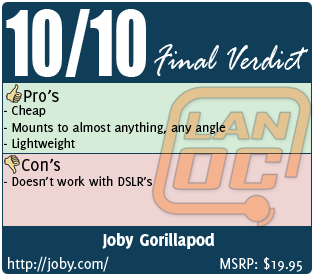 You might call him obsessed or just a hardcore geek. Wes's obsession with gaming hardware and gadgets isn't anything new, he could be found taking things apart even as a child. When not poking around in PC's he can be found playing League of Legends, Awesomenauts, or Civilization 5 or watching a wide variety of TV shows and Movies. A car guy at heart, the same things that draw him into tweaking cars apply when building good looking fast computers. If you are interested in writing for Wes here at LanOC you can reach out to him directly using our contact form.
Discuss this article
Log in to comment
Posts in discussion: Joby Gorillapod