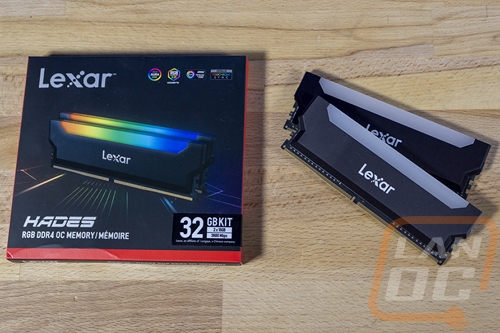 So for performance testing, I was most focused on checking out the new Hades ram, but I did also run the standard desktop kit through our testing as well. Before doing that though I did check out both kits with CPUz and Thaiphoon Burner to make sure they were running at the correct speeds and the Hades kit came in at 1799.6 MHz in CPUz which is just about right at their 3600 MHz clock speed and has the 18 CAS Latency, and 22-22-42 for the rest of the timings. They are running in dual channel and show up at 32 GBs as they should. 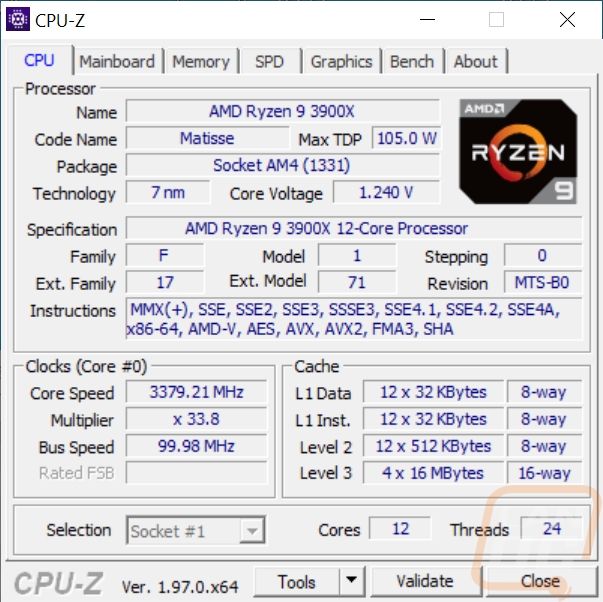 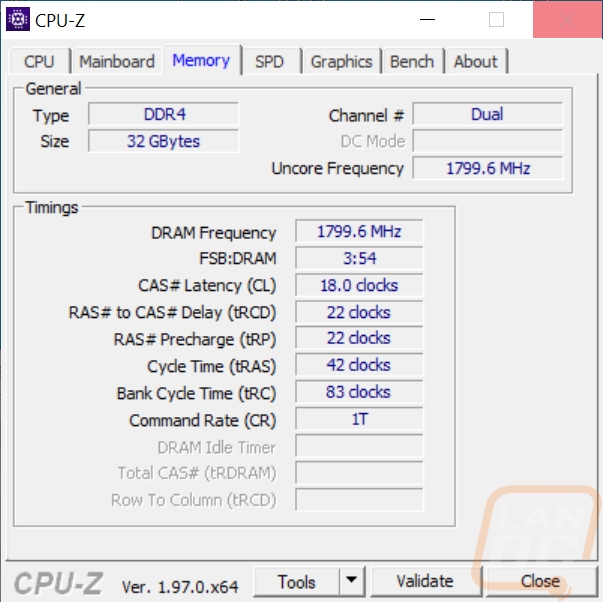 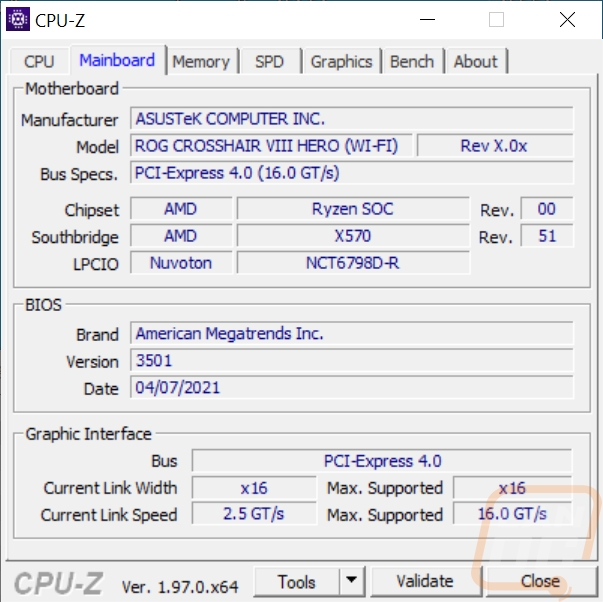 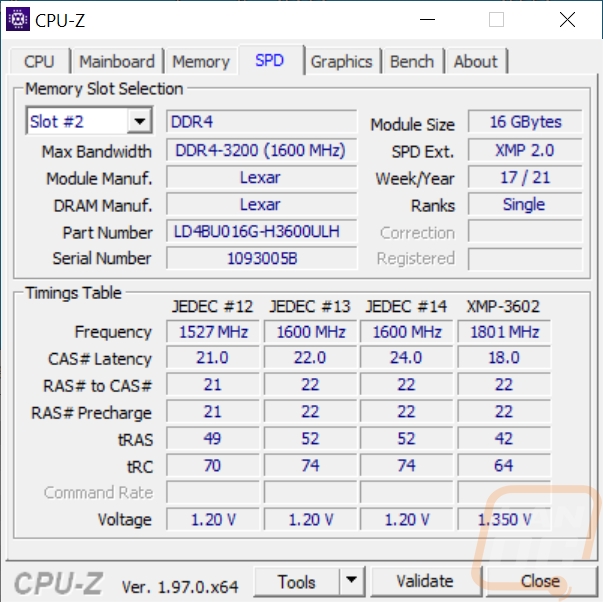 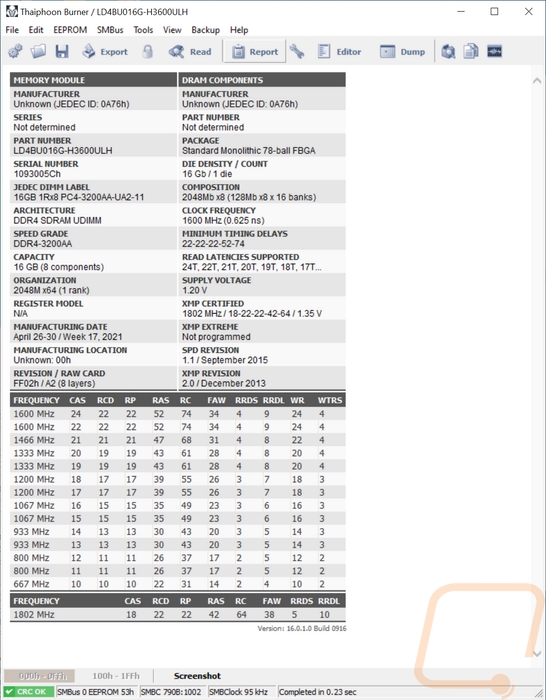 The regular Lexar desktop ram came in at 1596.8 MHz on CPUz which is 3193.6 MHz or just under the 3200 MHz expected which is normal. They have a CAS latency of 18 and have the same 22-22-42 as the Hades kit for the rest of their timings. I would say that matches the specifications, but they didn’t have the timings listed on their website for that kit. People looking at basic kits aren’t as focused on them. 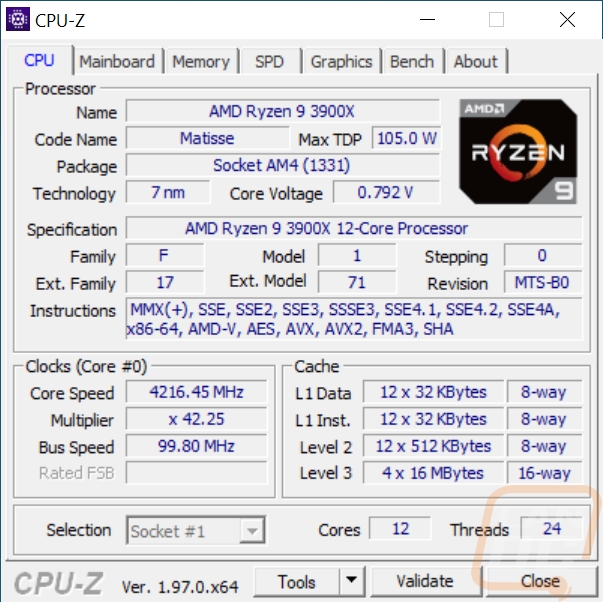 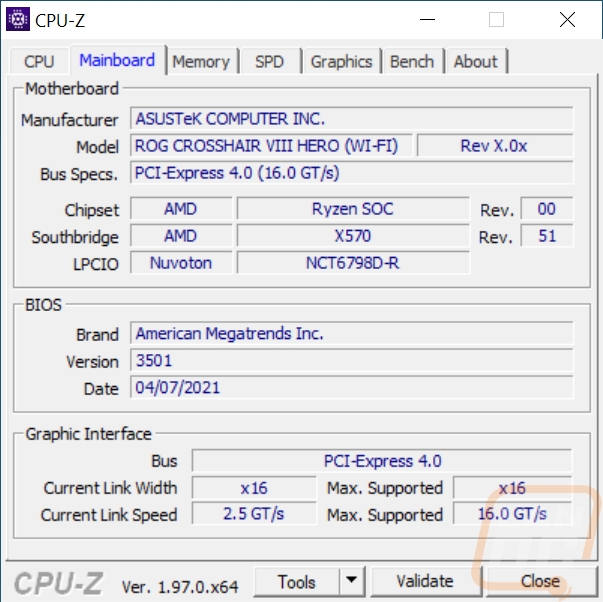 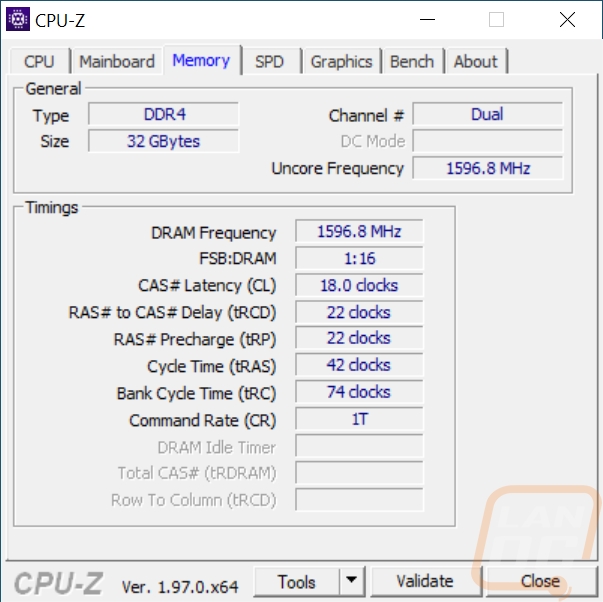 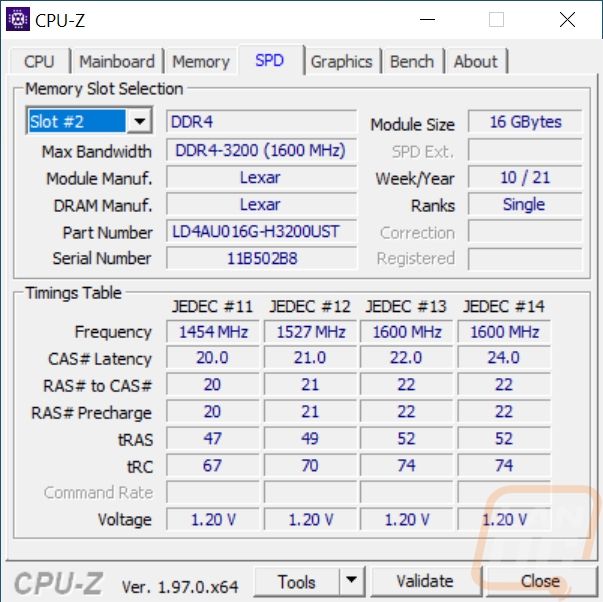 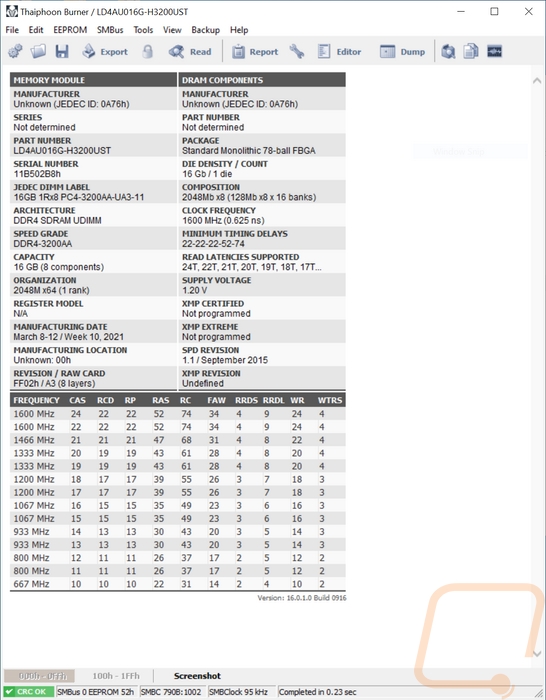 Jumping into testing I ran both the Hades kit and the Lexar desktop kit in AIDA64’s memory tests to check out read, write, copy, and latency performance. I also have comparison numbers from the last few memory kits that have come into the office as well. The Hades kit with its higher clock speed did better in the read speeds but did come in a little lower than the other two 2600 MHz kits tested due to the timings being a little looser. The desktop kit was then behind that but above the 3000MHz kit due to its 3200 MHz clock speed. The writing tests were very similar, but the gap between the Hades kit and the other 3600 MHz kits were a lot closer here. The copy test on the other hand put the Hades kit down a lot lower than the other 3600 MHz kits with their lower timings. Then the last test was a look at the overall latency and you would think that timings would play a big part here but the Hades kit did well and even the desktop kit was near the middle of the chart with what should be much faster kits behind it. 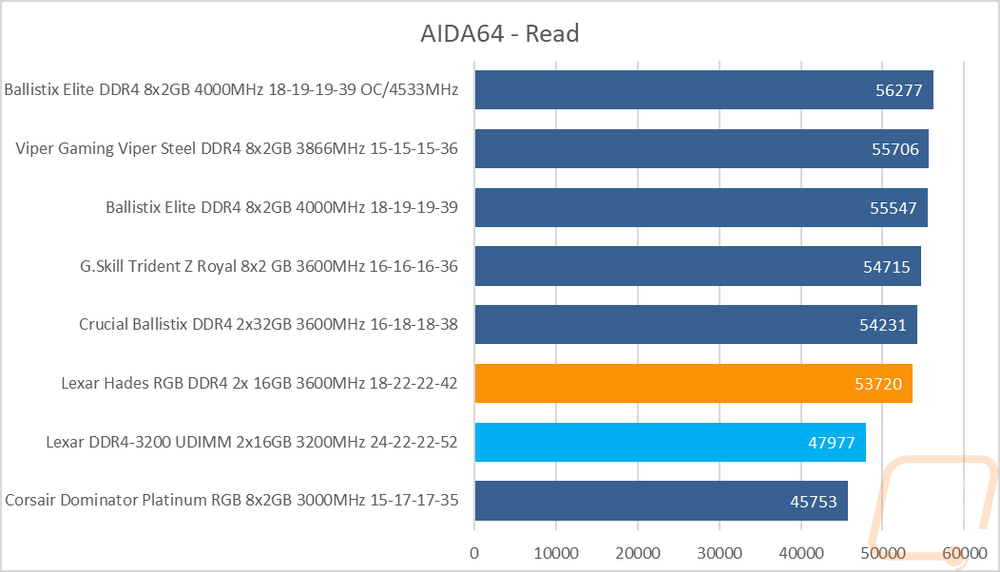 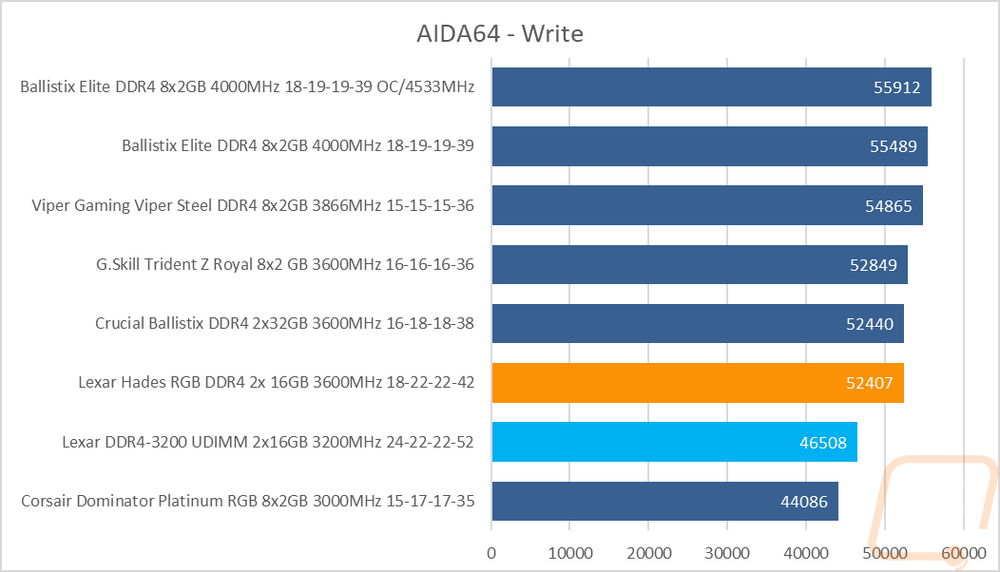 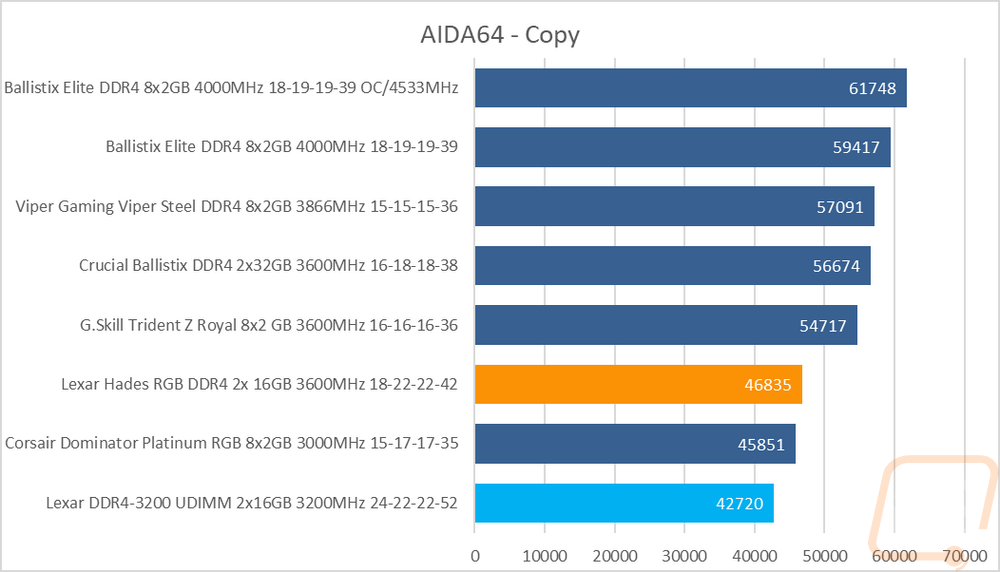 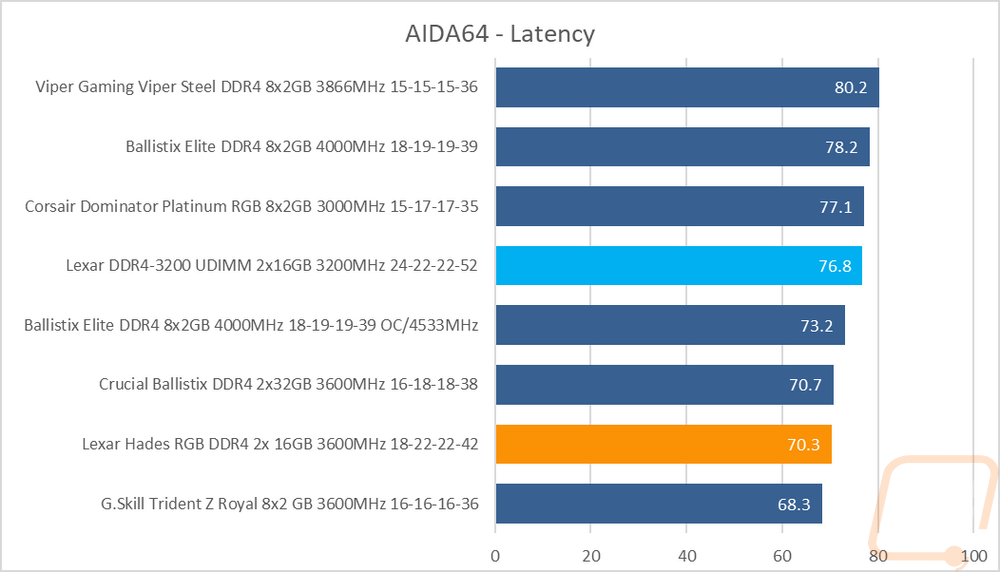 Next up I put both kits to the test in Cinebench R20 to see how much if any difference the different clock speeds and timings would make in the rendering with the CPU-focused benchmark. There were small differences in the performance, especially on the multi-core test. But in the single-core test, it preferred the slower desktop kit ironically. Overall though, here the performance difference from kit to kit was very small. 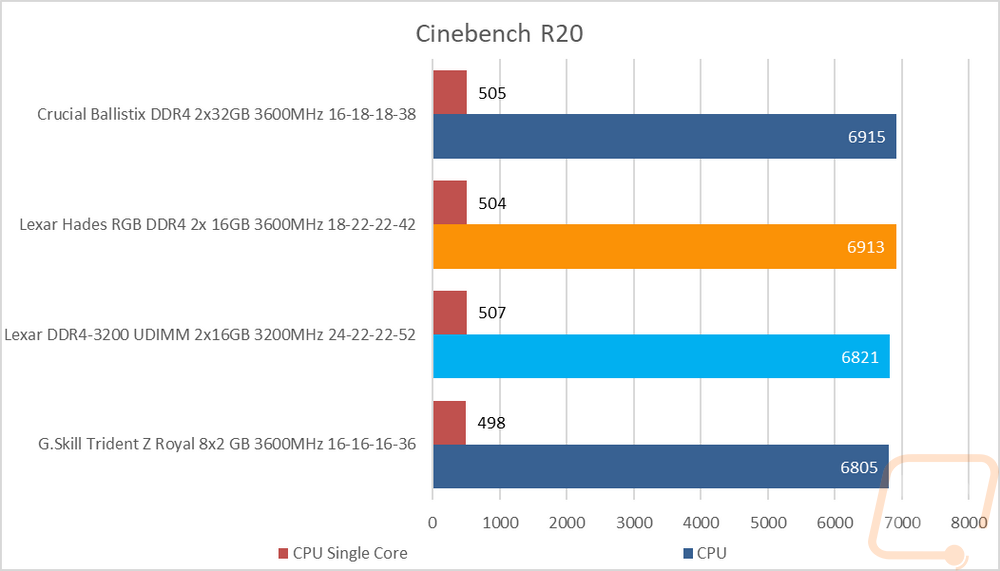 Then the last benchmark I ran was Passmark Performance Test 9. I ran the full memory mark test which runs a list of synthetic memory benchmarks and combines them all for an overall score. Here the Lexar Hades kit did especially well coming in second of the kits tested. The desktop kit also did well, outperforming a few faster kits which is because this test does take into account the overall memory capacity as well. 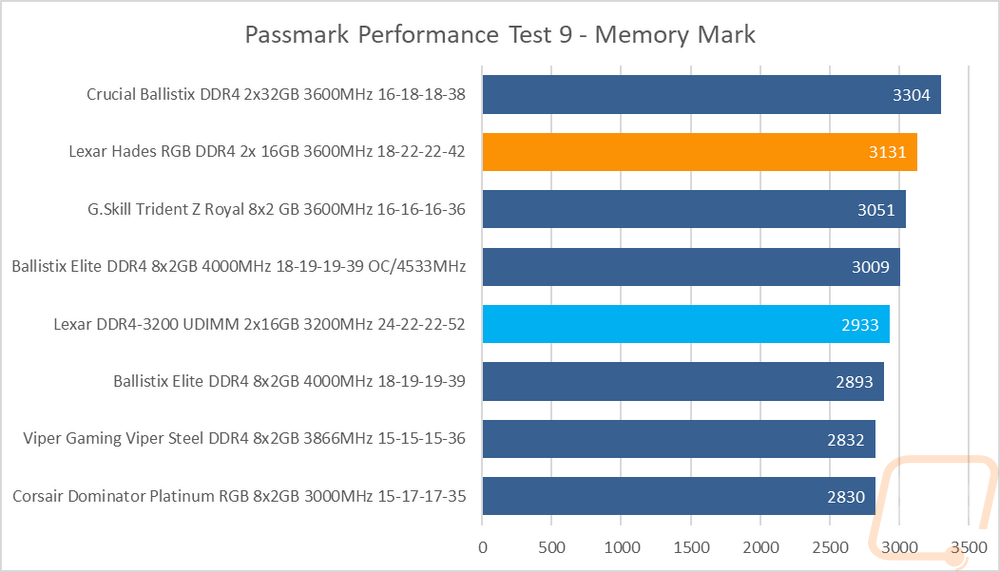 After finishing those tests I went back to AIDA64 and using their stress test put the memory under load for a half hour to get a look at things with the thermal camera. The first two pictures are the Hades kit and you can see that the heatspreaders were pulling the heat out across the kit well with no hot spots on the memory. The desktop kit on the other hand was showing warmer on each of the DRAM chips as you would expect with the hottest point in between the two sticks. But even then those weren’t hot enough to be any concern. 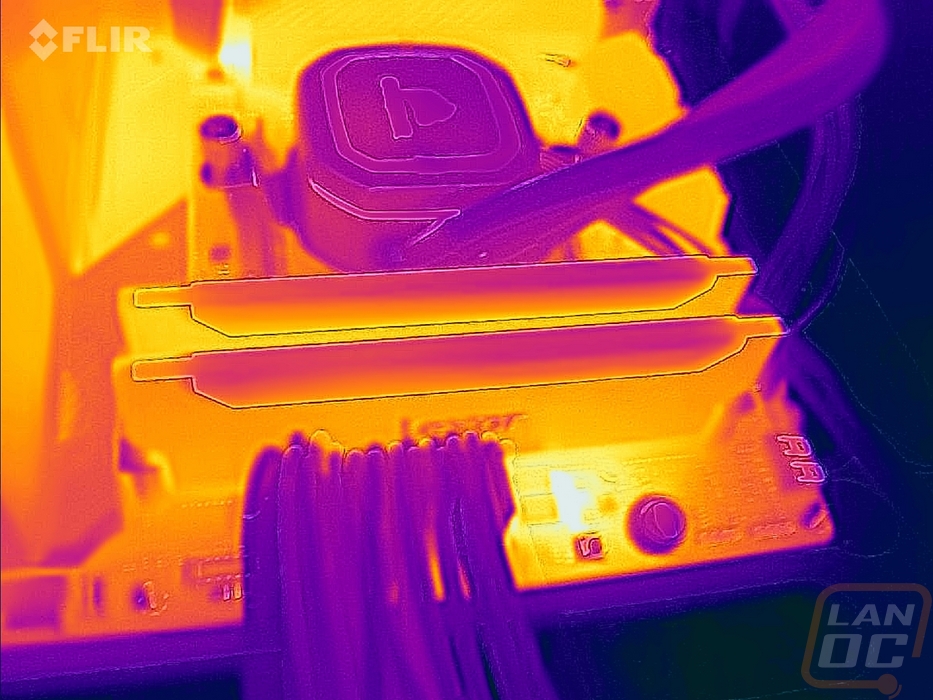 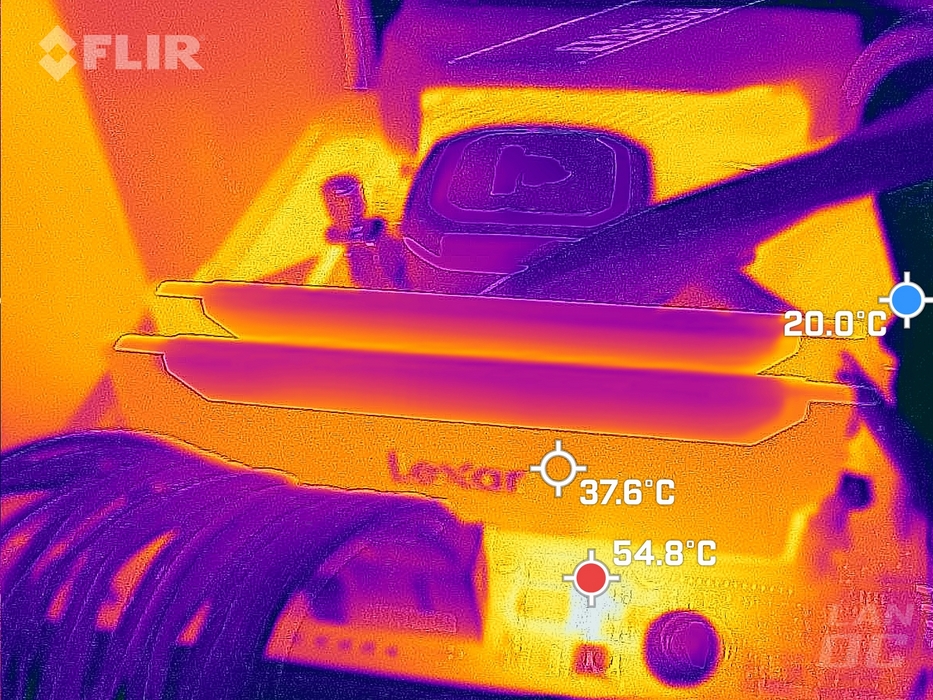 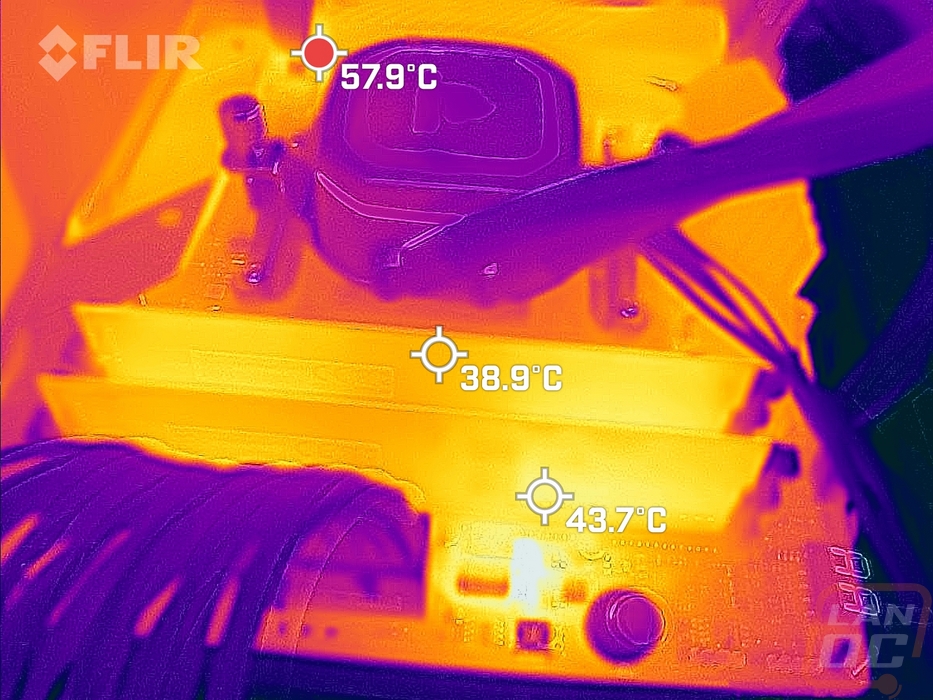 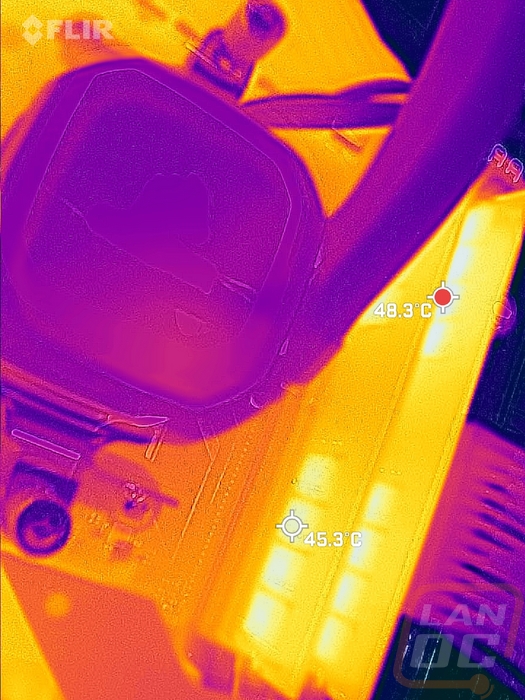 Before finishing up I also wanted to check out the lighting that the Hades RGB kit has up on top. As I mentioned in the previous section the entire top of the Hades kit is covered in a translucent diffuser to soften and spread out the light from the kit's LEDs. Without the diffuser, the lighting can be blinding and hard to even look at. But the best part is how the diffuser lets the colors blend together when it is running through effects like the default rainbow effect. So with support for all of the motherboard RGB software controls the Hades kit doesn’t need its own software but they do have one if you would prefer to use it called Lexar RGB Sync. You can do all of the normal effects as well as set the kit to single colors if you would prefer, which is what I like to do with RGB most of the time. I know most people think of the effects like below, but it also opens up new color options when previously if you had lighting it would be blue, red, or green and that was it. As a big fan of orange for example I can now match the Hades kit to the rest of my PC. 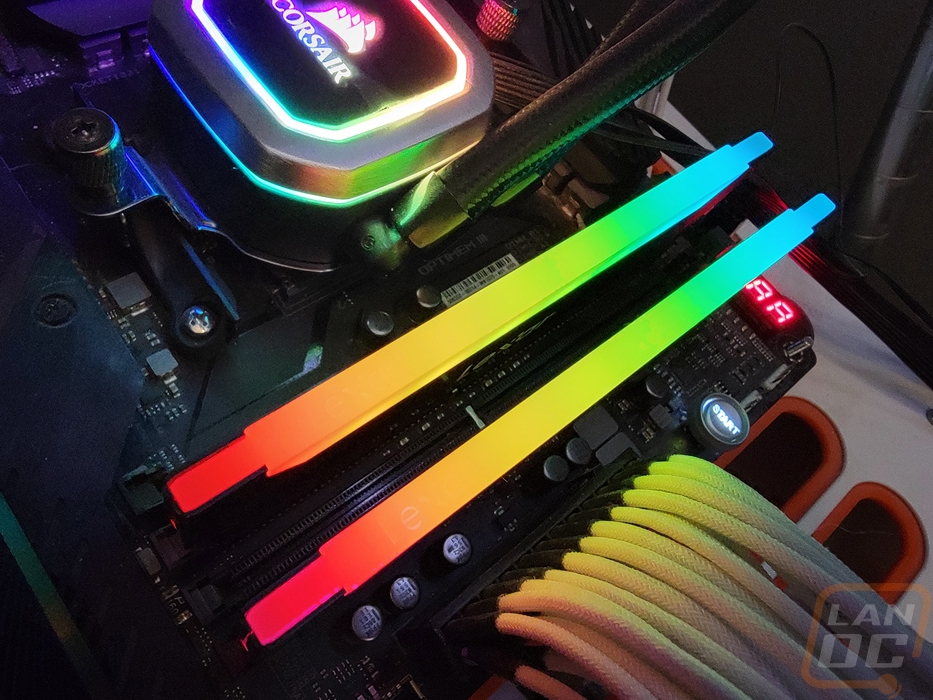 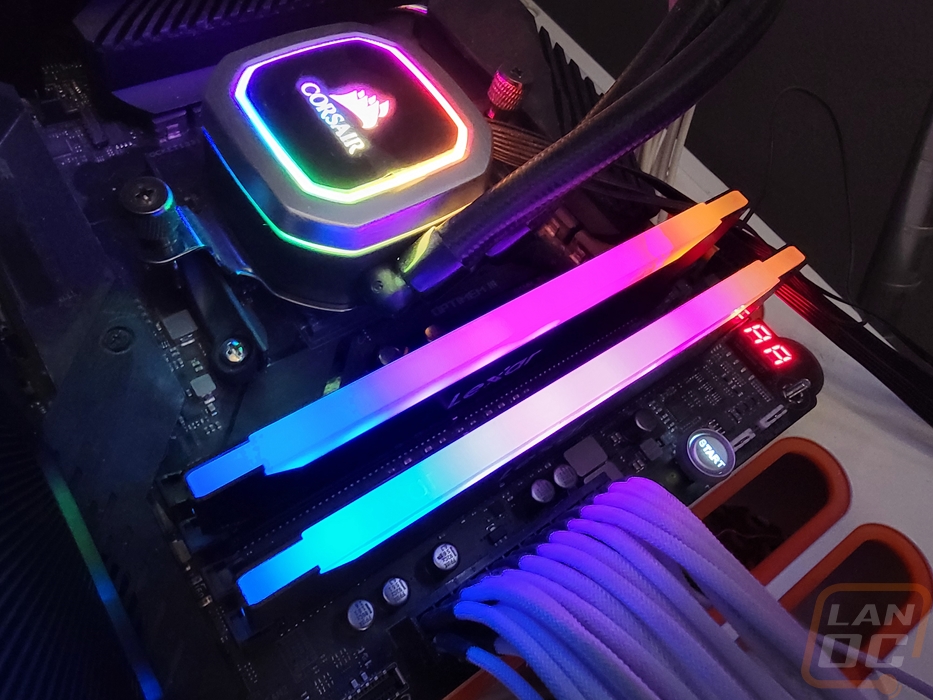 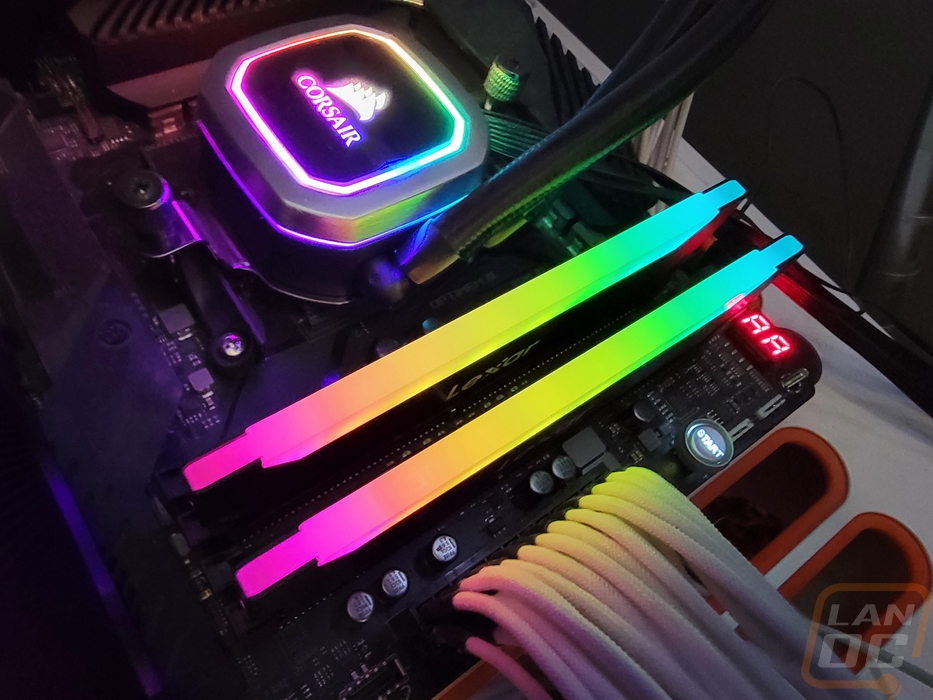 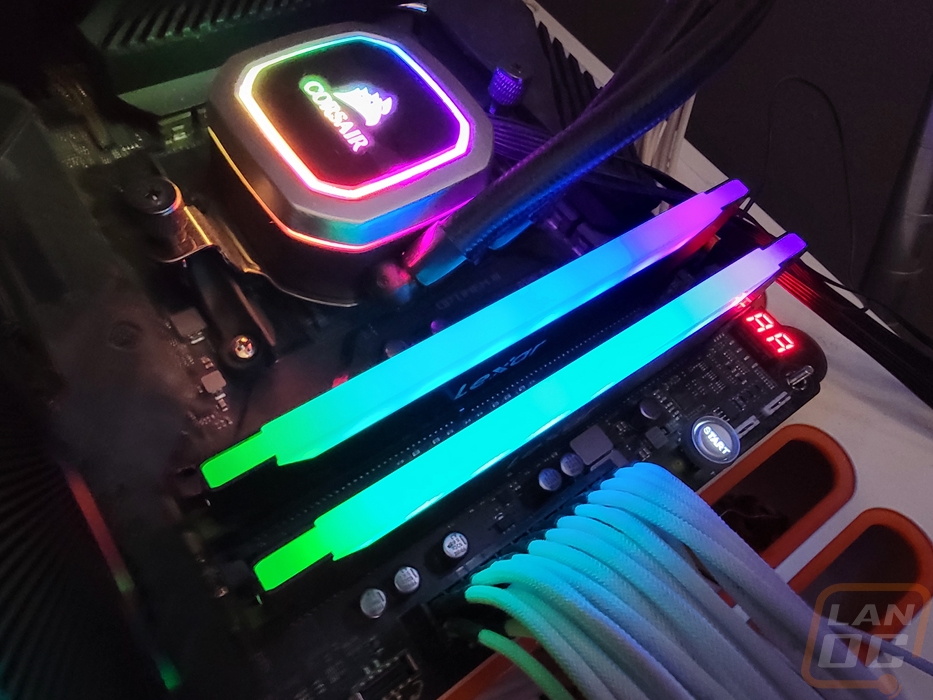 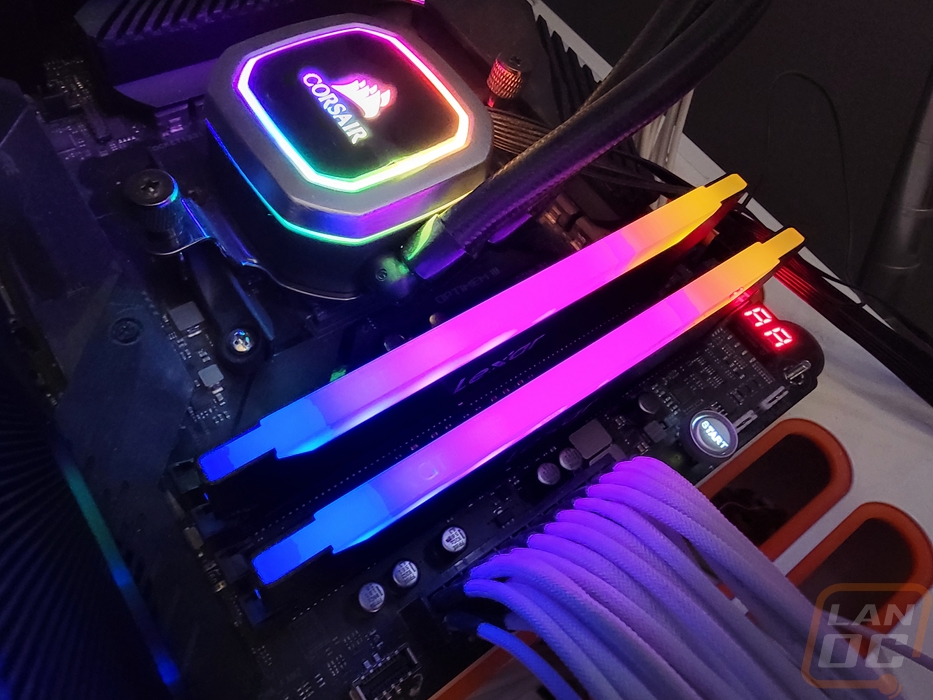 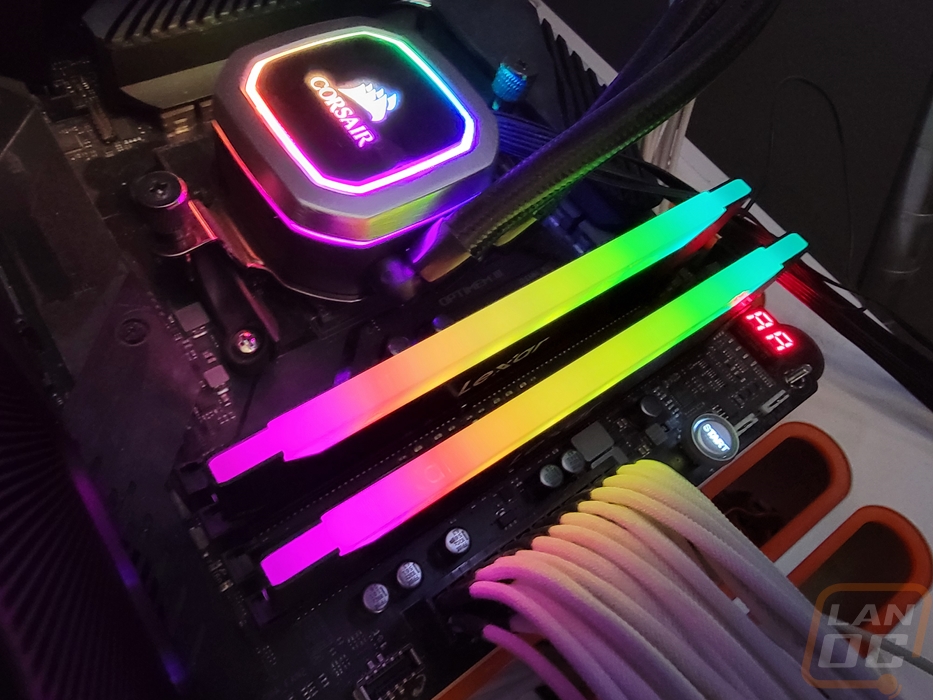 Here is a look at the default lighting as video as well.

We have 1873 guests and no members online