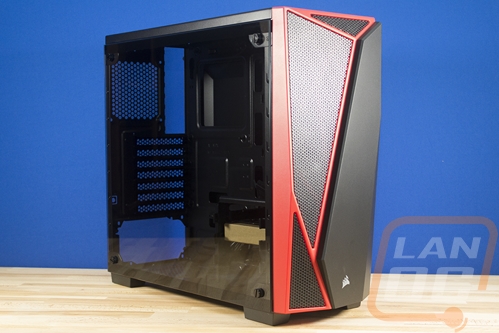 So like I mentioned in the previous section when talking about the components I went with. With our upcoming move, I did have to make a few changes to the actual build when I went to get it all together. One of those came up as soon as I started with everything. The original plan was to use the stock cooler with the Ryzen R3 1200 but well, it was buried in a box behind 50 other boxes at the back of a room. Lucky for me Noctua had just sent over a few coolers including the new NH-L9a-AM4 and while it doesn’t fit the budget, it will keep things cool for my testing. So I started off the build by getting our CPU installed into the Gigabyte motherboard and pre-installing the cooler. I would normally also install the memory but I was scrambling to find the Vengeance memory that I had planned on using (that I later realized was also back near the cooler *facepalm*). 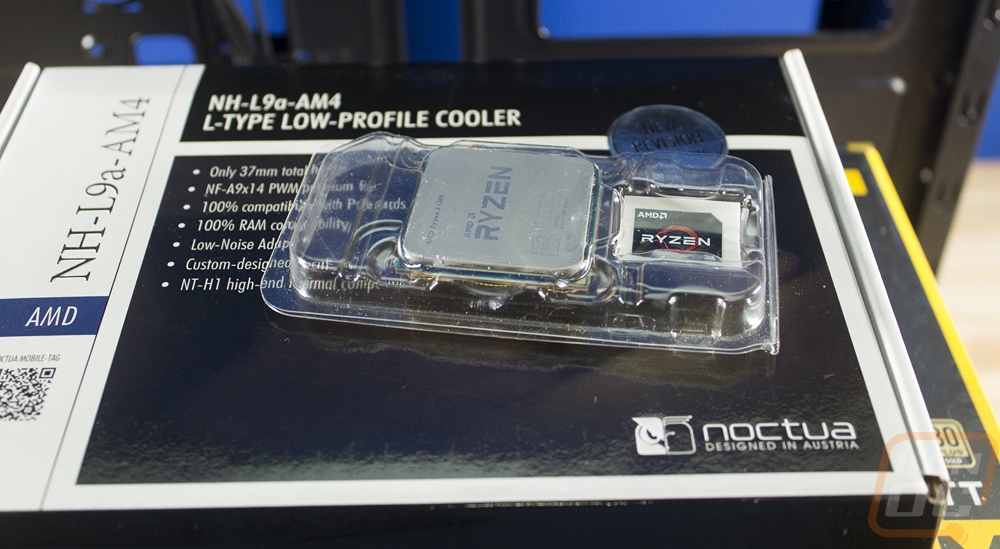 To install the motherboard I slipped in the rear I/O shield and then dropped the board into place. This specific board is a little thinner than normal so it actually doesn’t even reach the three screws over on the far right so I only had 5 screws to install. It would be six but Corsair is nice enough to have one screwless standoff that helps center the board in the right spot to make the other screws easier to install. With those in I set out to also installed our video card. I will say I’m not a fan at all of the shield over the PCI slots on the back of the case, it is held in place with two more screws and you might need three hands to be able to hold it in place, hold the screw, and use your screwdriver when reinstalling it. 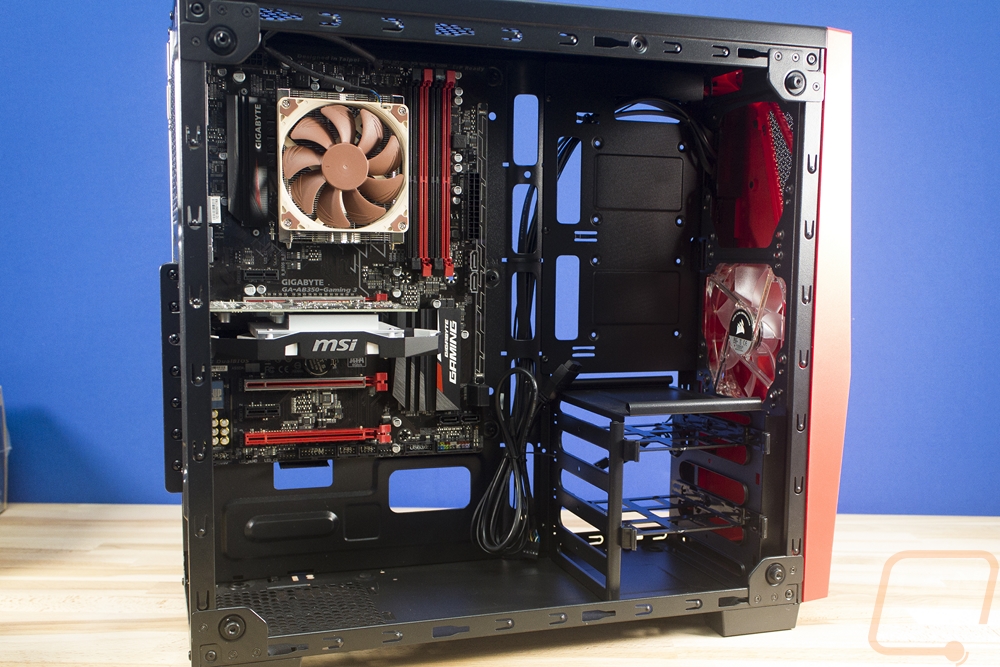 With the video card installed I then just had to install our SSD and drop in the power supply to start wiring everything up. I routed the cables where I wanted them to come out but didn’t stress about room in the back too much at the time, just making sure to get each plugged in on the board. From there I flipped everything around to find this wiring mess. I then grabbed three of the four included zip ties and worked on cleaning it up a little. Its far from the cleanest wiring job I’ve ever done but my main goal here was just getting things clean enough that the side panel might go on. Those of you who are spoiled with today's higher end cases don’t know the struggle of praying your side panel will go back on with the wires behind your motherboard tray but this case will give you an idea of what it was like. 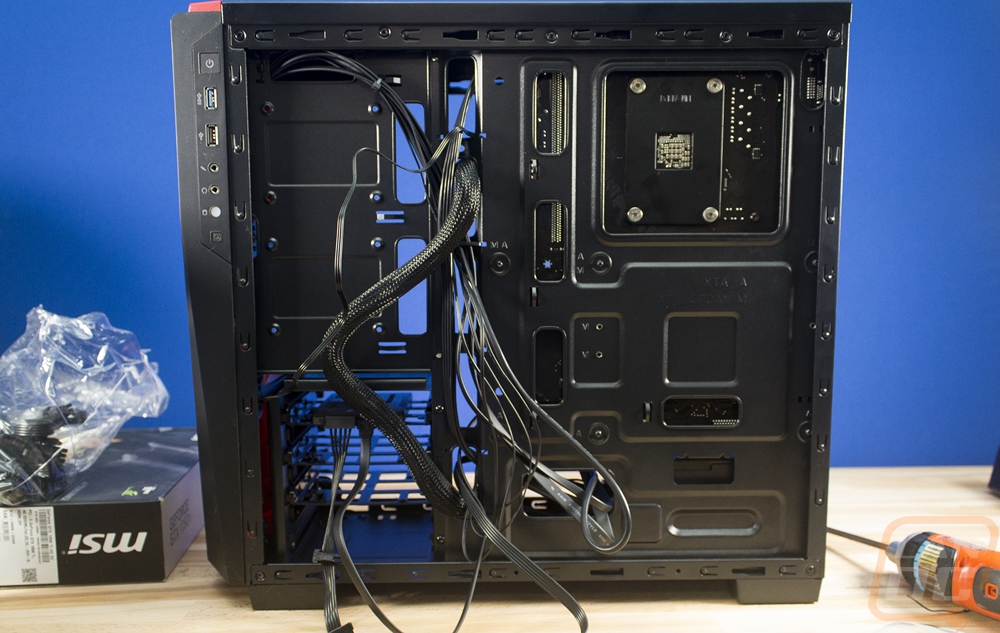 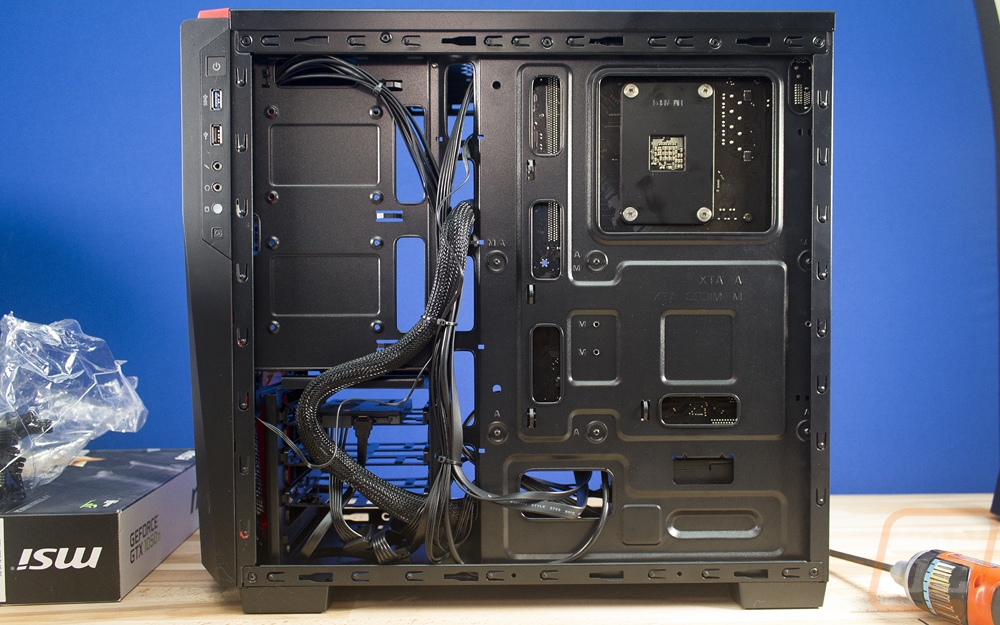 With the wiring done I put the back panel back on and I can say that overall the case looks good. The wiring isn’t too back for a case without the modern wire management covers and as you can see there is a lot of room for a longer video card in the future. The Gigabyte board also looks really good with the red trim on this specific model. 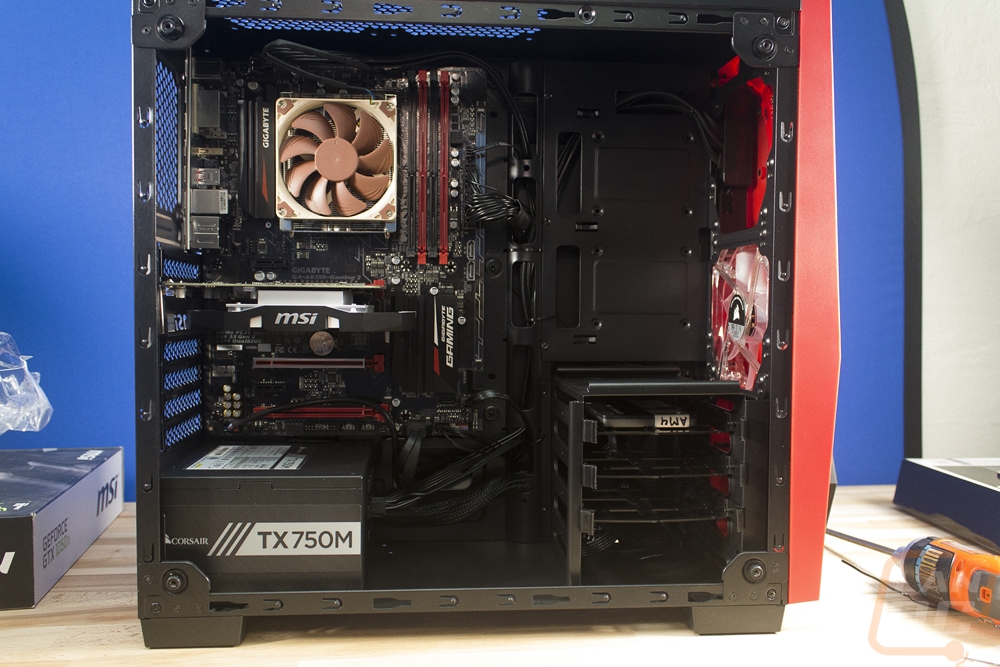 We have 1593 guests and no members online