Fortlan I - Tournaments and Food

There were plenty of tournaments throughout the entirety of FortLan. The first tournament got started very late and I was worried that the schedule would fall to pieces. The staff recovered nicely and got everything back on track for after the first couple. There are a couple things I want to talk about when it comes to the LAN tournaments. I loved the format of most of them, but I felt that overall they were too short. It seemed that in comparison to the Four plus hours that were spent playing League of Legends, that only a short about of time was spent on the other games. There was also quite a bit of confusion as far as what game type, how many rounds, what maps, and what server settings to use for many of the tournaments. This is partially due to the person being in charge of most of the tournaments being the third string tournament organizer. The person running the tournaments did an excellent job for being on short notice and did their best to try to make everyone happy, but not knowing server commands and how exactly things were supposed to be set up definitely hindered how things flowed. The other problem I had was that a couple of times the staff member running the tournament was actually playing it themselves. I have no problem with staff being a part of the tournament, but I would hope that there would be a dedicated staff member watching the games as they are played to make sure that there isn’t any rule breaking or bad mannered behavior. 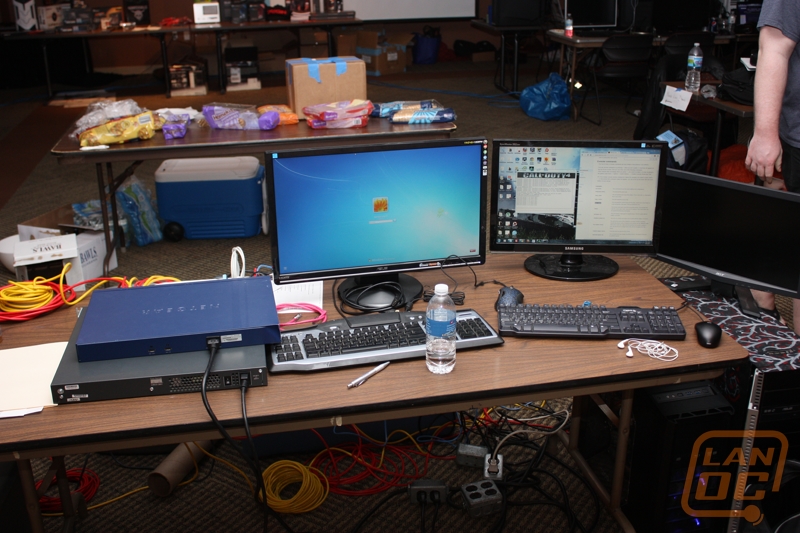 The next area I want to comment on is the food. The food was excellent in my eyes. There was as I mention before a community snack table which was awesome, it was stocked from start to finish with cookies, pretzels and brownies, all free of charge to LAN attendees. At the start of the LAN there was also a seven layer nacho salad located in the back of the room and it was very good and free of charge. There was the famous Twodavez breakfast of unlimited pancakes and two pieces of sausage in the morning for only five dollars. I have it on good authority that Twodavez is an amazing chef and that the pancake breakfast always beats driving out for food in the morning, but being as how I am not a pancake guy myself I did not participate. Dinner was also five dollars and included five slices of Papa John’s pizza (dealer’s choice on topping) and soda. This was also a decent deal, though I have seen better deals and had better pizza it was still a very affordable and acceptable alternative to having to drive out to grab food and miss some of the action. 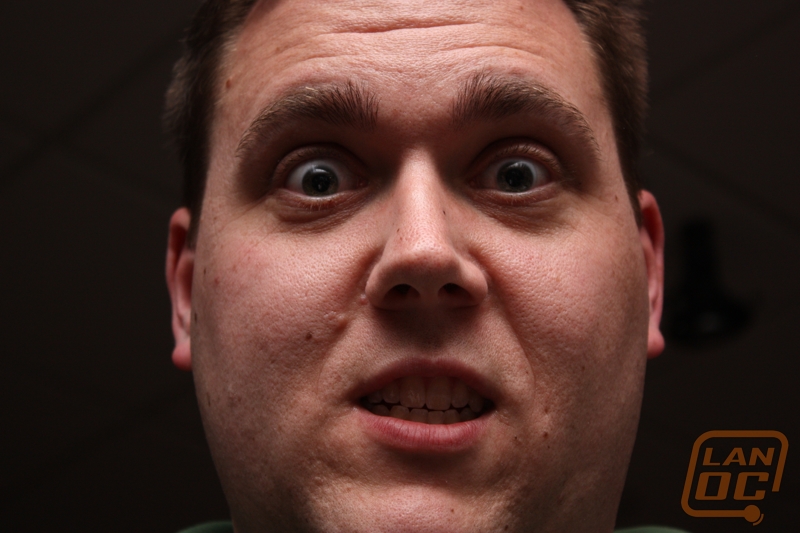 We have 1159 guests and one member online