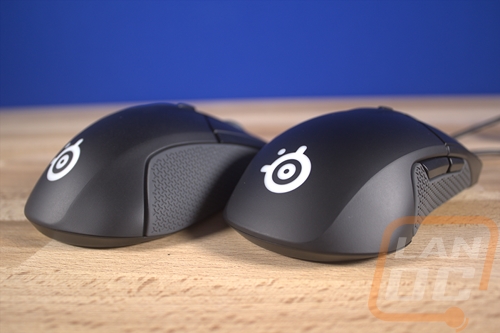 So while this is a huge launch for SteelSeries the software didn’t really change. They did update it to support the two new mice but it is still the same SteelSeries Engine 3 that we have taken a look at a few times now. When you open it up it will list all of the devices you have ever had hooked up. I went through and cleaned out everything I don’t have currently hooked up so you can see the three mice and one headset. If your device needs a firmware update it will let you know with that red stripe and walk you through the steps, before testing the two 310’s I updated them as well. 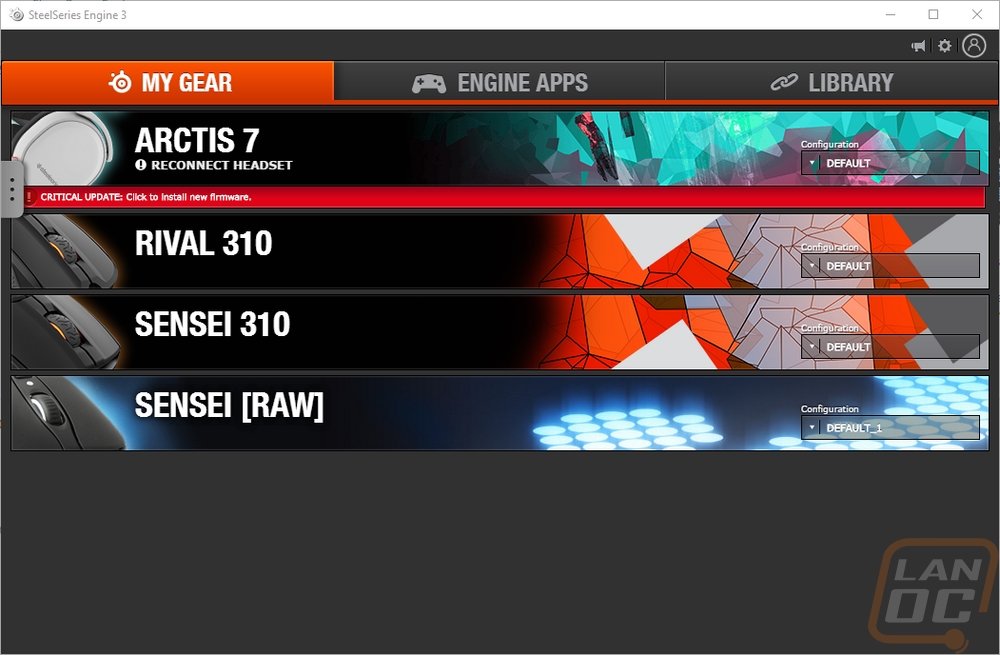 Once you click on one of the mice you get the main page with a photo of the mouse in the middle. Each of the programmable buttons can be clicked on and over 9on the left you can program them to do whatever you want. You can launch applications, run macros, set them to media buttons, mouse buttons, or keyboard buttons. You also have quick options to set if the button press is a toggle and to set one click or put it on repeat. Along with that you can set the number of repeats and set the speed that it does it. Over on the right, the first two options are the two CPI settings. 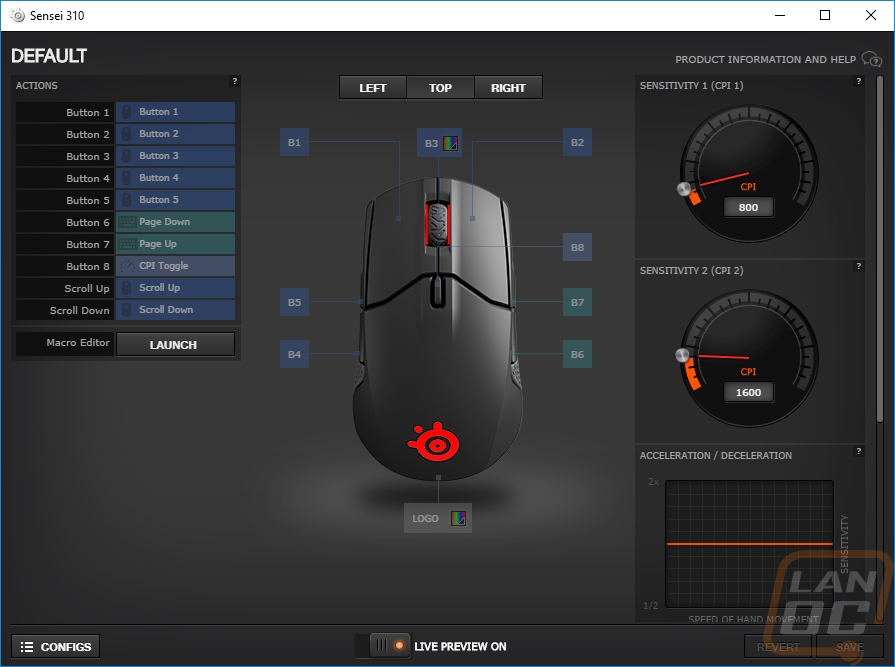 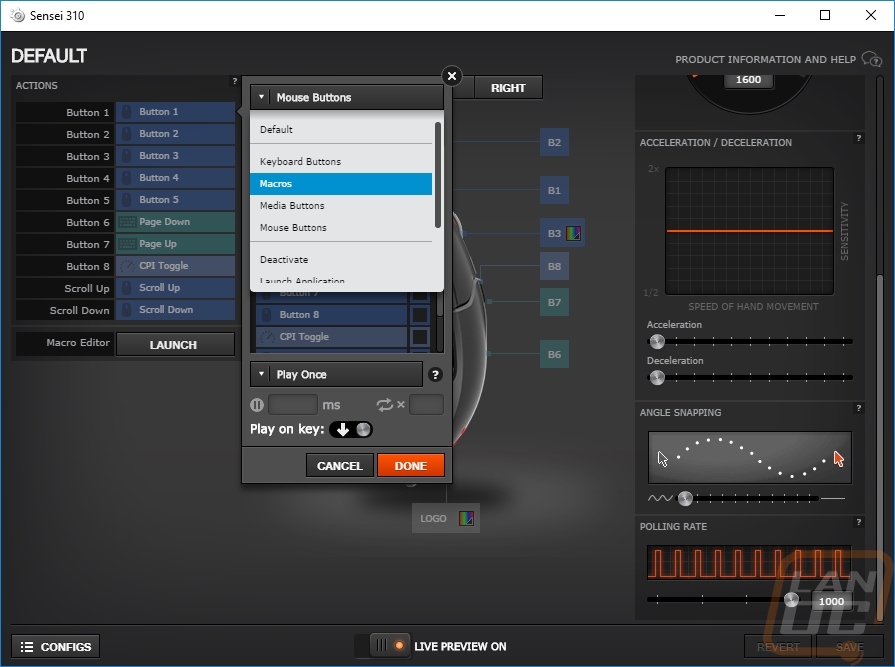 There are a few more settings as you scroll through the options. Most you won't want to turn on like acceleration or deceleration or angle snapping. These are literally the things that they are trying to avoid with the new 1-to-1 tracking. So really the only option here is the polling rate but you should leave it unless you have issues with it running at 1000. 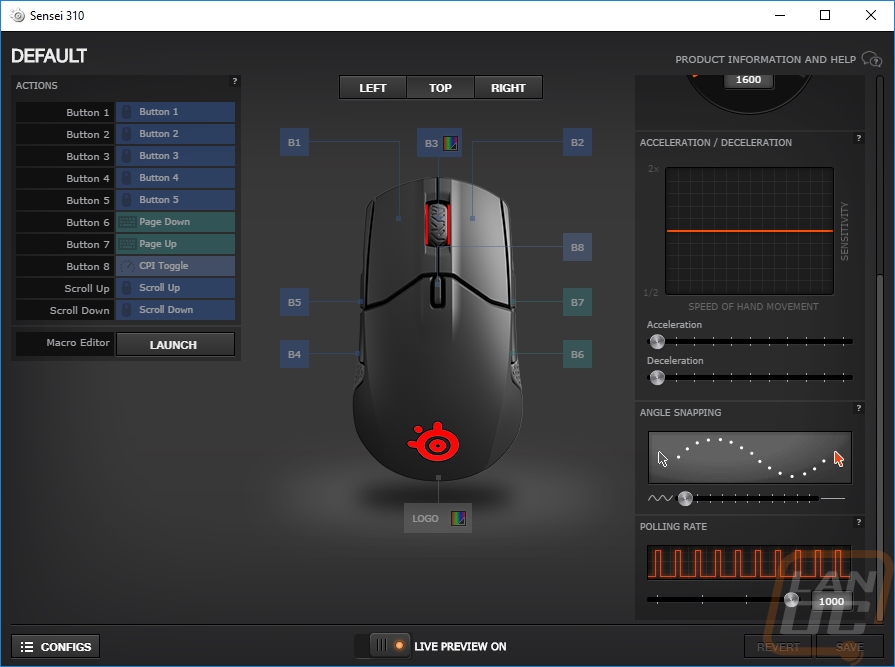 The software for the Rival was the same, only with a different picture and fewer buttons to program but I did get a screenshot of that as well in case anyone needs it. 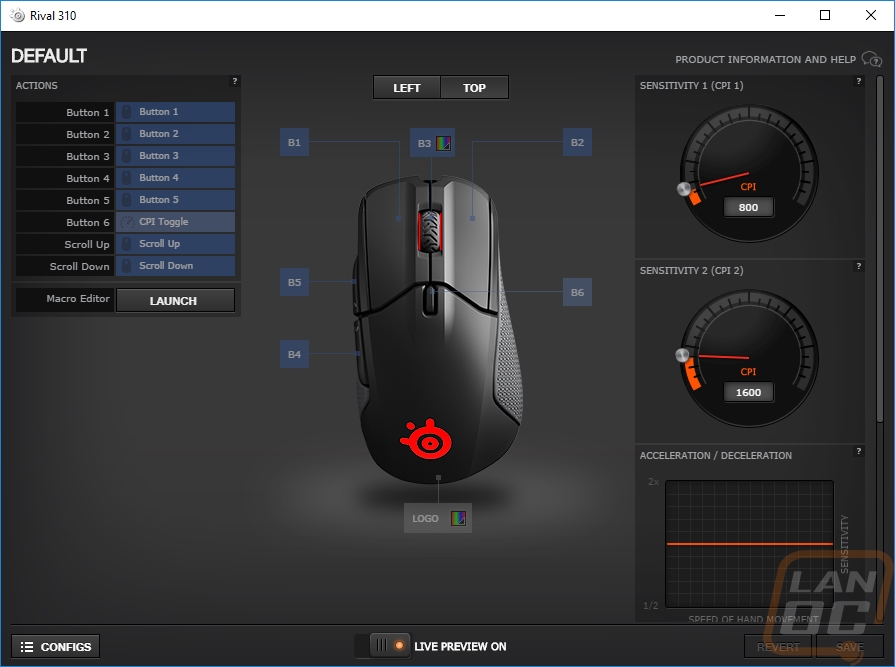