Customizing your new mechanical keyboard - Spicing up the USB cable 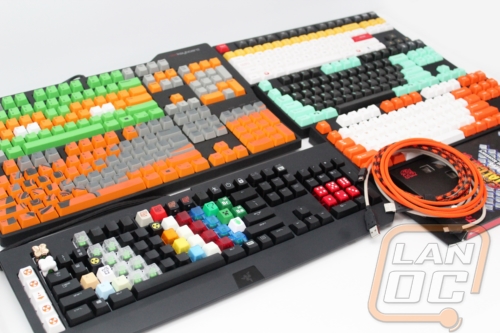 Spicing up the USB cable

While a good portion of our coverage here is about different options you have with keycaps to make your mechanical keyboard your own there are still other options. One of the biggest is also the easiest thing you can swap out on a lot of keyboards. What I’m talking about of course is the USB cable. Keyboards designed for enthusiasts have had removable cords for a long time but only a few of the more gaming focused keyboards have the option, so before you get too excited about doing this you need to make sure your keyboard actually has a removable cord. Having a hard wired cord doesn’t necessarily prevent you from still doing this, it just makes doing it a hell of a lot harder. Lucky for me out of the 6 different keyboards that I’m working with today, four of them have the option. Oddly enough all four are Cooler Master keyboards, but you can also find the option on Filco’s, Duckys, Happy Hacking Keyboards, and a while list of others.

Once you figure out if you have a removable cord (it’s really easy to figure out btw, does your cord unplug :p), next you need to figure out what connections you will need on each end of the cord. Of the four keyboards with a removable cord in my testing, I had three different connections. Two had a Micro-B, one had a Mini-B, and another had a standard A plug. All four had a standard A style plug on the end that plugs into your PC as well. If you have Filco or a Realforce there is a chance you might also need a connection that is proprietary to each of those brands as well. Once you are armed with all of that information, now it is finally time to figure out who you want to buy a cable from. For those of you with a Micro connection you might be able to find a few non custom options made for charging cell phones, but for the most part the main retailers are small companies that custom make the cables specifically for you.

For my testing, Mimic Cables was kind enough to sign up and send over a few of their cords. They let me pick from their selection of braiding, connection types, and cord lengths to put together three cables. You aren’t limited to just keyboard cords, while you are ordering you can also get a cord for your cellphone (include iPhones), PS/2, headphone, and Amp/Dac cables. There is no way I can cover even the full selection of sleeving options even but to give you an idea of the variety you have 150 options. Just assuming that one end of the cord will have a Standard USB connection, that makes for 900 different variations of the cords. That doesn’t even take into account different cord lengths or having them braid or coil your cord.  Talk about options!

So what cords did we go with? Well funny story there! When working with Mimic Cables, I wasn’t completely sure what options we would have coming in from a few companies still but I had already designed the custom keycap sets from WASD Keyboards and I had the Cherry Replica set from Techkeys so I knew for sure I would be using a little orange, plus frankly this is LanOC we love orange here. So I ordered a black and orange paracord model as well as an orange MDPC cord. For the last one I knew that my wife’s LAN keyboard would most likely not be orange but I didn’t know what it would be so I went with the Silver Silica option to check out their premium cord sleeving and to keep it neutral. Well when order I made a small mistake that I often do, even when writing. I mixed up the connection types, I needed two Micro USB cables and one Mini because my two keyboards the Novatouch and the Quickfire Rapid-I both have a Micro connection. So in the end I ended up with two amazing orange cables that will only work on our black and mint keyboard and two Micro keyboards with just one micro cord. All isn’t lost though, I think I’m just going to turn lemons into lemonade and order a creamsicle paracord cable that will go perfectly with the Orange Cherry Replica keycap set on the Quickfire Rapid-I. 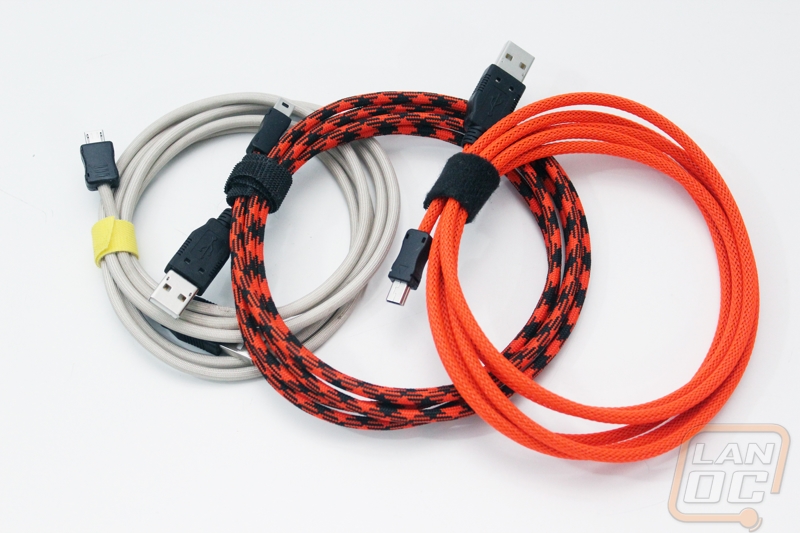 So how do the cables look? Well, all three look great. I especially like the paracord and the MDPC cords. The paracord is a little softer and is made of nylon with a tight weave pattern where the MDPC is rougher to the touch and is a looser woven plastic. The Silver Silica is also soft and feels a lot like the paracord to the touch. I prefer the paracord and MDPC sleeving simply because the Silver Silica does add a lot to the price. All three cords had the same black plastic connectors. The Mini and Micro USB connectors are slightly thicker than a premade cord. This did cause the connection on the original Cooler Master Quickfire Rapid to push out a little more than I would like. This isn’t a huge shock though, even the original connection was almost too large as well. I wouldn’t really hold that against Mimic Cables as much as I would just keep it in mind if you are looking to pick up a cable for your Quickfire Rapid. 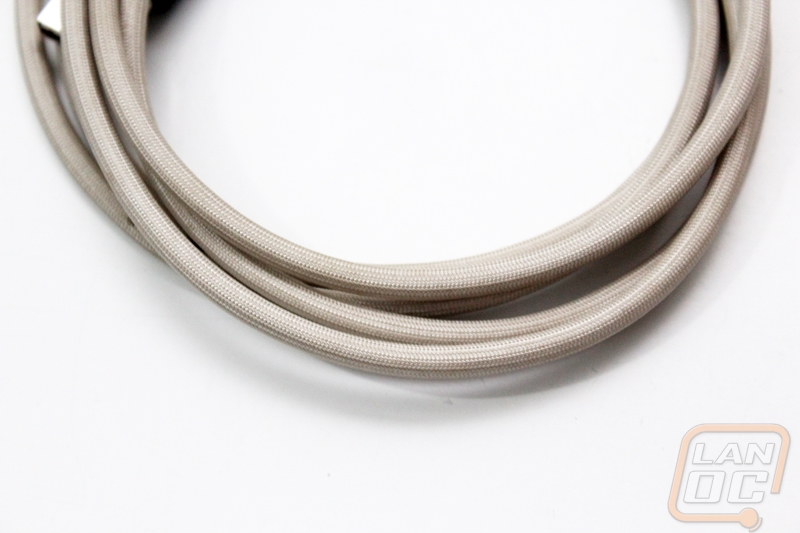 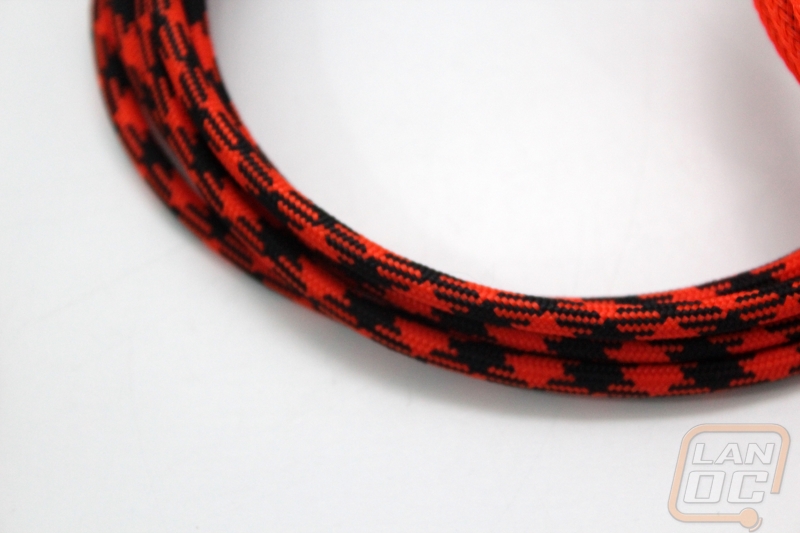 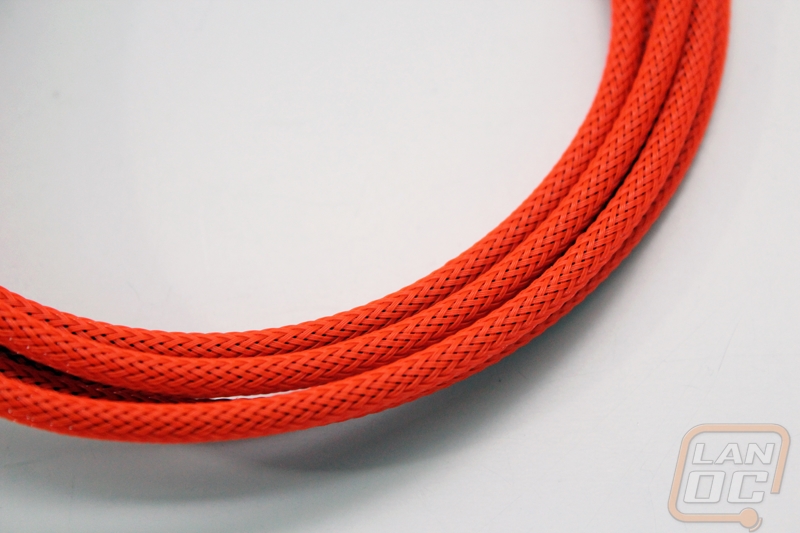 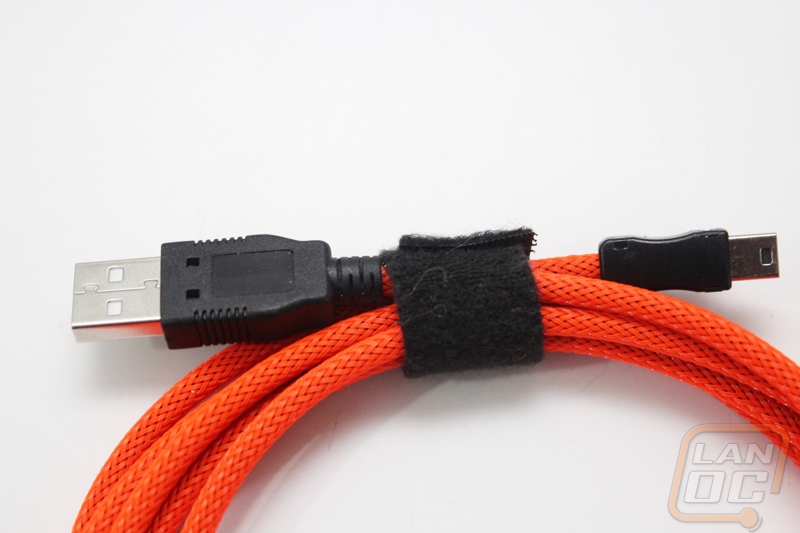 How do they look with the keyboards? Check them out! 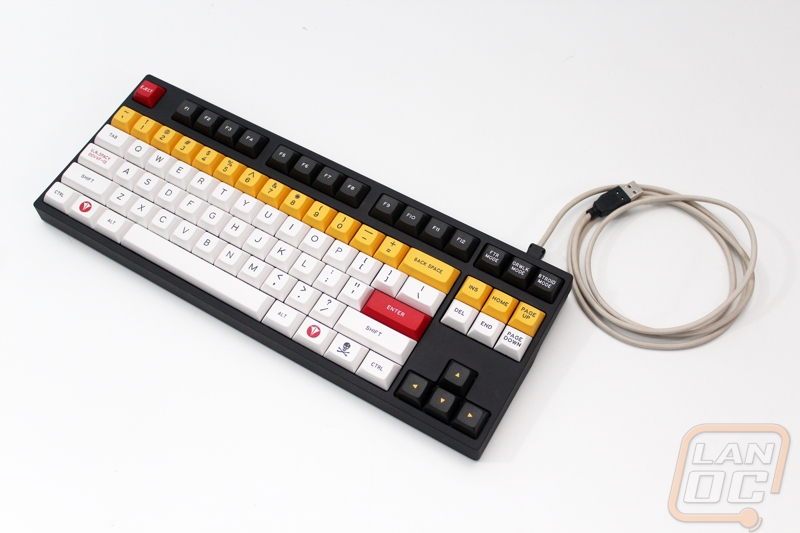 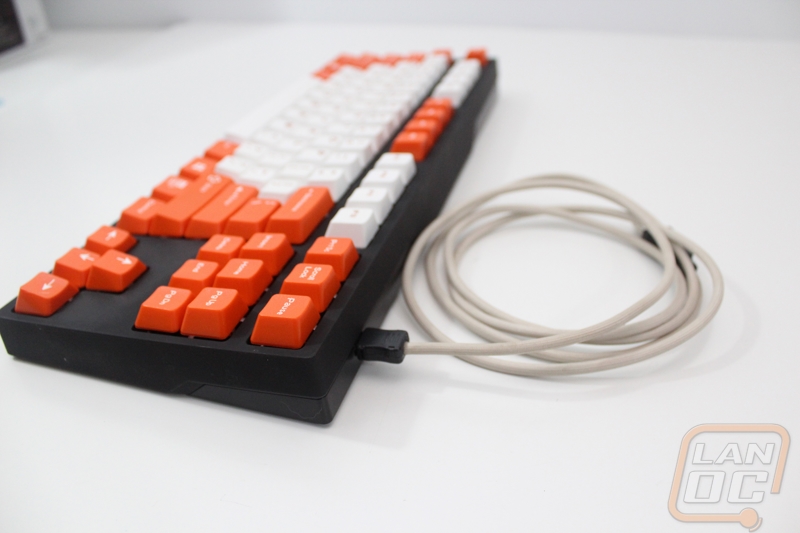 Mimic Cables also sent over links to a few Flickr albums where they have posted up other cables they have made. You can also see examples of their braiding and coiled cables in there. Keep in mind when ordering your cable that you need to order it with enough lead time for them to get it finished. These are custom cables, they make each one specifically for you.

garfi3ld replied the topic: #35848 12 Nov 2014 17:39
Those of you who have me on Facebook might have seen a few pictures of custom keyboards popping up. Well today is the day that we finally dig in and talk about a few different ways to customize your mechanical keyboard.

We have 1571 guests and no members online