Today I have the chance to take a look at the Strato Headset from Ozone. Previously, we took a look at their Smog during mouse week and their ground level mouse pads soon after. They obviously have a strong focus on gaming. I hope that focus carries over to the Strato headset; I plan on putting it to the test in a few too many sessions of Modern Warfare 2. 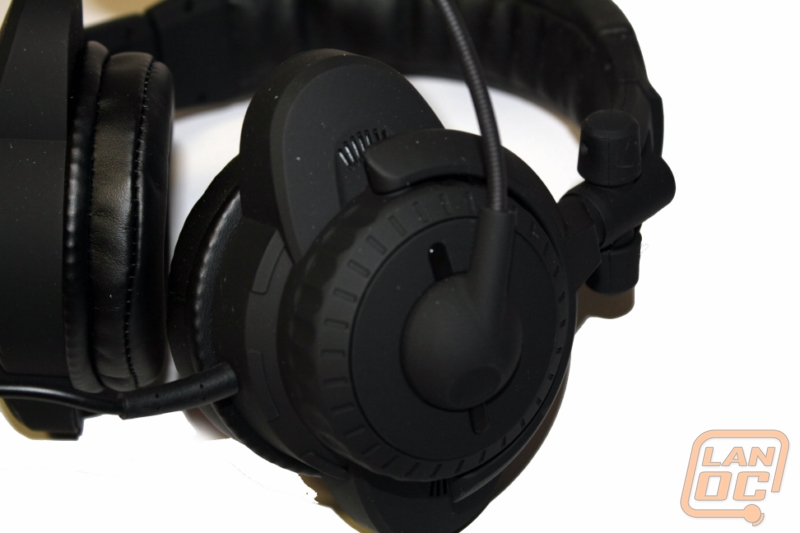 When I saw the packaging for the Strato I was expecting a very large headset. The packaging was large and a much different shape than what we normally see. The design of the package sported the black and red color theme that Ozone uses. It gives you a nice window to get a peak of the headset, although you see more of the plastic holding the headset than anything else. I’m fairly sure the headset was placed in the package backwards before being shipped to us, it looks like you would get a good look at the ear piece if it was put in correctly. Around back there is a nice picture of the headset, along with the specifications of the headset along with each of its speakers. Inside the headset is secured in a form plastic shell, with the software and manual hiding under the plastic. 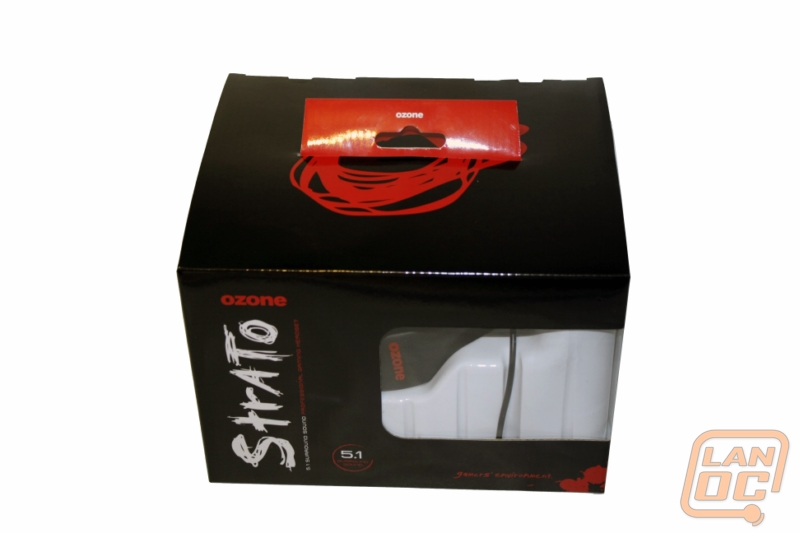 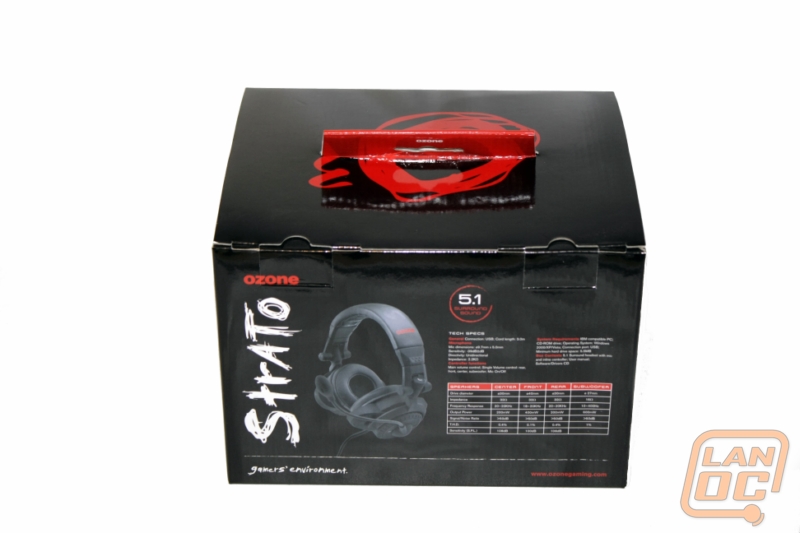 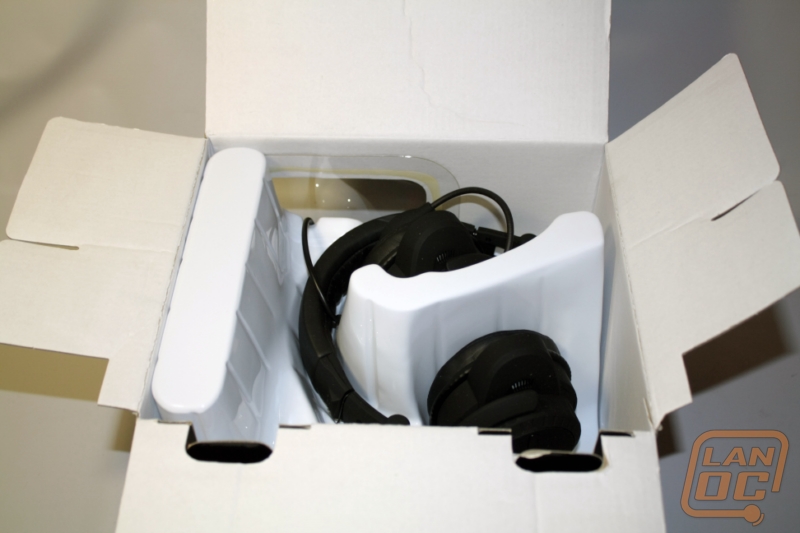 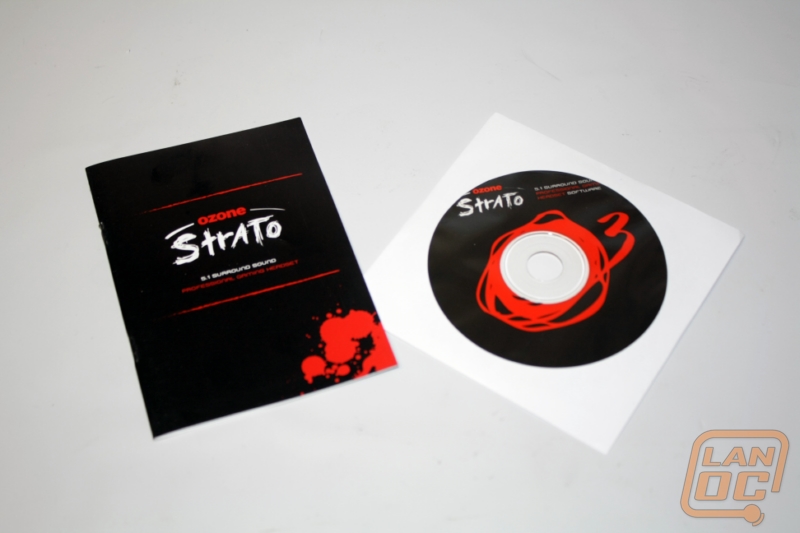 The Strato came with an install CD in the packaging. With it being a USB headset, installing the software was required before I could get it up and running. The software itself is fairly generic, I’m sure this software is the same used by many companies. That doesn’t matter, of course. As long as it gets the job done. You have all of the normal adjustments like bass and treble adjustment. They also include environmental sound effects, like echo’s, to give you the impression your listening to your music in a concert environment. Where the software really shined, to me, was the ability to morph your voice. There are multiple configurations. This includes changing your voice to what sounds like the devil or a little boy or girl (watchout pedos!) 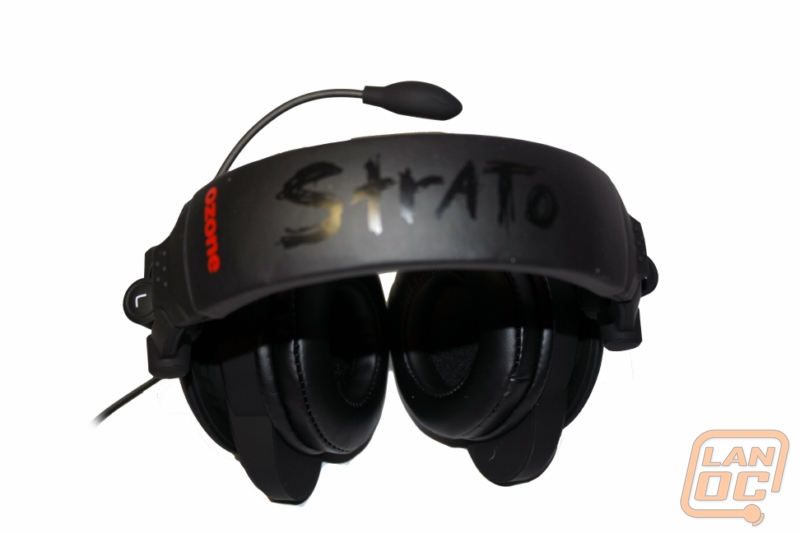 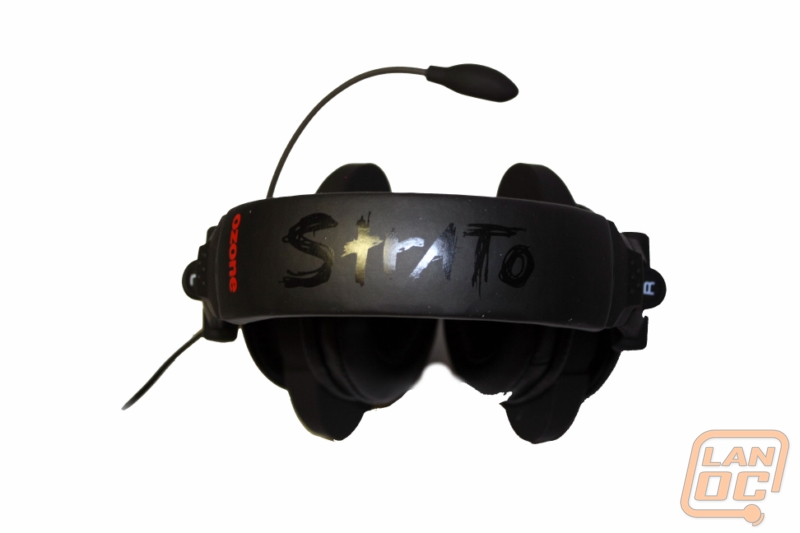 Now that we are passed all the dirty little details, I finally got to put the headset on and play some games. I hardly had the headset on before I noticed how much they weighed. I wonder if the added weight will cause any discomfort during long sessions? The first time I leaned back in my chair, the top-heavy headset slipped right off, opps! Keeping this in mind, you have to be a little more aware of how you are sitting to keep them from sliding off. Other than the weight and top-heaviness of the Strato, they are comfortable. Not at the same comfort level of the PC-350’s or Siberia v2’s, but great for an on-ear headset. 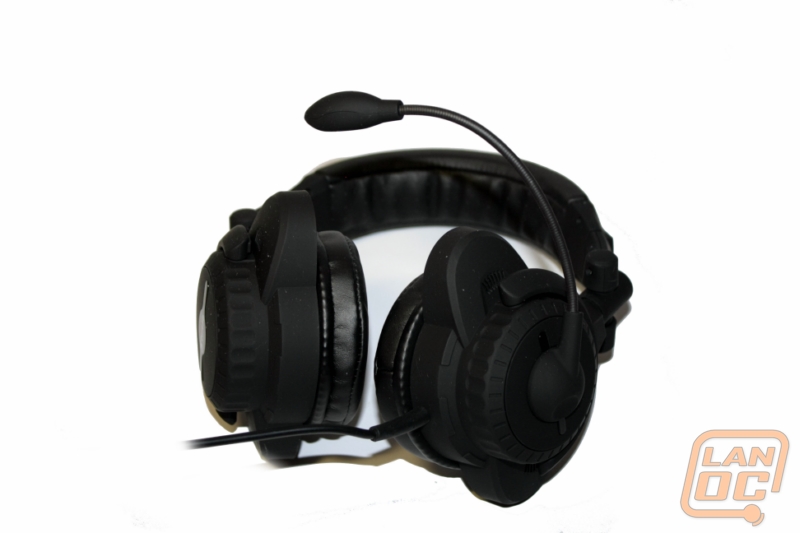 When it comes to sound quality, the Strato’s built in USB sound card falls somewhere near the performance of most on-board sound, on today’s motherboards. The highs where a little weak, even after some adjustment, using the included software. The remote built into the cord gives you control of front, rear, center, sub, overall volume, and a switch to mute the microphone. There is also a light on the controls that lights up when you have the microphone on mute. Where the Strato really shines, is the ability to morph your voice into multiple sounds. This feature was a blast to play with, at least at first. It is a novelty that wears off, but if you are looking to jump into a server and mess with people, you can’t ask for a better way to do it! 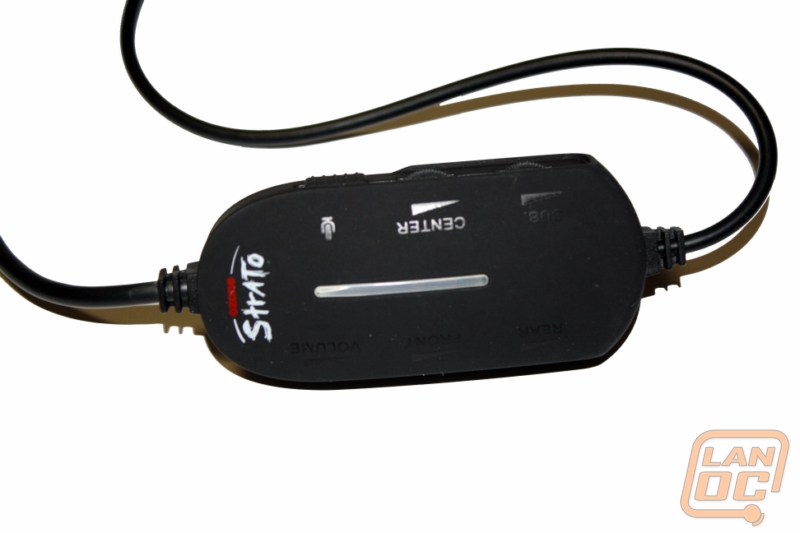 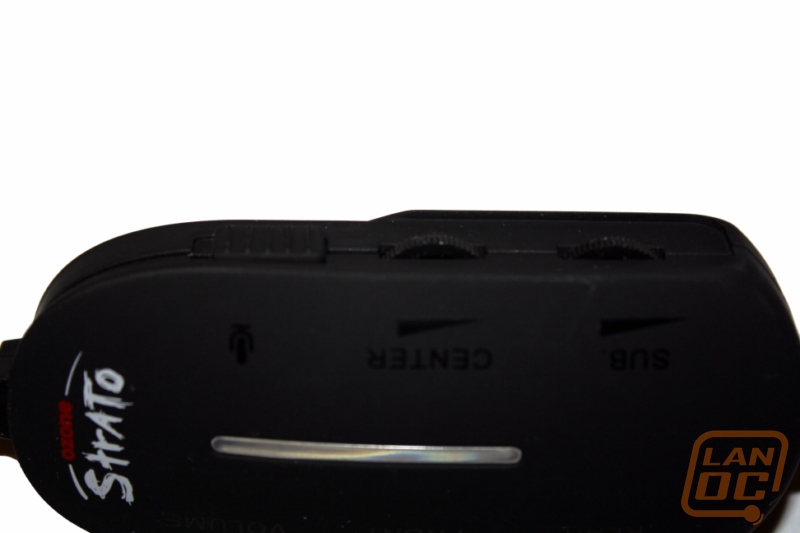 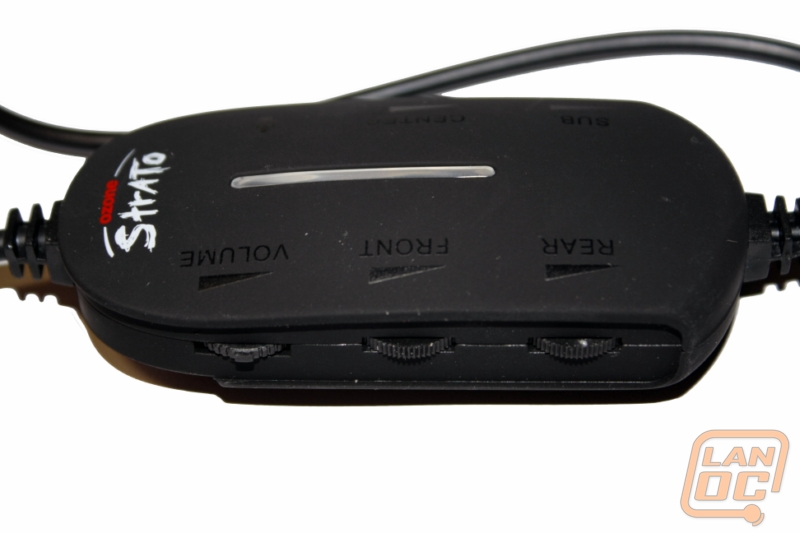 The Strato wasn’t without faults during our testing, but that’s not to say that I didn’t have fun with them. I spent more time than I should have playing with the voice morph software, to the point where my wife had to step in and bring me back to reality. I was also impressed with the inline controller on the Strato, it’s nice to have the ability to adjust what needs to be adjusted, without alt-tabbing out of game. Of course wearing the Strato was a balancing act.. Literally. The top heavy headset loved to slide off, making it hard to use sometimes. I would liked to have heard a little better audio quality from the headset, but this is fairly normally with most surround sound headsets that have multiple speakers. Overall I would still recommend them as long as you find the right deal. At the 79.90 USD MSRP they may be a little pricy, but a little shopping may afford you a good deal. 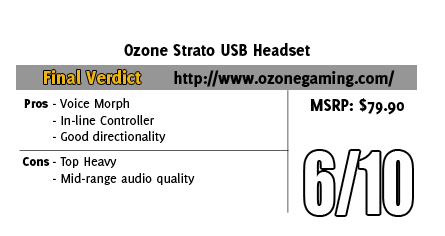 You might call him obsessed or just a hardcore geek. Wes's obsession with gaming hardware and gadgets isn't anything new, he could be found taking things apart even as a child. When not poking around in PC's he can be found playing League of Legends, Awesomenauts, or Civilization 5 or watching a wide variety of TV shows and Movies. A car guy at heart, the same things that draw him into tweaking cars apply when building good looking fast computers. If you are interested in writing for Wes here at LanOC you can reach out to him directly using our contact form.
Discuss this article
Log in to comment
Posts in discussion: Ozone Strato USB Headset

We have 1649 guests and one member online