When the PlayStation 3 first launched it was not only marketed as a game console but also a Blu-Ray Disc player which at the time may have justified its higher price when compared to its competitor consoles. But what once seemed like a a great value  when compared to other Blu-Ray players which couldn't play video games may not seem so great now. Lite-On introduced an affordable Blu-Ray option to the PC, a gaming platform as old as the industry itself. For less than the price of a new retail PS3 title, you can now add Blu-Ray capabilities to your PC with the iHOS104. Today Lite-On has sent us one to test.

Packaging
Fairly simple packaging, nothing too fancy to skewer the price of the drive itself. The front of the box sports a fairly large manufacturer's logo, as well as some action shots of the drives features, including its read speed, compatibility, interface, and accessories.

Inside, is the typical egg-carton material housing the drive and the including manual, an SATA cable, replacable front panel, and Blu-Ray suite DVD.

Installation
The drive installs just as any other 5.25" optical drive does, requiring the mounting on either side of the expansion bay of your tower. The face of the drive should come out flat with the front of your case, the black glossy finish is a nice touch. An extra exchangeable front panel is included only this one comes in white, a great options for those with lighter colored chassis. 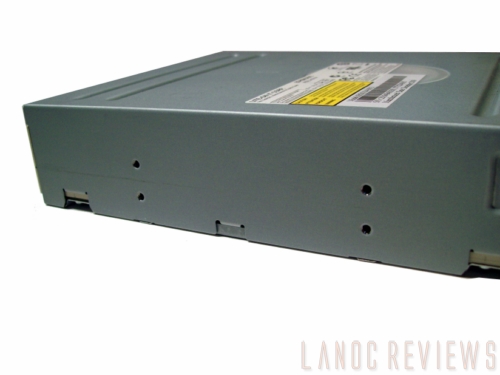 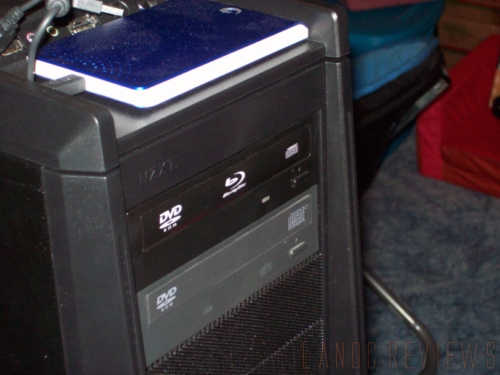 The iHOS104 runs off SATA, so you'll need to connect it to an open port on your motherboard and obviously to the power supply. A lengthy SATA cable is included, so you shouldn't have any issues connecting the drive. 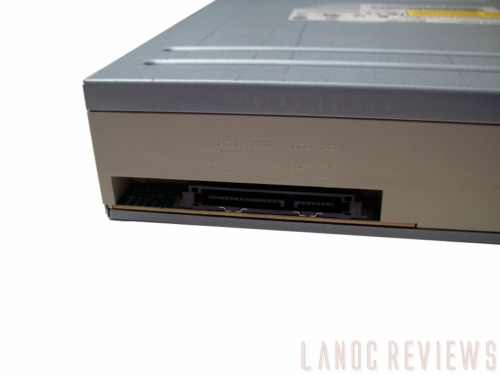 Performance
The iHOS104 is a read-only Blu-Ray device, so while you won't be able to burn new discs, you will be saving nearly half the cost of dual functioning Blu-Ray drives. The read speeds are a obviously a slower than the more expensive models, but are right on par with similar Blu-Ray drives at this price point. 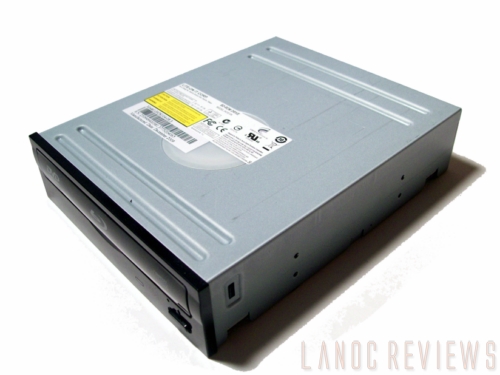 While picking up the ability to read BDs, a downside is that the read speeds for last-gen media is a little slower than DVD drives as well, which are considerably cheaper. For instance, a DVD model priced at about $20.00 has a CD-ROM read speed of 48X and DVD of 18X, while the iHOS104 only has 32X and 8X, respectively.

The software not only creates a theater in which you can watch Blu-Ray movies, but it will also check your system to make sure everything is compatible before installing. Once installed, you can play BDs along with a variety of other functions, such as capturing a frame and speed alteration. 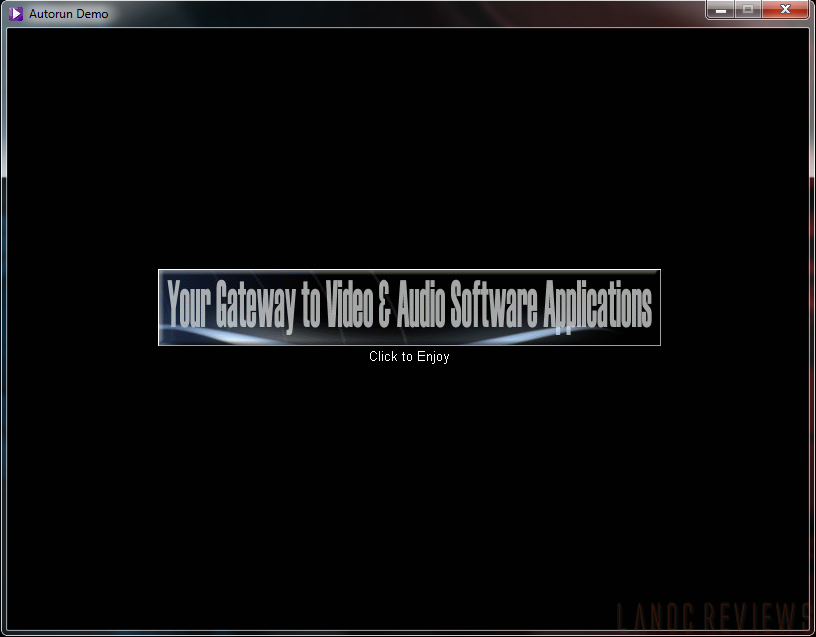 Overall
While it's true that the iHOS104 may not feature the read speeds of other drives on the market; Blu-Ray playback at this price point is pretty unbeatable and plenty worth sacrificing speeds that the majority of users won't even notice. Especially since write speeds aren't normally part of the equation. If you're looking for a Blu-Ray option, the iHOS104 from Lite-On will get you what you need with the least amount of damage to your bank account. 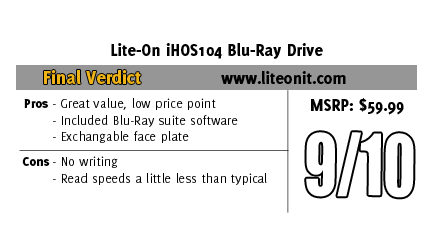 Author: Lersar
Contributing Editor / Event Staff
Adam is a big proponent of LAN parties, esports and speed-running, and helps organize our semi-annual LAN events. He has covered hardware and software reviews of a wide variety, but most content these days come from event coverage, such as other LAN parties.
Discuss this article
Log in to comment
Posts in discussion: Lite-On iHOS104 Blu-Ray Drive