With the SSD market growing it wasn’t a surprise when Western Digital joined the market recently with their SiliconEdge Blue SSD. Even with the prices dropping SSD’s are still out of range for most enthusiasts. The only way most people can pick them up is settling with a 30 and 60 GB SSD, of course this leads to a balancing act trying to keep from filling up your SSD. Today Western Digital is introducing their newest version of the Velociraptor, a 600GB (or 450GB), 10k RPM monster than should hold anything you need without any worries. 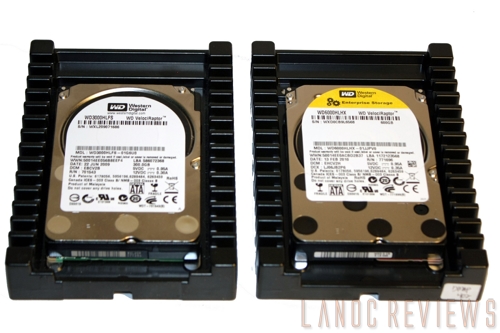 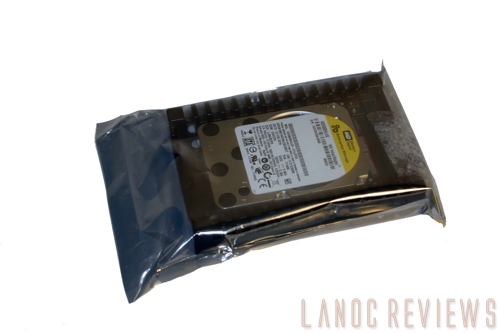 It’s not all about capacity, if it was I wouldn’t even be looking at their newest Velociraptor, I would be drooling over the very large and fast Caviar Black that we reviewed a while back. This new and improved version of the Velociraptor is more than just a boost in capacity. The new drive uses the newest 6 GB/s SATA interface, an improvement over the old 3 GB/s SATA II the 300GB drive used. The larger capacity was made possible with three platters than hold 200 GB’s each, the 300GB version sported two 150GB platters. The larger platter capacity may mean a performance increase; to find out I put the Velociraptor to the test up against a variety of high performance drives. Here are the results 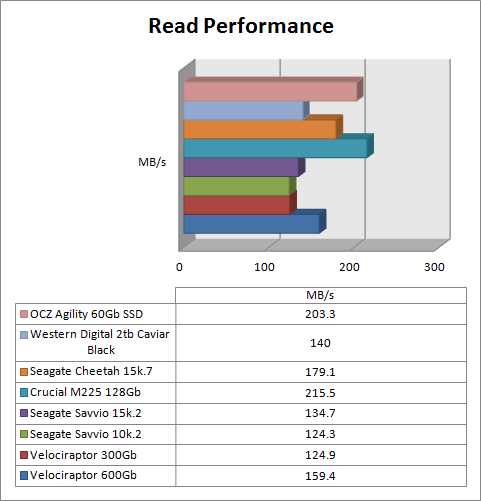 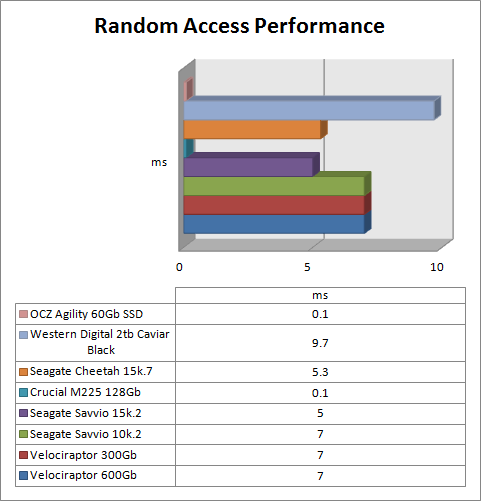 As you can see the Velociraptor is a major improvement over its smaller capacity brother. The Random Access performance of both drives were the same, also matching the 10k RPM Savvio drive from Seagate. The drive doesn’t outperform the very expensive 15k Cheetah or the SSD’s but it did outperform all of the other drives. 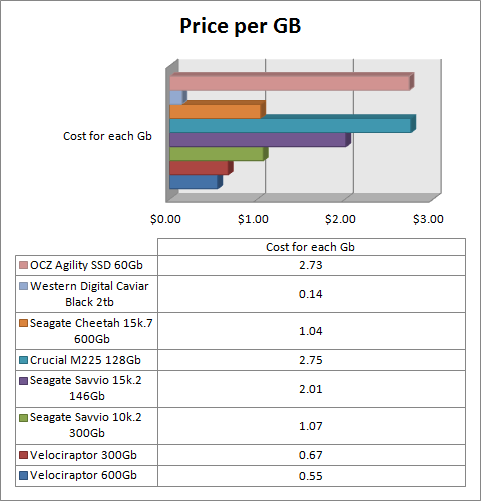 Make no mistake, this is an enterprise class hard drive tucked away in a large heatsink. Even when testing out of a case noise was never an issue. The large heatsink that is attached to the 2.5 inch hard drive keeps it ice cold while helping it fit in a standard 3 ½ drive bay. 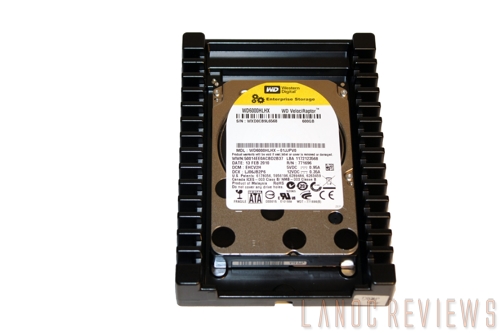 I included the price per GB graph to give everyone an idea of the value of the new Velociraptor. A MSRP of $328 for the 600 GB and $299 for the 450GB may seem a little pricy. But when you figure the capacity and performance you get, it’s not a bad deal. The Velociraptor is for the enthusiast who doesn’t want to compromise capacity with their performance. When I first heard Western Digital was bringing out an update to the Velociraptor I was hoping to see a switch to the ultra-fast 15k RPM drives, but they did manage to pick up a nice boost over the last models. It looks like the standard hard drive still has a little fight left in it! 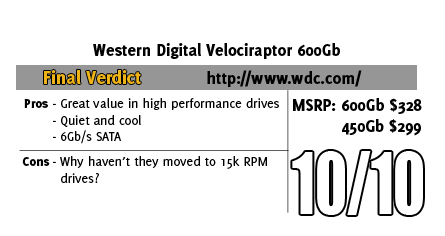 You might call him obsessed or just a hardcore geek. Wes's obsession with gaming hardware and gadgets isn't anything new, he could be found taking things apart even as a child. When not poking around in PC's he can be found playing League of Legends, Awesomenauts, or Civilization 5 or watching a wide variety of TV shows and Movies. A car guy at heart, the same things that draw him into tweaking cars apply when building good looking fast computers. If you are interested in writing for Wes here at LanOC you can reach out to him directly using our contact form.
Discuss this article
Log in to comment
Posts in discussion: Western Digital Velociraptor 600GB